Hi, I'm Jimmy! Is there anything better than your dog's unconditional love and loyalty? My pack over the years has included Chipper and Mindy when I was a kid to Piper, Shelby, Kelsey and Skylar over the past 25 years. I've trained all the basic commands (a few tricks) and been through an obedience class. Let's get Wagging!

Hi, I'm Karen! I've owned and been around dogs my entire life. I have experience with dogs of all sizes and ages, most recently having helped managed a busy kennel in a local Veterinary Hospital/Boarding Facility. I currently raise and train guide dogs and service dogs. I will treat your dog with love and care, as if they were my own and I will make sure that your Wag! experience is a positive one!

I am a true animal lover. I have raised several canines in my lifetime. I have over 30 years experience. I believe that our pets are our family. I am dedicated to the care and safety of your pets just as they were my own! I am reliable, punctual and flexible. I live with a Great Dane 1 yrs old, Chiweenie and one very verbal cat! Everyone lives in Harmony. I keep everything Inspection ready. Pets are my Pals

“I treat your dogs like they are part of my family!”

My name is Ryan, I have been a dog owner, pet sitter and dog Walker for over 20 years. I have had all size and types of dogs, starting with my Shih Tzu Benji, black lab Benny, Golden Scout, and my last dog an American Dingo named Rabbit. I am local sports official that likes staying active and loves dogs. Your pup of any size will be in loving hands with me. Look forward to meeting your best friend.

“Dogs do speak, but only to those who listen.”

I am an avid animal lover who has always had a pet throughout my lifetime. In the past, I was a foster parent for a local dog rescue. I will treat your fur baby as well as I treat my own.

I am a mature reliable female who loves dogs and loves to walk. I would be the perfect walk buddy for your precious pooch

“All of my clothes are covered in dog hair..”

I have been in the pet care business professionally for almost 10 years, working as a dog trainer and primarily a veterinary technician. I am certified in pet CPR, have experience handling pets both large and small, and have experience working with pets that may have special needs whether it is behavioral or medical.

Hi, My name is Chaya! I have a dog of my own he is a mini Aussie. his name is Toby and he is only 5 months old and very high energy so I have experience with high energy dogs! I know have loved dogs ever since I was young, as soon as I could start walking and dog sitting I did! I have volunteered at an animal shelter and a pet store on several occasions! I love exercising and dogs so what better than this!? I would love love love to walk your dog and care for them more than anything!

“Loving dogs is my favorite hobby”

Hi! My name is Maria, I’m 27 years old and a dog mom of 2 loving dogs. It’s my pleasure to share my love of animals with everyone I meet, especially your pets! I have been around animals since I was a little girl and have been dog boarding and walking for a year and I really love it! Since I treat my dogs as part of my family, I understand the importance in love and affection toward your pets. I’ll make sure your pets get the exercise and love needed while you’re away!

As a natural animal enthusiast, dogs have always loved me and I love them! Big dogs are my favorite but I’m not that picky! Nothing sounds better than a little exercise while hanging out with a buddy! Hope to meet many new friends soon

New Port Richey is a quaint, suburban town in Florida's Pasco County, typically thought of as the gateway to bigger cities like Clearwater, St. Petersburg, and Tampa. Situated on the Gulf, this city is gaining traction for pup-friendly establishments, doggie activities, and canine events.

The area is supported by a handful of doggo organizations, agencies, associations, and groups. One of the most popular, the Humane Society of Pasco County, is a huge organization that has been active since 1982. Pups and kittens can expect unlimited stays at this organization as this is a no-kill, humane shelter.

Another big organization in the area is the SPCA of West Pasco, also called the Society for the Prevention of Cruelty to Animals. This establishment has been saving lives since 1964, and it's estimated that thousands of pups and kittens have been spared and rescued under their care. The dedicated staff here make sure that pups have access to vet care, tons of attention, clean food, a place to sleep, and lots of love. This organization specializes in pooches that have run out of time at other shelters, saving them from euthanasia. 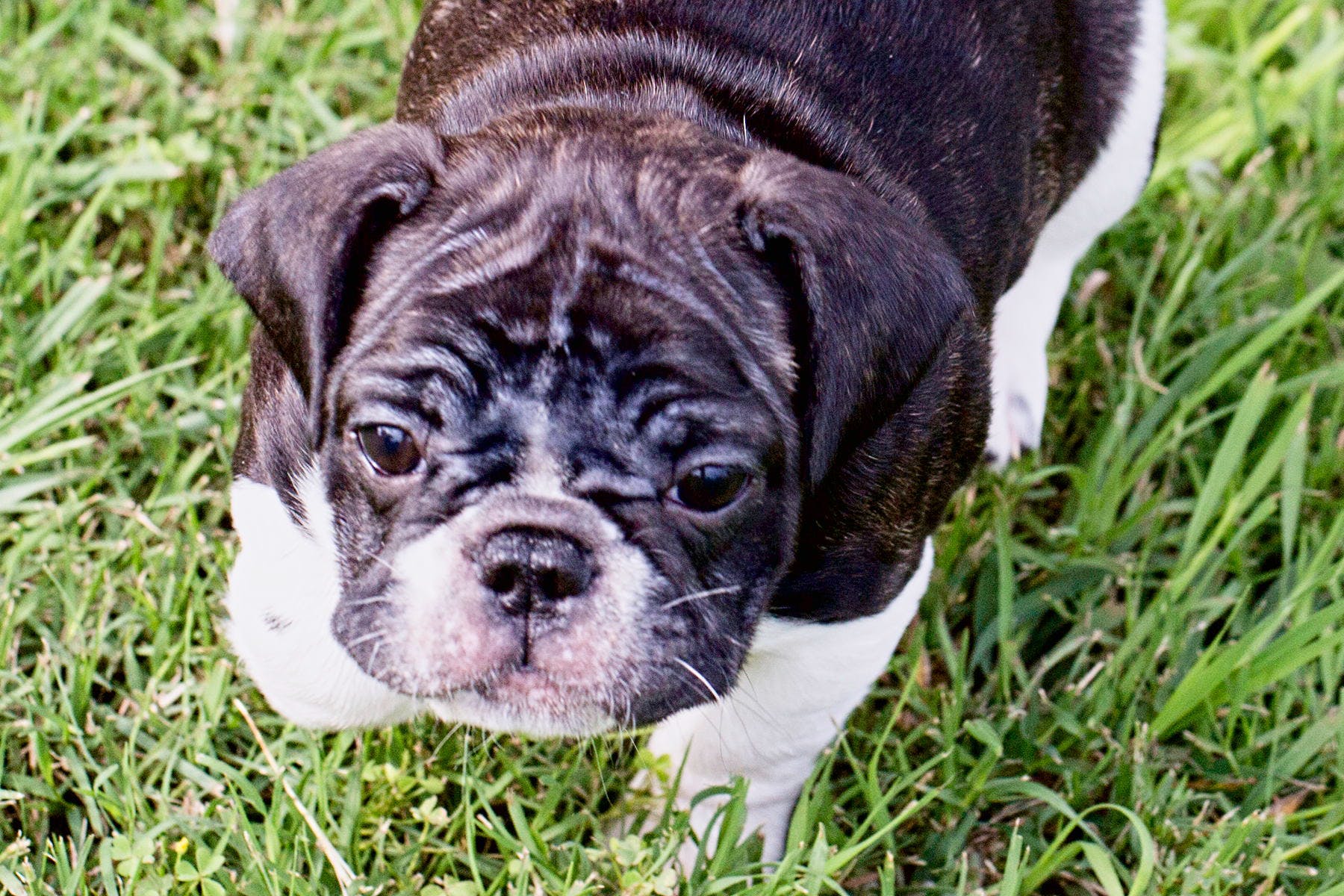 The Annual Barktoberfest Super Adopt-a-thon Event is back! You and your pup can join all of the New Port Richey canines for a day full of music, food, vendors, dog agility courses, costume contests for your pup, a most-unique pet contest, and endless opportunities to bond with your pooch!

The free event is hosted by Paw Wash Plus Inc. as an effort to raise money for local, non-profit rescue groups. 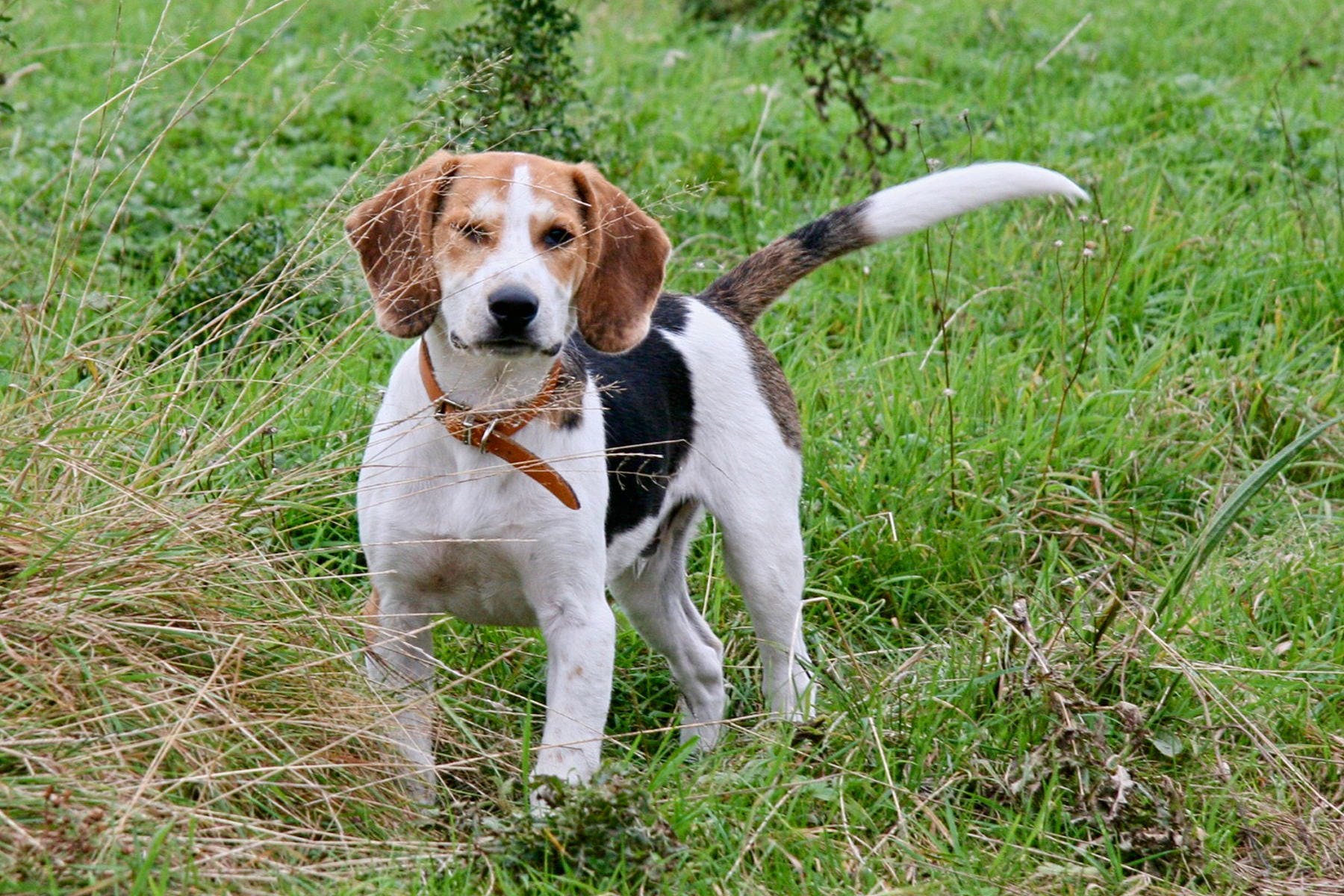 This annual event is a tail-waggin' good time for you and your pooch, and luckily, it takes place on the same day as the Barktoberfest! You and your pooch can join in the running fun and participate in either a 5k race or a 1-mile fun run to help raise funds for local non-profit pet organizations. For $25, you and your pup will gain access to the race, receive a special event shirt, and also a participation medal to commemorate the day!

Prizes are available for the fastest dog (attached to a person), most festive canine, and special age-group awards.

Don't miss out on this event, and hang around after for Barktoberfest! 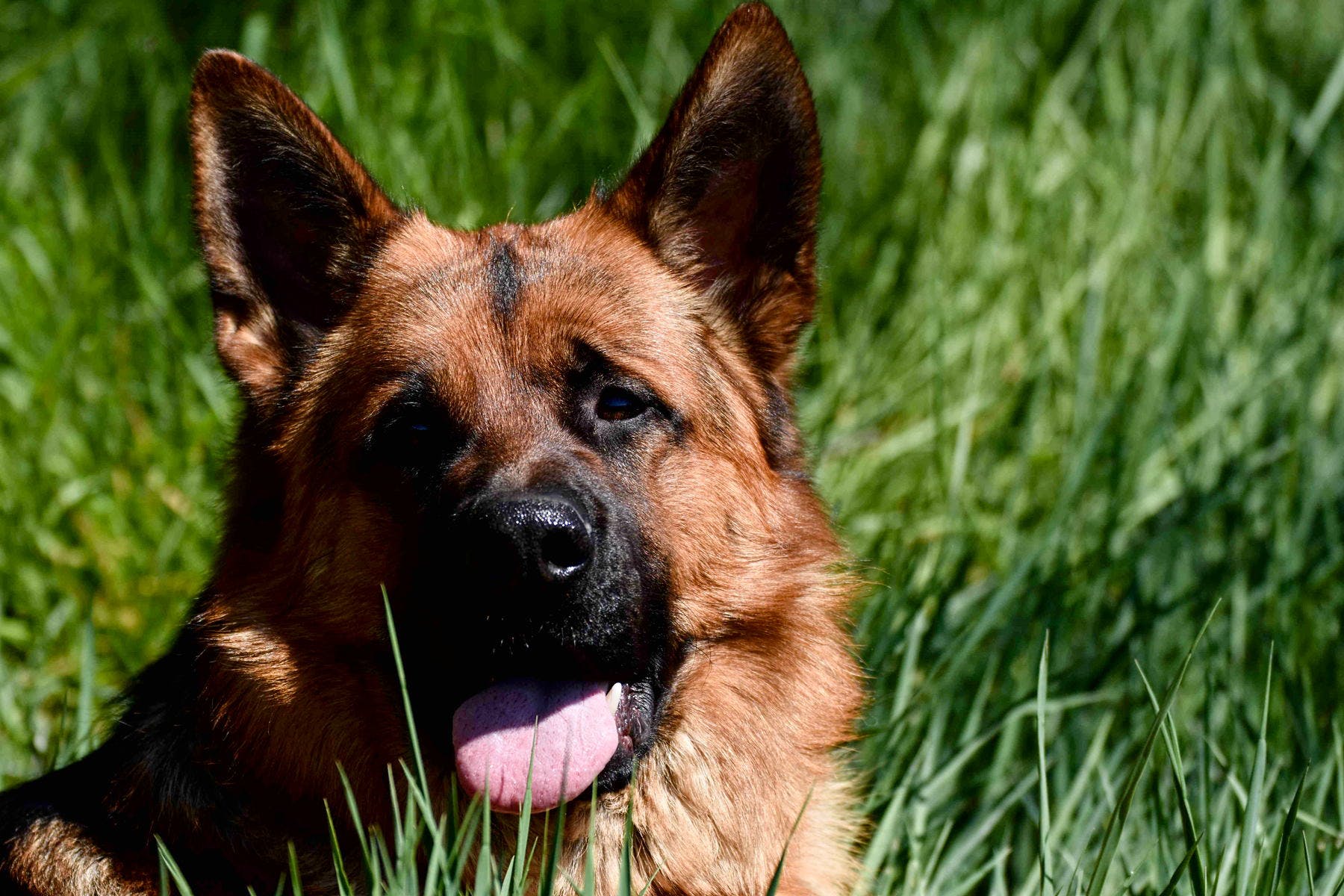 What is more fun than going out for dinner with your dog? While New Port Richey may not be the most advanced city when it comes to pet-specific events, they certainly don't slack when it comes to puppy-friendly eateries. The list is almost endless. Check out New Port Richey spots like  Caposey's Whole Works Restaurant, Fitzgeralds, Estela's Mexican Restaurant, and the restaurants off Main Street like Rose's Bistro. Don't forget to keep your polite pups on leashes! 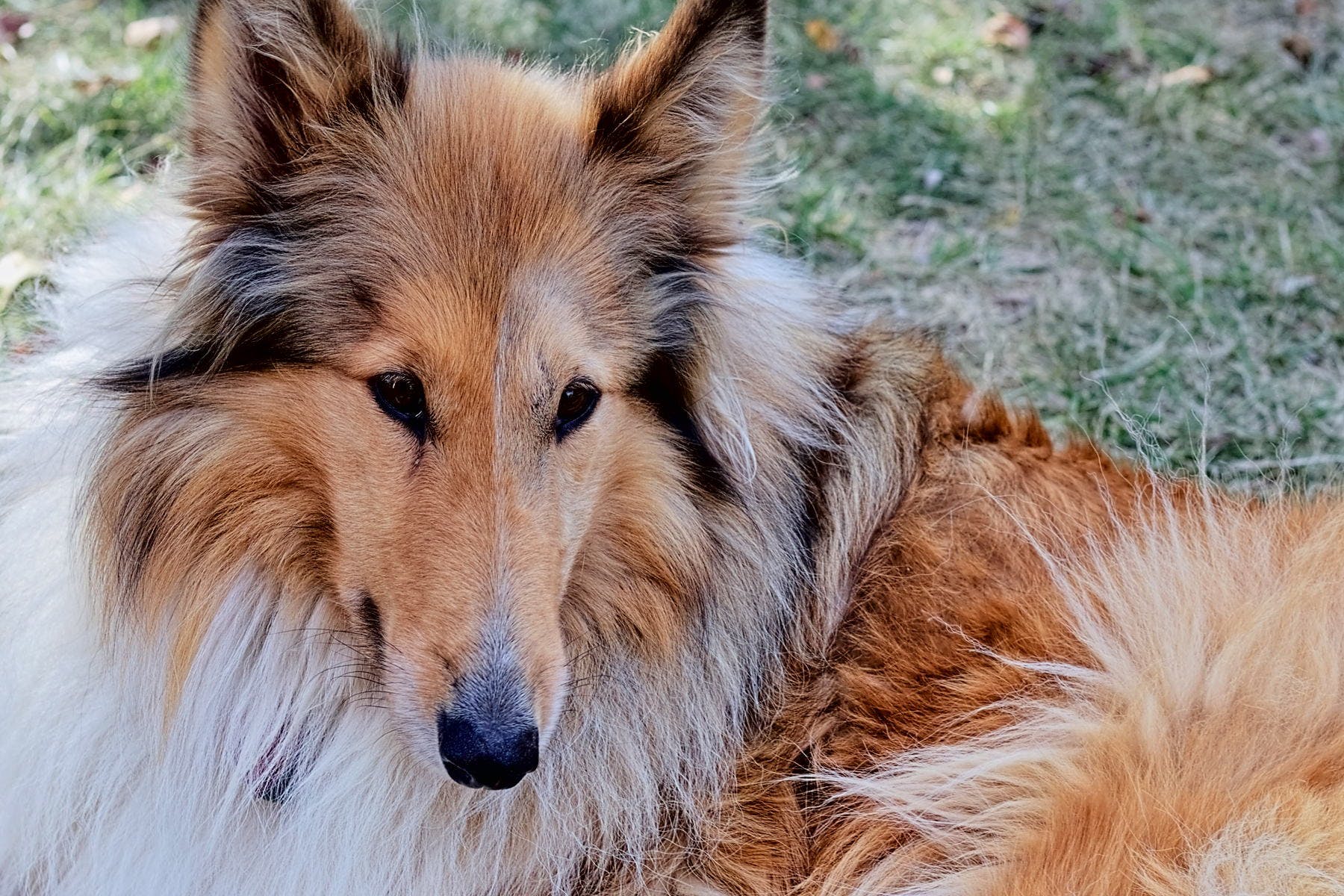 Do you and your pooch have a nose for adventure? Then New Port Richey has the pup-friendly park for you. While there are a handful of dog parks that are fenced in, off-leash, and packed with other pups (like Meadows Dog Park), Jay B. Starkey Wilderness Park is for leashed pups who want to play explorers! You and your curious canine can trot through over 8,000 acres of nature trails, enjoy the day-use area,  and even bike along the trails that lead all the way to Suncoast Parkway. Make sure you keep your pup leashed and clean up after him! 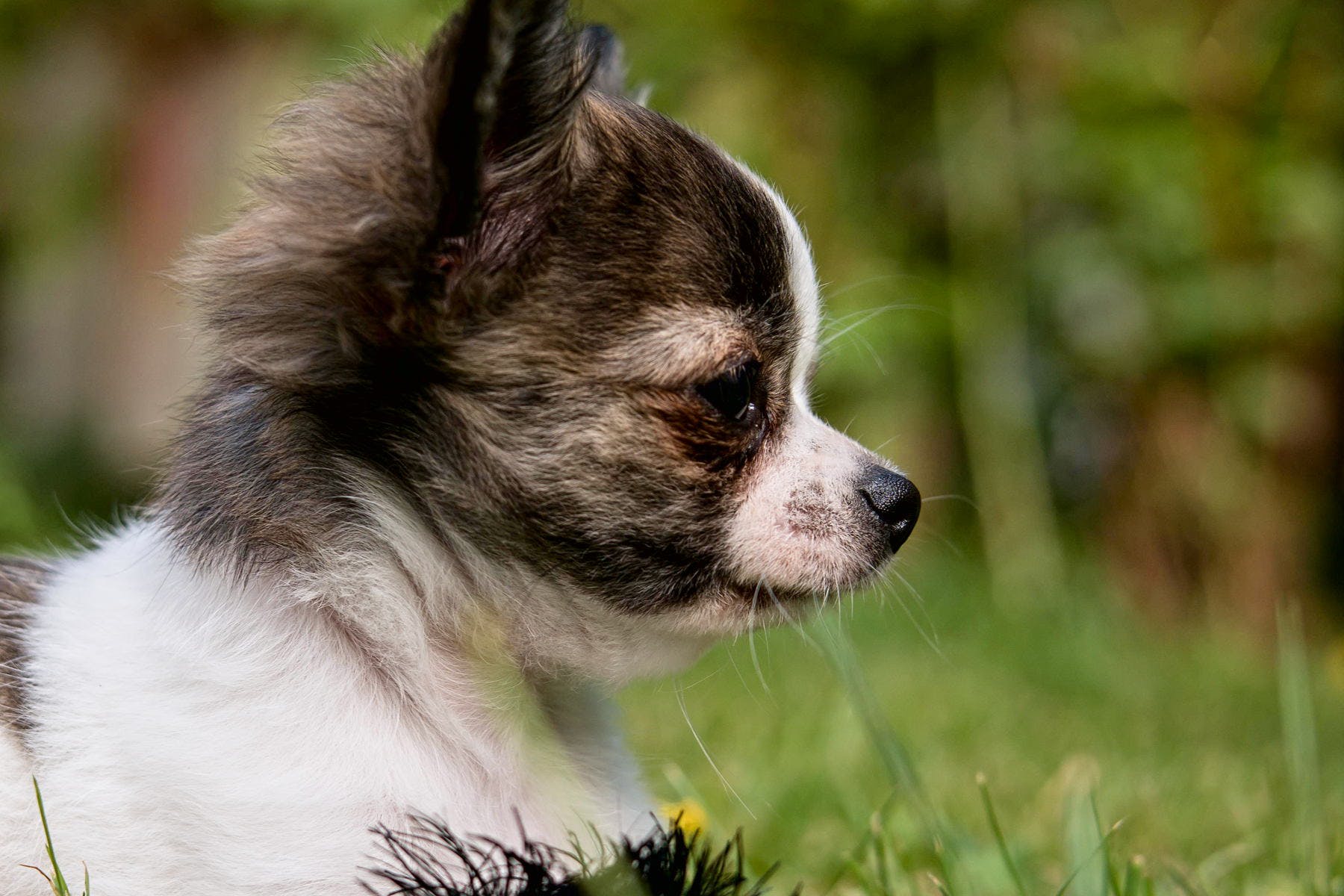 If you've got more of a bougie bow-wow who'd rather enjoy the finer things than traipse around outside in the mud, New Port Richey has the spot for you! Enter, Doggie Cakes, a boutique bakery specifically for your pooch. The treats baked at this fancy bakery are 100 percent human grade and contain no preservatives. The pup-treats are made fresh prior to each sale from recipes that have been taste-tested by copious amounts of canines. You and your pup can explore the shop, pick from a variety of dog cookie shapes, flavors, and sizes, and enjoy them together!