“Best job ever and I love the company of a dog!”

I have lived in Orange Park, FL for 15 years. I've been around dogs most of my life. Currently we own a Shih Tzu, a lab, and 3 cats. All of which are very spoiled. I frequently watch my neighbor's animals. She has a dog, 3 cats, and 6 chickens. I love animals and the only time I enjoy walking is when I'm in the company of a dog.

“A happy tail is a happy dog”

My name is Janae and I am a 26 year old San Diego native living in Jacksonville, FL. I love animals (dogs the most) and have two of my own special fur babies. Cooper, 5, is my very sleep addicted terrier mix. We love going to the dog park and I have even started a blog dedicated to exploring Jax with our paw pals. I have taken on a few jobs dog sitting in the passed 3 years and have enjoyed it very much. I cannot wait to meet your fur babies!!!

“Bringing a smile to all dogs.”

Hello! I am Agnes and I have 3+ years of experience in walking and petsitting all types of dogs. I have never owned a dog but have always wanted one. I can't wait to meet your dog!

“There’s nothing better than a happy floof!”

When it comes to pups I’m good with all sizes, all shapes, and most energy levels. I’m not just a walker, I’m a pet sitter. Have a reasonable request, just ask. I’ll do my best. I’m as detailed as possible during my visits and in the reports I send.

“Giving service that is pawsitively perfect!!”

When you think of a total animal person, that’s me! I was raised around animals of all kind- dogs, turtles, hamsters, you name it! I currently have a dog, 5 cats, and a rabbit. Fur babies make my heart happy and I will do everything I can to give your pets the best care possible!!

Hi, my name is Norma and I want to walk your best friend. I currently have two dogs, Rumpelstiltskin and Pixie, and I have walked them every day for 9 years. I'm looking forward to meeting your dog!

I love being outside, so I'll be happy to take your best friend wherever they want to go. I grew up with pets, I've attended dog training courses, and there's never been a time in my life when I didn't have a dog. I believe in safety first and following the rules, so I'm practiced with canine first aid and well-versed in walking guidelines. I'm pretty flexible, so if your dog has any special needs, or if there's anywhere in particular you'd like your dog to visit, just let me know. 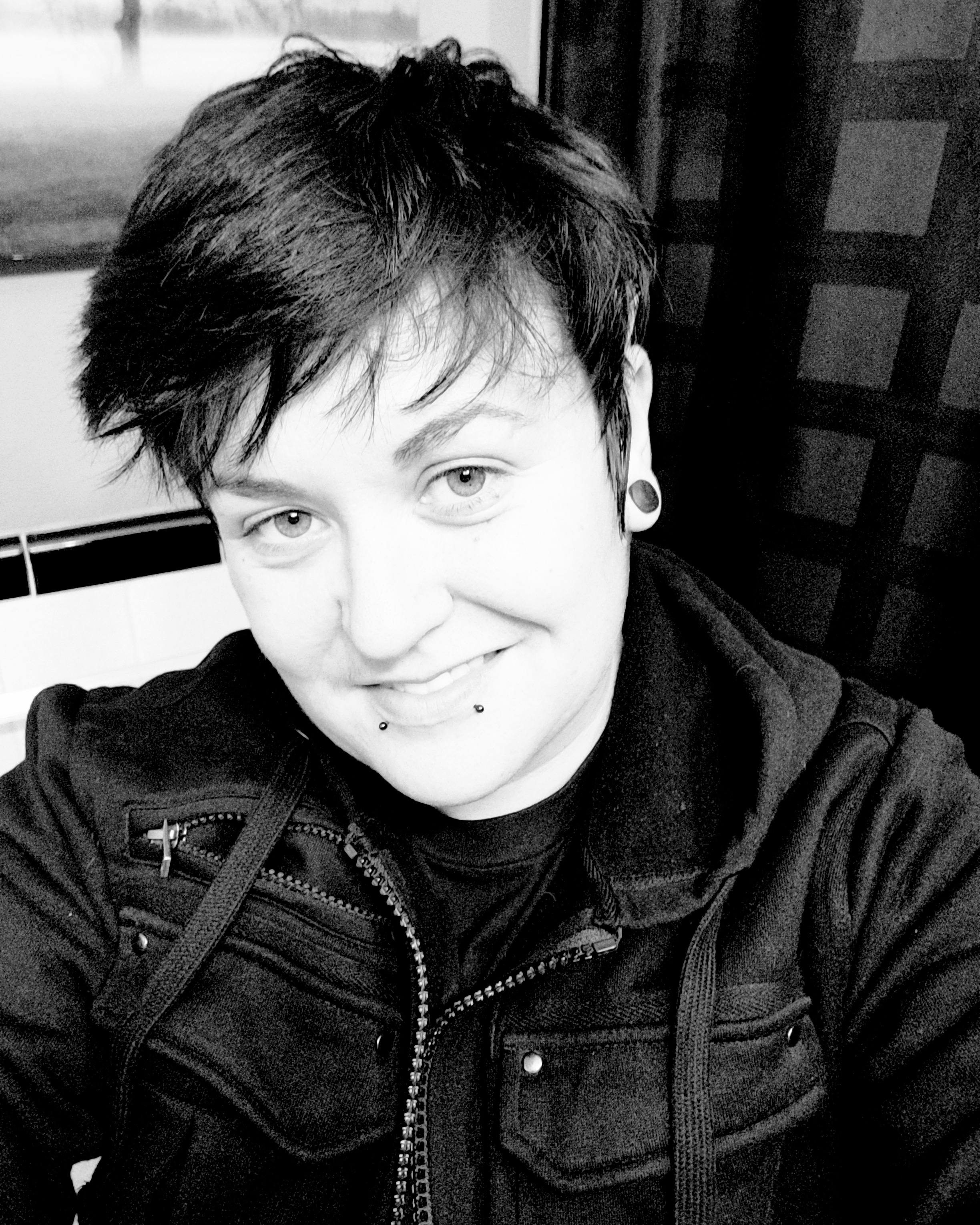 I've worked with dogs, cats, reptiles, you name it my entire life. I'm naturally observant and notice the things most wouldn't about a pet that is not theirs. I've been informed my many fur parents that their babies are timid of people, don't usually approach them but I seem to have the opposite effect on them. I think it's my patient demeanor. Animals know a patient and kind soul. Many animal lovers are kind and genuine but not all have true patience and understanding.

“anybody need a dog walker? It’s me, I’m the walker”

Hello! My name is Kayla and I’m truly excited to be a Wag! Walker. I love working with animals even the non furry kind! I have been walking dogs with wag for about 3 years now and I absolutely love it, I try very hard to make sure everything goes smoothly with the pup and the owner. Thank you for letting me walk your beautiful pup!

Hi everyone, my name is Kimberly and I love DOGS! To be able to walk dogs daily is a joy and a pleasure for me. I have several years experience with friends that allow me to sit for their fur friends. I look forward to walking yours. Kimberly

The town of Baldwin, Florida is located not far outside of Jacksonville. In fact, back in 1968, many towns nearby actually consolidated with Jacksonville. Only four towns didn’t: Atlantic Beach, Neptune Beach, Jacksonville Beach, and Baldwin. During the Civil War, Baldwin was burned down after a battle between Federal troops and the local regiment. It took locals ten years to build the city back up to what it was. Baldwin currently serves as a terminal of four railroad lines; none of them are for passenger trains, though. It’s safe to say that today, Baldwin is a hustlin’ and bustlin’ little town.

If you’re looking to enjoy a day out with your furry family members, though, you might need to travel out of Baldwin. The town has no bark parks or dog-friendly restaurants. Don’t fret just yet, though. Jacksonville, which is only about 20 miles away, has a plethora of opportunities for you to have a pawesome day with Fido. There are also some more options in other nearby towns. Baldwin does, however, have a veterinarian clinic, so if you need care for your dog, you won’t have to search too far to find it.

Baldwin is a small town that’s big on charm; make sure you and Fido swing by!

Biltmore is a Jacksonville neighborhood that’s located about 20 miles east of Baldwin. Here, you and Fido can access the Jacksonville-Baldwin Rail-Trail. Locals recommend starting at the Biltmore end of the trail if you’re a newcomer. This trail is nearly 15 miles long, so it’s not recommended that you try to trek the entire length unless you’re an experienced hiker. Jacksonville-Baldwin leads you through various landscapes, including both paved roads and swamps. Make sure you have a leash for your pup and wear comfortable shoes. Locals have spotted snakes on this trail, so always exercise caution and keep your eyes open!

Jacksonville’s Five Points neighborhood is about 25 minutes from Baldwin, and you and your dog will pawsitively love spending a lazy Saturday here! Riverside Arts Market is a farmer’s market that’s dog-friendly. While you shop for delicious fruits and veggies, Fido can get a walk in. He’ll need to be on his leash, of course. Once you’re done shopping, head on over to Black Sheep to grab some grub. This dog-friendly eatery prides itself on serving Southern cuisine with an international twist. All of the outdoor tables are dog-friendly. We bet you and Fido will be drooling in no time!

About 30 minutes outside of Baldwin, you and Fido can visit Hogan Creek’s Confederate Point Dog Park. This bark park has locals practically howling about how much they love it. This spacious park has plenty of room for your playful puppy to run around with his new furry friends. Water is provided by the park, so there’s no need to worry about all the Florida sunshine if you forget to bring some along. You will want to bring along waste bags to clean up after your pooch, though. No one wants to step in any mess that gets left behind!

You might not like the sound of driving 40 minutes to get to Dogwood Dog Park, but we’re certain Fido would appreciate the trip! Dogwood Dog Park is a massive 42-acre bark park that includes a two-acre lake for your pup to take a dip in. That’s one way to escape the Florida heat! If your dog doesn’t enjoy going for a swim, no problem. Most of the park consists of open fields, which are pawsitively perfect for playing a game of fetch or tag. Parts of the park can become muddy after a heavy rain, but you don’t have to worry about dirty paws; there’s a wash station for easy clean-up.

The San Marco neighborhood is located about 30 minutes from Baldwin, and it’s home to even more dog-friendly restaurants. Maple Street Biscuit Company has dog-friendly patio tables. This restaurant prides itself on serving comfort food classics as biscuits! Try the delicious fried chicken biscuit, or maybe a classic bacon and cheese biscuit. Taverna is another dog-friendly restaurant that you'd be barking mad to miss. Its menu is described as a mix of Italian and Spanish dishes. We hear the homemade ravioli is absolutely mouthwatering, but locals also rave about the homemade pizza. A leash is required for Fido at both restaurants. Bone Appetit!