I'm a big dog lover. I've had dogs for the last 19 years. My recent dog is a rescue dog from the SPCA. I care for my baby girl likes she's a human. She's my life and I like to share that love for your dog. 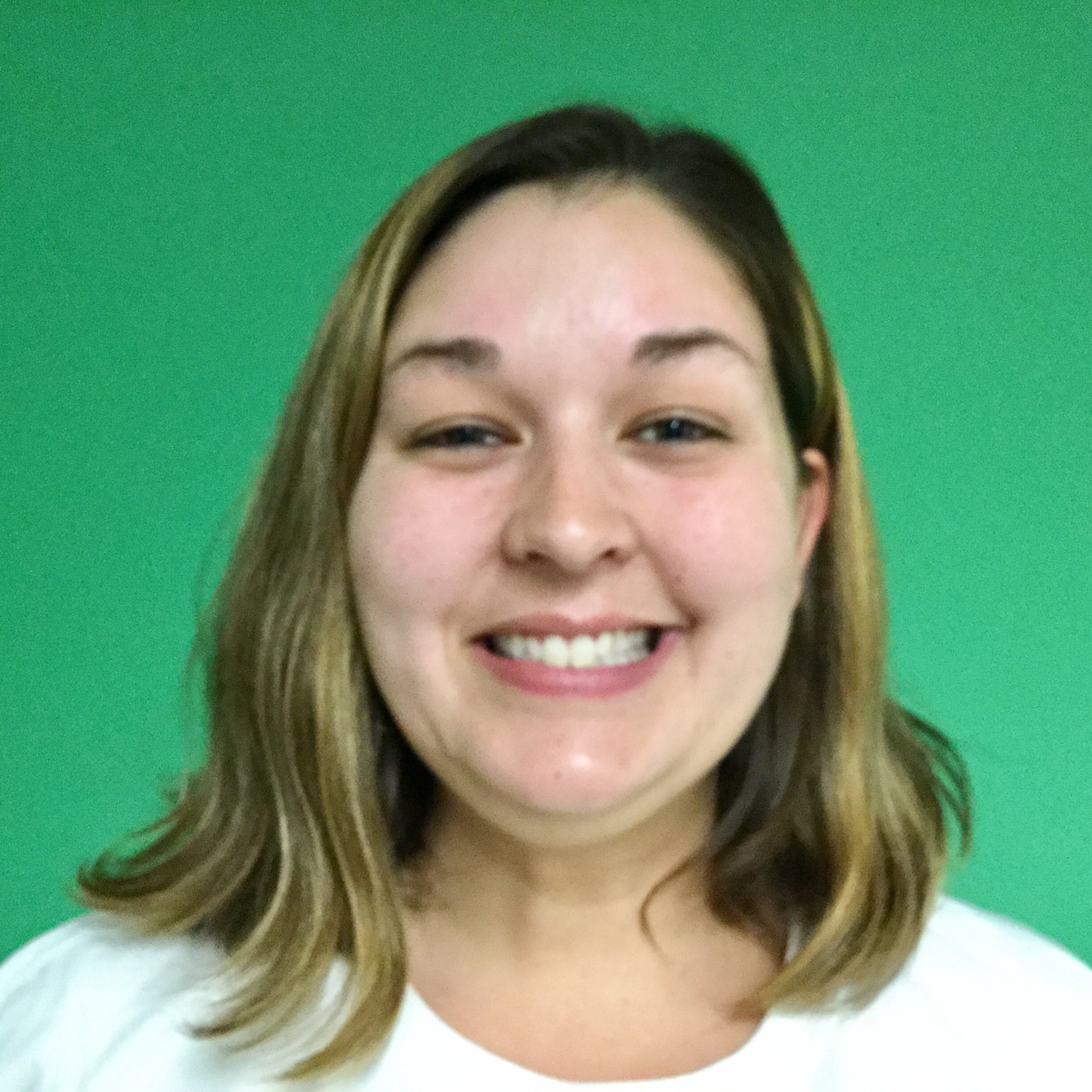 Hi my name is Tawni, I have had dogs all my life. I have had 3 liters of Pitt bulls born in my former home. I've fostered dozens of different dogs over the years. I have a 2 year old Chihuahua Besinji named Boomer! I love dogs and I love to walk!! Wag has helped me loose over 50 pounds and keep it off! Thank you all!!!

“A pal to every pup and a friend to every feline.”

Hello, my name is Phil, your dog's new best friend! I have worked on the kennel side of an animal hospital, running their doggie day care. I also once ran Funny Bone Pet Sitting, Raleigh's original comedian run pet sitting and dog walking service.My audiences usually say my comedy is for the dogs, your dog will agree.

“Every dog deserves the best care!!”

Hi! My Name is Cate and I live in Raleigh with my husband and my two dogs- A Rottweiler/German Shepherd mix and a Husky. I have grown up with dogs and have pet sat for many families throughout the years. I will adjust to you and your dogs needs, and will pay attention to instructions and how your dog likes to walk! I love dogs of all shapes and sizes and am sure to give the best care and have fun with your dog! :)

Hi. My name is Theresa and I have had dogs most of my life. I LOVE dogs and most all other animals. I love being around them which is why I want to walk them and care for them. Family friends have trusted me with their beloved dogs. Most recently a neighbor of mine asked me to walk and care for her Border Collie after only knowing me a few weeks. Her dog loved and trusted me and I loved her. Please know that I LOVE all my furry clients even if I'm not always available to walk them.

Hi, my name is Nicole and I currently live in beautiful Raleigh, NC and I love dogs! I have the cutest 8 year old mutt named Vida and have grown up loving and caring for pets my whole life. I dog sit and board for friends, co-workers and I am a preferred walker with WAGS. When I care for your fur baby you can bet they are in good hands. We go on fun walks, hiking, or play in the back yard. I have so much experience with all types of breeds and I truly love animals so very much. 5 STAR RATING!

Hello, I'm Tuan. I recently retired from a long career as a software engineer in RTP. Now, my daily exercise is to walk and explore the various neighborhoods in the triangle. I'd love to have your dog as my companion. The walk will do both of us good. I grew up with dogs and cats always underfoot. Unfortunately, my kids have pet dander allergies so no pets in the house for the long term. My wife and I handle our addiction by doing fostering weekends for one of the local shelters.

Hi there! I'm Jessica and I absolutely adore animals (especially SLOTHS). No matter the breed, disability, or temperment your pup has, I strive to leave them feeling loved and satisfied! I am going to school to be a Vet Tech and my long-term goal is to work with exotic wildlife in rehabilitation centers. I can't wait to meet you and your amazing pup!

Over the years, friends and family have entrusted their precious pets in my care because they trusted my abilities and knew that I would treat their pets as I would my own. Spending my days with cats and dogs is the ultimate job. Kinda hard to even call it a “job.” Who can resist wags, wet kisses and lap naps? Certainly not me.

Hi my name is Noe! I am an animal lover; who grew up on a farm filled with all kinds of animals. I have taken care of animals including dogs, and horses at an early age. I am located near NC state campus in Raleigh, NC. I can't wait to meet your pup!

Not only does Rolesville, NC have the distinction of being the second oldest city in Wake County, it’s also one of the fastest growing. It’s easy to see why -- Rolesville is simply a great place to live. Not only does this small town have a real neighborly vibe and a strong community spirit, it’s less than a thirty-minute drive from all the opportunities and amenities of Raleigh. Rolesville isn’t bad to look at, either -- three of its lovingly preserved historic buildings are on the National Register of Historic Places, and the town is as close to nature as it is to the city.

Rolesville has one other point of interest -- if you think that geology rocks, you might be glad to know that the town sits on a batholith, and striking rocky outcrops can be seen in Rolesville itself and in its surroundings.

There’s no designated dog park in town, but you and your pooch shouldn’t have too "ruff" a time sniffing out exercise options! The parks system is the pride of Rolesville -- there are plenty of pretty places here where you two can stretch all six of your legs. There are also some fabulously Fido-friendly hiking options nearby, and if your buddy longs to lose the leash, don’t worry -- you’ll find plenty of op-paw-tunities for off-leash adventure just a short drive away!

With a green space like Main Street Park right on your doorstep in Rolesville, you’d need to be barking mad not to check it out! Located centrally at the junction of Main Street and Young Street, the park has a couple of relatively lengthy walking trails that wander through woodland. They’re pretty pawpular with local pups and their people -- your four-pawed pal might even make some new friends. As an added bonus, the paths are flat and paved, making this an accessible walk for all the family, regardless of age and ability. You can even bring a stroller! Non-furry family members might also appreciate the well-maintained playgrounds. You’ll have to bring your own bags and water, but the park has plenty of trash cans for easy and discreet clean-up.

Make no bones about it, if your furry friend likes hiking, a trip to Mill Bridge Nature Park is sure to leave them one happy hound! You won’t need to drive out to the back of beyond to get to this preserve, either -- it’s right on the edge of town, next to the quiet residential neighborhood of Clearview Estates. While you won’t get the same wilderness experience you’d have in a larger state park, the two-mile trail here does run by a pretty picturesque stream, and even features a small waterfall. There’s scope for spotting wildlife too, so you might want to keep a tight leash on your fur-ball if they’re the type to tear after squirrels!

Flaherty Dog Park is just a five-mile drive from downtown Rolesville, and this off-leash area is a real mutts-visit for you and your doggo! Tucked away in the suburban Wake Forest neighborhood of Flaherty Farms, this park has enough room in both the small and large dog areas for your fur-ball to leap about to their heart’s content. Unlike many parks, the terrain varies from flat to hilly, so fitter furry friends can charge up and down the slopes to burn off a little excess energy. Bags and water are provided, so all you need to do is BYOB (Bring Your Own Beast)!

Local trails are all well and good, but sometimes, a person and their pup just need to feel like they’ve left civilization behind. Luckily, Falls Lake State Recreation Area is just twenty-five minutes away from Rolesville, and this preserve is a pawfect place for you and your buddy to get back to nature! Your pooch won’t be allowed in the swimming areas around the vast and majestic Falls Lake, but there are a couple of trails here that feature fabulous views of the water. You’ll also find a six-mile stretch of the Mountains to Sea Trail, a sixty-six-mile route that connects North Carolina's peaks to the seashore. Don’t forget to bring bags and water!

If you and your pooch are looking for a little variety in your off-leash activities, why not hop in the car and take the eighteen-minute trip to Buffaloe Road Dog Park? This pawesome park is situated in the northern Raleigh suburb of Avington Place, right next to the aquatic center. At one and a half acres, the dog run isn’t quite as large as the one in Wake Forest, but there’s still plenty of room for even the most energetic of doggos to run around and blow off a little steam. Like Flaherty Dog Park, this one has a separate small dog area, but Buffaloe Road Dog Park has a chip-bark surface, so there’s no need to worry about your buddy getting muddy after it rains! Waste bags and water are also provided.