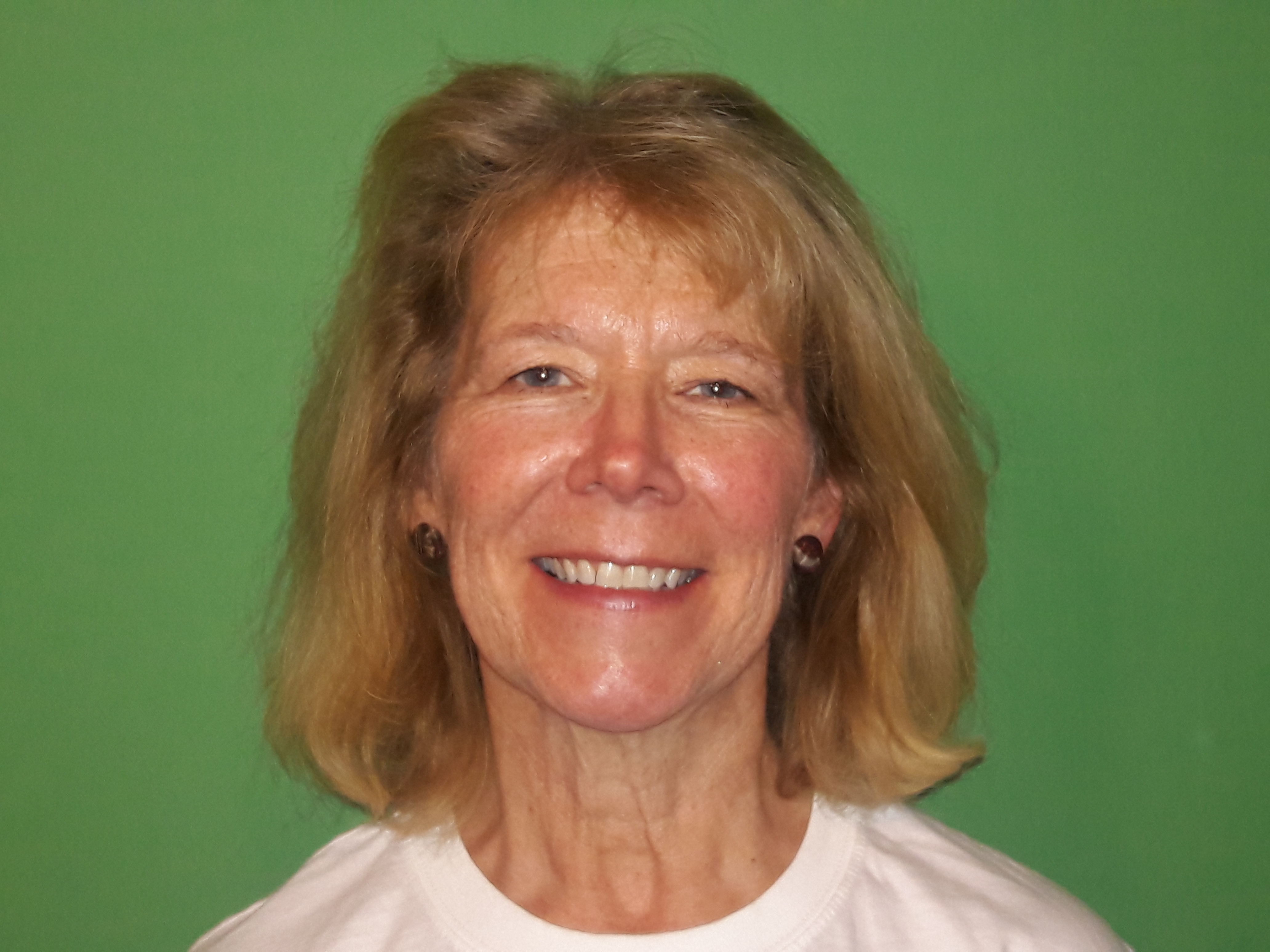 Hi, I’m Kim. I’m very excited to be part of the Wag team! Dogs have always played an important part of my life. Even during times when I didn’t personally own one, there was always a special dog or 2 that a friend would share with me. My experiences have been varied with dogs of all ages and sizes. Just like people, dogs have their own special personalities. I believe this makes for great fun to spend time with and get to know their unique behavior. Taking walks in Seattle neighborhoods is one of my most favorite things to do – especially when accompanied with a dog! I promise to take loving care of your dog so you will have a happy and healthy dog when you are home! 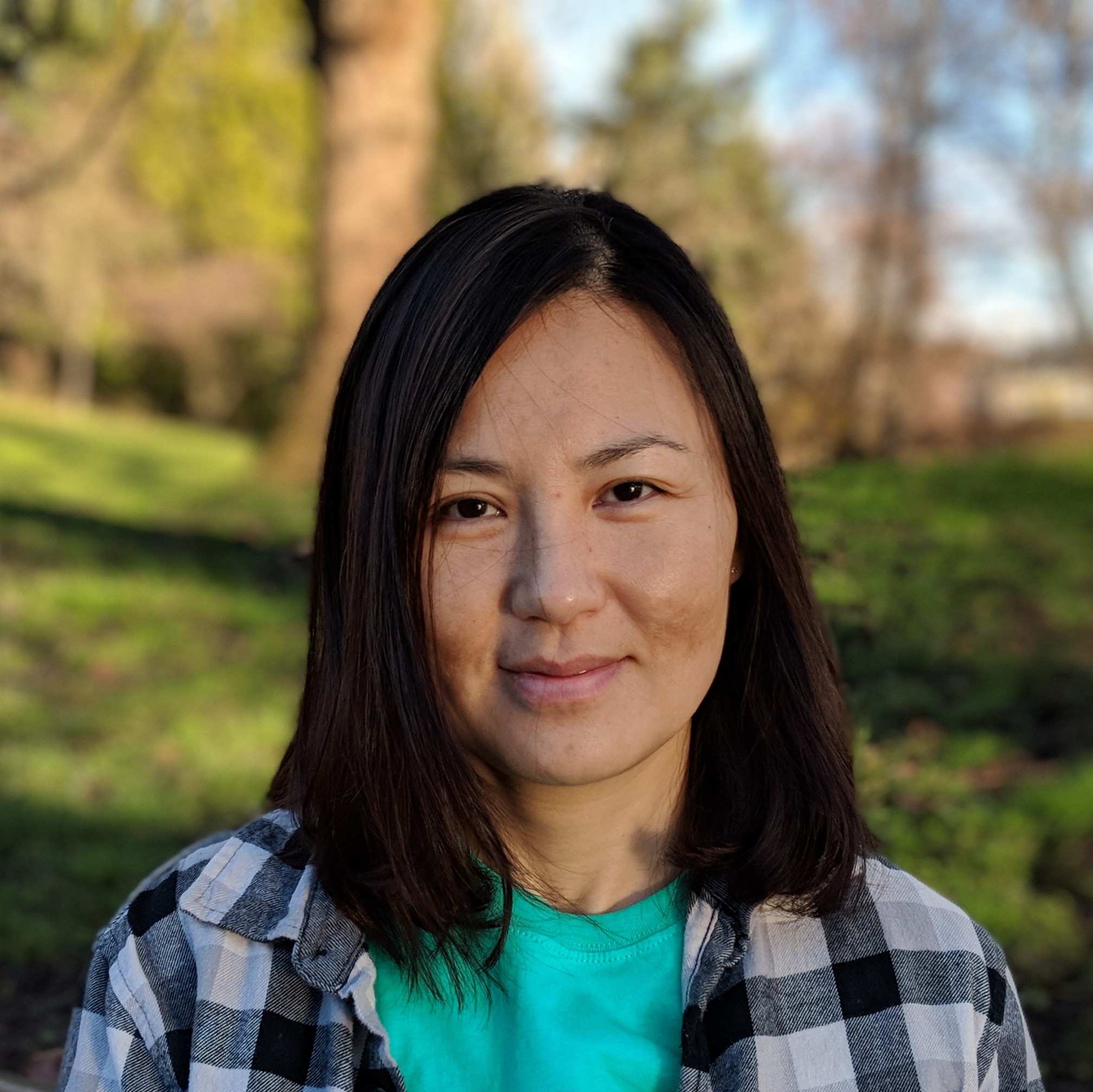 I can’t wait to meet your dog! I’ve been an animal lover my entire life and have rescued several abandoned dogs and cats from the street. I am also a vegetarian of 14 years and a certified meditation instructor. People have commented that I get along better with animals than humans as I can quickly develop a bond with animals and have a ton of patience. I am also certified in wilderness first response, CPR, and Leave No Trace. I hope to meet you and your dog(s!) soon! 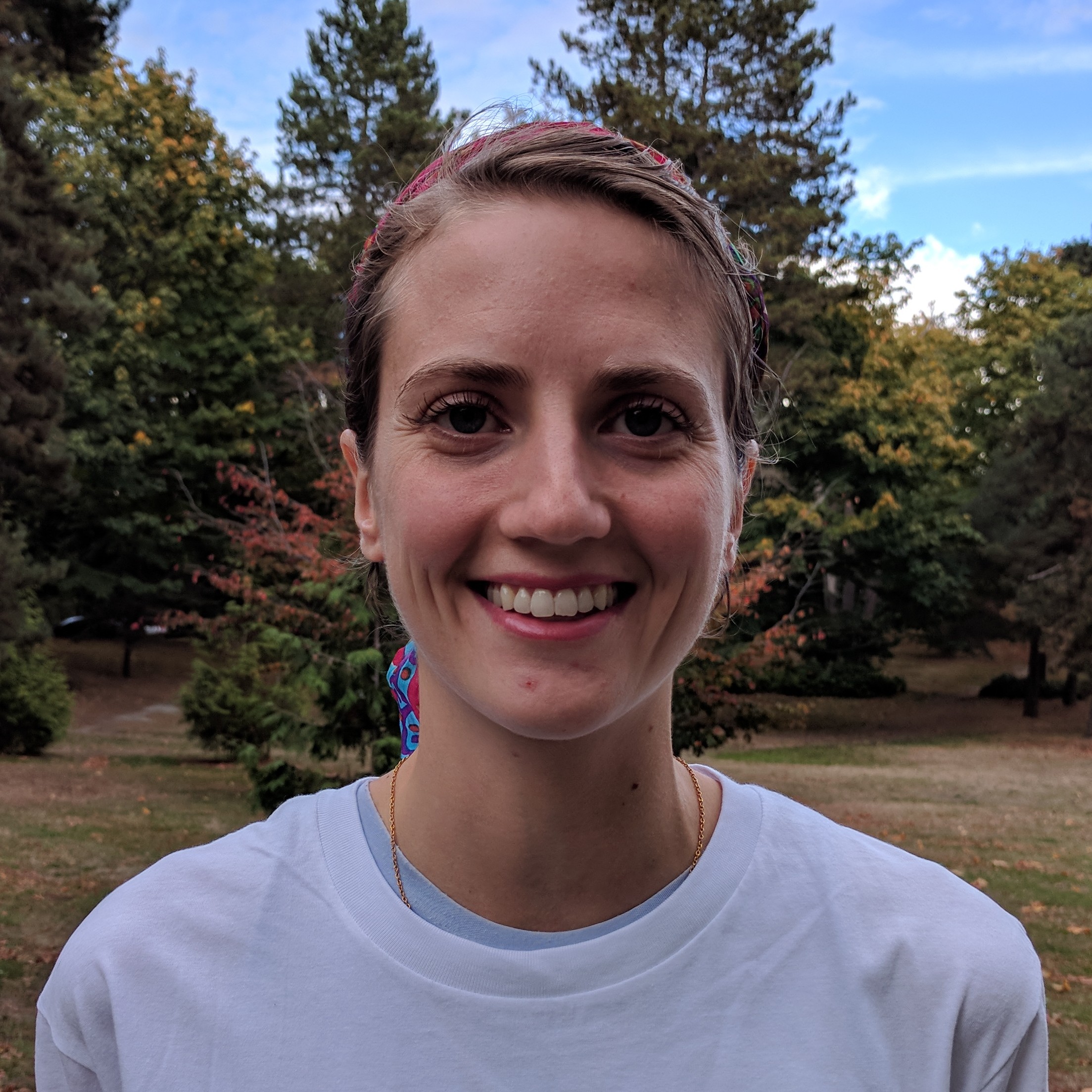 I have been around animals my whole life. As a child I studied dog behavior and training which helped give me knowledge on the proper ways to handle and interact with them. I have an excellent understanding of how dogs work and I feel I and know well how to care for them in a variety of situations. I have cared for many dogs both of my own and of others'. 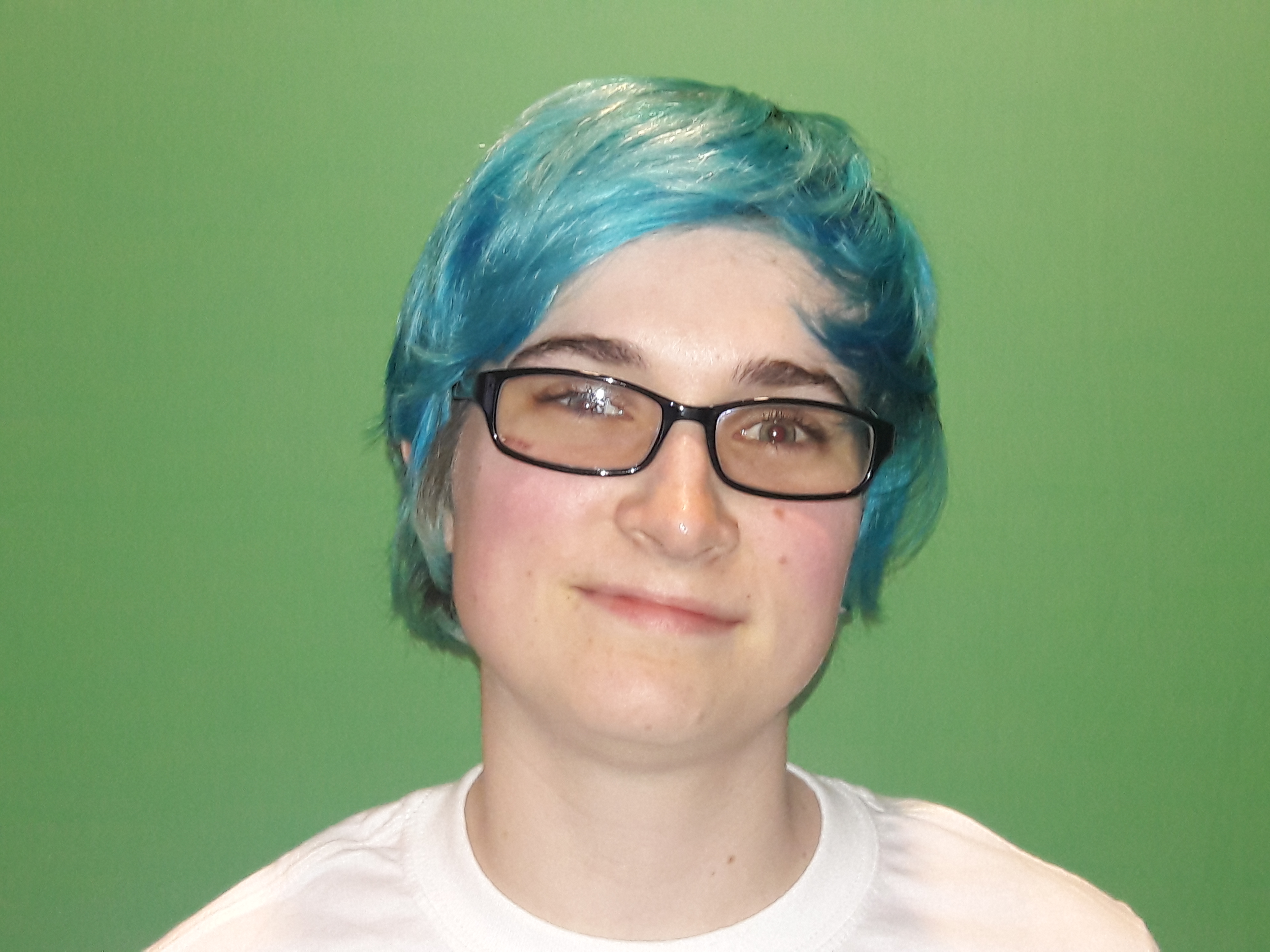 I have been a dog lover all my life and am always excited to make a new dog friend. I grew up learning how to properly walk and clean up after my family's German Shepherd/Golden Retriever dog Sam and have volunteered at the Benton Franklin Humane Society where I handled and socialized a variety of different kinds of dogs. I look forward to getting to know your dog and bringing joy to their day. 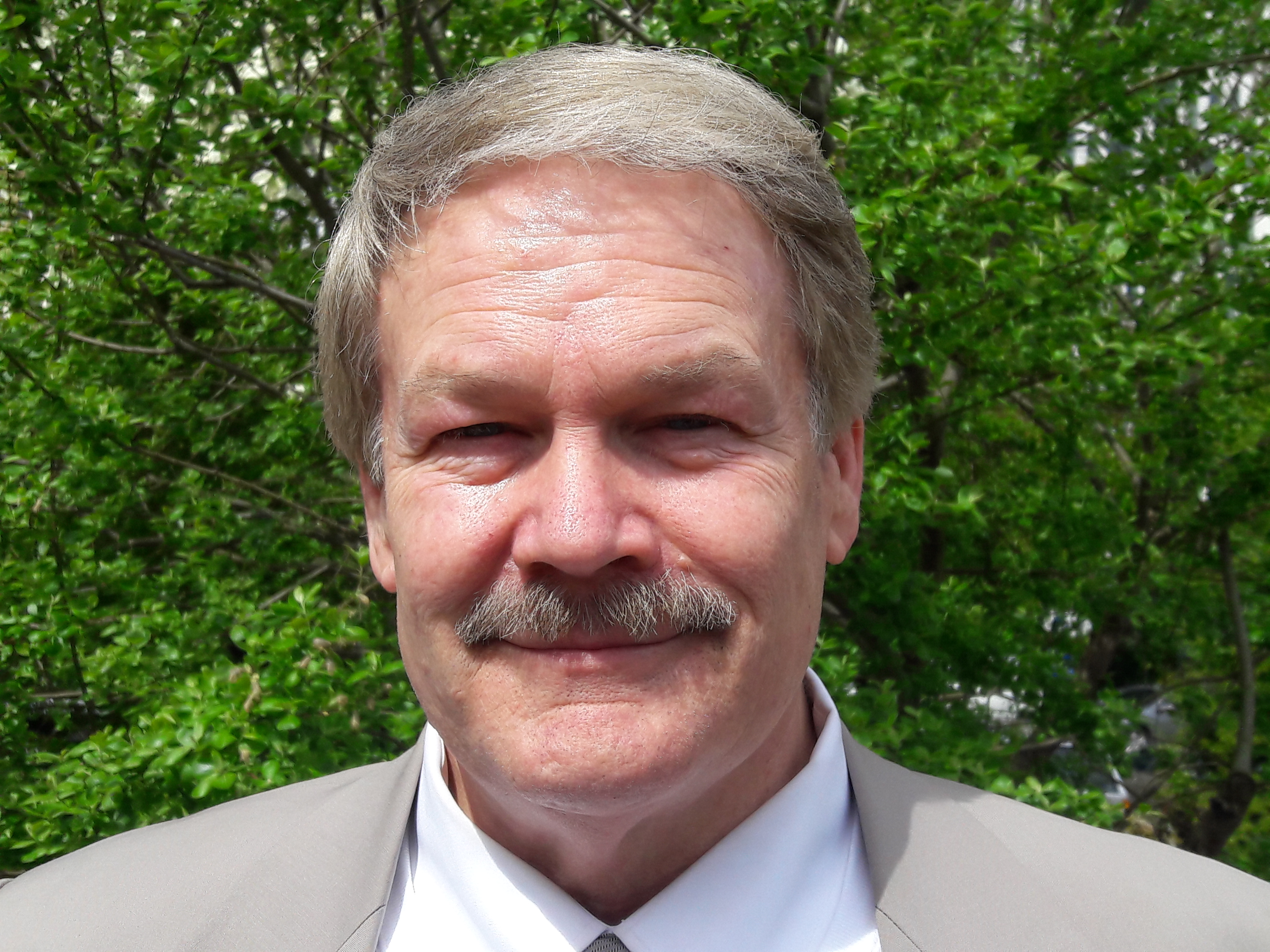 I am 64 years old and love dogs. My wife and I had six sons and they loved our dogs that we had as our family grew up together. Buster was our Golden and Lucky was our Jack Russell. Those dogs were members of our family and I went on many walks with them through the years. I remember one important fact about dogs, they will always treat you like a King or Queen no matter how tough their day was. I love dogs because they have shown love to me.

Hi there, my name is Ashley! I've been training and taking care of dogs almost my entire life. Ever since I was little, I looked after the dogs at the farm I grew up on, and since then, I've had several dogs of my own as well. I'm excited to help you take care of your furry friend!

Hi, I’m Noah and in the picture with me is my beloved Chihuahua, Turbo. I have been a dog walker for six years. I love dogs and their safety and enjoyment is my utmost priority. I am trustworthy, dependable, and have a great attention to detail. I have certifications in pet CPR and pet first aid and volunteer at the humane society. I always look for fun places to walk and/or run with my canine friends and caring for animals is my passion in life - there’s nothing I'd rather do professionally.

Hi! My name is Suzanne. I grew up in the Seattle/Tacoma area and have had dogs and cats all my life. I volunteer at the local animal shelter and have worked in a veterinary clinic. I've have experience with all sizes and ages of dogs as well as dogs with disabilities. I love meeting new dogs and catering to each ones individual needs as every dog is unique. I will treat your best friend with love, care and affection to ensure your Wag! experience is as positive as possible. 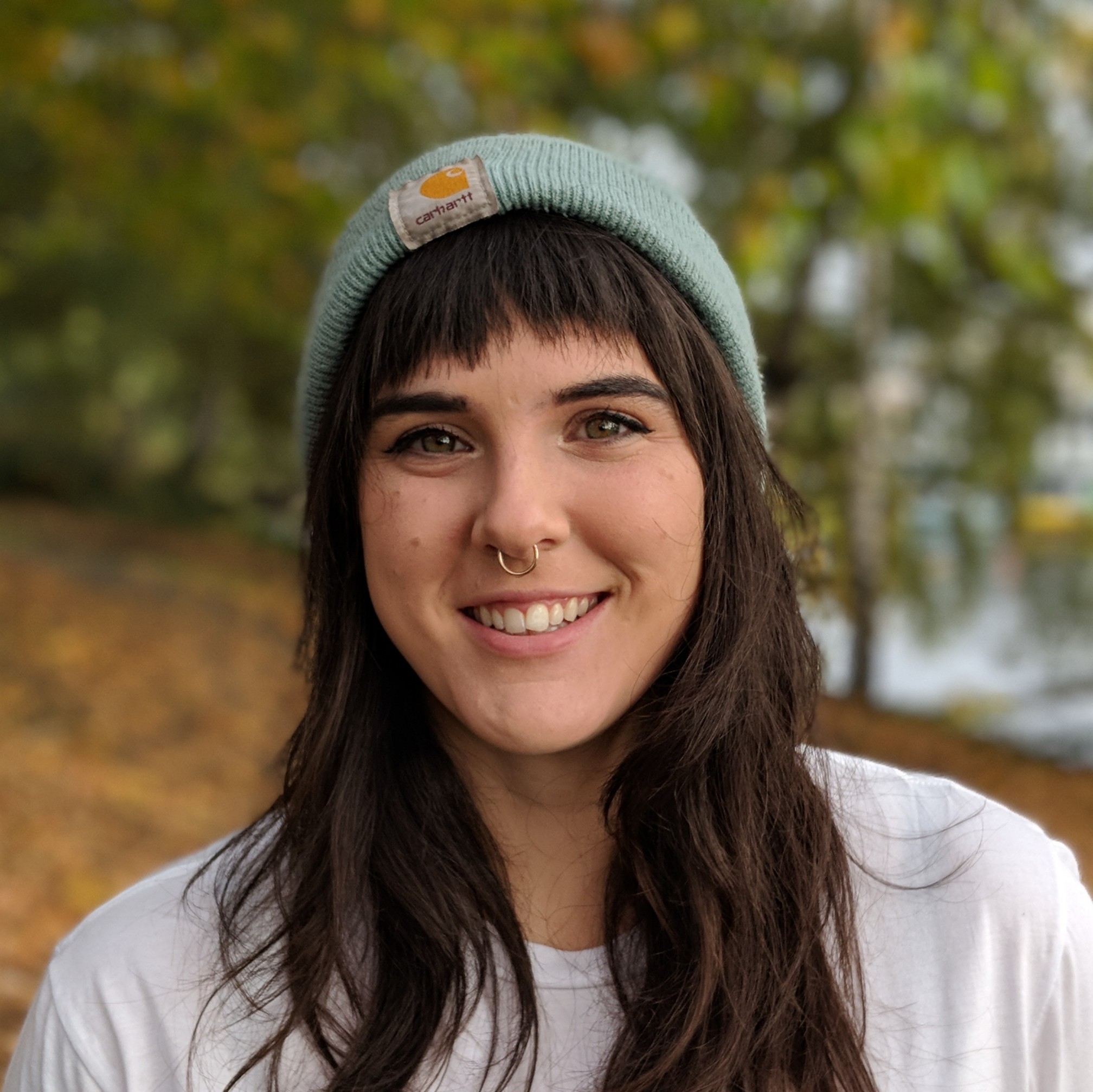 Hi! My name is Adriel. I currently live in Seattle's Montlake neighborhood, but walk dogs throughout the city. I grew up and am very comfortable with large dogs, but I love canines of all sizes! Times are pretty scary these days, and so I want to reassure folks that while I’m taking care of your four legged friend or friends, I’m also cognizant of the situation at hand and am taking steps to protect your health and mine. Stay safe out there, and in the meantime I can’t wait to meet your pups. :) 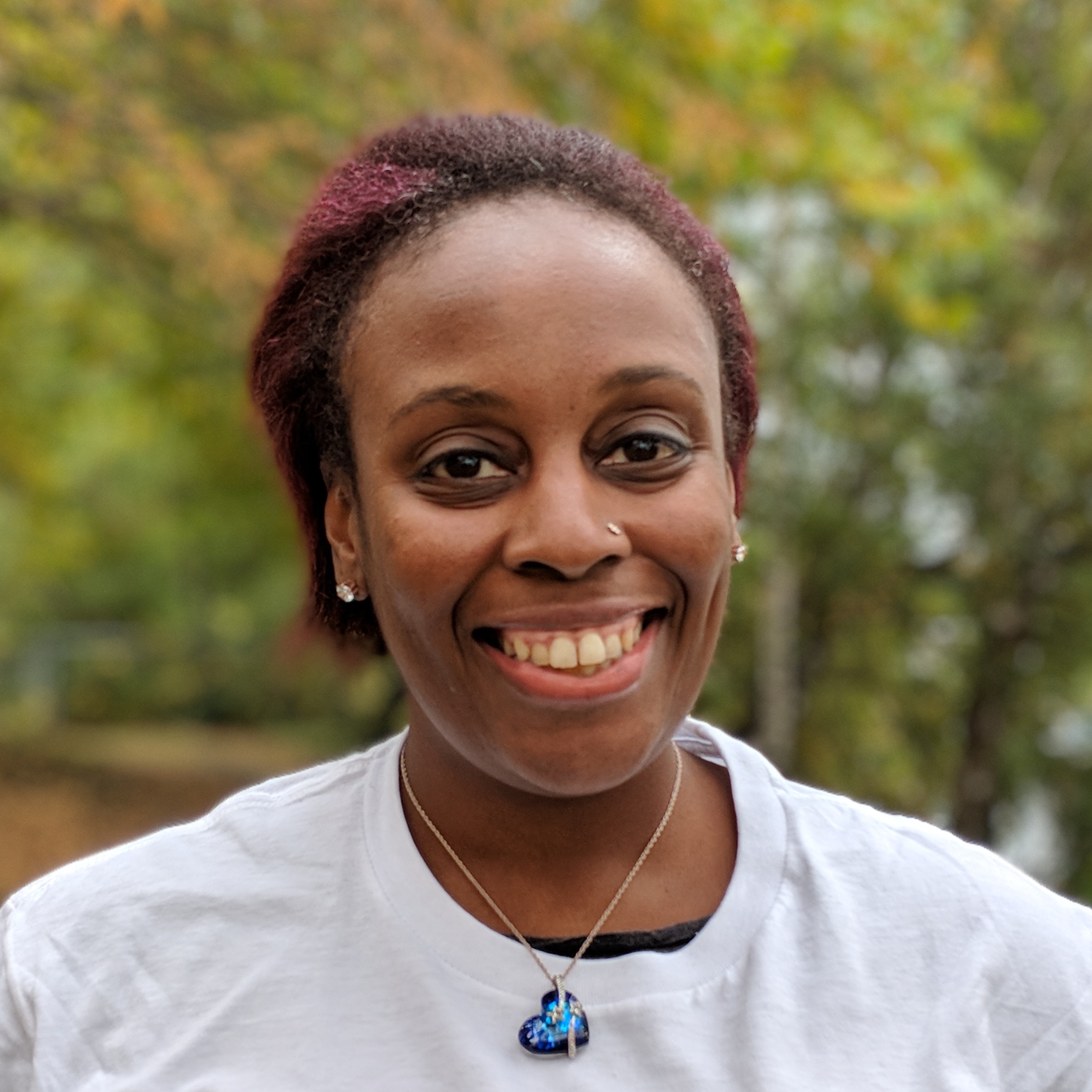 Hello, my name is Lauren. I would love taking your dog on a walk today! I am a very outgoing person who loves to laugh and have lots of fun. :) Your dog and I will be going on adventures and beyond! I have been working with animals most of my life. This has involved working at vet hospitals, doggie daycare, group plays, grooming etc. I will love walking and playing with your pet. :) Let's get started!

On the eastern shore of the Puget Sound lies the small town of Des Moines, a suburban city between the major cities of Seattle and Tacoma. With mountains to the east and the clear waters of the sound to the west, it's no wonder the small city has gained such a population boost over the last few years. Even dog lovers have been visiting and moving to the area, thanks to its vibrant, dog-friendly parks, trails, and three animals hospitals.

The Saltwater State Park is a large park inside the city on the shore of the Puget Sound. As one of the most traveled state parks on the sound, The Saltwater State Park brings in so many people thanks to its 87.4 acres of thick forested, wooded trails, an artificial reef, volleyball courts, and campsites. The park is also dog-friendly to leashed pups, and offers other amenities like water fountains, clean-up stations, benches, and restrooms.

The City of Des Moines Park Conservation Area is a more developed park on the north side of town. The area runs along the Des Moines Creek, with access to the sound with a fishing pier and boat launch. The nice area has a grassy open field, picnic tables, a playground, and a pavilion. Dogs are welcome while they remain on a leash.

With beautiful natural parks and developed areas to play in, its no wonder Des Moines has become so popular among humans and dogs alike.

Redondo is a beachfront neighborhood on the south-side of Des Moines. In the center of the neighborhood is Redondo Park, a large park in the city with open space backed by thick trees. The serene area is dog-friendly, and has a paved path that loops through the park, a playground, shaded sitting areas, a gazebo, picnic areas, and restrooms. Dogs can run and play or take a nice walk on the paths, and have access to water fountains, benches, and clean-up stations. For a scenic walk, head out to the Redondo Beach Pier, a dog-friendly boardwalk with gorgeous views of the sound. Owners will need to remember to bring water and clean-up bags.

The Saltwater Highlands is a residential neighborhood on the east side of town, packed with rows of homes. This area is also home to Parkside Park, a wooded area with an open area in the center. There are basketball courts and playground for kids, with plenty of room for pups to run around or some shaded space to sit under and relax. Leash up Fido before heading to this park, and  enjoy access to features like water fountains, benches, and trash bins. If you plan on staying inside the neighborhood, walk down the street to the Crossland Economy Studios. The motel has dog-friendly rooms for dogs up to 35 pounds for a small fee per night. Aggressive dog breeds are not allowed inside rooms.

Zenith is a scenic neighborhood on the water's edge, with gorgeous open areas and residential homes. One open area is known as Zenith Park, which provides a cozy space to play with Fido. The park is completely fenced-in, has a baseball field, and is backed by thick trees that offer shaded sitting areas. There's also a basketball court and a playground for park-goers, with water fountains, benches, and trash bins available. The Via Marina Resturant is the best place to head to after a day at the park. The restaurant offers pizza dishes and pasta, along with complimentary water and dog-friendly seating on the covered patio.

The City of Normandy Park neighborhood is a residential community in the suburban town of Normandy Park, just 1.4 miles north of Des Moines. The community is known for the Marine View Park, a sizeable 27-acre area with natural woodlands and shaded walking trails. There's a looping trail that extends .7 miles made from dirt that connects to features like a dog-friendly beach, picnic area, and parking. Dogs do have to be on a leash inside the park, and can enjoy features like water fountains and benches during the park's hours of 7 AM to 7 PM. On the north side of the neighborhood is the Nature Trails Park, which provides an easy-going area with rich vegetation and scenic flowers. There are dog-friendly trails with benches and trash bins along them, available to humans and leashed pups.

Lake Fenwick Estates is an upscale and natural neighborhood in the city of Kent, 2.1 miles from Des Moines. Lake Fenwick Park is a gorgeous open area with amazing features along Lake Fenwick. The park has natural woodlands with open space, paved walkways, and a beach area that goes along the lake. There are areas for fishing and boating, with features along the land that include a playground, picnic pavilions, and a gazebo. Leash up Fido before heading to the park, and enjoy additional amenities like water fountains, benches, clean-up stations, and parking lot nighttime lights.