I love animals. All kind. I also love working with kids. I am a people person. I am very reliable and friendly. I love to walk. That is my enjoyment time in the evening, to walk my dog. I help out all my neighbors and friends with their animals when they need me. I work for a couple hours a day at an elementary school. I am married and have 3 teenage kids. I have one dog. I would like to have more animals.

Hello! My name is Jennifer and I can't wait to walk your dog. I have always been a lover of animals. From dogs, cats and rabbits to horses, racoons and baby squirrles i have had many pets and rescues throughout my life. I love dogs of all shapes and sizes but my heart belongs to my 2 year old Bernese Mountain Dog named Roomba. Roomba is 120lbs so I am quite comfortable with dogs of all sizes. I am looking forward to meeting your pup soon!

I love cats and dogs, all animals really! And they say do something you love and you will never work a day in your life! So here I am, doing what I love!

I am a certified dog trainer through ABC with an associates degree in Veterinary Assistance with 20 years experience. I managed Hogan Kennels in Ingleside for 14 years and my responsibilities included: training, grooming, administrating medications and shots. I love dogs of all types and currently own rottweilers and Chinese cresteds. I also raise and compete Chinese cresteds. I have several championships under my belt in AKC of which I'm very proud of. I have a few long term clients that I have the pleasure of grooming, training, pet setting , walking and feeding. I can provide references upon request. I am a very passionate about dogs, my clients and my own. They are my first priority in my life. Thank you, Trisha Wong

Dogs delight me. They always have. I love them more each day. I have been a pet care professional for 23 years. I share my life with Gaby, Charlotte and 3 cats. I have experience with almost every dog breed, age and temperament. I look forward to meeting your fur baby.

Rain, snow, or shine walks are important to me whatever the weather is! I have owned and cared for multiple dogs & have always had a heart & compassion for all animals. I love being out doors & traveling around with my own German Pinscher. With years of experience, I can treat your furry family member like a king/queen & they will get the best care under my time being with them. I can’t wait to meet your bestfriend!

Hi! I'm a microbiologist by day but caring for dogs is my passion. I've lived with multiple dogs in my household since I was young, in my view they are the single greatest gift our ancestors created for us. I think every dog deserves exercise and fun in their daily lives, and it's a shame that sometimes our busy schedules don't allow us to give them as much as they deserve. I'm glad to be a part of the solution to that problem!

“Your pup always above all else!”

Hello! I am a college student (Boston College) who loves to spend time being active, spending time outside, and getting to busy myself with animals. I have spent my entire life around animals and hope to meet yours soon! 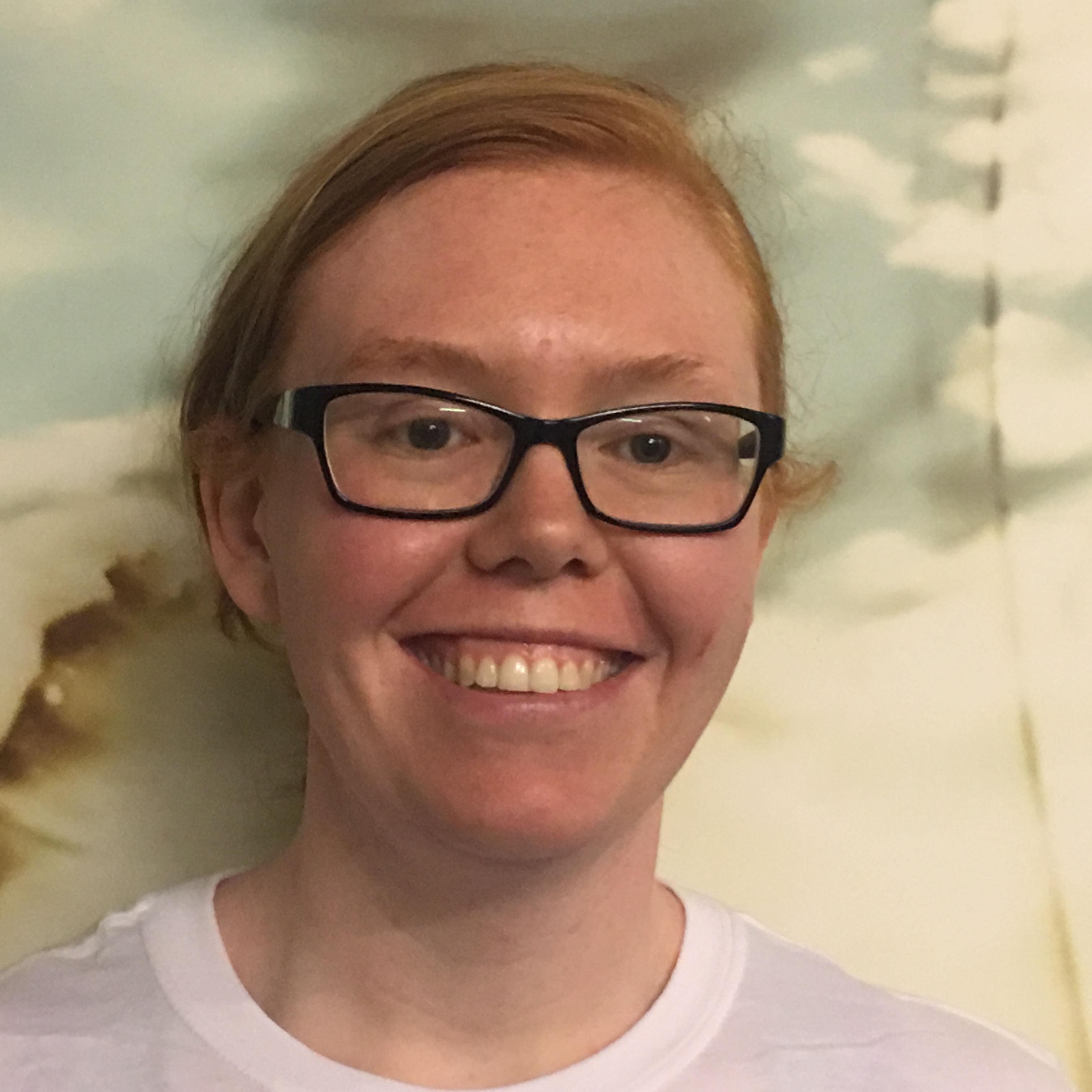 My name is Rebecca and I have a miniature dachshund named Ollie. I grew up loving dogs and am the reason my sister and I had them growing up. I’ve been walking for Wag! for about two years now (when I’m not teaching), and have experience with dogs of all ages, sizes, and personalities. I can’t wait to meet your fur child!

My name is Kathryn. I grew up in Batavia taking care of 3 dogs. I am a huge animal lover and have had the opportunity to pet sit for family and friends throughout my childhood/early adult life. I love being able to spend time outdoors with dogs and making sure they are well taken care of whether taking them for walks/runs, feeding, bathing, or grooming.

Powers Lake is an area in the town of Wheatland in Kenosha County, Wisconsin. It is home to fewer than 2,000 people, but it's conveniently located near bigger cities like Lake Geneva and Kenosha, so you're never far from an abundance of amenities. Powers Lake was incorporated in 1909, and to this day, its economy consists of ranching and agriculture. In addition to many active clubs and organizations, Powers Lake is also home to shops, motels, gas stations, and a grocery store. There's also a veterinary office in Powers Lake, so your pets will always be well taken care of!

There isn't an off-leash park in Powers Lake, but you'll have your pick of several that are only a short drive away. Just 20 miles south of Powers Lake is the Bull Valley Dog Park in Woodstock, Illinois. This seven-acre off-leash park opened in 2014, and it often hosts special events for dogs and their humans, including Halloween parties so your dog can show off their costumes! You'll find seating, shade, and waste disposal supplies at the park, but be sure to bring your own water. A permit is required to visit this park, with different rates for residents and visitors. This is just one of many pawfect dog parks near Powers Lake!

The Lakewood Dog Park in Wauconda, Illinois is less than 30 miles from Powers Lake. You'll find it in the southeastern corner of the city, and this off-leash dog park is part of the 2,835-acre Lakewood Forest Preserve. The dog park is massive at 66 acres, with something to please every dog and every owner. There are open fields, meadows, wooded trails, and swimming areas. No matter what your dog likes to do, they'll find the space to do it at Lakewood Dog Park! There are also gazebos, picnic tables, waste disposal supplies, and water fountains in the dog park. You must purchase a daily or annual park pass to visit.

Northeast Salem, Wisconsin is less than a 20-minute drive from Powers Lake, and this is where you can find the Harris Family Dog park at Old Settlers Park on Paddock Lake. Old Settlers Park is a 17-acre park, and in addition to the dog park, there's a beach, playgrounds, sports fields, and barbecue and picnic facilities. The off-leash area is about two acres, and your dog can interact with dogs of all sizes in this space. You'll find agility equipment, seating, waste disposal items, restrooms, and water at the park. A small daily fee is required to visit the park, but you can also purchase an annual pass.

The Duck Farm Dog Park in eastern Lake Villa, Illinois is 20 miles southeast of Powers Lake. At 48 acres, this may well be one of the biggest dog parks you and Sparky ever see! With as much space as there is in this dog park, there's room for dogs of all sizes to play, so there's no separation of dogs by weight at the Duck Farm Dog Park. You and your dog can play in the open fields, walk through the forest, trek a trail, or your dog can take a dip in one of several creeks throughout the park. Drinking fountains and doggy bags are provided by the park, and a permit is required.

If you drive 15 miles south of Powers Lake across the border into McHenry, Illinois, you'll end up at the McBark Dog Park. It's located in the northeastern quadrant of town, and this off-leash dog park sits on four acres. Within these four acres, there are big and small dog sections, and each area has a double-gated entry system. There's a water fountain for humans and pets, as well as waste disposal items, a crushed limestone walking path, and seating throughout the park. Like most other parks in the area, a membership fee is required to obtain an electronic key card for park access.

Twin Lakes is a village in Kenosha County with a population of around 6,000 people, and it's just five minutes from Powers Lake. In northern Twin Lakes, there's a place called the Warren Close Bark Park at KD Park. This off-leash area has big and small dog areas, and it's situated on a big hill so your dog will get extra exercise racing up and down. Make sure you bring your own water and water bowl when you visit Warren Close Bark Park! A permit is required to visit the dog park, and your dog is also allowed in many other areas of KD Park if they're on a leash.