Hi I’m Sarah! I have been walking for Wag for 2 years now, & I love making sure every pup I walk has a good time! I make sure they are exercised well & receive lots of love while their owner is away. I have my own fur baby named Piper, so I give the type of service that I would want to receive. I’m a professional photographer, so you’ll receive lots of videos & photos during the walk, & I always make sure they have fresh water before I leave. I’d love to meet your pup!

Hi! My name is Morgan, and I am a college student studying special education. I am a dog mom of a miniature poodle, and I love taking care of other people’s best furry friends!

Hi! I’m Kirbi! I’m 29 and I am a dependable, reliable and trustworthy person! I love dogs which is why I wanted to join Wag! I have experience with all breeds and have dealt with all personalities of dogs. I absolutely love what I do and I wouldn’t trade it for anything. Growing up I had a Pekingese, Pomeranian, Pug mix. I also used to have a Golden Retriever! I can’t wait to meet and walk your dog! 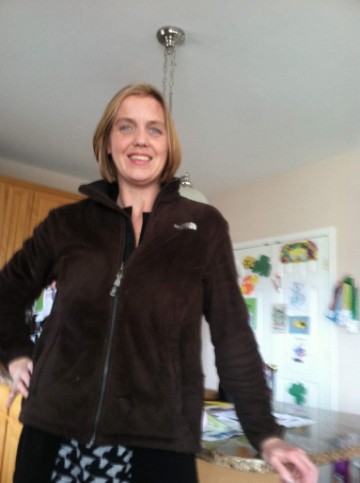 “Walking to keep you wagging!”

I am an avid dog lover that can assure YOU that I will treat your “babies” like they are my own, not only because I am an animal lover but it’s because how I would want my “baby or “babies” treated!! As I grew up, I rarely had a moment without an animal in the house!! I have lived and worked with all kinds of breeds of dogs from Dobermans to poodles!! I’ve grown a love for pets and and now feel I can easily grow a bond with almost any animal. This job grants me just that opportunity!!

Dog loving college student ready to give your pup(s) some love! I have 4 dogs at home and I'll take your dog out in any weather. I don't discriminate against any breed and I'm available to get your fur baby exercised. I can't wait to meet some new furry friends! *If you have a special request when a walk is booked, please text me through the number Wag! provides.

I am a recent college graduate from Maine! I am a Naturalist and bird watcher, a runner and hiker! I miss my dogs back home dearly, so I would love to spend time with yours! If your dogs need nice long walks, I am no stranger to those!

Hello future friend, my name is Sarah! My whole entire world revolves around animals and when I saw the opportunity to take care of other pets I jumped at the opportunity! I myself have one puppy and two cats now and 75% of my day is consumed with spending time with my dog, taking him for walks, and just making sure that he is the happiest and healthiest animal he can be and I’d love to be able to do the same for you!! I have dedicated my life to dogs and it its made me the happiest!

Hi there! My name's Devon and I absolutely love dogs. Dogs were a big part of my childhood as we had the family doberman Noel, I had my newfoundland Meatball who I loved, and as a teen I used to work for my Dad's friends at the bridge club by walking their dogs. As an adult I've continued working with dogs by sitting for friends puppers while they travel. I'm happy to walk dogs of any size as I can manage it if/when even the largest dogs pulls due to my experience with my own large breed pups.

Hello everyone! Looking for someone to take your dog for a walk? I’m your walker! I am a medical student during most of the months, but due to the epidemic, I am at home and ready to be at service! I will take the proper precautions to make sure your dog and your home are safe. I am an experienced dog walker/sitter and I plan to keep your dog not only safe but happy as a pup can be! If you have any questions or concerns please contact me! Thank you!

Hi! My name is Hannah. I am a senior at the University of Maryland studying biochemistry. I love dogs and am excited to meet lots of new, fun personalities! I have lived in a town outside of Frederick, MD my whole life. I grew up with a rescue border collie (and cats) and learned to love an respect animals at an early age.

Harpers Ferry is also a historic locale. In the mid-1850s, famous abolitionist John Brown attempted to incite a slave revolt at Harpers Ferry. The US Marines, commanded by Robert E. Lee himself, quashed the revolt. You can still visit the site of the raid, now named John Brown's Fort. To learn more about the failed rebellion, head to the John Brown Wax Museum. Dogs are, unfortunately not allowed.

But you can treat Fido to a dinner date in Harpers Ferry after you're finished exploring its historic sites! Find yourself in Bistro 1840, where you’ll find fresh American cuisine like you've never had in your your life. At Bistro 1840, you’ll have your choice of delicacies, and you and Fido can enjoy them at any of the outdoor tables. From fresh seafood to any number of locally sourced food items, you’ll be spoiled for choice at Bistro 1840!

If you and your pup are partial to the spooky and scary, make your way to the ghost tours of Harpers Ferry, a fun place where you’ll get properly scared out of your mind. Scope out the most haunted locales in the area, and have a good time of getting the willies from the local spirits as well as the local guides who will lead you through the creepy crawly areas of Harpers Ferry. You and your pup are sure to have a ball, though it won’t be clear who exactly threw the ball. Ruh-roh -- look out for a scary ghost!

Bring your pup pal to Leesburg Dog Park, and you’re sure to have a barking good time. With plenty of room for your dog to play off-leash, your pup pal will go dog wild exploring the vast area. With soft mulch ground covering to protect puppy’s paws, as well as several shady spots for you to relax and watch Fido make some great new friends, it’s hard to imagine that you could go wrong coming here. Just be sure to bring fresh drinking water and plenty of doggy waste bags for your little diva doggy.

If you’ve made the trip to Leesburg already, or need a bit more incentive, you and your rowdy rover should definitely make your way to Spanky’s Shenanigans Pub. Spanky’s is a great place to hang out with some pals, both old and new, from man’s best friend to your best human buddy. There’s a large deck that is open spring through fall, weather permitting, and every Wednesday, the pub hosts Yappy Hour, where your pup pal will be treated to treats and fresh water while you’re free to enjoy a nice drink of your own. At least you won’t be drinking alone!

Next stop is Paeonian Springs -- at least, it very well should be! In this tiny little town, you’ll find Vino 9 Market, a barbecue joint that boasts some of the best food in the area. Your dog is allowed both in the store and in the courtyard, and water bowls will be provided at both areas. If your dog is well-behaved (and goodness knows your sweetie is), they may be allowed off-leash inside the building itself. Let Fido have some fun exploring while you get your hands dirty with delicious barbecue sauce -- just be sure to keep an eye on them!

Last but not least by any means, you and your precious puppy should venture back to West Virginia. Specifically to Charles Town, where you’ll find Mountain View Diner, a dog-friendly eatery that can’t be missed. With an extremely accommodating staff, your regal rover will be treated like royalty when you bring them here. Waiting for them will be some delicious ice water to wet their whistle, and in some cases, the manager is said to supply food for canine customers! As far as your dining experience goes, you’ll have a full range of options to choose from, though many recommend the breakfast menu most of all!