Dog Names that Start with B

Ask several individuals why they choose a particular name for a new dog, and you will likely get a different answer from each person questioned. Some new pet parents may choose to honor a friend or family member by naming their pooch after a loved one. Other owners may name their dog according to personality traits of the dog. Still others may consult lists of popular names for ideas. Perhaps you already have a pet, and you want to give your new pup a name that goes with your existing pet's name. Your current pet's name might start with the letter "B", which would prompt you to choose another name that starts with the same letter.

Dog Names that Start with B in Pop Culture

Featured Famous Dog with a Name that Starts with B
Balto
Many small children have enjoyed the Disney movie Balto. Balto is the story of a wolf hybrid dog located in Nome, Alaska. Balto doesn't seem to fit in, and this part of the plot is important to Balto. Much like Rudolph the Red-Nosed Reindeer, Balto has an important destiny, yet he was picked on by his peers because of his unique nose. Balto's identity as a hybrid between a wolf and a dog instantly makes him an outsider; he is subject to mistreatment by both humans and animals alike. The only animals who treat Balto like he is a part of the family are two polar bears and a snow goose, whom the creators of the movie would like you to believe are surrogate parents to Balto. As a part of the tale, all the children of Nome fall ill with diphtheria, a deadly disease during the 1920s (the time period in which Balto is set). Balto hears that the doctor is out of the necessary antibiotics to treat diphtheria, and he decides to participate in a sled race to determine which dog is good enough to be a part of the sled dog team that will travel to Nenana to procure the medicine. Although he endures many trials on his way to deliver the medicine, Balto is finally successful. Like Rudolph, he finally earns the respect of those who ridiculed him for so long.

There was a real dog named Balto, and the Disney movie is loosely based on his heroics. The real Balto was a Siberian Husky, not a wolf hybrid. Balto did lead a team of sled dogs to meet a transportation group in Nenana, Alaska; Balto and his group of dogs successfully travelled to Nenana and returned with lifesaving medicine for villagers affected by diphtheria. Had Balto failed to return, most of the villagers would have succumbed to the deadly illness. Balto the dog was named after Samuel Balto, a Sami explorer.

In the film, Balto is credited with cutting the Iditarod Trail and in a way, running in the inaugural Iditarod Race. This is fictional. The Iditarod was cut by many native Alaskans over the years. The Iditarod Race is a commemoration of the Alaskan gold rush era, not a memorialization of Balto's race to Nenana to obtain a diphtheria antitoxin. The sled dog race was established in 1973, nearly fifty years after Balto's historic run from Nome to Nenana.

Dog Names that Start with B Considerations

First, when considering a name for your dog, think about what experts have to say about naming Fido. Most dogs do best with a name that is short, generally only one or two syllables long. Scientific studies show that dogs are less likely to get confused with a short, monosyllabic or two-syllable name. Next, you should never give your new pup a name that sounds a lot like the most highly used commands your dog is likely to hear such as "sit" or "stay." Choose a short name that is both cute and easy for your pup to understand. After all, you will be using the name to call your dog multiple times a day for years to come - make it a name that both of you will be at ease while using.

One great reason to choose a name for your dog that begins with "B" can also be attributed to science. Dogs tend to pay more attention to words beginning with sharp, hard consonant sounds. Consider the sound you make when simply saying the letter B, and you will see that you are easily following this guideline.

Finally, many pet owners name their new dog according to coat color or the personality of the pup. "Blackie" or "Brownie" most definitely fit the aforementioned guidelines as well as give a visual of the dog.

Community Dogs with Names that Start with B 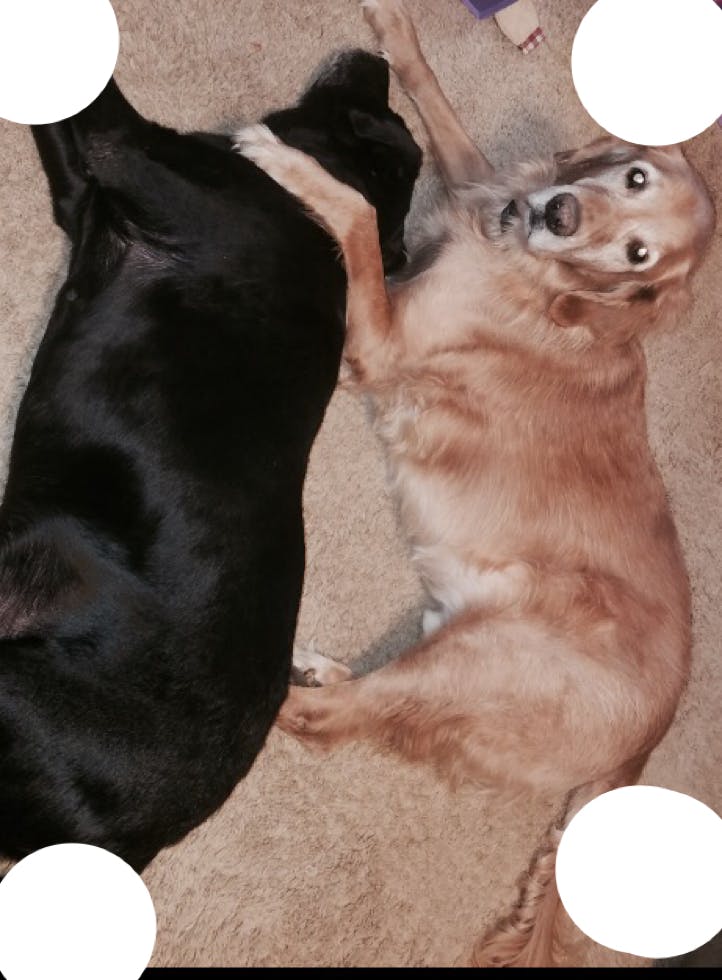 we have a 5 animals and we got bella bc our golden retriever was going blind and he needed help so we bought bella and his name is blaze, bella and blaze, blaze died april 2017 night of easter