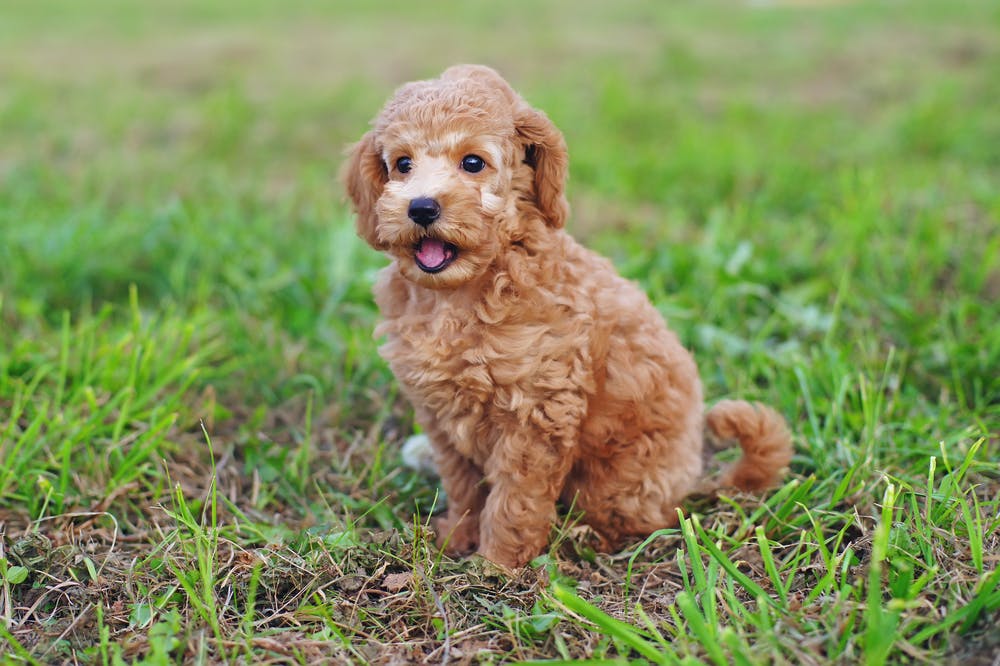 Poodles, standard poodles that is, tend to surprise a lot of people. They're a lot tougher, and smarter, than most people think, and the breed can adapt to a slew of positions in life with relative ease. Whether you want a show dog, a family pup, or a hunting companion, a poodle can fill those roles just as well as any other breed. In some cases, perhaps even better. Even if you think you know poodles, though, these unusual facts might still surprise you.

You know how, in high school, sometimes the class genius is the guy with the goofy, asymmetrical fringe hair cut and the run-down military surplus jacket? Well, that's the poodle in person form. Poodles are one of the most intelligent dog breeds, and when you combine that with their general friendliness you end up with a dog that's easy to train, and who will remember your commands after only a few repetitions. Of course, poodles can sometimes be quite willful, which means there might be a big difference between knowing the command you're giving, and actually following your orders.

If you're one of those people who loves dogs, but can't be in the room with one for more than a few hours before your eyes start tearing up, then a poodle might be a great way for you and your allergies to reach a compromise. Poodles shed a great deal less than other dogs, particularly dogs who are just as big and just as furry. Poodles also smell less, which is a great relief for owners who really want a loving animal companion, but who don't want to spritz air freshener all over their homes every day to cover up that canine aroma.

Fact #3: Poodles Are Comfortable Roughing it on The Hunt

While poodles are often depicted as floofy layabouts, or the supermodels of the dog world, the breed is actually quite comfortable out in rough country. Their fur is dense, and allows them to keep quite warm, as well as to shed water. This is why poodles tend to be hunting dogs, and why they're especially good at retrieving water fowl. They might not be much for pulling sleds, but if you're going duck hunting, you definitely want a poodle at your side.

Fact #4: Poodles Are A Lot Older Than You Might Think

Humans have been breeding dogs since before we started writing things down. However, not too long after we actually started recording our history, one of the things we recorded was that poodles existed. Depictions of this particular dog breed go all the way back to the days of ancient Rome, where the poodle featured rather prominently on the republic's coins. Even ancient Greek coins, which go back even further, often featured poodles on them. While there's no record of one of these hounds ever sitting in the senate, it's possible that Caligula just didn't get the proclamation signed in time.

Fact #5: Made in Germany, Beloved in France

While national tensions may run high at times, there is one thing that France and Germany agree on; poodles are pretty awesome dogs. While the poodle breed was created in Germany, it is perhaps the most beloved dog breed in France. France even went so far as to declare the poodle as their national dog. If that isn't a sign that two nations can find common ground, then nothing is.

Fact #6: That Silly Hairstyle Has A Point

The poodle's iconic hairstyle, making it look sort of like an extra from Grease wearing a jacket and a pair of pants, with a fur hat, and a bob on its tail, might look silly from the outside. However, like a lot of things that are ridiculous today, that pattern was created for a reason. When the poodle's primary job was swimming through ponds to bring back ducks and other game that had been downed, their masters wanted to be sure they had enough fur to keep them warm and reasonably dry, but not enough that they would be weighed down, or have trouble swimming. The classic poodle cut is the middle ground that provides both of those.

While most of these facts have been about the standard poodle, there are actually three different sizes you can get these dogs in. The standard is the full-size poodle, the one you'd bring hunting or out to the beach. Then there's the miniature poodle, which is more for those who want a dog at home, but who don't need the whole package. Then there's the toy poodle, which is about as big as its name implies. All three of these sizes are considered the same breed by the American Kennel Club.

Fact #8: A Poodle Team Once Ran The Iditarod Race

When you think of the Iditarod dog race, you probably think of fierce huskies, and mountainous malamutes. However, in 1988, someone actually ran the race with a team of poodles. While there was no rule against that at the time, it was a particularly poor choice both for the owner and for the dogs. After their poor performance, and the conditions the dogs were left in, a new rule was established that specified only northern breeds were allowed to run in that particular race.