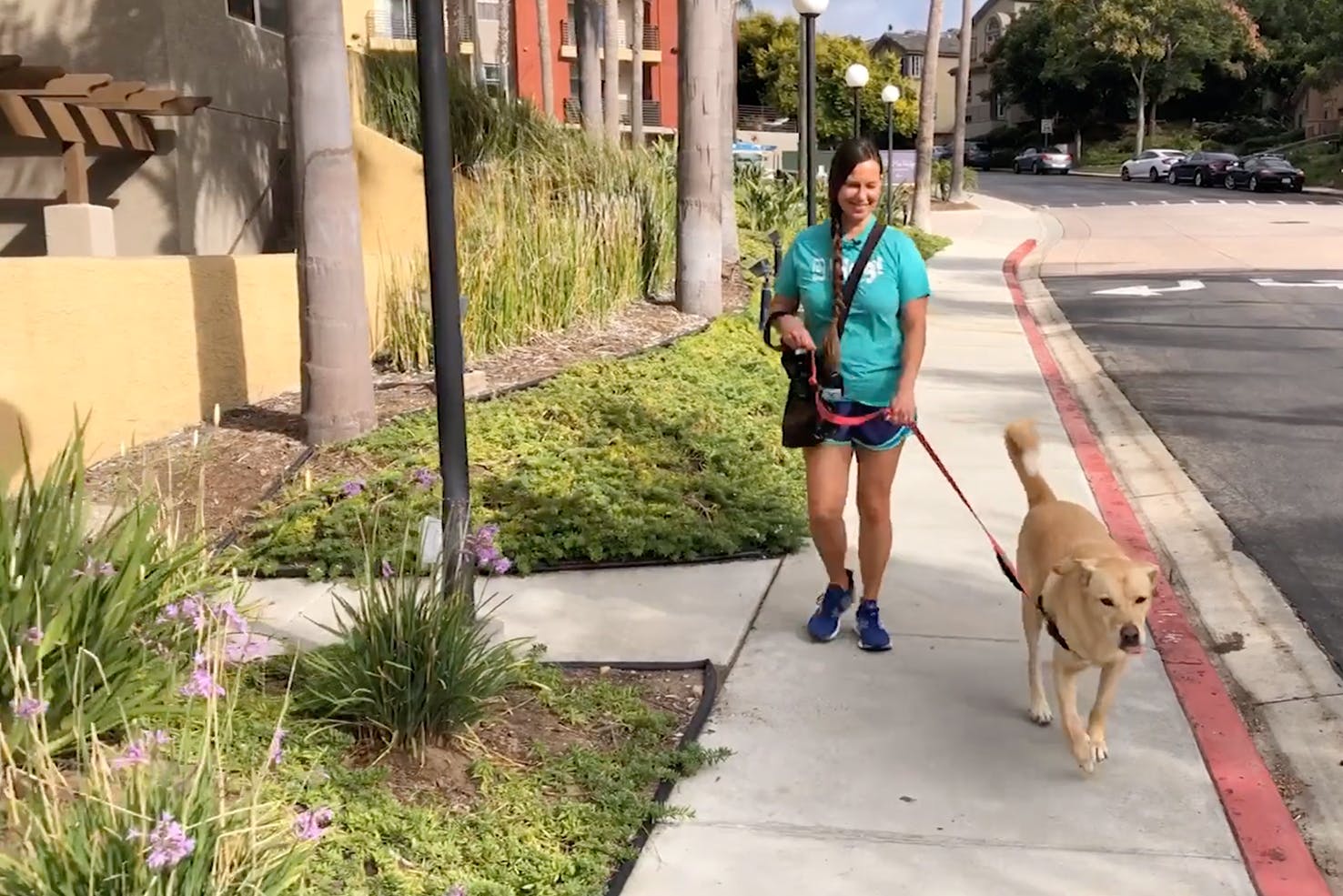 Marla’s a teacher in San Diego who loves her job, but that doesn’t mean she’s not open to a summer break. So, last year she opted for dog-walking over teaching summer school. She liked it so much, she kept walking after work during the school year and, again, this past summer.

“It’s the perfect job,” Marla said. “No matter what season.”

From pet sitter to dog walking with Wag!

Marla has had plenty of experience with dogs. She was a pet sitter for many years. That’s what made her think walking on the Wag! platform would be a great fit for her.

“I absolutely love dogs,” she said. “Getting to spend the day hanging out with them was very appealing to me.”

Asked about her favorite dog-walking story, Marla told us about a French Bulldog — named Barbeque! She said the pet parent’s notes about Barbeque indicated that he likes Dog Beach, which happens to be one of the first dog-friendly beaches in the country.

“We always make our way over there to play, on leash, of course,” Marla said. “But Barbeque loves the beach so much, he will literally throw a tantrum when it's time to leave.”

“He whines, blows snot bubbles, and refuses to budge,” Marla said. “I find myself talking to him as I would a toddler. I give him five-minute and one-minute end-of-play warnings. Despite that, I often still have to carry him until we got off the sand. He’s quite the character and so much fun!”

Where to walk a dog in San Diego

Given that she lives in beautiful San Diego, Marla has plenty of favorite places to walk — and one in particular.

“If the dog is able, I love walking to Del Mar Dog Beach,” Marla said. “All the dogs are well behaved. Even if we only have time to dip our paws in the water and then walk back, it's always fun!”

You don’t have to live in San Diego to enjoy walking dogs year-round like Marla. The Wag! platform is open to pet caregivers in 110 cities across 43 states. Sign up here, and soon you could be spending your days like Marla — and maybe even meeting doggos like Barbeque.