Do Dogs Get Bored if Left Alone All Day? 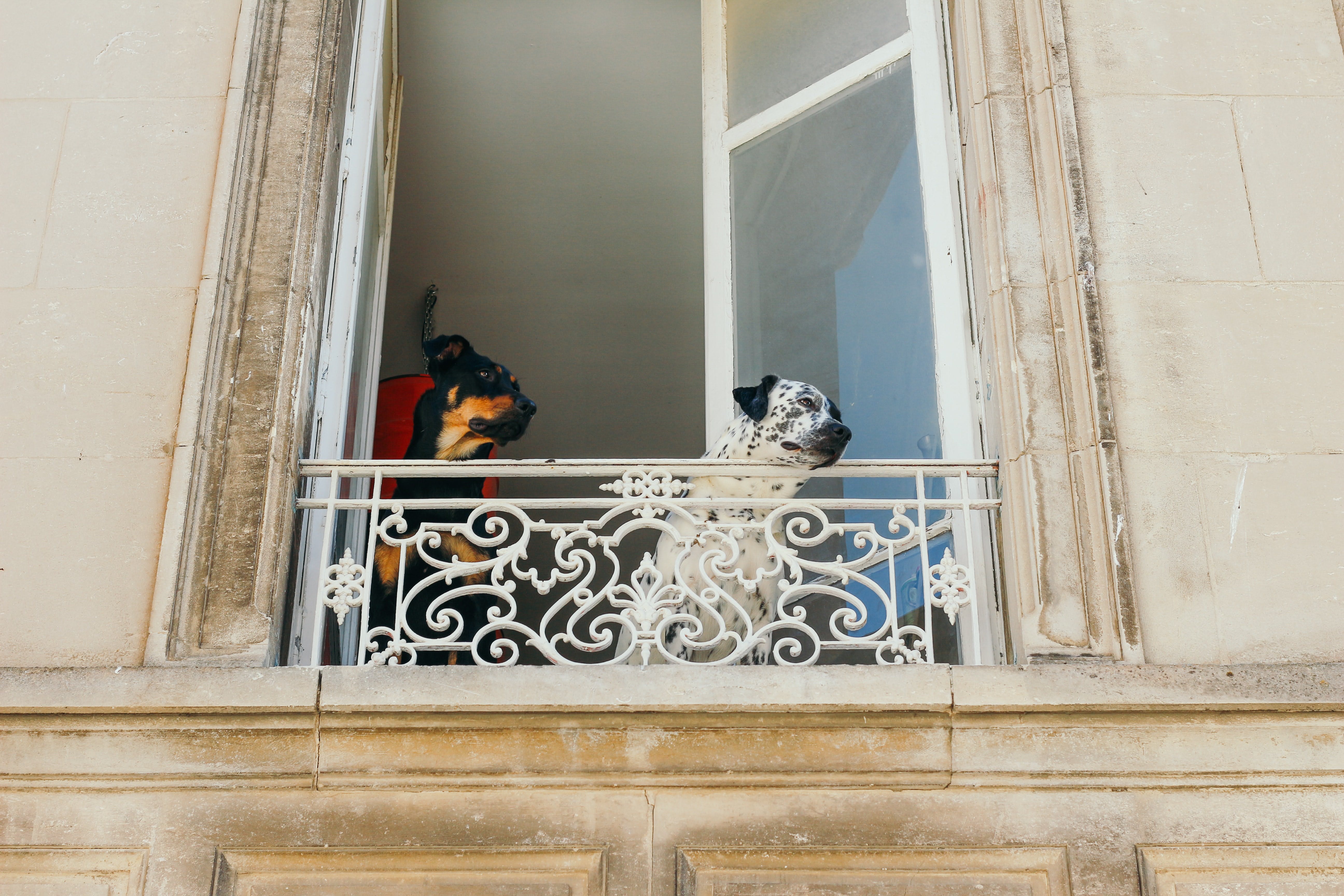 We all get busy but leaving your dog alone for more than four hours every day can have a negative impact on its happiness, behavior, and quality of life. In fact, some dogs can eventually develop separation anxiety. Dogs are capable of feeling bored out of their minds just as humans are. When they become bored, they may start to wreak havoc on your house, or annoy your neighbors with endless barking.

Your dog may have separation anxiety

It's estimated that 55 million dogs in America have separation anxiety. Some owners try independence training, drug therapy, and exercise to solve their dogs' behavior problems, but what the dog really needs is social interaction and stimulation during the day. Symptoms of dogs that suffer from separation anxiety include tearing up household items, incessant barking, digging, urinating and defecating, running away, and self-mutilation. However, not all dogs that have separation anxiety will show symptoms.

Can you leave your dog alone while you work?

You shouldn't always leave your dog alone while you work because it's too long he must go without stimulation. In addition, an adult dog needs to go outside to potty 3-5 times per day. Puppies, naturally, need to urinate more often. The amount of time it's OK to leave your dog alone depends on him. Some dogs can go longer than others alone without feeling bored or unhappy. In general, a dog over 18 months old shouldn't be left alone for more than four hours at a time. Puppies are more sensitive and shouldn't be left alone as long as adult dogs. Once they are five months old, you must gradually work them up to being alone for four hours. If you have two dogs and allow them free roam of the backyard or house, then it may be OK.

What to do when you need to leave for long periods?

You can leave food puzzles and toys out to keep your dog occupied while you're M.I.A. (missing in action). The puzzle toys are great for stimulating your dog's mind and giving him the challenge he needs for the day. Something else you can do for your dog when you need to leave for long periods of time is t play classical music or put on a radio talk show. There's even a dedicated TV channel for dogs To provide your dog with a more fulfilling and stimulating doggy life, you can send him to daycare, hire a pet sitter, and arrange playdates for him. Even if your dog doesn't have separation anxiety or destroy the house while you're away, it's good to let him interact with other dogs and have more stimulation throughout the day.

What happens when a puppy is raised without interaction with other dogs?

Puppies need social interaction with other dogs because when they are deprived of it, they will have damaged social capacity. As Dr. Rolan Tripp, a veterinarian and animal behaviorist, explained, "The point of daycare and puppy class and the dog park is that they are part of developing emotional stability and flexibility."

Will adopting a new pet help keep your dog company?

If you're considering adding a new pet to the household to keep your dog company, proceed cautiously. This idea often doesn't work for dogs that have separation anxiety because the new dog may mimic their behavior. Then you'll have two dogs with separation anxiety on your hands. If your dog is well-adjusted, then bringing in a new pet could be a good idea. You should still observe how well he gets along with his new companion. Make sure to introduce them properly as well.

How to train your dog to become more comfortable—being alone

If you can't afford doggy daycare or you want to help your dog feel more comfortable during times he has to be alone, then you can train your dog to become more comfortable when you're away.
The best time to start training a dog to be alone is when you first get him. Practice leaving him alone for a minute or two in the beginning. Gradually increase the amount of time you leave him alone and pay attention to his behavior as you do. Has he torn something up by the time you return? Did he potty inside the house? Could you hear him whining or barking through the door when you returned?
You won't want to increase the time until he's stopped the negative behavior. Don't enter the room if your dog is whining or barking because this will reinforce the behavior. Wait until he's quiet and then walk into the room praising him in a matter-of-fact tone. It might be tempting to coo at him and give him a treat when you return, but you want him to know that being alone is normal.
You may give him a treat before leaving but not upon returning. Never leave your dog alone without giving him something to do, such as figure out a food puzzle or find his favorite toys. You should also increase the time he spends with other dogs, whether that means taking him to doggy daycare a few times a week or scheduling pup play dates.

Or book a daytime pet sitter or dog walker with Wag!

You may also want to consider hiring a dog walker or pet sitter to entertain your dog while you're at work as well. He'll be happy to get out of the house for a bit, and you'll be able to work with peace of mind knowing he's happy.