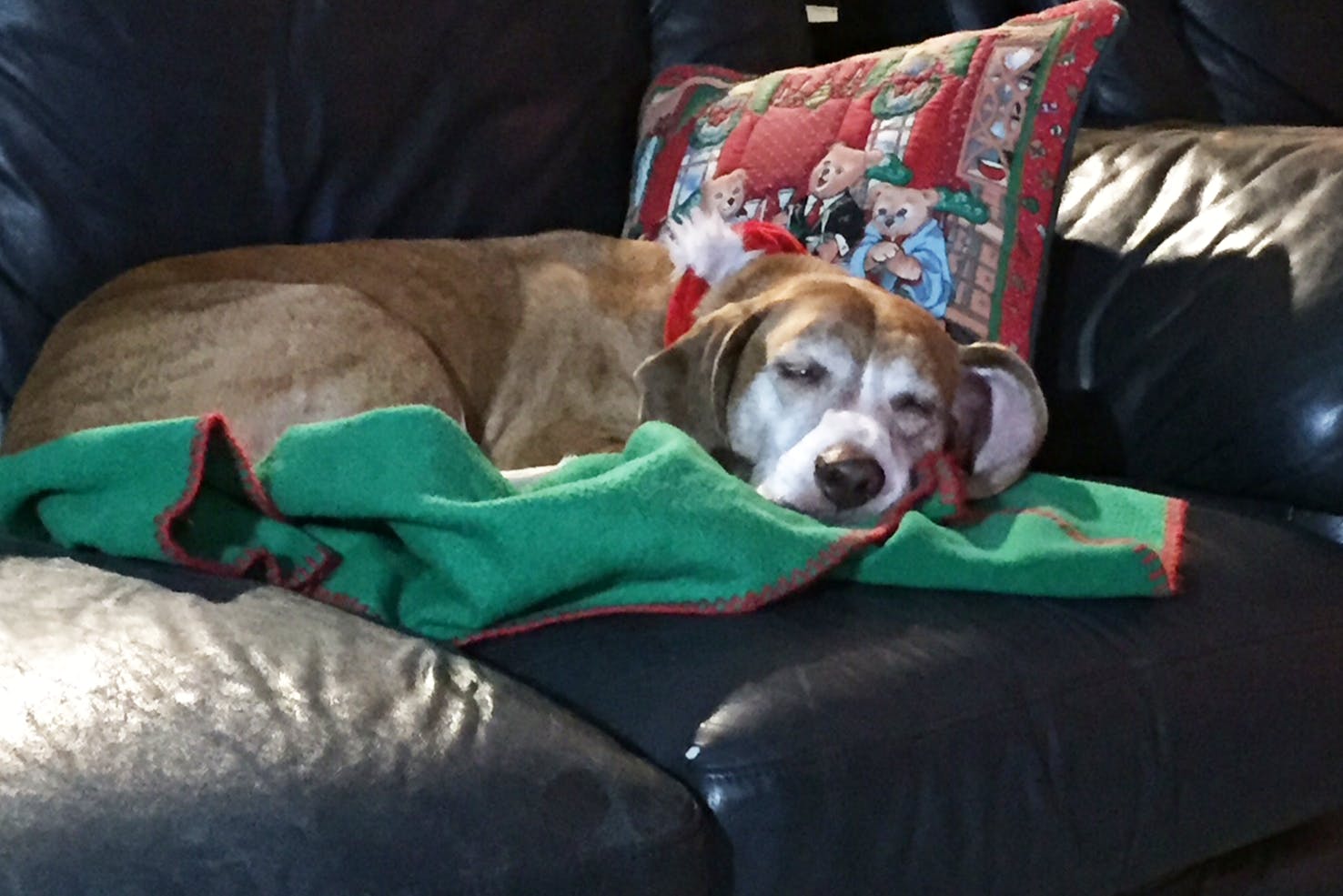 Banjo was trudging wearily along a country highway on a hot Missouri day. He was emaciated, covered in ticks, and exhausted.

Volunteers with WolfStone Ranch, an animal rescue organization, spotted him and stopped to offer some lunch. Not only did he devour it, when given the opportunity, Banjo jumped in their car and fell asleep in the back seat like he’d been doing it for years.

The folks at WolfStone say theirs is a small operation and that donors are few and far between. That said, the ones who do donate are devoted and give what they can. Still, the rescue group struggles to have enough money to both feed its animals — like Banjo — and cover their veterinary treatment — neutering, vaccinations, testing, and the rest.

So, how does WolfStone manage to do its great work?

They credit GreaterGood.org’s Rescue Bank, which provides food to rescue organizations like WolfStone Ranch. As a result, the groups are able to use funds that would’ve gone to feeding their rescue animals for the animals’ treatment and care instead. As one WolfStone volunteer put it, if we hadn't learned of GreaterGood.org’s Rescue Bank and begun receiving their help, we would be out of business.

And if WolfStone Ranch went away, the group wouldn’t be able to take in so many animals, work to get them healthy, and either adopt them out or transfer them to St. Louis shelters where they’re re more likely to find fur-ever homes.

Did you know that Wag! donates a portion of walk proceeds to GreaterGood.org's Rescue Bank? So far, we’ve provided more than 8 million meals to shelter dogs in the United States.

As for Banjo, he’s doing just fine. Through WolfStone Ranch’s network, Banjo was adopted by a wonderful family just outside Seattle! The family has three kids and three other dogs. Banjo is now a thrilled and spoiled little boy!