“Dogs are my everything!”

I have my Master's Degree in Social Work but dogs are my passion! I have always been around dogs. I have been the office manager for a veterinarian clinic but love the freedom of being outside making dogs smile. We have fostered dogs in our home and our dogs are family. We currently have 2 Miniature Schnauzers and a Goldendoodle. I will treat your pets as I do my own. 'Pets aren't my whole life...they make my life whole.'

I have owned dogs my entire life and love the heck out of them!! I am very active and enjoy walking my own dogs. I would love the opportunity to walk dogs that may be inside all day and need exercise or just dogs that needs another human friend! To ensure your trust I would treat your furbaby like my own. Thank you in advance!

My name is April and I have a passion for animals. I am an exercise enthusiasts that enjoys walks and runs with my dog. I have a flexible schedule that allows me time during the week days for walks.

I’ve lived in Oklahoma my entire life and dogs have been a huge part of my life the entire time. I grew up wanting to be a vet but the school I went to didn’t have it as a degree option. Since then I have spent my free time taking care of other peoples dogs and giving them the love and attention they deserve while their family is away. My goal is to make you feel comfortable being away from your dogs knowing they are in very capable and loving hands and loving them like I do my own dog Evey.

Hi I am Jennifer proud puppybaby momma to Legend a 100 lb white lab boxer pit and Lola a 50 lb black terrier pit. I have had dogs as part of my family since Kindergarten. I love seeing and playing with other dogs. I will be walking dogs in the OKC metro of Oklahoma City including the surrounding areas such as Edmond,Yukon,Mustang,Norman, Midwest City, Del City and many others. I can't wait to be able to walk your dogs.

“Experienced with dogs and breed characteristics.”

Hi! My name is Kristian. I love dogs and have grown up with pets and have always had a dog or four. I enjoy being outdoors and sharing that time with a furry friend. I am a stay at home mom who will treat your companion like my own. Cant wait to meet your pup!

I've grown up with many types of dogs since a young age. I have taking responsibility of taking care of each one. I will learn your name and your dog preference do my best on each walk.

Hi, My name is Robin! I am a mother of 2 preteens and we have 3 rescues pups; Lao Tzu-Black Pug, Annie-one eyed Chihuahua & Toasty-Jack Russell Terrier. We love to spend our time fishing, dog walking and helping the elderly.

I absolutely adore dogs. They are the best. I don't have one of my own currently, so let me spoil yours. I would love to walk or sit with your baby. My availability is mostly in the afternoons from 1 to 4 during the week and most of the time, I'm available after 1 on Fridays and Saturdays. I'm usually available anytime on Sundays. I am a fitness professional as well so when it is not too hot, and the dog feels like running, we might do that. Regardless, I will tend to your baby with the utmost care. Thanks for considering me to love on your baby.

“All about WagTastic Service!!”

Hello! My names MeKayla, I’m a college student in Oklahoma City. I am reliable and a loving pet owner myself. I look forward to meeting all pets and their owners!

In the middle of the grand state of Oklahoma lies the bustling metropolitan capital, Oklahoma City. Nicknamed "The Big Friendly," this city is known for a lot of different things including brick town and its canal, one of the best zoos in the nation, and of course, the Oklahoma City Thunder! But did you know that OKC is also known for being a dog-friendly city? Even though it hasn't topped and dog-friendliest lists this year, OKC is a growing hot spot for dog-lovers and their pooches.

Much of this is due to the number of shelters and doggo organizations in the area. One of the largest, the Central Oklahoma City Humane Society, is the largest animal-related charity in the entire state of Oklahoma! Founded with the goal of eliminating euthanasia, it goes without saying this is a no-kill shelter. Founded in 2007, the organization has increased its adoption rates up to 75 percent!

Another rescue that's well-known in the area is the Forever Yours Dog Rescue organization. This rescue was founded in 2008 by three women with both a passion for rescuing animals and experience in doing so. This is an all-breed shelter that utilizes foster families. They also advocate for spay and neutering, and in some cases, assist with financing medical procedures. 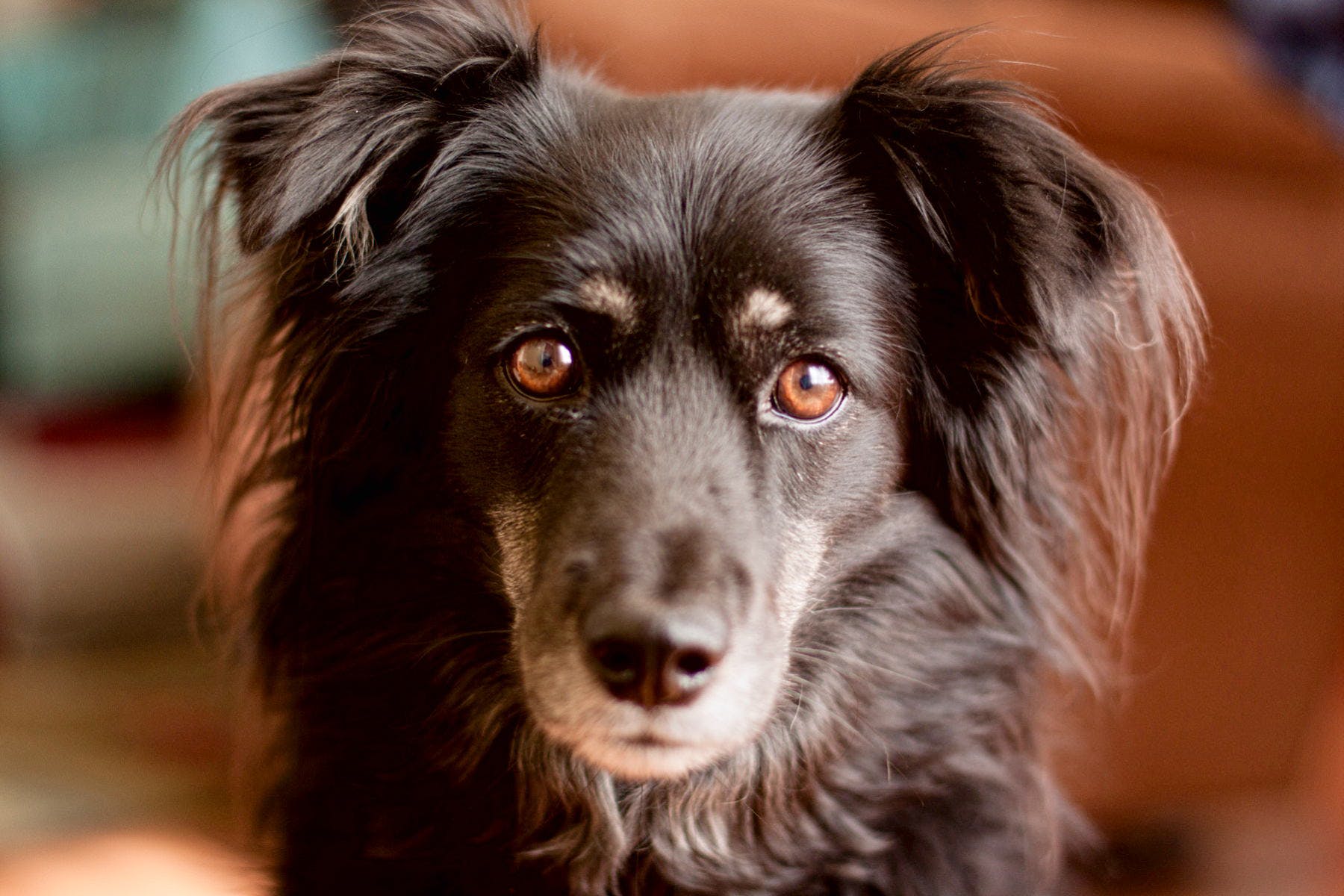 We're sure if you're local OKC residents, you and your pup have enjoyed the delicious doggo treats at Three Dog Bakery. Well, now's your chance to leash up Fido and lace up your sneakers to go jog off those Three-Dog calories. Join hundreds of other pooches and their pawrents in the annual Three Dog Bakery Dog-N-Jog, a race with no official start time and no time limits whatsoever! After the race, you and your pup can enjoy some of the pet vendors on site, snack on delicious treats, and meet other OKC pooches that came out to join in on the fun as well! 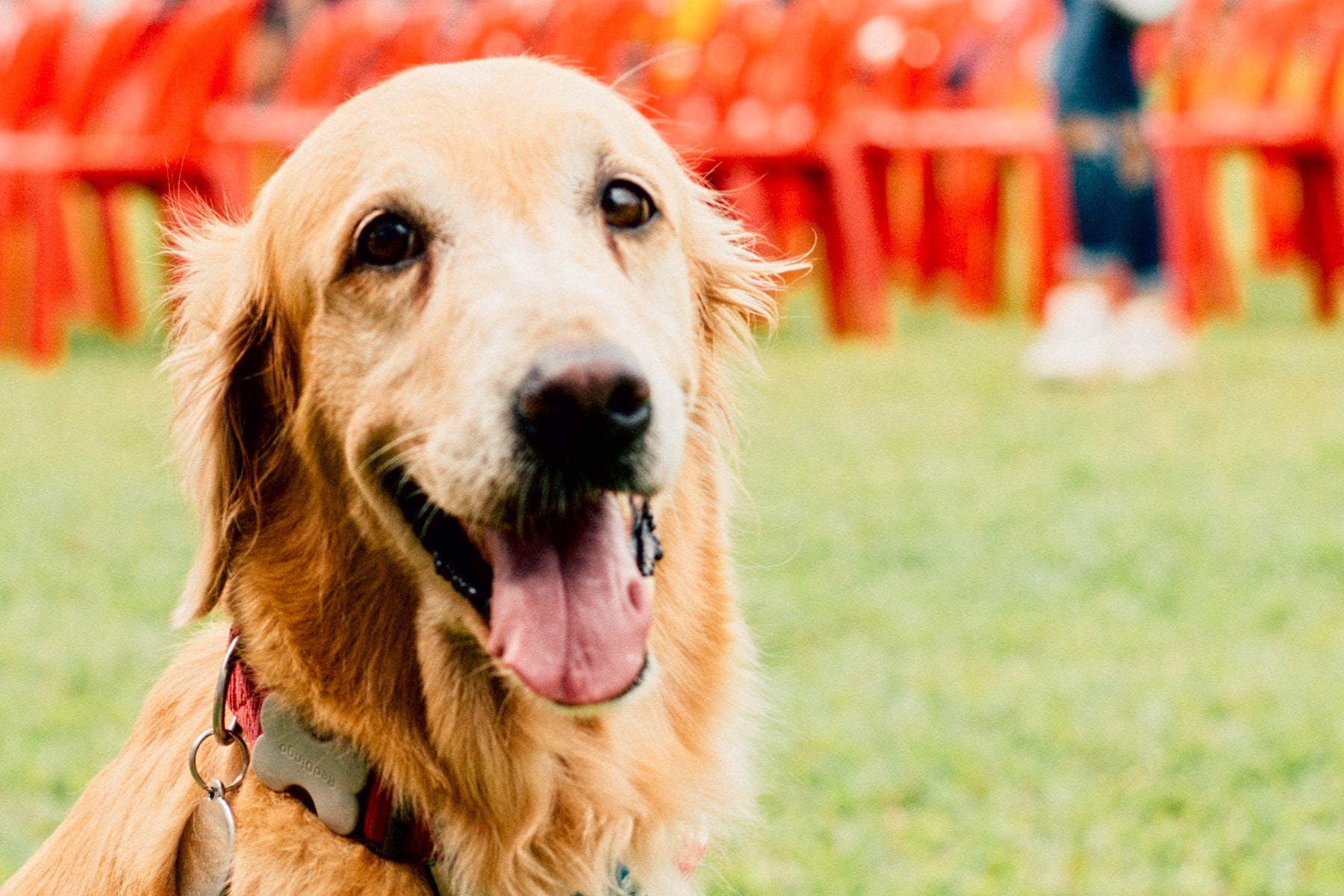 If you're looking for a chance to snap a quick pic of your pooch with the big guy, you're in luck! There are multiple places in Oklahoma city that you can go to grab photos of your canine with Santa Claus! Bring your four-legged family members to the Barking Dog Bakery to nuzzle with other Christmas-lovin' pups, pose for pics, and enjoy some tasty bakery treats. Each photo is $10, but the proceeds go to benefit Bella SPCA. Want another chance for holi-dog cards? Check out the A1 Pet Emporium for your annual pics with Santa Paws!

A Dog Day in December 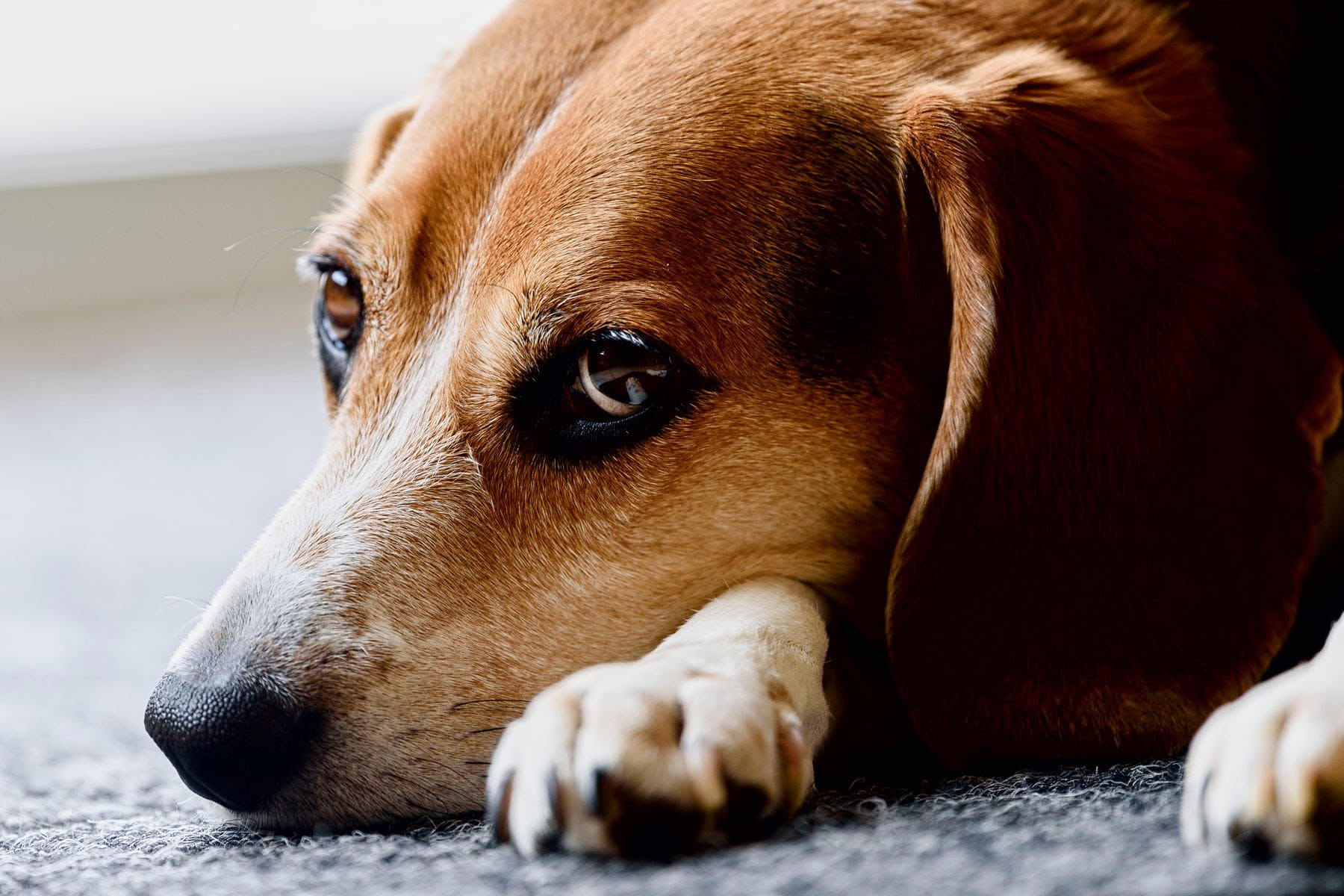 A Dog Day in December

Pick up your pup and head down to the OKC Midtown District for the annual, pet-friendly Dog Day in December. This holiday party/fundraiser held every December will feature Santa-photos for your pooch (printed on site), goodie bags stuffed with dog treats, puppuccinos, auction baskets, raffles, and more! A cash bar and plenty of food trucks will be in attendance as well. Don't miss out on this doggie December celebration!

Santa Paws in the Dog Park 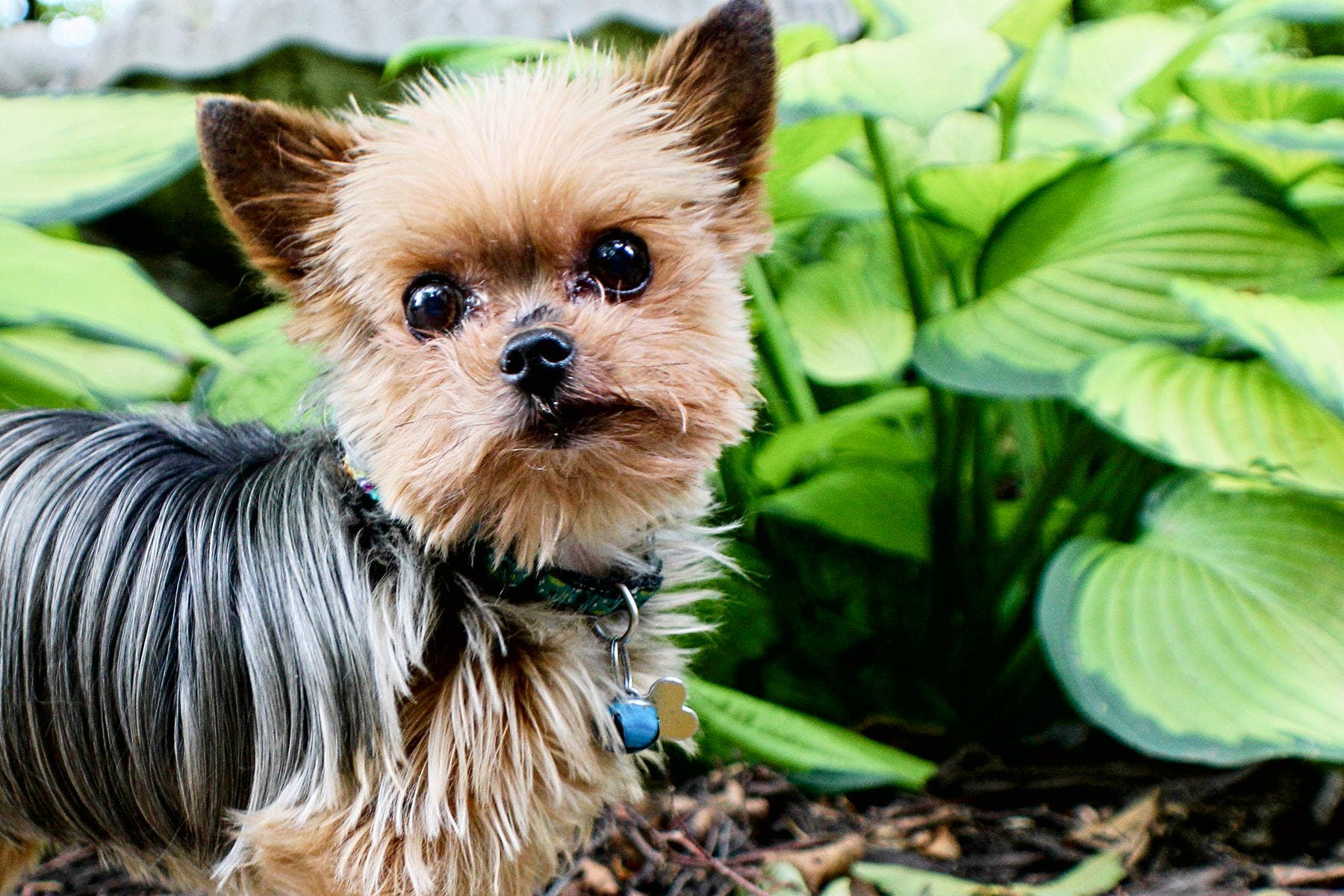 Santa Paws in the Dog Park

Enjoy a fun, winter-themed event against the beautiful backdrop of the Myriad Botanical Gardens. The annual Santa Paws in the Dog Park event is back, and you and your pooch won't want to miss out! Take pics with Santa, make a paw print stocking for your mantle, eat delicious pup treats like (goat) milk and cookies, and romp around with other pooches! Members of the garden can attend this event for $5 and non-members and their pups can enjoy it for $10. 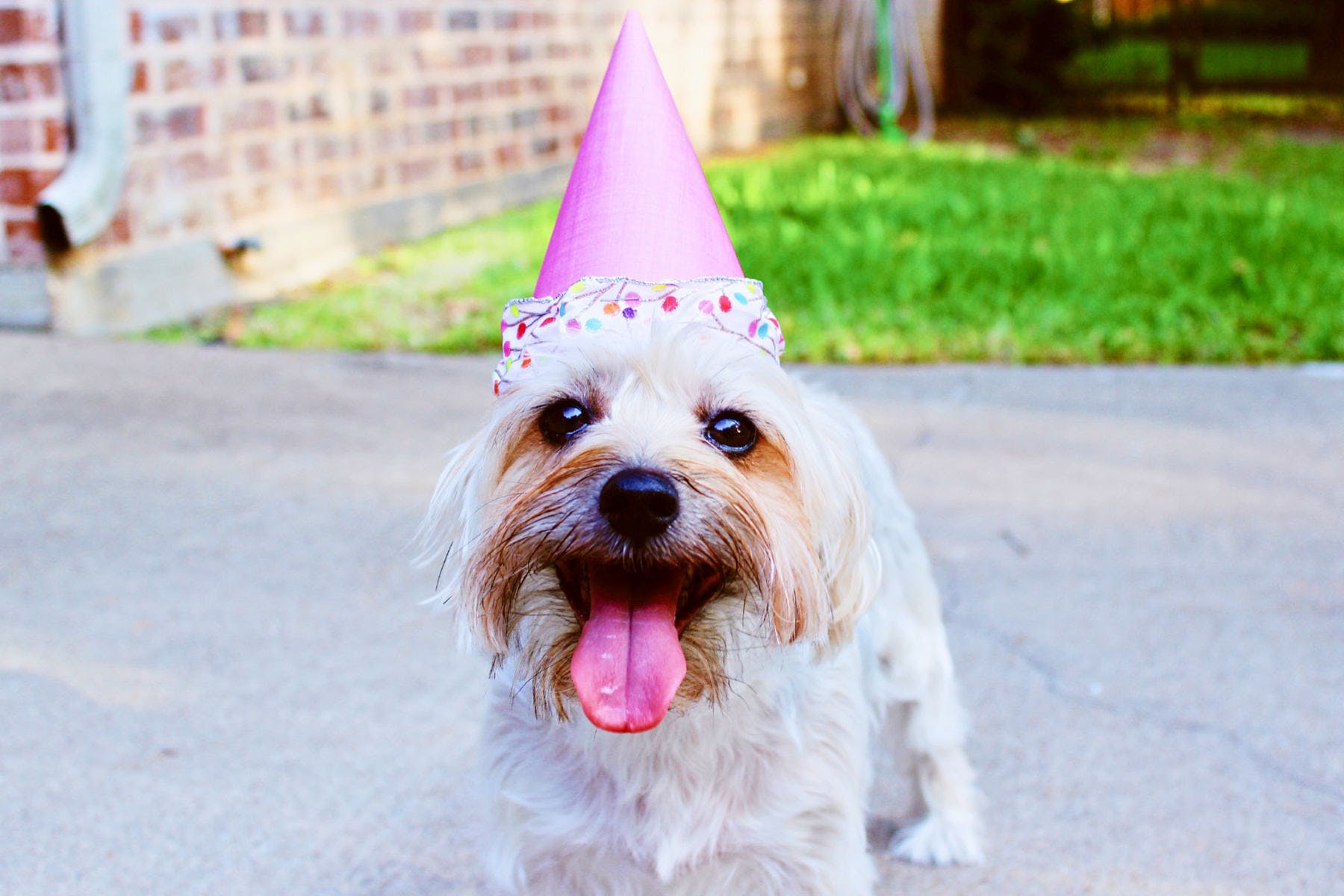 Do you and your pup love to dine on Thanksgiving turkey until you're too stuffed to move? We can relate! Luckily, OKC has plenty of dog-friendly Turkey Trots that you and your canine companion can enjoy together. One of them, the OKC Turkey Tracks 5K, encourages you to bring Fido along while you prepare for a day of delicious food. Make sure your pup is on a leash and is well-behaved, and don't forget to clean up after him. Another, the Edmund Turkey Trot encourages you and your pooch to join the slew of people jogging on Turkey Day. Though not a dog-themed event, the more animals at the race, the merrier!