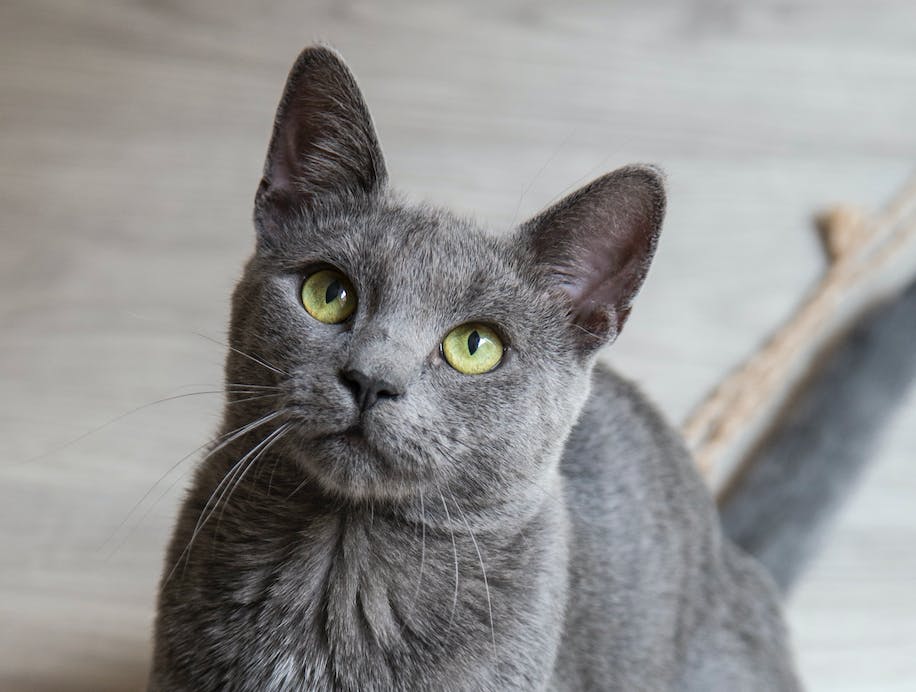 Published: 01/04/2021
Burmese cats have stolen the hearts of cat moms and dads the world over. It's no wonder why — these colorful kitties make "furrific" companions.

Did you know most Burmese cats descended from a single female feline brought to America in the 1930s? Let's take a CLOSER look at a few more of their cute, quirky traits!

1. More than meets the eye

At first glance, the Burmese is a medium-sized cat and fairly average in size. But pick this kitty up and you’ll feel the burn in your biceps, as this is a surprisingly heavy breed.

The Burmese has quite a muscular build under that smooth, silky coat, so there’s plenty more bulk to this cat than you may realize. But that compact, stocky build only makes an already adorable breed even more lovable, especially if you’re looking for a cat with substance as well as style.

The term “people-oriented” tends to get thrown around a fair bit in cat and dog breed profiles. But when it comes to the Burmese, its use is entirely appropriate.

The Burmese is a breed that simply loves being around people. You can expect your cat to follow you around the house and show a keen interest in whatever you’re doing. You can also look forward to plenty of cuddles and snuggle time with your furry friend — and what’s not to love about that!

But just be aware that these cats do demand plenty of attention on a daily basis. If you can’t give your cat all the interaction and TLC they need, this may not be the right breed for you.

3. Burmese love to play (and not just when they’re kittens)

Some breeds are playful and energetic as kittens, but soon come to prefer a laid-back life of leisure as they grow into adults. That’s not the case with the Burmese.

Welcome one of these gorgeous felines into your life and you can expect your newest family member to be young at heart well into adulthood. Curious and inquisitive, the Burmese is always up for a game, an adventure, or a little bit of mischief.

This means that your energetic cat is sure to keep you on your toes, not to mention bring plenty of joy and laughter into your life.

4. They’re sometimes even described as “dog-like”

Looking for a pet that combines the beauty and grace of a cat with the loyalty and people-loving nature of a dog? There’s certainly a lot to like about the Burmese.

With a personality that’s sometimes described as dog-like, this is the cat breed that dog people will find very easy to love. Your Burmese will follow you around, shower you with love and affection, and adore playing games with you. Some have even been known to enjoy a game of fetch, and the Burmese can be trained to perform tricks.

That’s why the Burmese is sometimes given the nickname “dog-cat”, and another reason why this beautiful kitty is such a popular breed.

5. Look into my eyes (and you’ll love what you see)

If you don’t believe in love at first sight, you might change your opinion the first time you lock eyes with a Burmese. The Burmese is famous for its big, round eyes that also happen to be wonderfully expressive. Gaze into those golden eyes and you’ll get a glimpse into the temperament that helps ensure the breed is loved around the world.

Combined with a short, silky coat that comes in sable, champagne, blue, and platinum, those beautiful eyes help create one simply stunning feline.

6. They get on well with just about everyone

If you’ve got kids or other pets, some cat breeds may not be the best choice for your home. The good news is that the Burmese is one of the more easy-going members of the cat world and typically quite a friendly feline.

This is a breed that can tolerate and even get on quite well with other pets, while the Burmese also makes a great playmate for kids. The breed can also adapt to life in a wide range of families, helping to ensure a harmonious home.

7. Burmese have brains as well as brawn

They may be quite muscular and athletic, but don’t let that fool you into thinking that this breed is more of a doer than a thinker.

In fact, you might be a little surprised to learn that the Burmese is also a highly intelligent cat. Combined with their playful and curious nature, this makes this kitty love things like interactive toys, trick training, and exploring.

This is a super smart breed, and your cat will love wowing you with their intellectual prowess whenever possible.

The gorgeous soft coat of the Burmese looks spectacular, but it doesn’t require a great deal in terms of regular care. Short and close-lying, the coat doesn’t shed all that much and can benefit from a weekly brush. Other than that, the breed’s grooming requirements are quite minimal.

Of course, that doesn’t mean your Burmese won’t take up a whole lot of your time. This is a cat that needs plenty of love, attention, and interaction every day, so you’ll never have a dull moment with a Burmese in your life.

9. Burmese are bold and fearless

All of these characteristics make them very easy to love, but they also mean your cat may be quite capable of getting themselves into trouble. As a result, your Burmese should be kept indoors at all times to help keep them safe.

Last but not least among the many quirky characteristics of Burmese cats is the breed’s talkative nature. This is one cat that’s never shy to voice an opinion and let you know exactly how they’re feeling.

The Burmese has a voice that’s a little softer than the Siamese, and also slightly hoarse. It’s also very cute, and you’ll love the animated “conversations” you can have with your kitty.

All things considered, it’s pretty easy to see why the Burmese is a much-loved breed right around the world. If you’re looking for a cat that’s playful, loving, and loyal, it may just be your “pawfect” match.