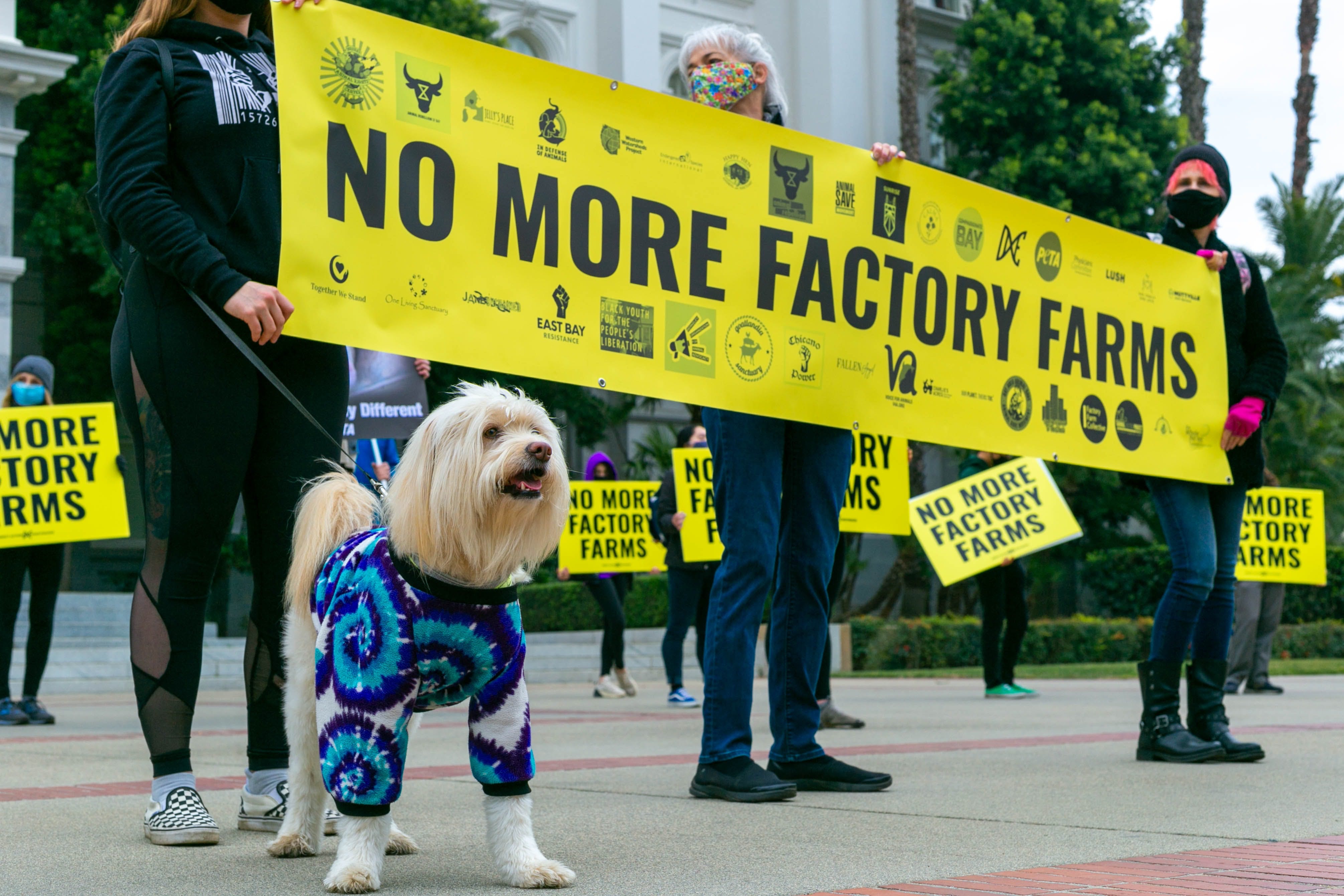 Published: 6/14/2021
Monday blues got you down? Here are three animal rights success stories that are sure to lift your mood!

The World’s Loneliest Elephant No More

In the 1980s, a young Asian elephant named Kaavan arrived in Pakistan as a gift from the Sri Lankan government. He would spend the next three decades of his life at the Marghazar Zoo in Islamabad, where he was mistreated despite being the main attraction. In the 1990s, a female elephant from Bangladesh named Saheli joined him in his barren enclosure. Unfortunately, Saheli died in 2012 due to her infected wounds, and Kaavan has been alone ever since.

With his only companion gone, Kaavan became increasingly aggressive and spiraled into zoochosis, or repetitive behaviors that can occur in captive animals. In an attempt to keep him under control, zookeepers chained the 5-ton pachyderm for prolonged periods, which led to permanent scars on his legs.

But all is not lost for the world’s loneliest elephant. Concerned Pakistanis began to rally for Kaavan’s freedom, and his plight would reach animal welfare organization Four Paws International (FPI) and pop icon Cher. Years of campaigning by the singer and various groups eventually paid off, as in May 2020, the Islamabad High Court ordered the closure of the zoo and the relocation of all the animals.

Kaavan’s new home will be the Kulen Prom Tep Wildlife Sanctuary in Cambodia, but moving him there was not going to be easy. To prepare him for his trip, FPI’s head veterinarian Dr. Amir Khalil and his team spent hours training and bonding with Kaavan every day. They also changed his diet to bring him to a healthier weight.

In November 2020, after a 7-hour flight and a long drive, Kaavan arrived at the sanctuary, where he was welcomed with a fruitcake and banana tree leaves. According to FPI’s latest update, Kaavan is enjoying his new home and has made friends with the other residents of the sanctuary. He will soon be moving to a bigger outdoor enclosure in the jungle where he can finally just be an elephant.

Earlier this month, Estonia became the 14th European nation and the first Baltic state to ban fur farming. Out of 101 members of the country’s parliament, 55 voted in favor of the bill, which will be enacted in January 2026.

The public also supports the ban. According to a September 2020 survey, 75% of Estonians are not in favor of raising and killing animals such as minks and foxes for their fur—a sentiment that has grown from 69% in 2016.

Estonia has been discussing a possible ban since 2009, and its fur industry has been on the decline in recent years. At the beginning of 2021, the country’s biggest fur farm, which previously had 160,000 animals, announced that it was empty. Thanks to the tireless work of local animal rights groups, more animals will be saved from suffering.

73 Cows Find Their Happily Ever After

Born and raised on a dairy farm in Ashbourne, UK, Jay Wilde spent his childhood summers helping out on his father’s property tending to their cows. Like all farming families, they always had meat and milk on the table, but Jay began to feel uneasy about eating the animals that he’d raised, realizing that they had feelings and personalities too. After joining a transcendental meditation group in his 20s and meeting vegetarians for the first time, he decided to go vegetarian himself.

In 1997, the farm’s operations shifted from dairy farming to organic beef farming, and while Jay carried on with the farm work and inherited the property later on, it became increasingly difficult for him to load the cows into the trailer that would take them to the abattoir. He described the experience as “soul-destroying.”

With the support of his wife Katja, Jay chose to exchange beef farming for sustainable organic vegan farming, becoming the first farmer in the UK to do so. But what about the 73 cows on the farm? Sending them to market or slaughter was not an option, so the Wildes decided to try to get them into sanctuaries, even if it meant that they would lose money.

Jay worried that the cows would have to be separated and sent to different places, and that finding them homes would take a long time. Luckily, Hillside Animal Sanctuary agreed to take the entire herd, and within months, the majority had moved to their new home in Norfolk. Today, about 20 cows and calves remain on the Wilde farm to support the important flora and fauna dependent on their organic manure.

“It’s an absolutely [sic] dream outcome that they can all stay together and live out the rest of their lives,” Jay said.

This touching story is the subject of the BAFTA-winning short film 73 Cows, which can be viewed online for free.

We hope these stories put a smile on your face!