8 Unusual Facts About The English Mastiff

The English mastiff is a huge dog breed, with a barrel chest and a deep voice. Despite their hulking size and intimidating growl, though, the English mastiff is loyal, generally friendly, and an ideal family pet if you want something big enough for little children to ride like a pony. However, there's more to these four-footed giants than meets the eye.

The Ancient Romans left their mark on the world, and one way they did that was by breeding war dogs that accompanied their infamous legions all around the world. There are statues of these dogs, and they look surprisingly like the modern English mastiff, which suggests that the two are strongly related. According to experts the molossos, Rome's original mold, is the common ancestor of most mastiffs. These dogs were used in combat, as well as for guarding important people and places, which made the dogs valuable outside the legions, and explains why mastiff breeds are so common around the world.

If you're getting into a rickety boat to sail across an ocean, a journey that can take months of time where you have to haul all your own food and water, you generally bring only the essentials with you. Most people wouldn't consider dogs that can weigh nearly 200 pounds an essential, but most people weren't John Goodman. The 25 year-old pilgrim brought his English mastiffs on the Mayflower with him, and they sailed to the New World. Though the master didn't last long, the community adopted his dogs, and cared for them.

Fact #3: They Were Fighting Dogs, But No Longer

Part of the English mastiff's fearsome reputation was that, in addition to its size, the dogs were bred and trained for dog fighting. From bear and bull-baiting, to one-on-one arena fights, English mastiffs were the dog of choice for owners who wanted four-footed gladiators. However, these cruel pastimes were outlawed in England in 1835. The breed was still used as a guard dog, though, and they were very popular among nobles for keeping their estates safe.

Fact #4: We Almost Lost Them During World War II

When rationing became a serious issue during the second World War, lots of people were actually encouraged to euthanize their pets in order to preserve Britain's food stocks. After all, if you had to choose between feeding the populace, and feeding all their dogs, the choice was pretty easy to make. The result, though, was that the English mastiff population shrank to nearly nothing. Grim as that sounds, though, the breed came back from the very edge of extinction, and it is now robust, and popular all around the world.

Fact #5: English Mastiffs Are The Biggest Dog Breed in Terms of Mass

The size of a breed is a difficult thing to hash out sometimes, because there are so many different ways you can look at a dog's bigness. For example, the Great Dane and the Irish Wolfhound are noticeably big dogs, and they tend to be taller than the English mastiff. However, when we're talking pound-for-pound mass, the English mastiff is the biggest dog breed on Earth. They regularly weigh more than most people, ranging between 175 and 200 pounds, and the heaviest dog on record (at least at time of writing) was an English mastiff.

Fact #6: They Also Have The Biggest Litters

Because the English mastiff's tag line might as well be "bigger is better," it should be no surprise that they have some of the biggest litters among dog breeds as well. A typical English mastiff little of puppies is going to be between 10 and 12 dogs. However, the biggest litter on record was twice that size. The mother had 24 puppies, and of those puppies 20 of them survived past the first week. In terms of breeding that is a huge success, and in terms of world records it hasn't been beaten yet.

Fact #7: English Mastiffs Are No Strangers To The Silver Screen

While dogs like the golden retriever or the German shepherd are more commonly seen on TV and in movies, the English mastiff has had its share of appearances on both the big screen and the small. Hagrid's dog Fang in the Harry Potter franchise is an English mastiff, for example, as the only breed big enough to keep up with the half-giant groundskeeper. The Hound of The Baskervilles, one of the most famous Sherlock Holmes mysteries, prominently features an English mastiff. Other films and franchises have featured this breed, and being on-set seems to agree with them, overall. English mastiffs are intelligent, hard-working, and they tend to be easy to train, and to work with, when it comes time to let the cameras roll.

Remember how we mentioned that England outlawed dog fighting in 1835? Well, that had two effects on the English mastiff as a breed. First and foremost, it was no longer legal to push them into these cruel pastimes. However, it also meant that owners and breeders had to compete in a different way. Having the biggest, meanest, toughest dog did them no good, so they instead focused on having the most iconic mastiff. That was when breeding for appearance started, and it's one reason English mastiffs have such a specific look to them today.

My beloved Shelby, Gentle giant for sure, Hector the protector, Yup! Steadfast and stubborn, you betcha! Eleven years old and counting!! Hope for 11 more! 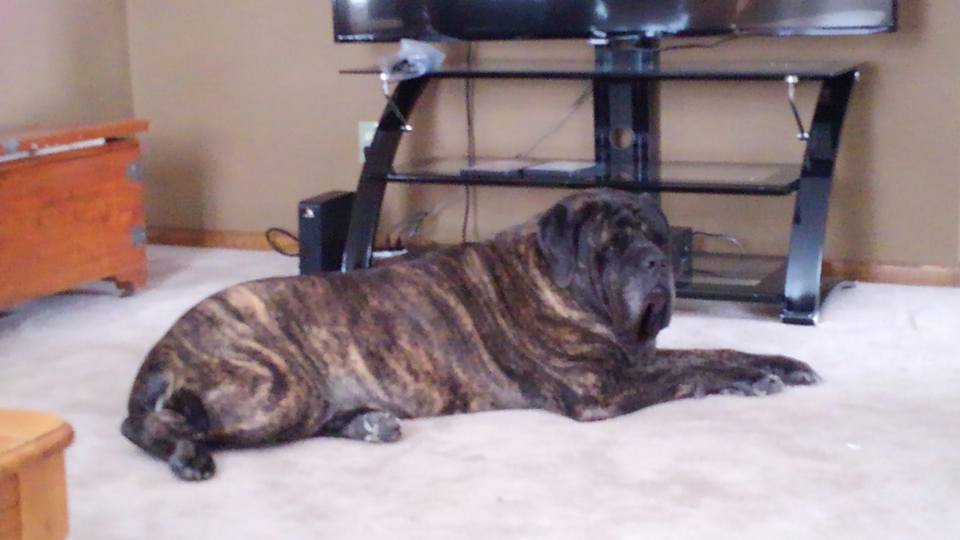 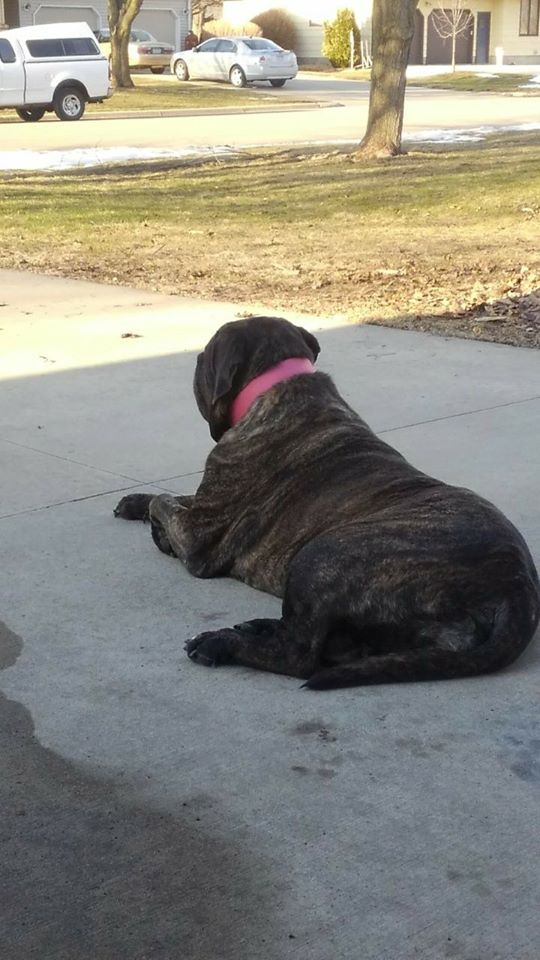 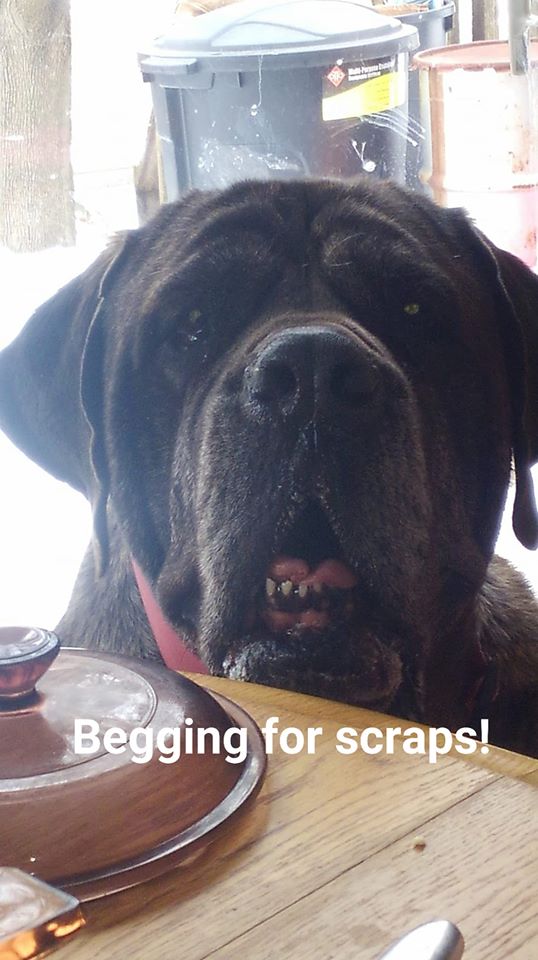 As an English mastiff I can confirm that this is true.