An Unlikely Duo: A Sloth and a Dog Friendship 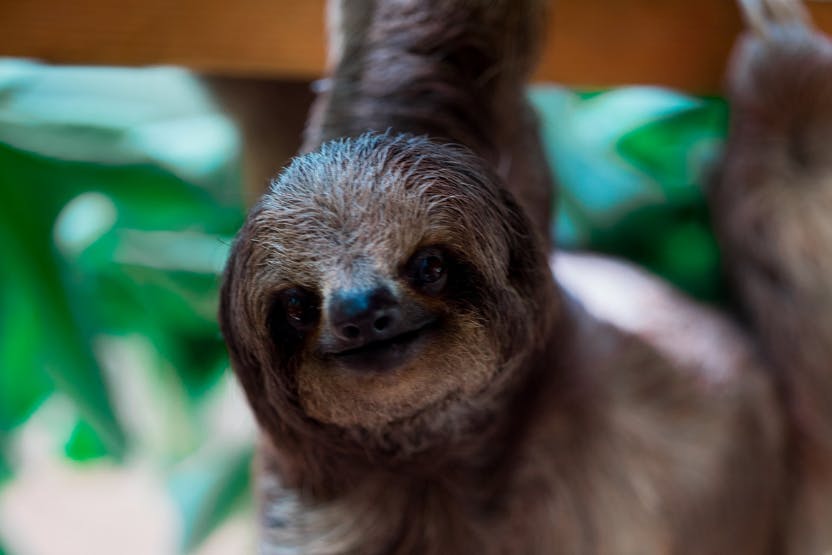 Though sloths play an important role in the ecosystem and are loved by many thanks to their adorable faces, they are not exempt from habitat loss and other problems. Two of the six species of sloths are high on the International Union for Conservation of Nature (IUCN) Red List of Threatened Species, with the pygmy three-toed sloth considered “critically endangered” and the maned three-toed sloth categorized as “vulnerable”.

Let’s spend International Sloth Day by slowing down and learning more about these unhurried critters! But first, a heartwarming story about an unlikely friendship…

A post shared by Chuwie El Galan, The Sloth (@chuwieelgalan)

Not too long ago, a cute video of two friends from Caracas, Venezuela was posted online. The minute-long clip shows pals Chuwie and Eli playing together. But what’s unusual about the pair is that Chuwie is a sloth and Eli is a Beagle.

Interspecies friendships are not unheard of, but sloths and dogs typically don’t mix. In Costa Rica, dog attacks are the second leading cause of death for wild sloths. However, Eli and Chuwie prove that there's often an exception to a rule.

Chuwie was rescued by Eli’s family after he was found close to death on the road. He had been electrocuted on a power line and lost three of his claws. Unable to find a local vet who knew how to treat sloths, Eli’s family enlisted the help of veterinarians and experts from all over South America.

Thanks to the support they received, they were able to nurse Chuwie back to health and establish the Chuwie Foundation, Rescue and Rehab Center for Sloths. In just 8 months, the center has rescued 51 sloths, more than half of whom have been released back into the wild. Chuwie, their first rescue, now serves as the ambassador of the foundation.

Eager to know more about the slowest mammal on Earth? Here are some interesting facts about sloths!

Do you have any favorite unlikely duos? Which sloth fun fact did you find most fascinating? Share them with us in the comments below, and tag #wagwalking or @wag on Instagram for a chance to be featured on our feed!