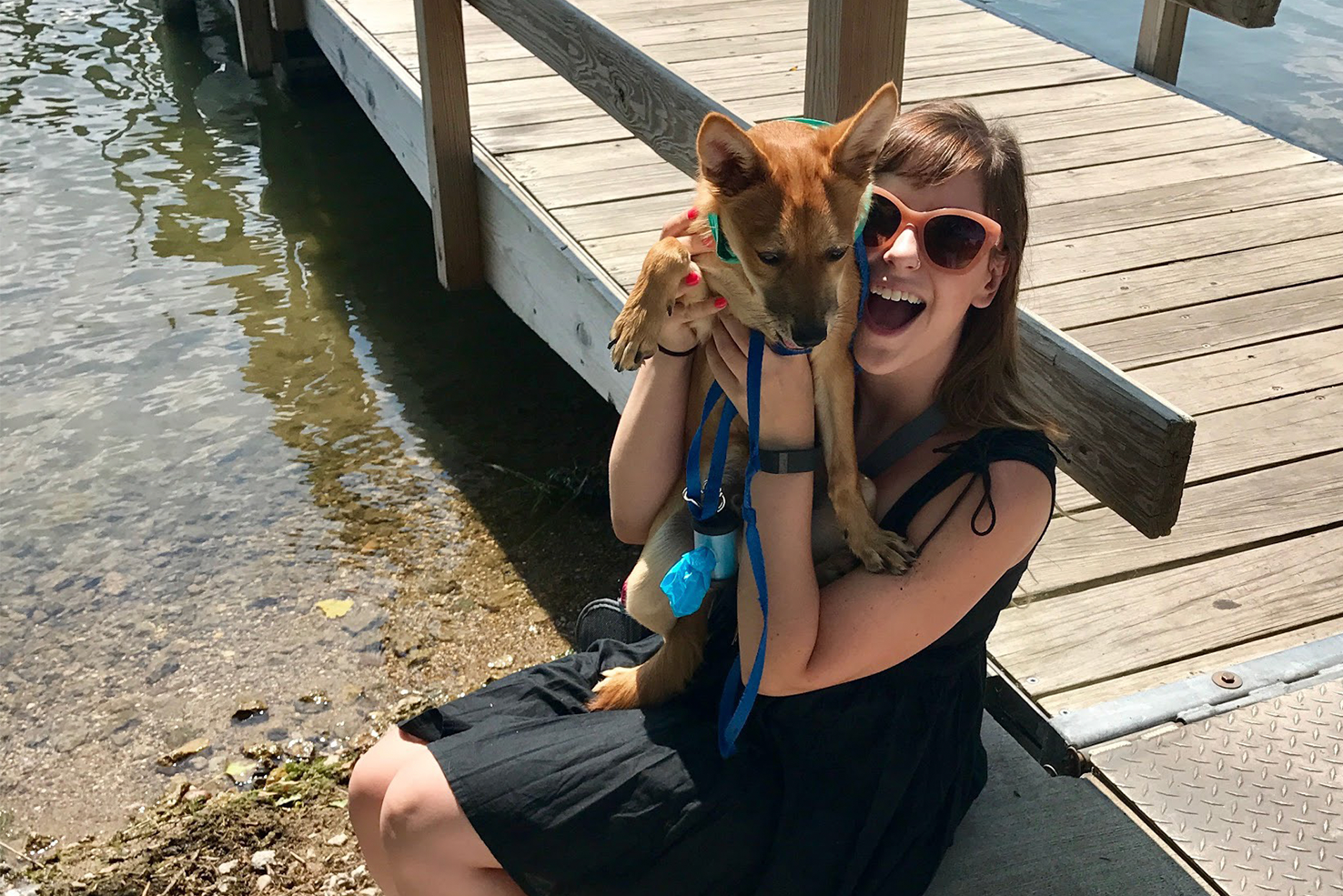 “Short on cash, high on stress, and low on puppies.”

That’s the way Angela described why she decided to put her dog experience to work as a walker on the Wag! platform. At the time, she was working on her Ph.D. in Minneapolis.

“I had always loved dogs and had been pet sitting for over a decade, but dog-friendly apartments are in short supply in Minneapolis and I had an unpredictable work schedule, so it wasn't in the cards to have a pup of my own.

Stress relief as important as her earnings

There are more hospitable places to walk dogs much of the year than Minneapolis, but Angela says even a cold, snowy walk is made much better with a dog at your side. And with almost two years walking with Wag!, Angela has more than 180 walks under her belt and a 4.9 (out of 5) rating by her pet parents.

“Dog walking appealed to me for a number of reasons,” said Angela. “As a grad student, I was always in search of additional sources of income to supplement my meager stipend. And the stress relief provided by dog walking was just as crucial as the cash.”

What did Angela do with her savings?

Walkers with Wag! use their income for any number of reasons — from household expenses to school to travel. Angela?

“When I started dog walking, I set up my Wag! payments to channel into my savings account, but I wasn't sure how much I'd be pocketing. I did well enough in my first 6 months of dog walking to cover a trip to Hawaii last year!”

Leaving Minnesota snow for some time in Hawaii sunshine?

“I don't know that there's a feeling much better than escaping Minnesota in the midst of a full-blown April blizzard for the tropical rainforests of Kauai. My flight was delayed by a day due to 18 inches of snow, but it was worth it.”

“Now that I'm a full-time pet care provider, the time I spend with my puppy pals pays for everything,” said Angela. “I never anticipated that I could pay my rent by running around outside with adorable dogs.”

One of Angela’s favorite pup stories is about Apollo, a Great Dane puppy.

“I gravitate to big, silly dogs, and I was thrilled when I landed a Wag! walk with Apollo,” said Angela. “I ended up having lunchtime walks with him every Wednesday for months, and we had a blast galloping around the back yard, playing tug, and snuggling on the couch.

“He has quite the voice and sang me many beautiful howl-y songs when I would arrive,” said Angela. “When Apollo had a sudden health scare and needed close 24/7 monitoring, I was touched that his mom reached out to me to ask if I'd be willing to come hang with their poor sick boy so that she and her husband could go out for dinner and have a few hours of relief.”

Apollo has since healed and graduated to doggie daycare, but his mom still sends Angela updates when the dog sings particularly special songs.

And there’s the dog that moved away, but still keeps in touch on social media.

“One of the very first dogs I walked through Wag!, Cub, became my first regular and then relocated to Nebraska for her dad's job,” said Angela. “Her mom and I follow each other on Instagram and it feels like I'm checking in on my niece every time I see a photo of her pup!”