Do You Scoop the Poo? 5 Top Dog Walking Tips 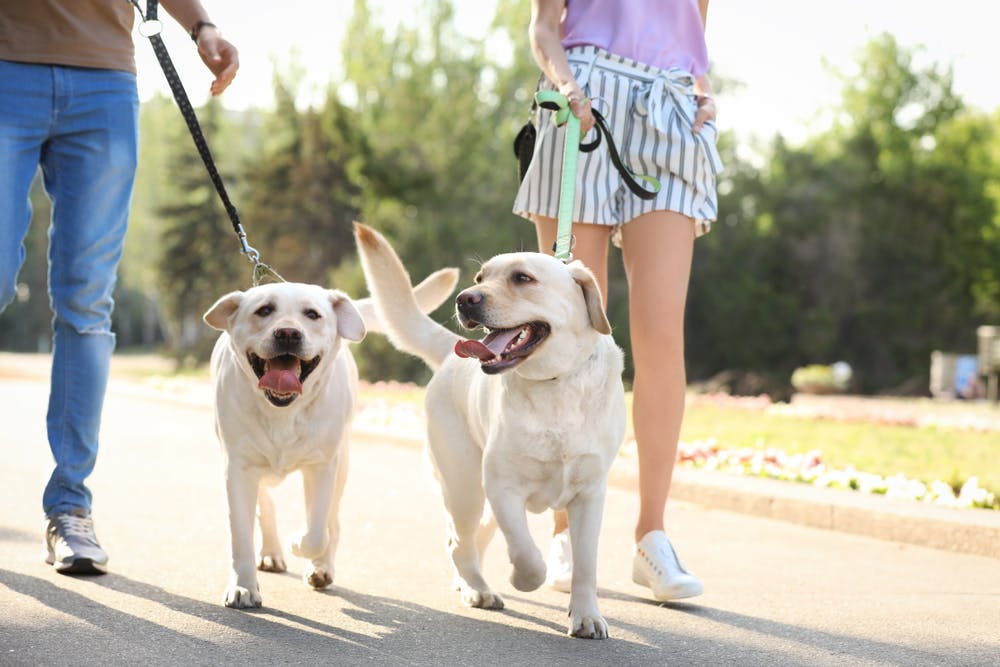 Do you scoop the poop? It's an important question for pet parents to answer. Dog poop isn't just a nuisance to step in. It can also contaminate water supplies and contribute to pollution. Since dog poop doesn't just decompose, it can release pathogens and bacteria, such as salmonella and E. coli, into local water supplies, damaging the local ecosystem and making the water undrinkable.

With over 83 million dogs producing around 10 million tons of dog waste each year in the U.S alone, it's a potentially serious problem if nobody scoops the poop. Here are a few pointers on being a diligent doggo parent and picking up after your pup whenever you're out on dog walks.

You won't be able to pick up after your pup if you don't come fully prepared! Whenever you leave the house with Lucky in tow, always bring along a few doggy bags. If you're forgetful and tend to leave your doggy bags at home, consider leaving a few in your jacket pocket at all times so you're well-prepared.

You should also consider using biodegradable plastic bags rather than standard ones, as ordinary plastic bags take years to degrade and preserve your dog's poop at a local landfill. Just be sure to dispose of them in the correct receptacle! (We’ll discuss this in more detail in tip #3.)

Use technique and technology to make picking up poop a breeze

Nobody enjoys scooping the poop, but thankfully there are plenty of ways you can make the job a little easier. For new pet parents, it's worth pointing out the best way to pick up dog poop. Grab your plastic bag, turn it inside out over your hand like a glove, and pick up the poop. Then turn the bag back round the right way, and you'll have cleaned up safely and without any mess.

If you're still not keen on picking up after your pup, you’ll find plenty of useful contraptions to make the job as easy as possible. A pooper scooper picks up any waste off the ground and keeps it at arm's length. Big-box pet stores carry tons of variations of the pooper scooper, so try a few out until you find the right one for you.

Dispose of the poop correctly

After picking up your dog's poop, you might be tempted to dispose of it in your compost pile or run-of-the-mill trashcan. Your local waste processing facility may not be set up to deal with dog waste, so always err on the side of caution and contact your local facility to double-check. Additionally, composting is dangerous as the temperature is likely to be too low to kill off bacteria present in dog poop. This could cause contamination, especially if the compost is used to fertilize food crops. At dog parks around your city, you'll undoubtedly find designated dog waste trash cans where you can safely dispose of your dog's poop.

The Environmental Protection Agency also states it's generally okay to flush dog poop down the toilet, so this method of disposal is acceptable as a last resort. Just make sure you don't flush plastic bags, as they can clog up your plumbing and damage local sewer systems. Again, be sure to check with your local wastewater facility. Some areas aren’t equipped to process anything except flushed human waste.

Don't let your dog poop near a water source

Dog poop and water sources don't mix, as dog poop can have a serious environmental impact on water. While walking your woofer, ensure they don't poop on the banks of a river or lake, as there's a much higher chance of bacteria entering the water.

Don’t let Fido poo within 200 feet of a body of water. Also don't dispose of poop in a storm drain, as it will find its way into a nearby water source. If your dog does happen to poop during your riverside ramble, pick it up immediately to avoid any potential environmental problems.

Pay attention to where they go

Lots of dogs like to poop in similar spots, whether it’s on pavement, in the bushes, or on the grass. Paying attention to where your dog likes to go will make it easier to clean up after your woofer every time. If you know you're in an area where your dog usually likes to poop, keep an eye on them so don't miss scooping the poop. If you know roughly where your mutt likes to go along your favorite dog walking route, it'll make cleaning up after them much simpler.