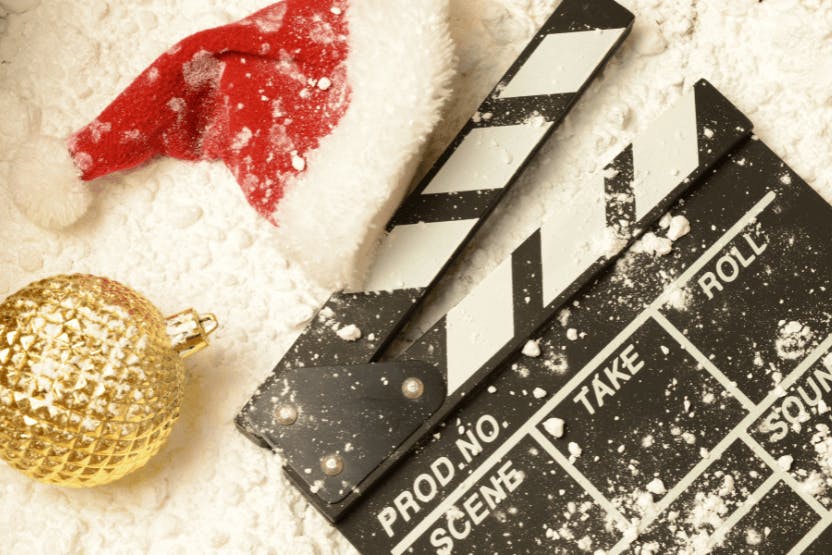 Preparations for December holidays can keep us all super busy, but our fur babies may be wishing they had more of our attention amid all the hustle and bustle. Watching a holiday movie with your dog is a furbulous way to relax for a couple of hours and snuggle with you furvorite furry pal. But how do you choose the right one?

To help you choose a Christmas movie that's pawrfect, we’ve compiled a list of our top 5 holiday flicks to watch this winter. All that’s left is to pop some popcorn, heat up a hot chocolate (and a pup-safe one for your dog), grab a blanket, and settle in!

For many people, Christmas isn’t complete without a viewing of A Christmas Carol, the movie adapted from Charles Dickens’s 1848 novella. The original 1938 black-and-white film is the gold standard for those who love the classics, although several more were made in the years following. Then, in 1998, this animated version was released with an all-dog list of characters voiced by an all-star human cast. In this third installment of the All Dogs Go to Heaven movies, some familiar characters re-appear for a holiday romp.

All Dogs Christmas Carol tells the Dickens tale from a canine perspective. Some of the characters’ names are different, but the message remains. We see the tough Bulldog Carface (the Scrooge-type character) transformed from a selfish, greedy pup to a dog filled with the joy and the generosity of Christmas. Timmy is a young puppy who needs surgery to fix his leg, but greedy Carface and his buddy Killer steal the money intended to pay for it. Charlie, Annabell, Sasha, and Itchy are the dogs who tease Carface out of his disdain for the holiday and other dogs.

A bright, colorful film, All Dogs Christmas Carol will attract Fido’s attention with its visual action and sound effects. You’ll be enchanted by the clever dialogue and charming songs, especially Clean Up Your Act, sung by the Ghost of Christmas to Come. For dogs and dog lovers, this is a furbulous way to kick off the holiday season!

How the Grinch Stole Christmas

Made in both animated and live-action formats, How the Grinch Stole Christmas faithfully re-enacts Dr. Seuss’s children’s book of the same name. Your pup will perk up at the songs and colorful moving images, and you’ll love the classic tale of an evil soul that is redeemed.

Mr. Grinch’s faithful brown dog Max serves as the villain’s single friend and reindeer with tied-on antlers who carries Grinch’s sleigh and an empty bag to Whoville to steal everyone’s gifts and goodies. “Yipes” and “Raaaaah!” are his only words in the movie, but his sweet character and love of Christmas endear him to audiences.

The Grinch’s transformation is brought about by an adorable, lost little girl from Whoville, Cindy Lou Who. She sees the warmth under the Grinch’s smelly, hairy, green exterior and melts his heart. Because of her, the Grinch changes his mind about Whoville and Christmas and transforms his feelings of vengeance to generosity.

In this Hallmark original, Todd is 20 years old and a dog lover. He's also developmentally challenged. His father George, keen on preventing Todd from being disappointed, refuses to allow him to adopt a dog during the local shelter's "Foster a Dog" Christmas event. Todd's mother, Mary Ann, suspects George's feelings may also be about something else that's troubling him.

Mary Ann supports Todd's wish to adopt a dog and he ultimately brings home a sweet Yellow Lab named Christmas. Over time, Todd shows he's able to care for the pup. Their growing relationship is an inspiration for the whole family to redefine what the holiday truly means to them. George's resistance is slowly broken down, leading to an appreciation of the Christmas message from his son and their new canine family member.

This film tells the story of two young girls named Alex and Peyton, whose mothers have both died in the same hospital. Just before Christmas, they visit a pet store together and, charmed by the puppies they see, decide they must each get a puppy for Christmas! They know their dads can’t afford it, so they put their heads together and conclude that the way to get the puppies is through doing good deeds so Santa will notice and gift them the dogs!

The girls have a grumpy neighbor, Mr. Nilwater, whom they decide to pour good deeds onto. They bake for him, decorate his house for Christmas, and then bring joy to others in their community. As Nilwater watches, they and he come to realize that Christmas is not about getting, but giving.

Your fur baby will enjoy the scenes with puppies as they squeal over the attention they’re getting from Alex and Peyton. The humans watching Project: Puppies for Christmas may become teary-eyed, but they’ll also smile as the girls and Mr. Nilwater discover the true meaning of Christmas.

In A Doggone Christmas, an orphaned puppy named Murphy becomes a CIA pawn when the agency discovers that the dog has the ability to send and receive messages telepathically. With the intention of using the Jack Russel Terrier, played by YouTube star Just Jesse the Jack, to become a covert agent, the government locks him up. Miraculously, the tiny pup escapes right into the arms of two brothers – just a week before Christmas.

The CIA, naturally, sets out to find them, using every surveillance method and tracker they have, putting the pup and the brothers in danger. But the clever boys recruit their friends and jump on their bikes to keep the pup safe, and in the process channel the spirit of Christmas to save the day. At once a thriller and a warm picture of what love for an animal can create, this movie will enrapt humans and spark interest in the pooches snuggling by their sides. This will be one of the best Christmas movies to watch with your dog all season long!

Didn't see your dog's favorite holiday movie on our list? Share it in our comments section below, and tag #wagwalking or @wag on Instagram for a chance to be featured on our feed!