What You Can Do to Stop Dog Fighting 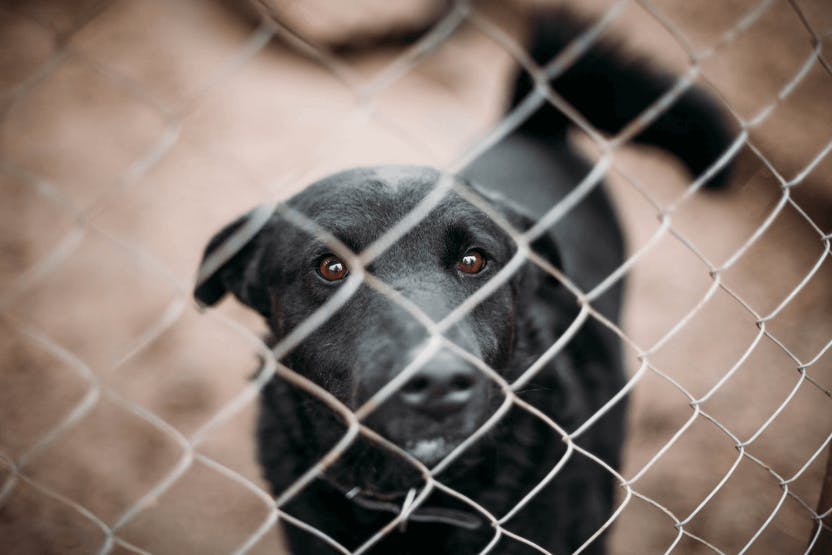 Is dog fighting common in the US? The answer might surprise you.

Despite a lack of public awareness, dog fighting is widespread in the US. The Humane Society of the United States (HSUS) estimates that 40,000 Americans participate in organized dog fights annually. That's why, in 2014, the American Society for the Prevention of Cruelty to Animals (ASPCA) officially declared April 8th National Dog Fighting Awareness Day.

Dog fighting harms tens of thousands of dogs every year and is often linked to other criminal activity, such as illegal gambling. While dog fighting is a felony in all 50 states, it is underreported, and many people don't know what signs to look for. Read on to learn how to spot the signs of an illegal dog fighting ring, plus a few ways you can help end this cruel practice.

How to spot signs of dog fighting

Dog fighting is one of the cruelest acts of animal abuse. Although dog fights are rarely to the death, they can last as long as two hours, leaving dogs severely wounded. Utility workers, such as postal workers and electricians, have the best chance of spotting signs of dog fighting. However, it's possible to see the signs of dog fighting around your neighborhood.

Here's what to look for to spot potential dog fighters:

Find out more information on how to spot dog fighting through HSUS' resources.

How you can help end dog fighting

What can you do to help stop dog fighting? Whether you see a fight in progress, suspect someone of operating a dog fighting ring, or just want to help make a difference in the lives of retired fighting dogs, there are plenty of ways you can help both actively and passively.

Call 911 if you witness a dog fight

If you spot a dog fight in progress, call 911. As mentioned, dog fighting is a felony in all 50 states (and it's also a felony at the federal level), so your local law enforcement will take any reports of dog fighting seriously.

HSUS offers a reward of up to $5,000 for any tip that leads to the conviction of a dog fighter. You can report any tip by calling 1-877-TIP-HSUS. To raise awareness, spread the word in your local community and on social media. Doing so may spur someone into taking action against a dog fighter.

Even if you don't catch dog fighters in the act, you should still report any dog that's being abused. Consider contacting your local humane society or animal control if you spot a malnourished dog chained up and covered in scars (or any other signs of dog fighting listed in the section above).

Donate to a charitable organization

To make a small yet direct impact, consider donating to a non-profit if you're able. Many pet parents choose to donate to large, well-known organizations, like The Humane Society. Donating to a local non-profit will also help pets right in your community.

Here are a few more organizations you can support to help end dog fighting:

The Animal Rescue Site by GreaterGood also has open petitions regarding dog fighting. One example petitioning Google to remove a dog fighting game from the Play Store received over 140,000 signatures.

Many activists against dog fighting feel that laws on dog fighting aren't strict enough. Dog fighting is a felony under the Animal Fighting Prohibition Enforcement Act, which can carry a sentence of 3 years in prison and a $250,000 fine.

However, convicting dog fighters can be difficult due to a lack of resources and investigative challenges. One way you can help end dog fighting is to pressure your state representatives to change laws regarding dog fighting — to make prosecution easier, or punishments for dog fighting harsher.

Check out the official Congress website to find out who your House representative is.

We can rid society of dog fighting for good by working together. Share this article with friends and family to help spread awareness.