Why Are Cats Scared of Cucumbers? 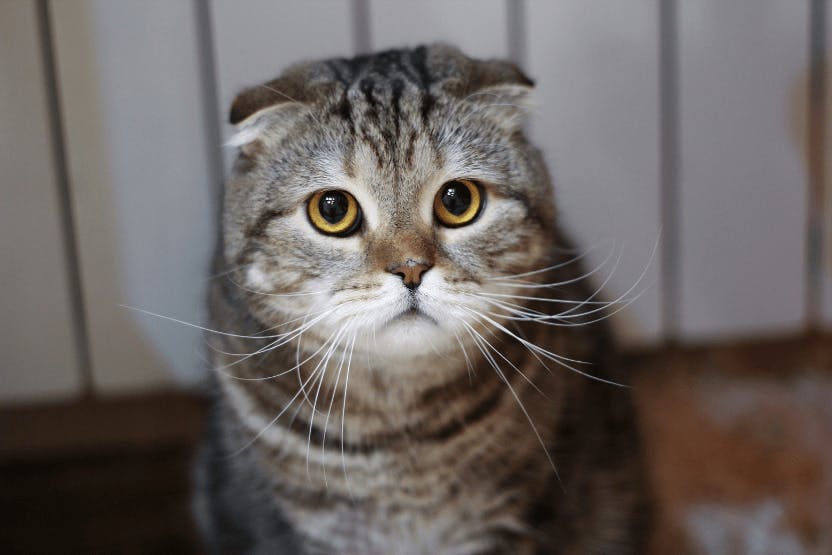 You've undoubtedly seen viral videos of cats freaking out at the sight of an innocuous cucumber. While these videos might be funny at first glance, cats are super sensitive and won't be thrilled about being surprised by this green menace. But why are cats scared of cucumbers? Let’s take a look.

As any cat parent knows, cats are hypersensitive creatures that get frightened by sudden movements or unexpected objects in their domain. Many videos of cats getting scared by cucumbers show them minding their own business while their human stealthily places the cucumber behind them.

The result is you'll activate your cat's "startle response". This is similar to when humans jump, but it’s far more severe for cats. In many instances, the cat is likely just scared by the unexpected cucumber as they turn around, which causes them to spring up and run away.

One common theory about why cats are scared of cucumber is that it's an instinctual response to potential threats. A cucumber’s long shape may remind cats of a snake, a natural predator that wild cats would be wary of.

The cat's instinctual response is to get away as quickly as possible so they don’t get attacked by their natural nemesis. It's also common for these videos to take place while a cat is eating or drinking. This causes additional stress, as they often see their food and water bowls as a safe space.

Don't try this at home

While watching your cat jump 5 feet in the air sounds funny, vets and animal behavioral psychologists agree that the stress and potential injuries caused by these pet pranks simply aren't worth it.

As your cat scrambles and jumps high in the air, they may break a bone, damage a muscle, or run into something during their escape. This sort of action may also damage your cat's trust in you and cause your little lion long-term stress and anxiety. We may not be entirely sure why cats are scared of cucumbers, but it's best to keep them away from your feline friend.