Hi, my name is Brooklynn! I’m a 23 year old college student studying dental hygiene. I work part time as a medical receptionist when I’m not in school. My best friend is my miniature schnauzer named Loki who I rescued 3 years ago. I am a huge animal lover and have always loved taking care of them. Although I just began walking for Wag, I have been pet sitting for neighbors, friends, and family since I was in high school. I look forward to meeting your pup soon!

Hello! My name is Pooja! I am a life-long dog lover and I would love to walk your furry friend. I have a dog of my own, Teddy, and I have grown up with dogs my whole life. I would love the opportunity to meet your pup and get him/her active and happy!

I have been taking care of animals and particularly dogs for as long as I can remember. If you look in my photo albums you'll find hundreds of photos of my dog friends (and kitties too!) I'm one of those people who when arriving to your home, I greet the dog first, the humans second. When I am walking your dog, you can be assured that he or she is in the best hands. I care deeply about every animal that is in my care and give each personalized care as if she or he were my own.

Hi, I'm Brigitte. I have been close to dogs and other pets since I got 2 years. I'm familiar with many breeds as Dalmatians, German Shepperd, Chihuahua, and half breeds. I'm a certificated veterinarian technician and know that every dogs are different in needs and likes. Also, will do whatever is required to keep them happy as possible.

Parent to two fur babies! I’ve had animals my whole life and understand how important they are to us. I want to form relationships with clients that ensures them their animal family is safe with me and I’m a trustworthy person to allow into your person space. I’m an extremely patient person and treat every animal as my own. I honestly do care

Hi! My name is Shannon Cartledge and I’ve been around dogs most of my life. I have two dogs now, June and Poncho. I really enjoy being outside and walking my dogs about once a day. I’ve gotten good at leading dogs away from danger and understanding when they seem scared/uncomfortable. I love all dogs and I’m never afraid of a challenge!

I am a lover of both the outdoors and animals alike. Congenial and well-mannered, but full of energetic enthusiasm; a female 'Andy Dwyre'. I believe dogs see the best in us, so their company brings out the best in us. I hope to always bring your fur-baby home happy and wagging.

Lifelong dog lover! I have spent my life around dogs of all sizes and personalities, and love them all. I enjoy meeting new dogs, and always have fun going on walks and spending time with them. I am patient and able to quickly assess a dog's demeanor. I currently have one German Shepherd whom I love dearly. I have recently moved here to Augusta, and I am looking forward to meeting all the wonderful doggies here!

Hi! I am Keshia, and I love all of my fur babies. I’m well experienced with walking any breed of dogs. I consider my friend’s dogs my friends as well. I started out walking and playing with a friend’s/ co-worker’s pit bull name Pearl. I checked up on Pearl once or twice out of the week and looked forward to it every week. I honestly felt the need to walk or sit other dogs more often once I started to walk Pearl. That need brought me here and to hopefully meet you and your dog soon!

“Phew sure is hot why sweat when you can call me.”

Hey parents,I am here to care and love your fur baby while you are away from walks to slumber party’s. Nice to have a complete peace of mind that your fur baby is in amazing hands. You welcome in advance.

As the official shelter of the municipality, Augusta Animal Services promotes the safety and well-being of all animals in the city and those who interact with them. They are the enforcement body and principal investigators in violations of city ordinances like animal cruelty or instances of unwarranted pet aggression. They work to trap and release feral animals desexed and distributed pet licenses to all pet owners while promoted responsible pet ownership throughout the entire city. You would think with all of this going on that they have little time to find forever homes, and yet, in recent years they have been adopting out over one thousand animals annually.

CSRA Humane Society serves to support Augusta Animals Services by providing a space for those animals needing a little bit of extra help. Running on minimal operation costs, this shelter tries to invest every dime of volunteer time and capital back into the animals it serves. Operating on the generosity of the community and its local partnerships, CSRA has on average at least fifty animals up for adoption.

One of the smaller nonprofit rescues in Augusta, Save the Animals Rescue Society is a no-kill shelter that strives to accept any and all animals that walk through its doors. Because of this robust goal, they rely heavily on their foster network to take on those animals needing more TLC from the local shelters. STARS hopes to drastically reduce the number of euthanasias in Augusta, and act as public advocates for more stringent consequences for animals cruelty. STARS also brings their most lovable pets to local nursing homes to brighten the residents’ days with a little puppy love. Though they may be small, this rescue seeks to have huge impact! 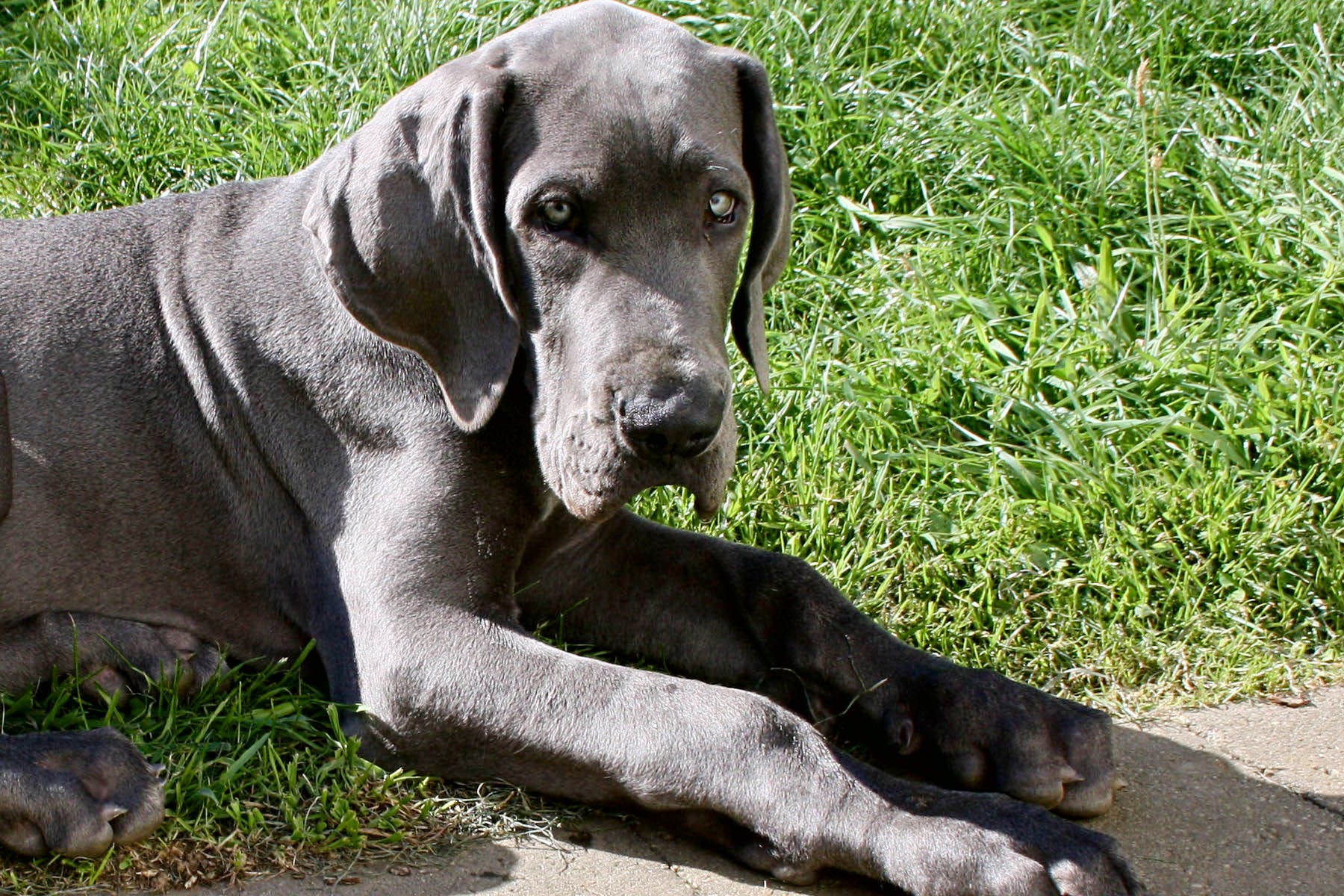 If you’re looking to take a break from the city life without having to travel far and wide to get it, check out Phinizy Swamp Nature Park. One of the many grand swamp systems of the American South, this park has an abundance of wildlife like river otters and hawks to spot and observe on one their several trails. Home to Swamp Treks and Yoga in the Park, four-legged friends are welcome to enjoy both the scenery and amenities that this park has to offer! 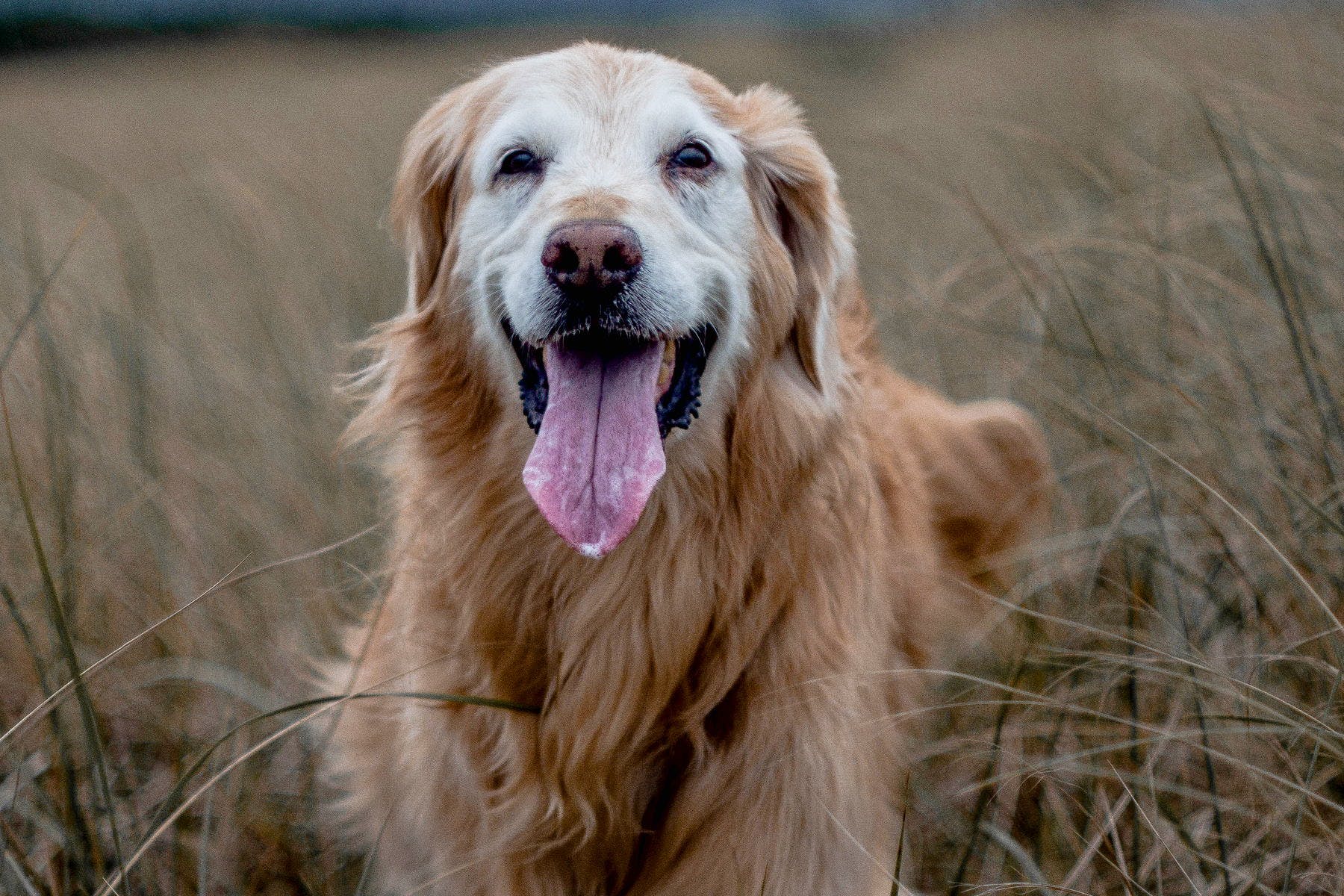 What better way to drink in the beaming sunshine on a hot, humid day than on a boat tour along the Savannah River? Patriot Boat Tours offer tours to humans and pooches along with the help of their own company dog at the helm as first mate. Guests will take in a number of sights like the whitewater rapids, the marina, and Augusta’s gorgeous shoreside homes. Tickets range from $15 to $20 depending on whether guests would like to cruise during sunset or not in addition to choosing how long their tour is. 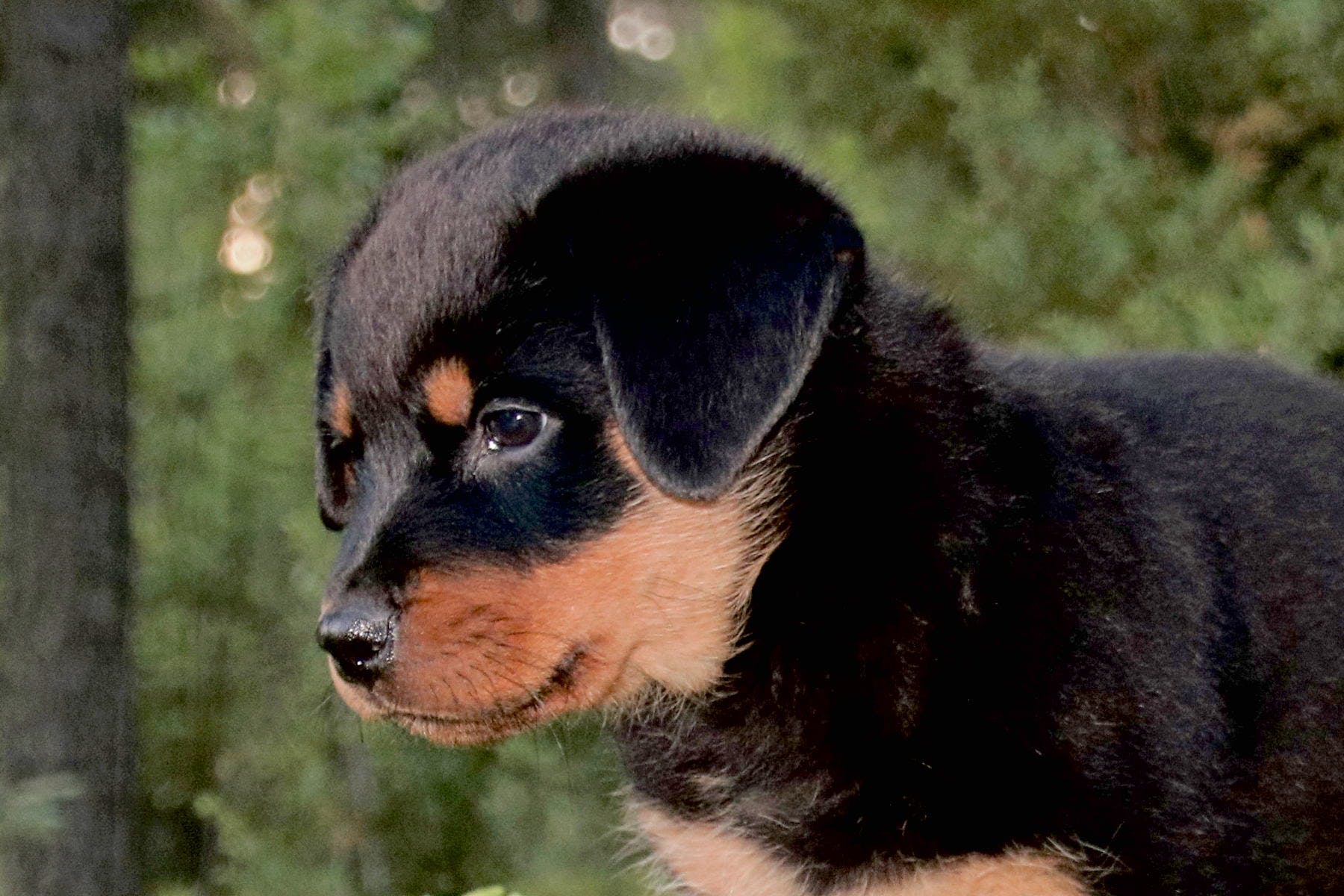 Anyone who lives in Augusta will know how beloved the Augusta Canal is. Each November at the Mill Village Trailhead, CanalFest puts on a spectacular display of all things outdoor that you can enjoy with your pooch by your side! There are tons of activities to participate in like kayaking, fly-fishing, trolley tours, and huge, bouncy inflatables for the kids. When you are not checking out any of the live demos put on by one of over twenty organizations, there are several food and beverage vendors to keep fed and happy. Admission is free; however, there is a VIP package available for $45 that grants access to exclusive pavilions along with free food, beer, and activities.

Day of the Dog Jog 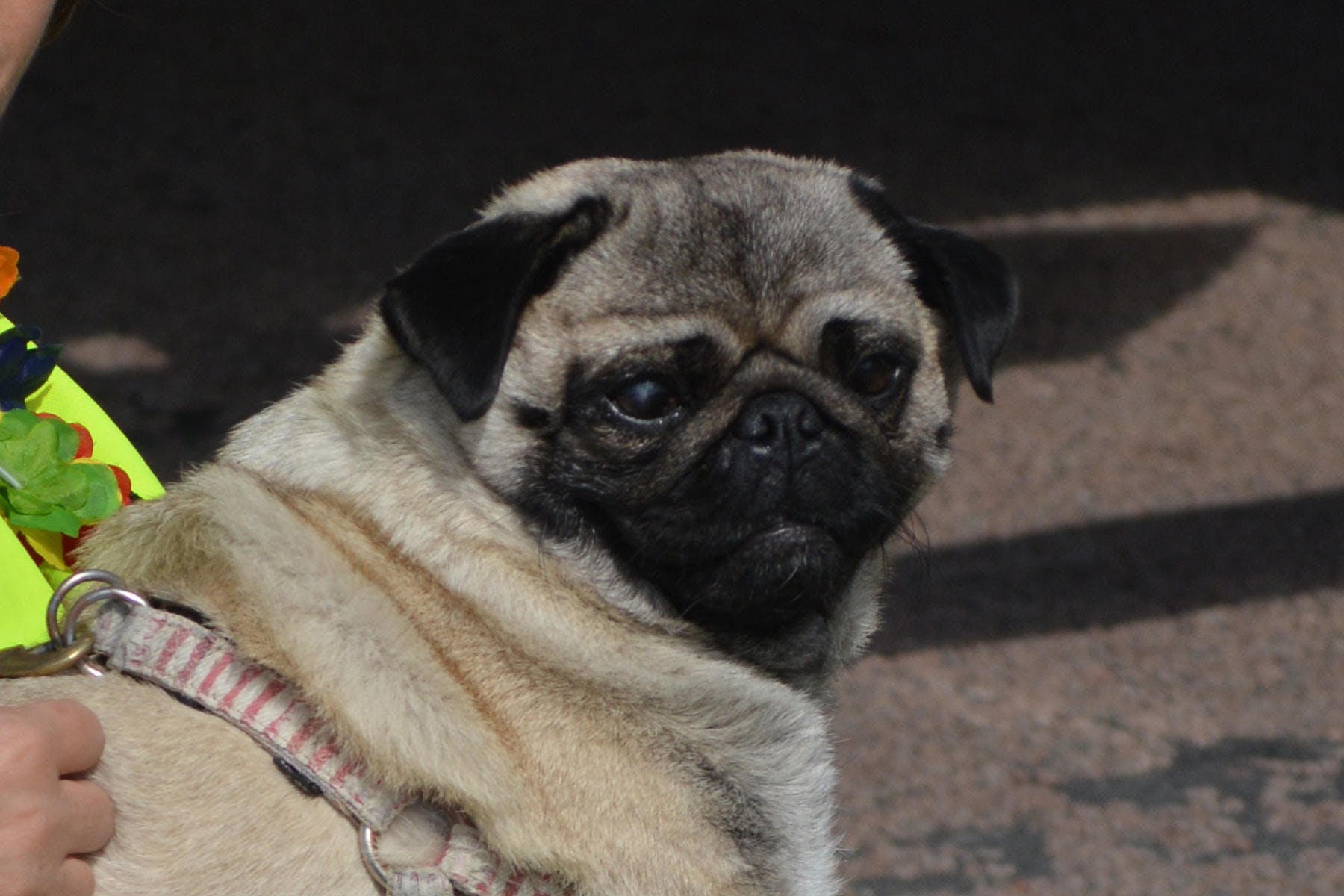 Day of the Dog Jog

Get ready to sweat out all of those regrettable choices in this end of summer race! The Day of the Dog Run or Jog comes in both 5K and 10K routes. Run along with your furry friend starting anywhere you would like. Because this is a virtual race, you report your times at any time in August in order to see how you placed. A percentage of proceeds from the registration go towards Freedom Service Dogs for America, and racers with both two legs and four should receive their participation medal in July. 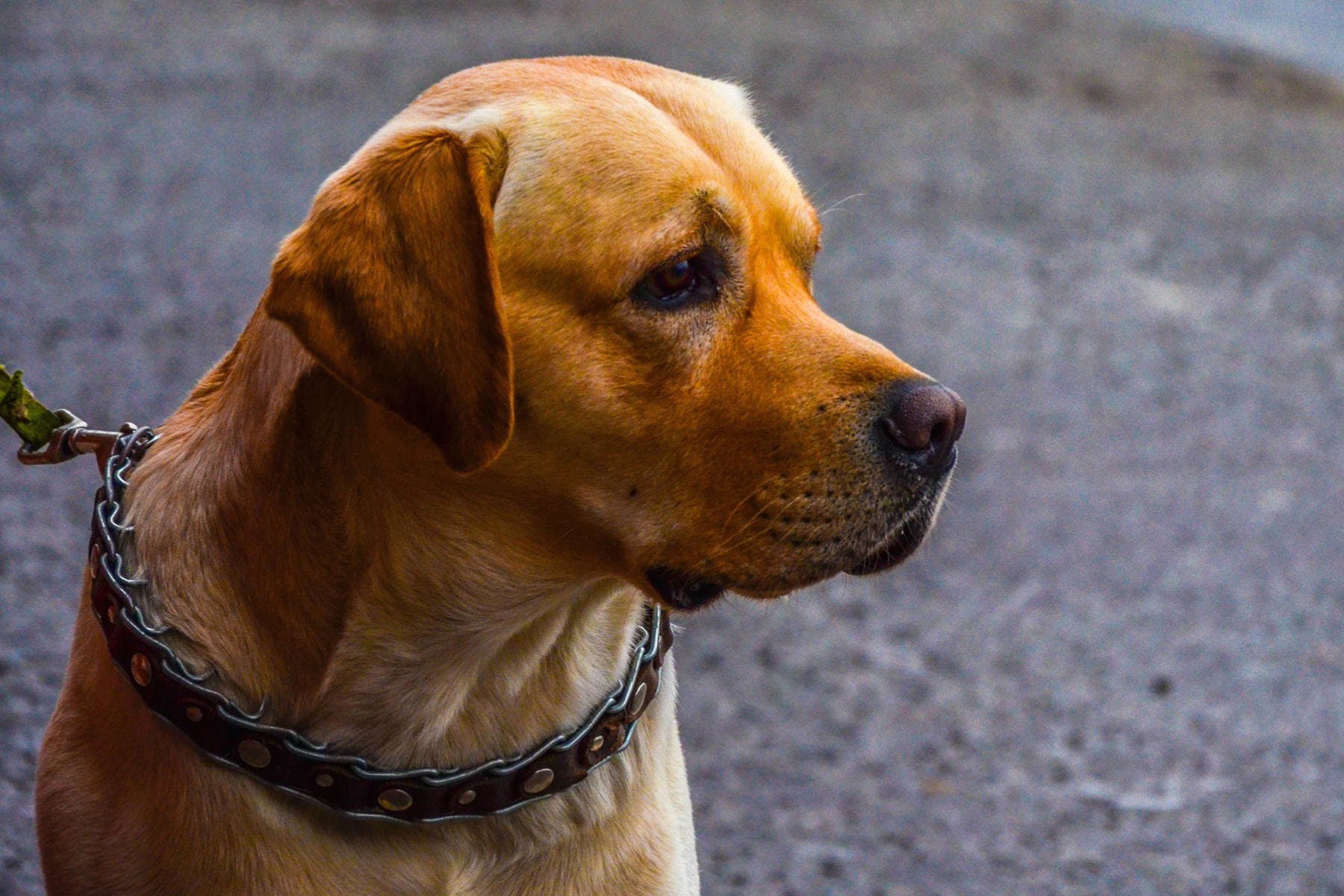 OPA! An Augusta favorite returns each fall to bring Georgia a sundry of delicious Greek food and music. Hosted by Holy Trinity Greek Orthodox Church, Greek Festival welcomes dogs on-leash to come enjoy an entire weekend of gryos, baklava, and a bazaar of handicraft vendors. Admission is free for all, but bring cash to splurge on a Greek feast just like Nona back in Athens would make. Greek Festival runs from Thursday evening all the way through Sunday.