“Live Every Day to the Fullest!”

“Always Prepared for Anything!”

I grew up in Grand Prairie, was former military, and had been working in an Austin foodtruck. Now, I'm working on a mobile chess and coffee club! I have a yorkie named Charlie, and a chihuahua/yorkie named Brownie. I endeavor to be a true professional as a dog walker. I believe in attention to detail, extreme ownership, safety as the number one priority, earning trust, and learning everything there is to know about how to be a really great dog walker.

My name is Ana. I have had dogs all my life and love them. I believe in treating your dog with care and respect . I am also a very enthusiastic person . I am reliable and take very seriously the safety and well-being of your dog . I have been working for Wag over 3 years and it is my passion . Ask for me for your next walk I know you will be very happy and your dog too .

Hey, My name is Pedro and I love animals. I used to volunteer at my local animal shelter where I would clean dog kennels, walk dogs, and get these dogs readjusted to society. I am also a proud dog owner of three dogs, two of them are Jack terriers and the other one is a Yorkie. I've had dogs all my life in fact my Yorkie was my second dog, he's an old one, almost 14 years old.

Like everything else in Texas, Dallas is big. Not only does it boast a population of more than 1.3 million people, but over 600,000 dogs and cats also call Dallas home. With so many furry friends running around, it’s no surprise that Dallas also features a tight-knit community of dog lovers, and there are several animal rescue groups and shelters working tirelessly to ensure that every one of the city’s pooches can find its forever home.

With a mission to find a loving and responsible home for every dog (and cat) in Dallas, Operation Kindness is the group that all of Dallas’s other rescue organizations and shelters call on when they run out of space or they have animals in need of veterinary care. In 2016 alone, it oversaw 4,566 adoptions, gave essential care to 4,887 animals, and served more than 290,000 meals to pets in need.

Dallas Pets Alive! is another rescue group with an important mission: helping canines who are at risk of euthanasia at Dallas Animal Services. With dedicated foster families spread throughout North Texas, this largely volunteer-run organization rescues at-risk dogs that have already been passed over by other shelters and adoption programs. By taking a proactive approach, it gives pets with no other options a second chance at life.

The paw-some folks at Dallas DogRRR also watch over the dogs of Dallas. Those three Rs stand for Rescue, Rehab, and Reform, and that’s exactly what Dallas DogRRR aims to do for the city’s unwanted pets. Its network of hardworking animal lovers rescues abandoned dogs off the streets and from high-kill shelters, then gives them the veterinary care, training, and TLC they so desperately need. Each dog is cared for in a loving foster home before being matched with a new family.

Dallas is home to several other animal rescue groups and no-kill shelters, ensuring that help is always available for pets in need. 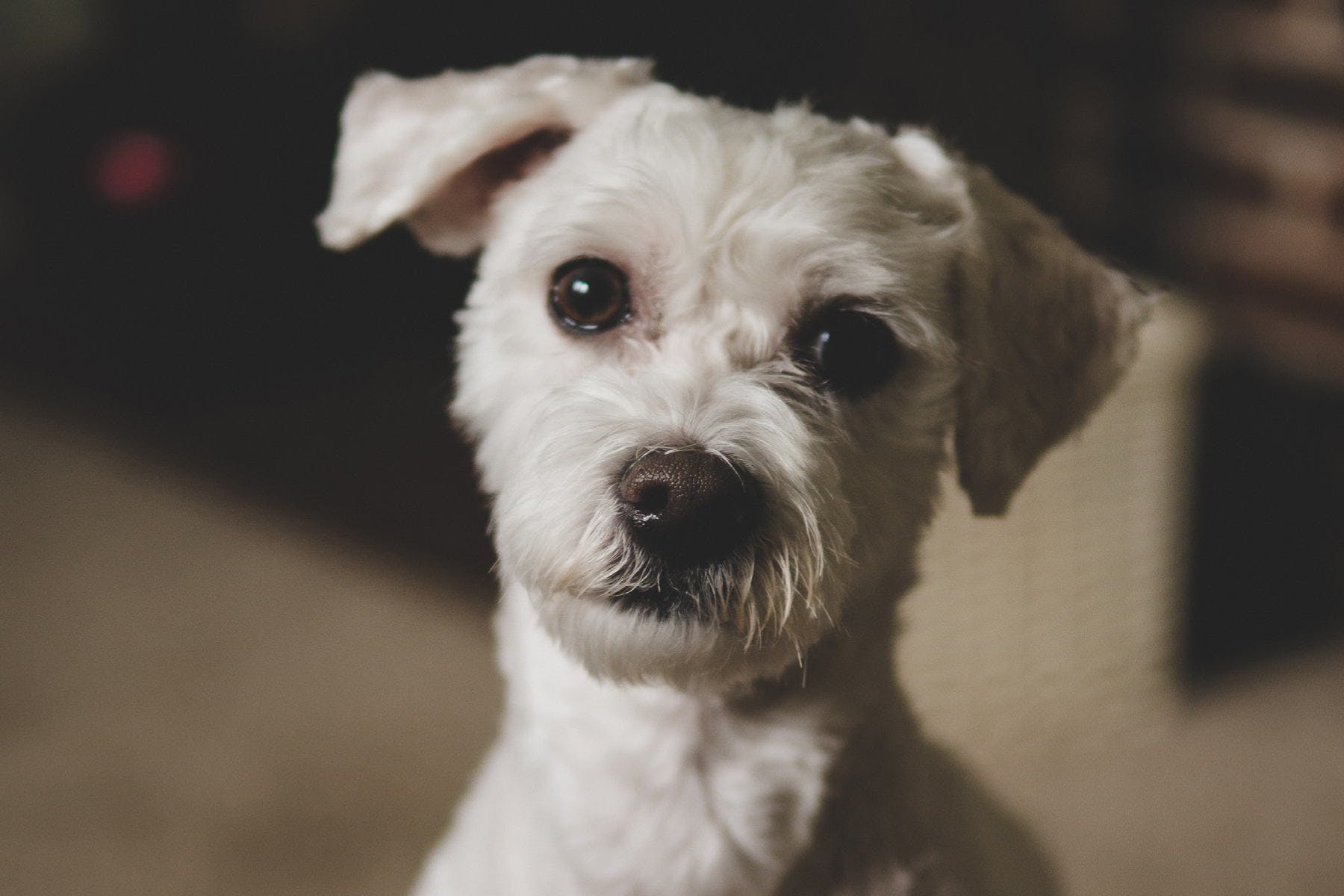 That’s the basic premise of Pug-O-Ween, the annual fundraiser for DFW Pug Rescue. Held at the Grapevine Convention Center in the lead-up to Halloween each year, this fun family event sees hundreds of Pugs parade around in their scariest, most hair-raising costumes. Throw in a silent auction, bake sale, costume competitions and food vendors, and it quickly becomes clear that the Pug life has its perks!

Best of all, this Pug-tacular fun is for a very worthy cause, with all proceeds used to help prepare Pugs for adoption. Add this Fido-friendly fundraiser to your calendar and make your next Howl-o-ween one to remember.

Dog Bowl at the Cotton Bowl 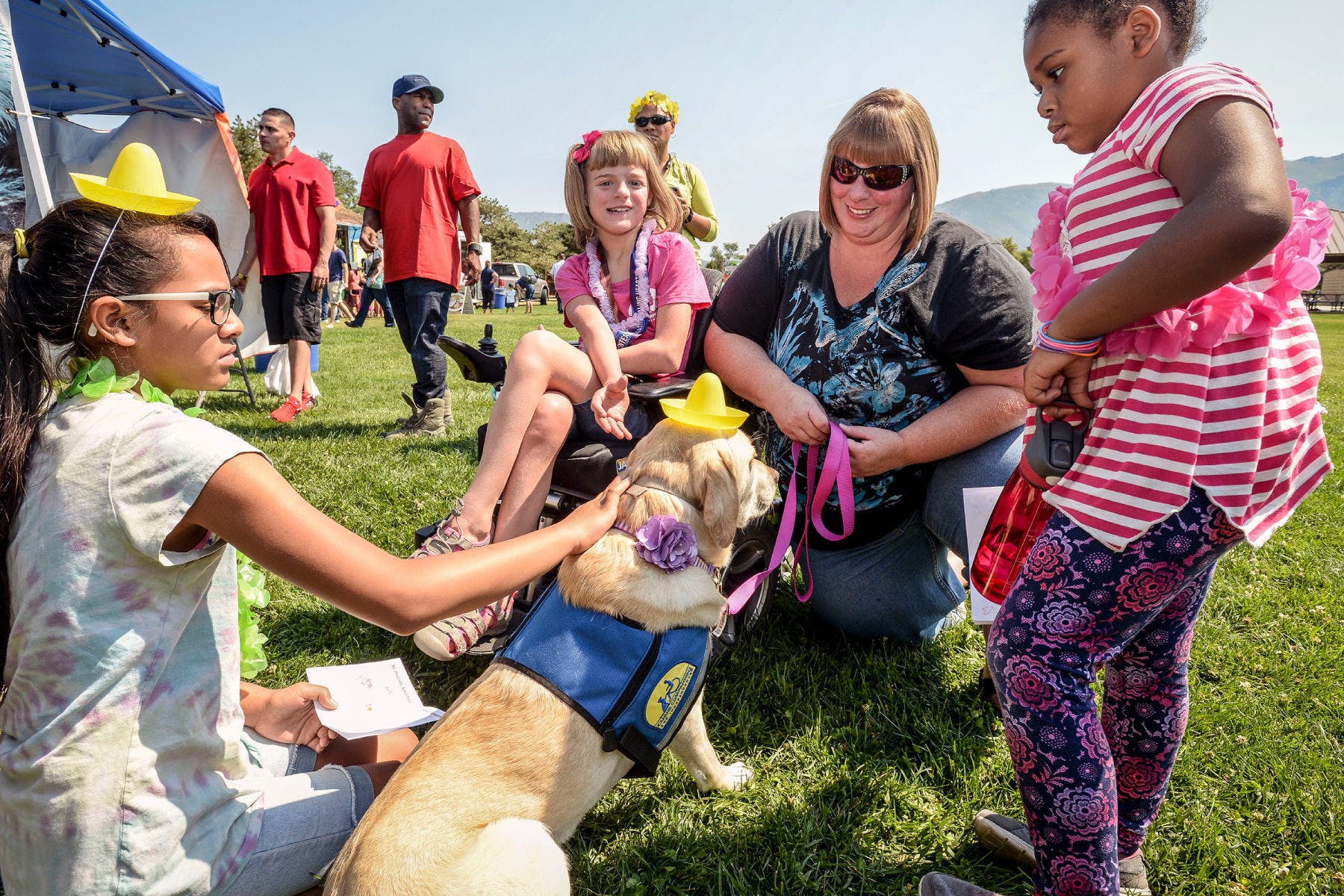 Dog Bowl at the Cotton Bowl

If your four-legged friend loves visiting his local dog park, he’ll go barking mad for this super-sized doggy day out. For one special day in April or May each year, the dogs of Dallas get the opportunity to run, jump, sniff, roll, and explore on the hallowed turf of Fair Park’s Cotton Bowl Stadium.

For those few hours, the legendary former home of the Dallas Cowboys becomes a huge off-leash park, giving dogs (and their owners) the perfect opportunity to have some fur-tastic fun and make new friends. 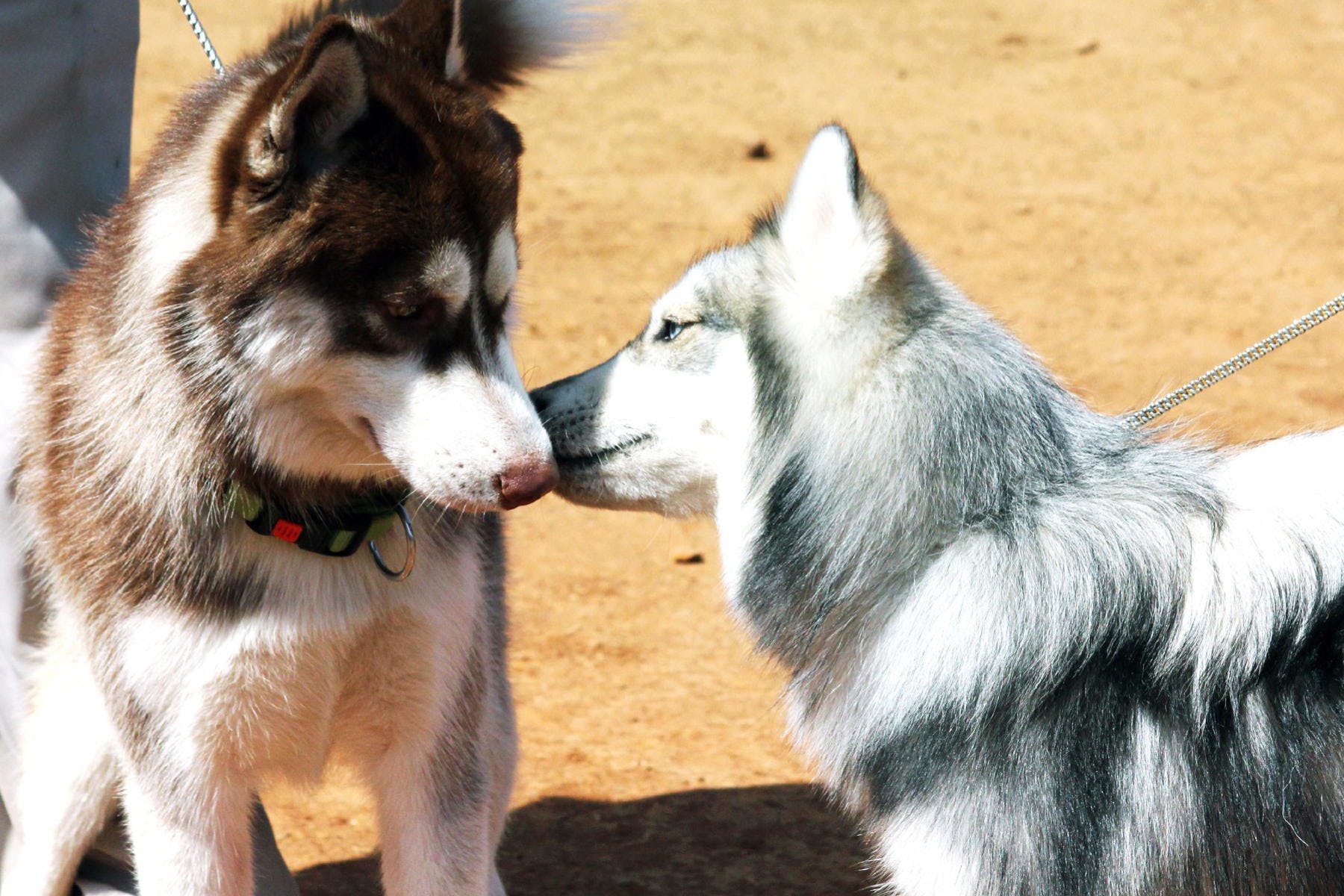 Why should our canine companions miss out on all the fun of an Easter parade? They shouldn’t, which is why the colorful and entertaining Pooch Parade is always the highlight of Easter festivities in Lee Park.

This egg-citing event gives Dallas dog lovers the chance to dress their dogs in an array of creative, eye-catching, and downright adorable outfits, and then parade them around for all to see.

With live music, Easter egg hunts, and some of the prettiest pooches you’re ever likely to see, the parade is the perfect paw-liday event for any animal lover. 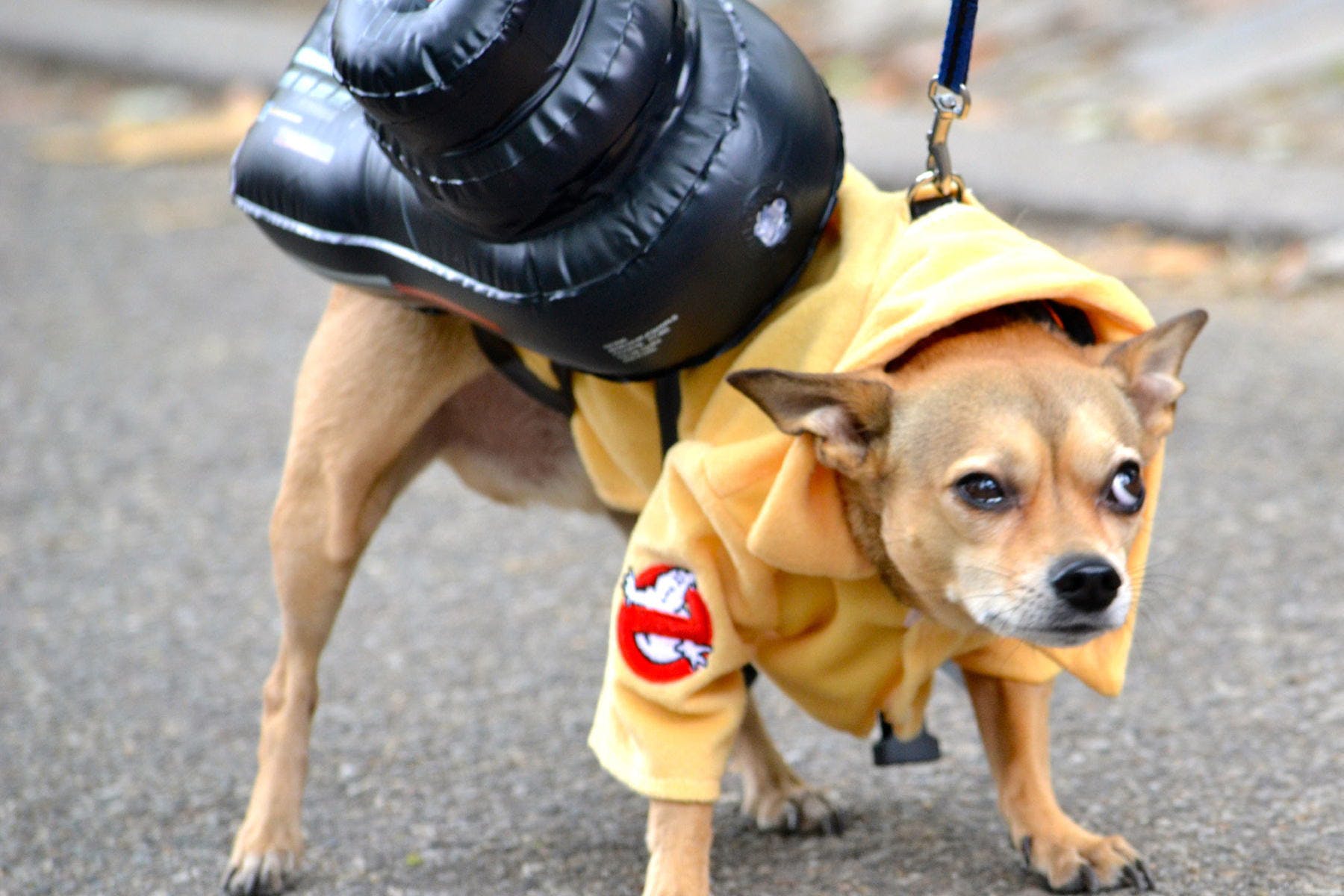 If you want to show off your pet and raise money for a good cause at the same time, Strut Your Mutt! Run to benefit the SPCA of Texas is the event for you! This 3k fun run/walk and 5k timed run has one very paw-sitive purpose: ending animal cruelty.

Held in May each year, Strut Your Mutt kicks off at the base of the Margaret Hunt-Hill Bridge. Dog owners and their furry friends are invited to come along, meet some new friends, raise much-needed funds and, most importantly, strut their stuff. 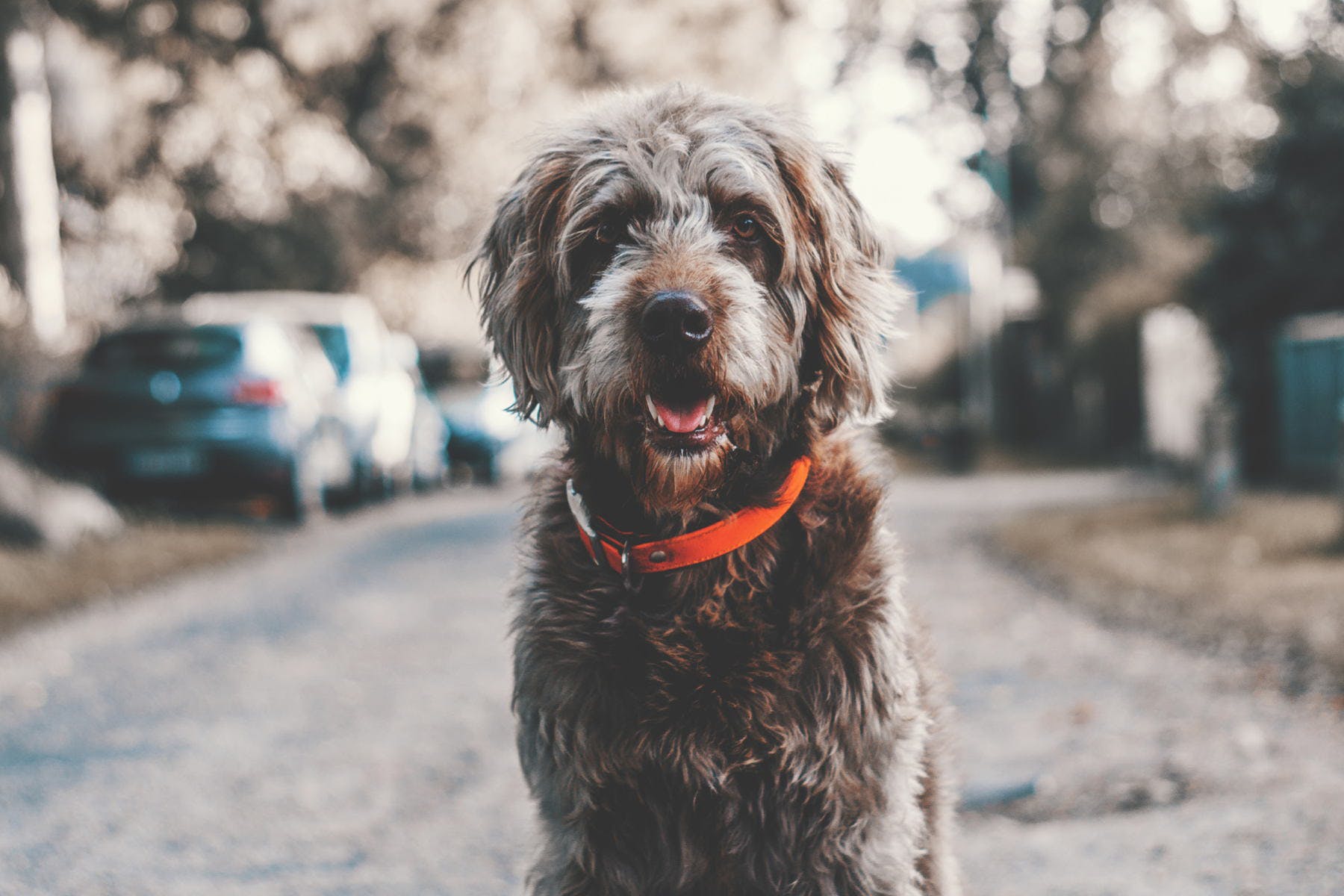 Hot dog! If you’re looking for a fashion show with a difference, this is the event for you.

The Wiener Dog Fashion Show is a relatively new addition to Steinfest, the Historic Downtown Plano Association’s annual Oktoberfest-style celebration. Held in Haggard Park, the show sees the pampered pooches of Dallas take to the dog-walk to show off their creative and cute costumes.

There are prizes and treats on offer for dogs and their owners, not to mention the chance to get snapped by the puparazzi. And despite the name of the show, entry is not just for wiener dogs but is open to all breeds.