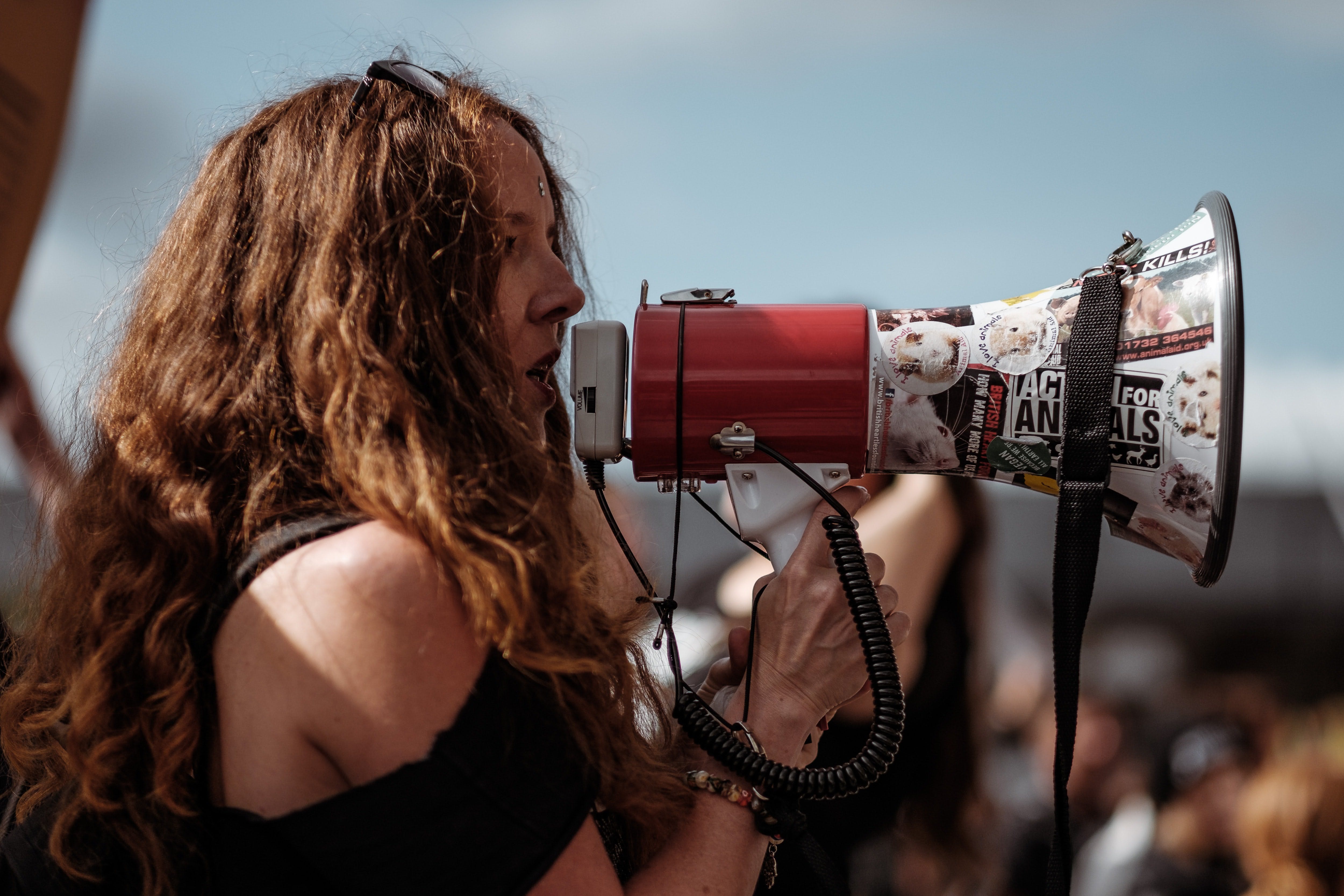 Increasingly, pet parents are working to care more for the world around them by getting involved in animal rights activism. Any pet parent knows how loving and intelligent their fur-baby is and will want to help other animals live their lives to their fullest.

In 1977, Jane Goodall founded the Jane Goodall Institute, which aims to protect chimpanzees and other primates from hunting and illegal trade while also helping educate people about conservation efforts.

She also founded Roots & Shoots in 1991, an organization that operates in over 100 countries, providing resources to schools to teach students conservation, environmentalism, sustainable farming, and more.

Ever since the late 1950s, when Jane Goodall first visited Africa, she's been fighting for the rights of great apes and better protections for animals.

Animal rights activist Alex Hershaft is the founder of the Farm Animal Rights Movement (FARM), based in Maryland. Founded in 1976, FARM is the oldest non-profit organization in the US dedicated to promoting veganism and animal rights. For several years, it was the only organization of its kind in the US.

Two of FARM's main aims are to help free all animals from imprisonment and exploitation and to stop the slaughtering and breeding of as many animals as possible. Alex Hershaft became a vegetarian in 1961 and a vegan in 1981. The original aim of FARM (then known as the Vegetarian Information Service) was to spread information on the benefits of a meat-free diet.

Today, FARM organizes rallies and campaigns across the US to reduce the number of animals in captivity. FARM has run 14 programs in its history, including prominent movements and events like the Great American Meatout and World Day for Farmed Animals.

Alex Hershaft has helped save thousands of animals from slaughter and has helped turn many people on to veganism, making him one of America's most influential animal rights activists.

Throughout the 19th century, Henry Bergh was a champion of animal rights. He was the founder of the American Society for the Prevention of Cruelty to Animals (ASPCA) in 1866, just days after legislation against animal cruelty was passed in New York.

While in Europe, Bergh witnessed several incidences of animal cruelty, which helped set him on his mission. He also met with the founder of England's Royal Society for the Prevention of Cruelty to Animals (RSPCA), the Earl of Harrowby, who helped instill the ideals of preventing animal cruelty.

When setting up the ASPCA, Bergh wasn't paid — he and his wife provided the initial funding. Luckily, they received help from a French businessman who donated $100,000 to the cause, allowing them to set up ASPCA facilities across the country.

While in charge of the ASPCA, Henry Bergh helped change laws and perceptions on cockfighting, dog fights, and slaughter practices. He's also accredited with helping introduce clay pigeons in trap shooting. Bergh's eulogy stated that he was a "...friend to every friendless beast."

Ingrid Newkirk is one of the most famous modern-day animal rights activists, having founded the People for the Ethical Treatment of Animals (PETA), where she also serves as president. PETA is the world's largest animal rights organization, with over 6 million supporters.

Born in England, Newkirk came to prominence in 1981, along with fellow PETA founder Alex Pacheco for their involvement in the Silver Springs monkeys case. The activists photographed the conditions that 17 crab-eating macaques were subjected to during scientific experiments and distributed the photos to the press.

Pacheco and Newkirk's activism led to the first police raid on a scientific research facility and an amendment to the Animal Welfare Act. Since gaining nationwide attention, Newkirk has gone on to lead protests against the meat industry and scientific research on animals, often performing media stunts to gain widespread attention.

While PETA has faced criticism from fellow activists at times for its methods and perceived hypocrisy, there's no denying Ingrid Newkirk and co. have had a lasting effect on animal rights activism.

Perhaps best known for being the wife of The Beatles' Paul McCartney and a member of the band Wings, Linda McCartney also played an essential role in animal activism during her lifetime.

Linda McCartney was a prominent member of PETA and wrote several cookbooks promoting a meat-free diet, including Simple and Inspiring Recipes for Meatless Meals and Linda's Kitchen.

She also launched Linda McCartney Foods, which sells meat-free alternatives to burgers, sausages, and more. The brand still prominently features in stores around the world. McCartney also once famously said, "...if slaughterhouses had glass walls, the whole world would be vegetarian."

Sadly, Linda McCartney passed away in 1998 of breast cancer. Her legacy still lives on through her activism, her food brand, and her family. Her daughter, Stella McCartney, is a well-known fashion designer and animal rights activist, while Linda's other daughter, Mary, is a Global Ambassador for Meat Free Monday and Green Monday.