9 Things You Need To Know About Pudelpointers 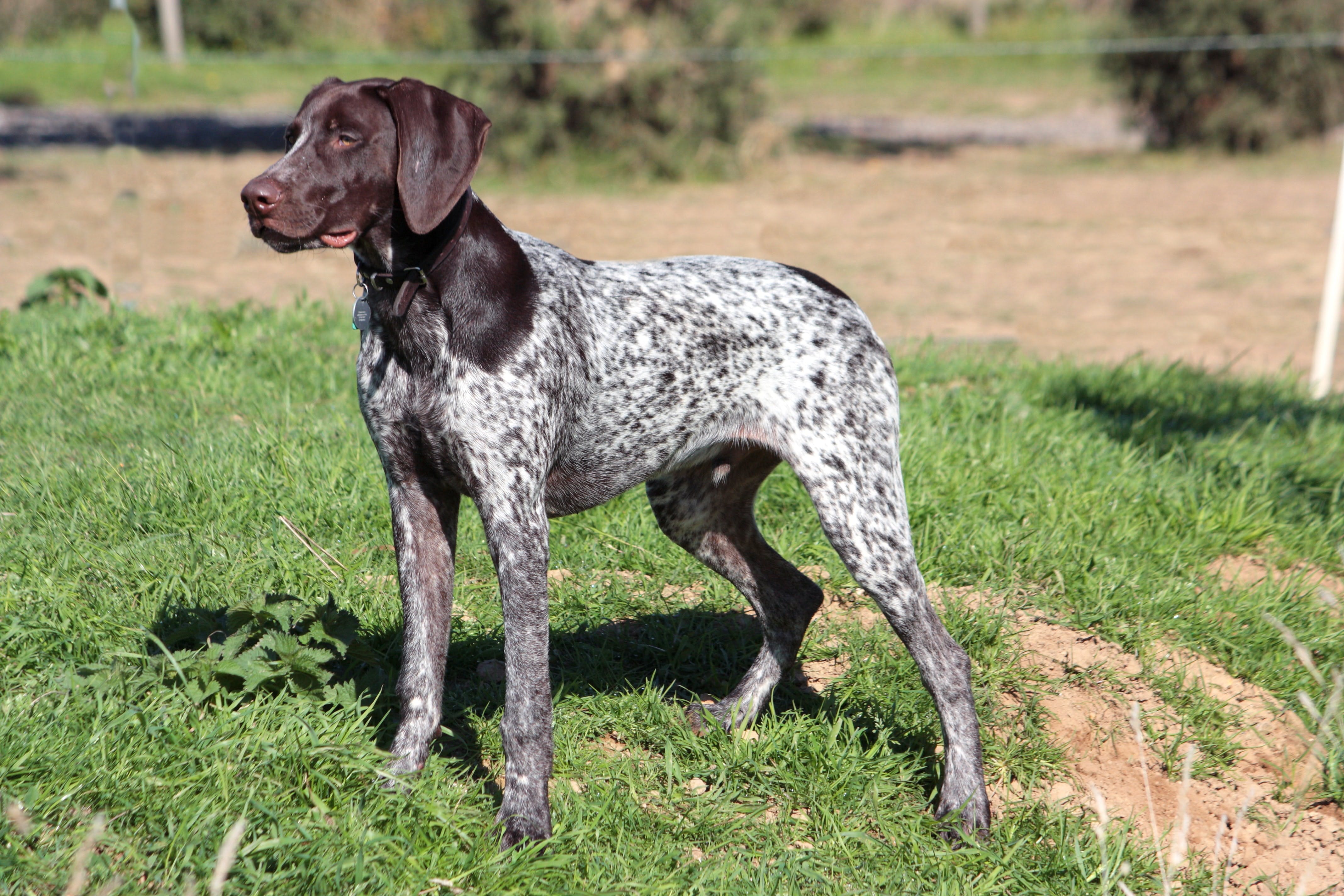 One of the most revered hunting dogs out there, the Pudelpointer, will let you know they are ready for anything. Their eager personality, “on-your-mark” stance, and athletic build make them the perfect hunting companion.

If you are not a hunter but love to trek trails and spend hours in the great outdoors, this canine can still be the ideal choice for you. They’ve got a ton of talent and terrific trainability. Read on for 9 things you’ve got to know about Pudelpointers!

#1. The Pudelpointer has a noble lineage

What could be more classy than crossing a Poodle with a Pointer? The development was undertaken in 1881 by a German breeder who carefully worked to produce the Pudelpointer. An English Pointer named Tell was the first sire, and the first dam was a German Hunting Poodle (also called the Pudel) named Molly.

#3. The Pudelpointer is assigned to the Sporting Group

All dogs registered with the American Kennel Club are assigned to groups, such as the Herding Group and the Working Group. The Pudelpointer is a proud member of the Sporting Group and has the athleticism to prove it. Other dogs in this category are the Alaskan Malamute, Doberman Pinscher, Great Pyrenees, and Rottweiler.

If you choose a Pudelpointer as your four-legged companion, you’ll see they have a flat coat of medium length. This stately pooch comes in two breed standard colors, which are black and liver. There may be variations of these shades, such as light brown or fawn. Their coats are dense and the color of their nose will match the coat perfectly!

#5. The Pudelpointer has a beard

Every Pudelpointer will sport a distinctive beard. While not as long and thick as the lavish facial hair of the Bearded Collie, for example, the Pudelpointer does have enough of a beard that you may need to give your pooch a gentle face wipe after a meal.

#6. The Pudelpointer can point

How does the Pudelpointer “point”? They lift their paw while freezing the body in a rigid stance. Aiming the nose in a certain direction indicates the direction of something interesting. If your dog hunts, your pup may be pointing out prey. A dog with a love of games may be saying, “my ball is over there”!

The lineage of the Pudelpointer gives them the instinctive ability to retrieve. The fun thing is, this focused pooch will retrieve on land or in the water. In fact, they are equally at ease in either environment. Whether your tail-wagger is going after a tennis ball or downed prey, they’ll keep going until they find the prize.

#8. The Pudelpointer is a fan of food

Despite the high-energy characteristic of the Pudelpointer, they will gain weight if allowed to overeat. Advice from the vet is always recommended to keep a dog in tip-top shape. Excellent quality food is also essential.

Pudelpointers need exercise. They require a lot of social interaction and activity. Always on the lookout for prey, the Pudelpointer may take off in the direction of any little critter passing by. They are intelligent and highly trainable, so obedience training is a task this energetic dog thrives on. Mental stimulation and physical exertion are key to a happy dog.

Is the Pudelpointer right for you?