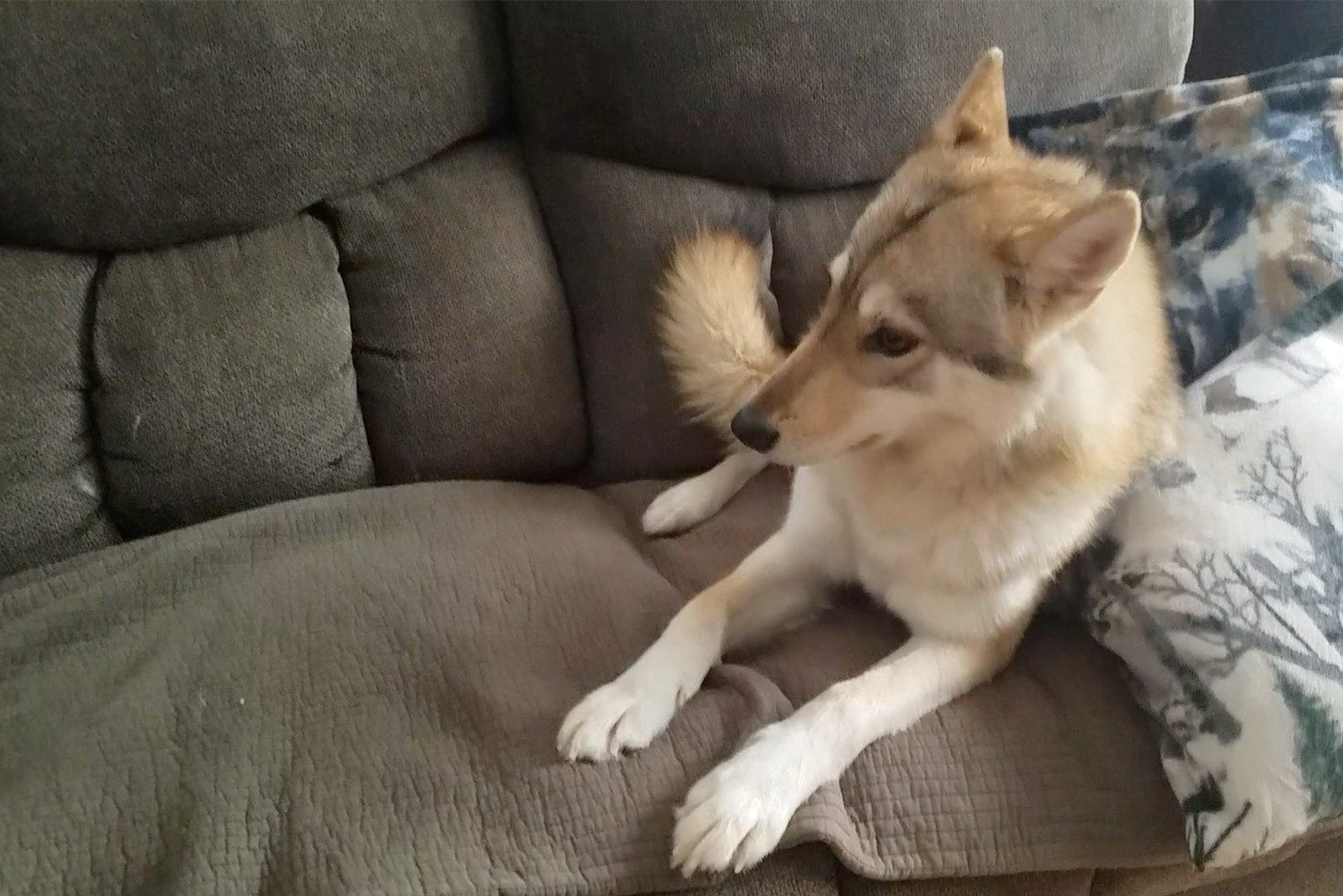 When you book a 30-minute walk through Wag!, we donate a portion of the proceeds to GreaterGood.org’s Rescue Bank to help feed shelter dogs — like Athena.

Athena's story has a good ending, but it didn’t start off well. She was discovered by a Michigan animal control agency when she was a year old, living outdoors, on a chain, with no dog house.

Not a wolf dog

Animal control employees thought Athena was a wolf dog — part wolf and part dog — and reached out to Pearson’s Howling Timbers Animal Sanctuary, outside Muskegon, which specializes in wolf dogs. Pearson’s determined Athena wasn't a wolf dog. But because she was timid and uncomfortable around almost everyone, the agency that found her was going to euthanize her.

Pearson’s didn’t let that happen. The folks there decided Athena needed a chance to know love, so they took her in.

A mutual kind of love

Within hours of arriving, Pearson’s discovered Athena was full of love herself. She enjoyed prancing around with a toy in her mouth and got along well with the other rescues. They say she's the best dog ever. In fact, despite living outside her entire life, she’s now even housebroken.

“Wolf dogs and lookalikes aren’t adoptable in Michigan, so we don't generate funds through adoptions,” said Jim Pearson. “Without the food assistance from GreaterGood.org’s Rescue Bank, we couldn't take in more animals because they're here for life.”

Through our partnership with GreaterGood.org's Rescue Bank, your walks with Wag! have now provided more than 8 million meals and counting to shelter dogs in the United States.

All of the wolf dogs housed at Howling Timbers are fortunate to have landed there — living in outdoor enclosures with a partner. Athena is extra lucky. She lives with two wolf dogs alongside a domesticated dog, Lexi, in the Pearson's home — a far cry from where she started, outside and on a chain.