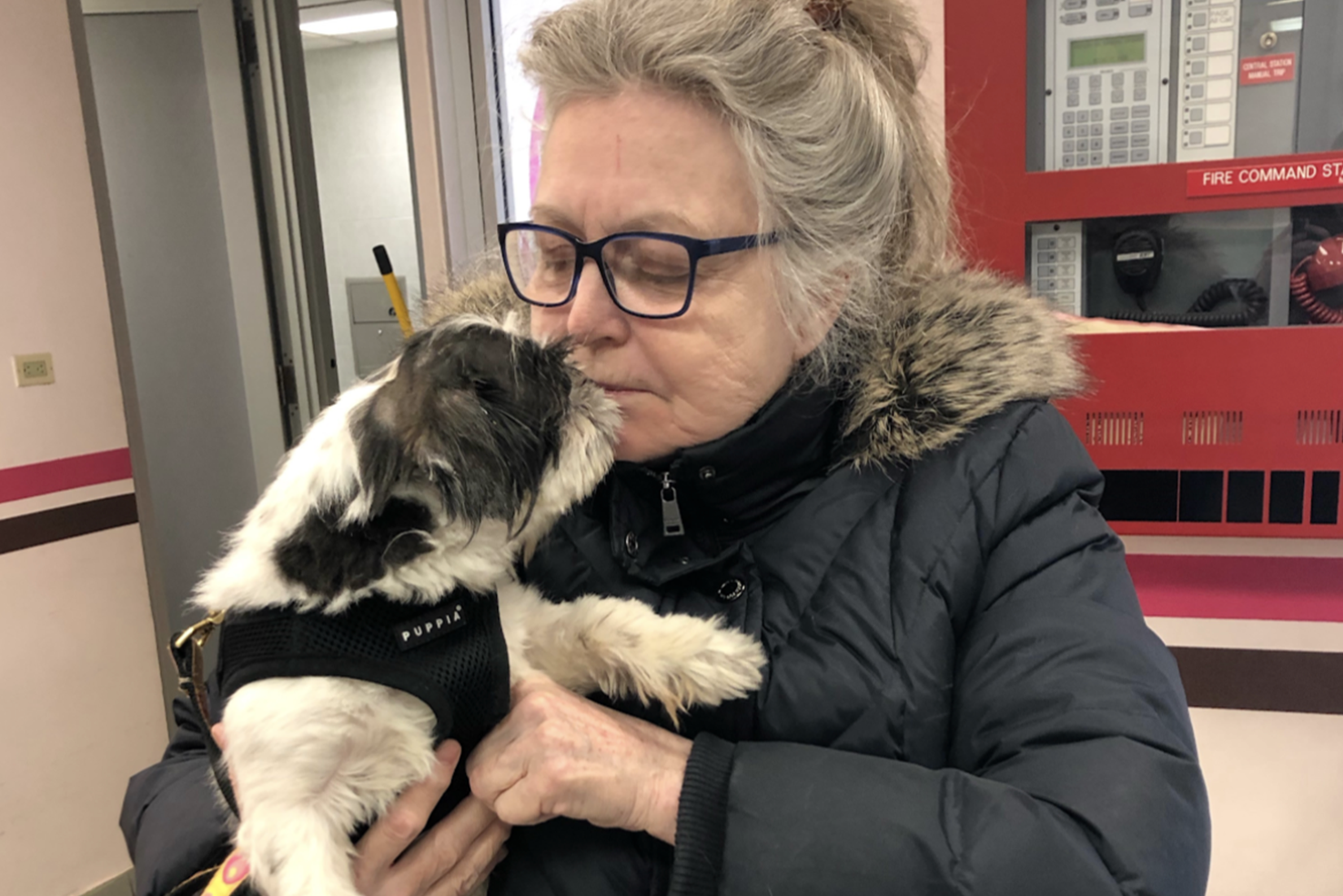 It was a Wednesday in February when word went out that eight-year-old Badu had been abandoned at Brooklyn’s city dog shelter. The dog was in terrible shape and faced possible euthanasia unless someone stepped in to provide the care he so desperately needed.

That’s where Bideawee came in. We regularly receive emails like the one about Badu, and through our Second Start Program, we’ve rescued thousands of dogs in situations similar to his. in this case, we were able to step in.

The Brooklyn shelter told us that Badu’s pet parents had dropped him off because his care had become too costly. Judging from the looks of him, he hadn’t been receiving much care at all. We knew he deserved a second chance and agreed to take him.

Badu arrived at Bideawee the next day and our medical team quickly went to work. They found many health issues, from infected wounds to dental disease to a possible flea infestation.

Despite his condition, Badu was a sweet and gentle soul. When approached, he would gently press his nose to your hand and lean down for gentle petting.

It took a few weeks and lots of loving care, but Badu’s health gradually improved. He was soon ready for adoption. In fact, he went to his forever home the last week of March, about a month after we first received word about him.

This past fall, Wag! gave Bideawee one of the company’s first community-impact grants in the amount of $5,000. It’s donations like these that enable us to give dogs like Badu a second chance.

As one of America’s first no-kill animal rescues, we work every day to rescue animals from high-risk shelters, deliver them the care that they need, and find them forever homes. We’re grateful for everyone — from donors to volunteers to our staff — that makes these efforts possible.