Cat Tail Language: What It Is, Why It Happens, & Signs 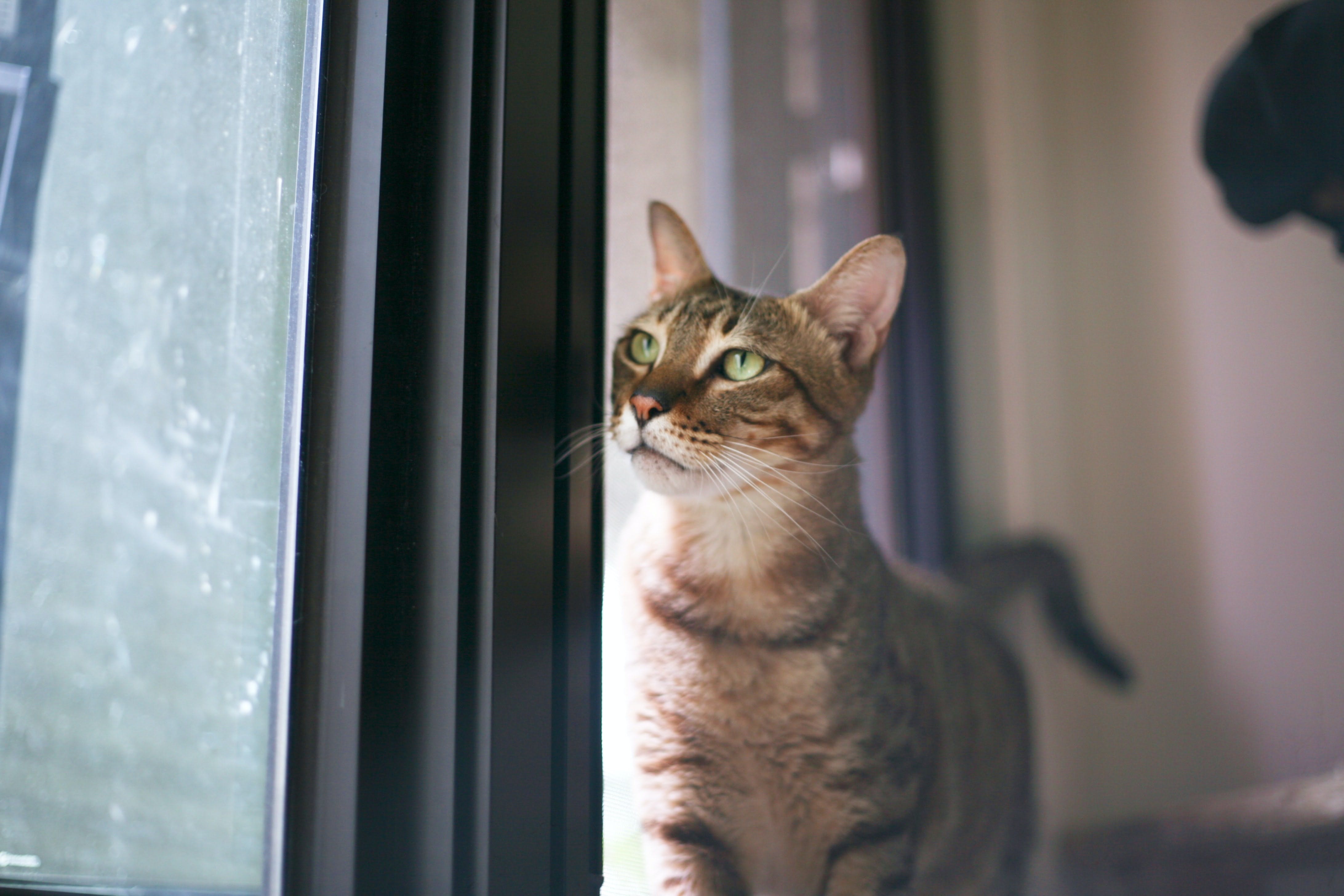 Do you wonder what your kitty is thinking? Like dogs, cats use their tail to express all sorts of emotions, but figuring out what your cat is trying to say can be difficult. While we won't ever know exactly what goes through Fluffy's mind, with cat tail language, we can get a good idea.

We'll teach you how to decode your cat's tail language and how to use it to your advantage! With these tips and some context clues, you'll be reading your feline's mind in no time.

What is cat tail language and why do cats use it?

Cat tail language is just what it sounds like — cats using tail positions and movement patterns to express their feelings. Cat tail language is one of a few ways cats can communicate. Other means of feline communication include vocalization, scent-marking, facial expressions, and spraying.

It's believed cat tail language is an evolutionary communication method cats learned to stay under the radar. Unlike vocalizations, which could alert a predator and potentially put them in danger, tail language is silent. Cats use tail language to communicate with people and animals about how they feel — good, bad, or indifferent. Tail language even serves as a warning, telling others to back off or face the consequences.

Unfortunately, cat tail language isn't as easily understood as vocalizations like purring, hissing, and growling. Even some scent-marking behaviors (like a cat rubbing their head on your leg) are more easily interpreted. Some tail positions have multiple meanings, which makes tail language even more challenging to decipher. For example, tail "wagging" can be a sign of playfulness or aggression.

When do cats use tail language?

There are a plethora of reasons cats use tail language. Here are some of the most common:

Here are the most common tail positions seen in cats.

Cats use typically use the upward tail position as a greeting — it's their way of saying, "Hello, I'm happy you're here." The tail may be somewhat relaxed at the end, curving and swaying. It's not uncommon for cats in this position to wrap their tails around others as a way to "mark" and greet them at the same time. There are a few variations to this tail position; a cat may quiver their tail, sway it back and forth, or curve it over their back. All of these positions demonstrate varying degrees of excitement.

(Please note that tail quivering can also be a sign of spraying in males.)

A puffed-up tail means a cat feels threatened and will take action if need be. Tail puffing, also called piloerection, may happen in response to an unwelcome animal or loud noise. Puffing of the fur is an evolutionary tactic that many animals have adapted to make themselves look more threatening. The pufferfish is a prime example of this — they inflate themselves to appear larger when facing a predator.

Tucked around their body

Tucked between their legs

When cats and dogs tuck their tails between their legs, it's almost always a sign of fear or submission. If you notice your cat doing this, the best thing to do is to remove them from the triggering situation and place them in a calm, safe area of your home. Give Fluffy some gentle pets and reassure them that they're okay.

Rapid tail thumping is the most misunderstood tail language sign. Most people seem to think this is a sign the cat is about to attack, but more often than not, this is a sign of play "hunting". You may see this happen just before the cat chases after their favorite toy. Other reasons a cat might thump their tail: they're annoyed, alert, or on edge. Be careful with your cat when they exhibit this behavior; if they are agitated, they might be more likely to swat.

A low tail is no bueno in cat language. This is typically a signal that the cat is afraid or intimidated and may be ready to run or fight. A cat may also lower their tail if they are stalking prey (or their favorite feather toy). If your Fluffy is exhibiting this tail posture, it might be a good idea to leave them alone.

Most of the time, when a cat's tail is straight out, it's a sign that the cat is in a neutral passive state. They don't want to play or be petted — but they aren't necessarily upset, either. Sometimes cats take this stance when they are concentrating on something.

Besides looking at tail positions, pet parents should also consider other indicators when trying to decipher their pet's tail language. Answering these questions will give you more insight into what your cat is trying to tell you.

Knowing what your cat is feeling can help you in more ways than one. It can help you bond with your pet, address triggers, and even let you know when they should see a vet. Just pay attention to your pet in various states and settings and you'll get a grasp on their tail language in no time.