Dog "Thief" at Home, Under a Desk, at Austin Shelter 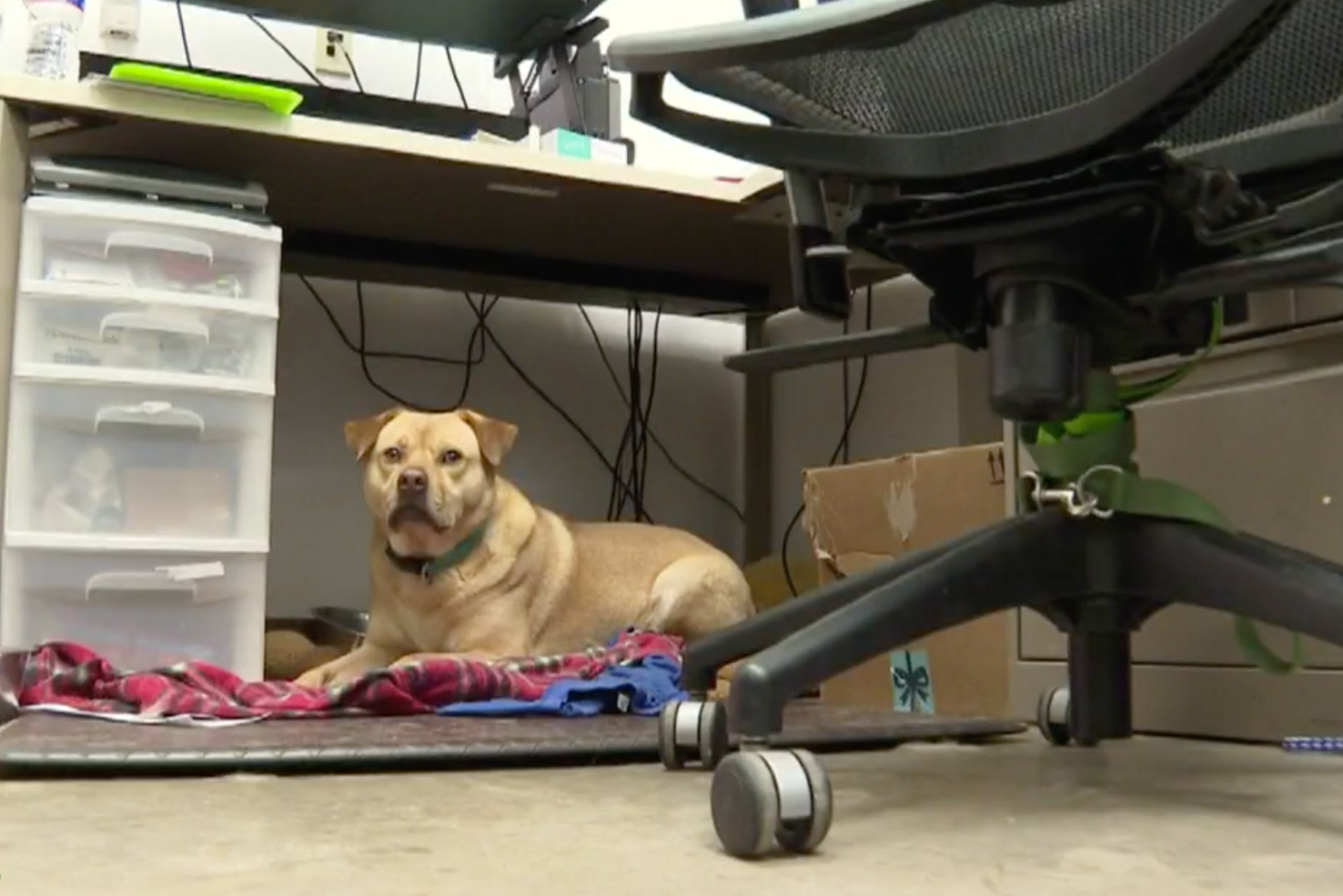 Kevin’s a kleptomaniac. He’s also a dog, waiting to be adopted at the Austin (Texas) Animal Center.

According to KXAN-TV, Kevin lives under a desk in one of the center’s offices because there are no available kennels. The center is over capacity. And when no one’s watching, Kevin tends to steal anything he can put his paws — or mouth — on.

“Every time that I've been assigned to take care of the office dogs, I'll go in there and I'll notice his pile happens to be a little bit bigger than the last time I was in there," Caitlyn Kretsinger, an animal care worker at AAC, told KXAN.

Another employee left her office briefly to take a phone call. "And as soon as she got back, her sweater that she’d taken off was underneath Kevin and he was snoozing on it," Kretsinger said.

Kevin’s not the only dog living in an office at the Austin Animal Center. The shelter’s been at capacity for almost six months. As a result, KXAN reports that almost all the offices have dogs in them.

If you’re in the Austin area and interested in adopting Kevin, you can fill out an application at the Austin Animal Center’s website. And if stuff turns up missing when you bring him home, you’ll know who to blame.