How to Train A Blind Deaf Dog

Training can be difficult for any pet pawrent. But if you love a blind and deaf dog, you know that it can present some truly unique challenges. Likely, you’ve already created a safe space for your disabled pal by clearing away debris, padding sharp edges, and blocking stairs, but when it comes to teaching your dog how to behave, training may seem like a daunting task.

Can your dog learn commands without being able to see and hear you? With a little extra patience, blind and deaf dogs can learn just as much as any other dog with training methods catered to their needs. Read on to learn just how to communicate and train your special furbaby using language they can understand.
Why Training is Important

Some dogs are born deaf and blind, and begin to explore the world from the start with their other senses. But dogs who progressively or suddenly lose their sight and hearing due to age-related problems, infections, congenital diseases like progressive retinal atrophy, or an injury have to adjust to an unfamiliar world, and may likely feel fear, anxiety, and a loss of confidence.

Training your dog does more than just teach them how to ‘sit’ or ‘stay’. Consistent dog training can also increase your dog’s trust in you, and strengthen your bond. And for a blind deaf dog, it can give them the confidence they need to safely navigate their world with a trusted friend. Since blind deaf dogs perceive the world using touch, smell, and taste, you’ll use these senses to communicate with them.

Many methods of dog training involve a command, the desired behavior, and then a reward upon the performance of that behavior. Commands for most dogs are usually verbal or visual using your voice or hand signals.

With blind deaf dogs, you’ll be replacing verbal or visual commands with touch cues, using smelly food or treat lures to help them learn the desired behavior, then rewarding them with tasty treats for positive reinforcement. Let’s look at how to use these methods for training.

Bond with Your Dog – First things first, you’ll need to establish a bond with your dog before you start training. Since you will be using touch as your primary means of communication, spend several sessions just touching them all over. Make sure to touch their paws, their head and ears, and all the way to their tail, until they are at ease with being touched anywhere on their body. Also be sure to never physically punish your dog, as you don’t want them to fear your touch.

Establish Touch Cues – You’ll need to do some thinking about what you want your dog to understand. Not only do you want cues for specific commands, but you’ll also want cues to alert your dog that it’s time for a walk, a meal or other actions. This could be a tap between the shoulder blades to signal a walk, a tap on the nose followed by placing the food dish in front of them for dinnertime, a double tap at the base of the tail to command ‘sit’, or on the foot to command ‘down’. Once you’ve started using these cues, be consistent with them each time.

Scented Lures for Desired Behavior – Once you use your command touch cue, you’ll need to get your dog to do the desired behavior. Use food or treats to lure them into the behavior, such as sitting or lying down. You can let them nibble on the treat while you move it to get them into position or slowly pull it away from them to force them into that position as they try to get it. As they begin to perform the action on their own, you can phase out the food lures.

Tasty Rewards – Have tasty food or treats at the ready and give them to your dog the moment they get into position or perform the desired command. If you were using a treat to lure your dog into position, give it to your dog to eat. Be sure to have these rewards ready, and waste no time rewarding your good dog.

Vibration Collars as Cues – So what if your dog isn’t right next to you, or you are trying to teach them to ‘come’ to you? Vibration collars can bridge the gap by using gentle vibration as a command cue. Start using the collar slowly by desensitizing your dog to the vibrations on a less sensitive area such as a leg or shoulder, while pairing it with treats. Once your dog associates the vibration with rewards, you can start to use it around the neck for commands. Vibrate the collar, use smelly lures, and reward behavior with tasty treats, just like with touch training.

Train for Grooming – If you’d like to get your blind deaf dog groomed, you’ll need to train them to be comfortable with these new sensations and smells to reduce their anxiety. Use treats while touching their body, and while introducing a brush or other grooming tools. As they get comfortable, you can increase the time between the touches and rewards, but watch for any signs of stress which indicate that your dog needs a break.

Use Touch and Scent Cues as a Map –Since blind and deaf dogs can’t see their environment, they rely on their other senses to understand their surroundings. Use different scents in each room to help your dog know where they are. You can also employ their sense of touch by using varying textures of mats, rugs, and runners to help them identify different rooms, as well as have a safe path they can follow.

Given the chance, your special canine can learn to do anything, even navigate stairs! With lots of love, patience, and creative thinking, your blind and deaf dog can live a happy and safe life with their best human friend by their side. 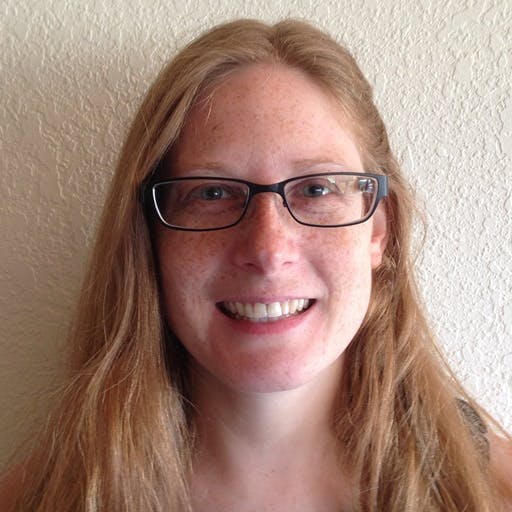