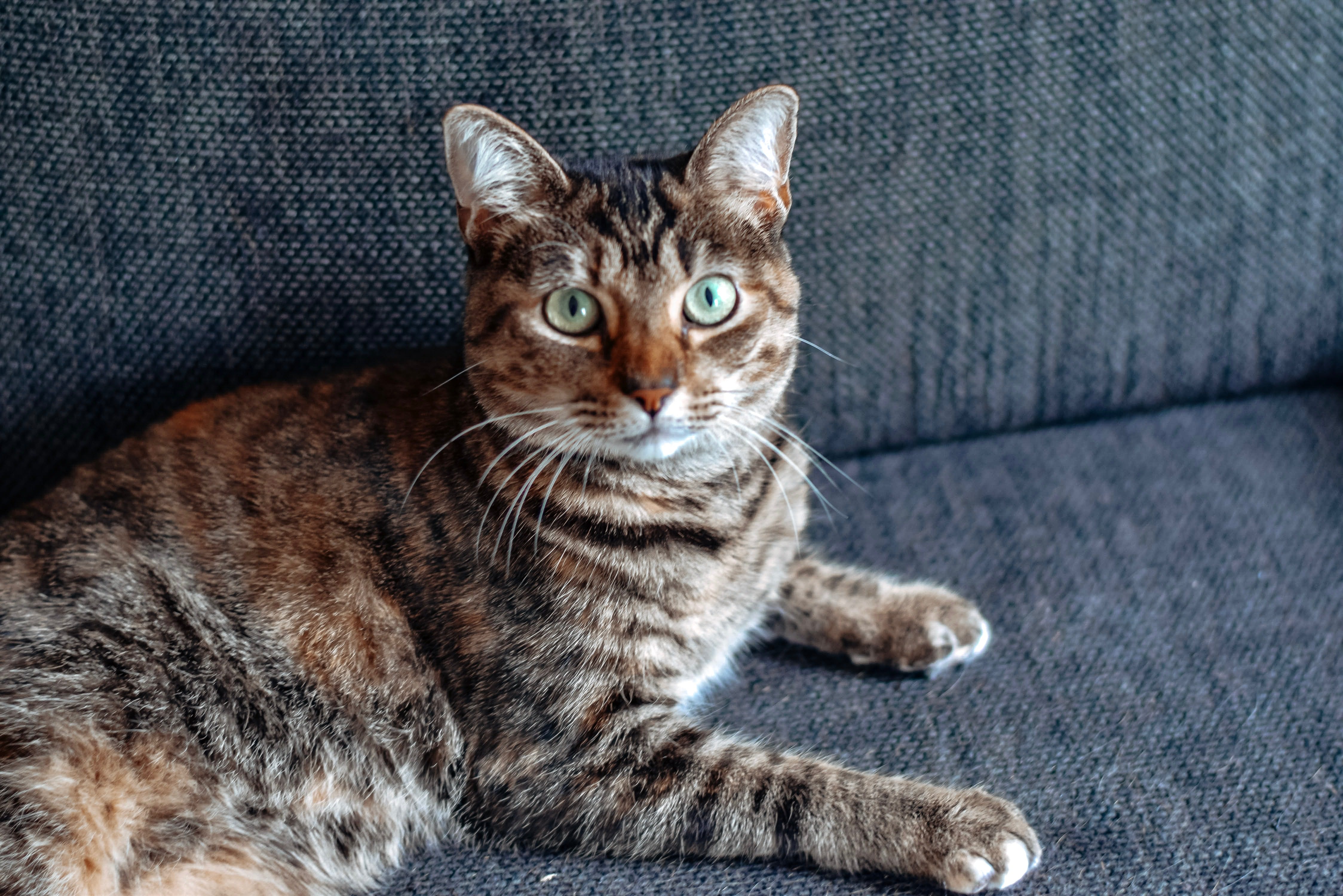 Falling from great heights, bolting around the bedroom at midnight, fitting through impossibly small gaps — cats are mysterious creatures that keep pet parents on their toes. August 8th is International Cat Day, and there's no better time to learn a few fun facts about the little lions in our lives. Here are 7 fun facts about cats to know about this International Cat Day.

Any pet parent with a feline friend will be all too "furmiliar" with the zoomies, especially when your cat wakes you up at 3 AM the night before a big business meeting. But exactly how fast can your fur-baby run?

With no special training, your average house cat can run approximately 30 miles per hour. That's quicker than the fastest person ever: Usain Bolt! Part of the reason cats can sprint so much faster than their human counterparts is they have very muscular legs. They also have a flexible spine, which allows them to spring forward, giving them a long stride.

Cats are masters at falling from great heights

Cats are incredible jumpers and can jump over 5 feet without running, approximately 7 times their own height. But what's even more impressive is how far cats can fall.

Past studies have shown that cats can fall 7 stories on average without serious injury. Even more impressively, there have been reports of cats falling over 20 stories without significant harm, and one case of a feline falling 32 stories and only suffering a collapsed lung and a chipped tooth.

The world record for loudest purr is 67 decibels

You'll be hard-pressed to find a pet parent who doesn't love their cat's purr. These soothing vibrations are usually soft and comforting, but they can also get surprisingly loud.

The Guinness World Record for loudest purr belongs to Merlin, a 13-year-old black and white tomcat from Torquay in the UK. At 67 decibels, Merlin's purr is just slightly quieter than a hairdryer or a vacuum cleaner — impressive stuff!

The oldest cat on record was 38 years old

Felines are known to live longer than their canine counterparts, but exactly how old can a cat get? Amazingly, a cat named Creme Puff from Austin, Texas reportedly lived for 38 years — that's well over 150 in cat years!

It's almost hard to believe that Creme Puff was born in 1967 and passed away in 2005. Creme Puff's dedicated pet parent, Jake Perry, says the reason Creme Puff lived so long was partly due to a home-cooked diet. Uniquely, he also gave Creme Puff an eyedropper full of red wine every 2 days to help, as he puts it, "circulate the arteries".

Cats spend 70% of their time sleeping

It's no secret that cats love a nap, but it might surprise you just how much time cats spend in dreamland. It turns out that your average tiny tiger loves a nap so much that they spend most of their lives snoozing.

Cats spend between 16 to 20 hours a day asleep — that's around 70% of their time! The reason cats sleep so much is instinctual, as they're saving energy for their next big hunt.

Some cats have extra toes

Cat "toebeans" are certifiably adorable, but did you know cats can have an extra, thumb-like toe? Cats with extra toes, known as polydactyl cats, are the result of a gene defect.

You may also be unaware that polydactyl cats aren't limited to one extra digit, and many have several extra toebeans on each paw. In fact, there's a world record for the most extra toes on a cat. Jake from Ontario, Canada, was reported to have 28 toes — 7 on each paw!

Have you ever wondered how cats are able to squeeze through impossibly small gaps? There's a scientific answer. Cats have a free-floating clavicle, which is also known as the collarbone.

While the idea of your collarbone moving around freely might make you a bit squeamish, it's advantageous to cats, as it means anything they can fit their head through, they can fit their bodies through. In the wild, this would help them escape predators by fitting into tight spaces and help them avoid getting stuck.