Pheromone Therapy: Will This Reduce My Pet's Fear and Anxiety? 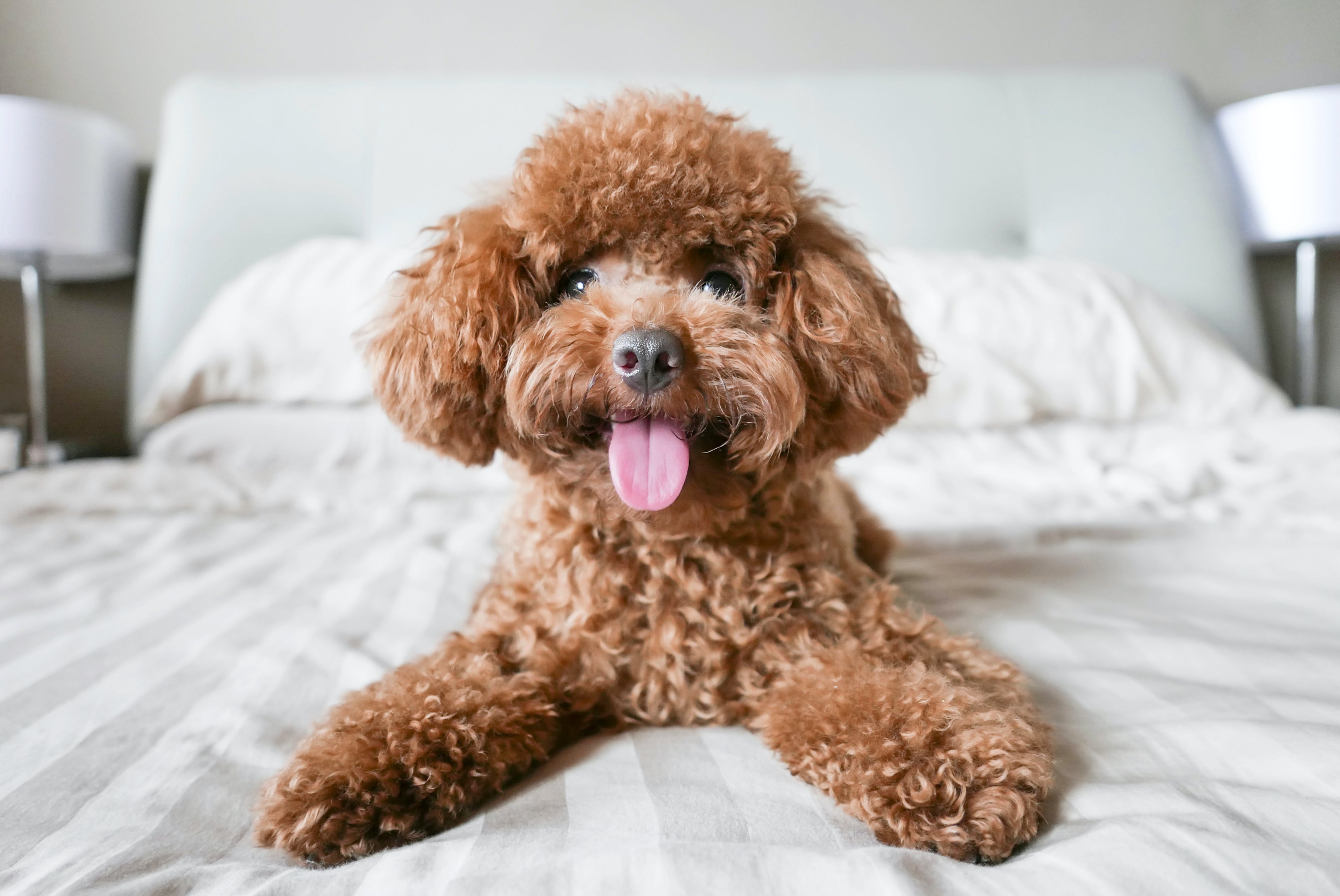 Published: 02/04/2021
Pheromone therapy is a popular homeopathic remedy for dogs with anxiety, but is this therapy all it's cracked up to be? What are pheromones anyway? In this article, we'll explore the ins and outs of pheromone therapy and the scientific evidence behind it to help you decide if it's an option for your pet.

Have you ever heard someone say a dog is "marking their territory"? Well, that's true to a certain degree. When dogs pee on things, they're sending a chemical signal to other dogs about their biological identity. This chemical signal is called pheromones.

Specifically, pheromones communicate a dog's status and influence the behavior of other dogs. In essence, pheromones are a way for animals to communicate nonverbally. Pheromones can tell a dog about another's biological information, like gender, reproductive status, age, genetic makeup, and even mood.

Contrary to popular belief, pheromones aren't hormones, although they have similar qualities. Both are chemical messengers, though hormones signal changes within the body. Pheromones, on the other hand, work externally to relay information regarding social behavior and reproduction to other animals within the same species.

What is pheromone therapy?

Pheromone therapy is a holistic approach to separation anxiety and behavior eradication in dogs. This therapy involves the dog-appeasing hormone (DAP), a chemical secreted by nursing dogs to comfort their young. It is thought that smelling this pheromone (either synthetic or natural) can soothe adult dogs the same way it does puppies.

How does pheromone therapy work?

Pheromones are picked up by the vomeronasal organ, a special sense organ in the roof of a dog's mouth. The information from the scent is then processed in the dog's brain to elicit a behavioral response. For instance, if a dog smells the pheromones of a female in heat, they may begin searching for the female dog. Conversely, when a dog smells DAP, they may elicit a relaxed response the same way they would as a puppy with their mother, much like a scent memory for humans.

What does the scientific community have to say about pheromone therapy?

There is conflicting data about whether or not pheromone therapy works for anxiety symptoms. A study in The Canadian Veterinary Journal found that pheromone therapy reduced hypervigilance and increased appetite in dogs with anorexia due to separation anxiety. This study also found that dog-appeasing hormone decreased overgrooming and nervous behaviors in the dogs studied.

On the contrary, a UK study of shelter dogs found no difference in anxiety symptoms or barking frequency in the study group. Researchers stated the barking wasn't as loud with DAP therapy, but noted this wasn't necessarily an indicator of its success since there was no other change in the canine's behavior.

What is pheromone therapy used for?

Pheromone therapy is used primarily for dogs with generalized, situational, or separation anxiety. However, some pet parents try this therapy as a last-ditch effort to combat destructive tendencies that stem from separation anxiety.

What forms does pheromone therapy come in?

Pheromone therapy comes in many forms, the most common of which include sprays, infused collars, and plug-in air diffusers.

Can pheromone therapy help with anxiety?

Is pheromone therapy right for your dog?

Many pet parents swear by pheromone therapy to reduce their pet's anxiety, but ultimately, it's up to you to decide whether pheromone therapy is right for your dog. Since it's a non-toxic and natural solution, it certainly can't hurt to try it!