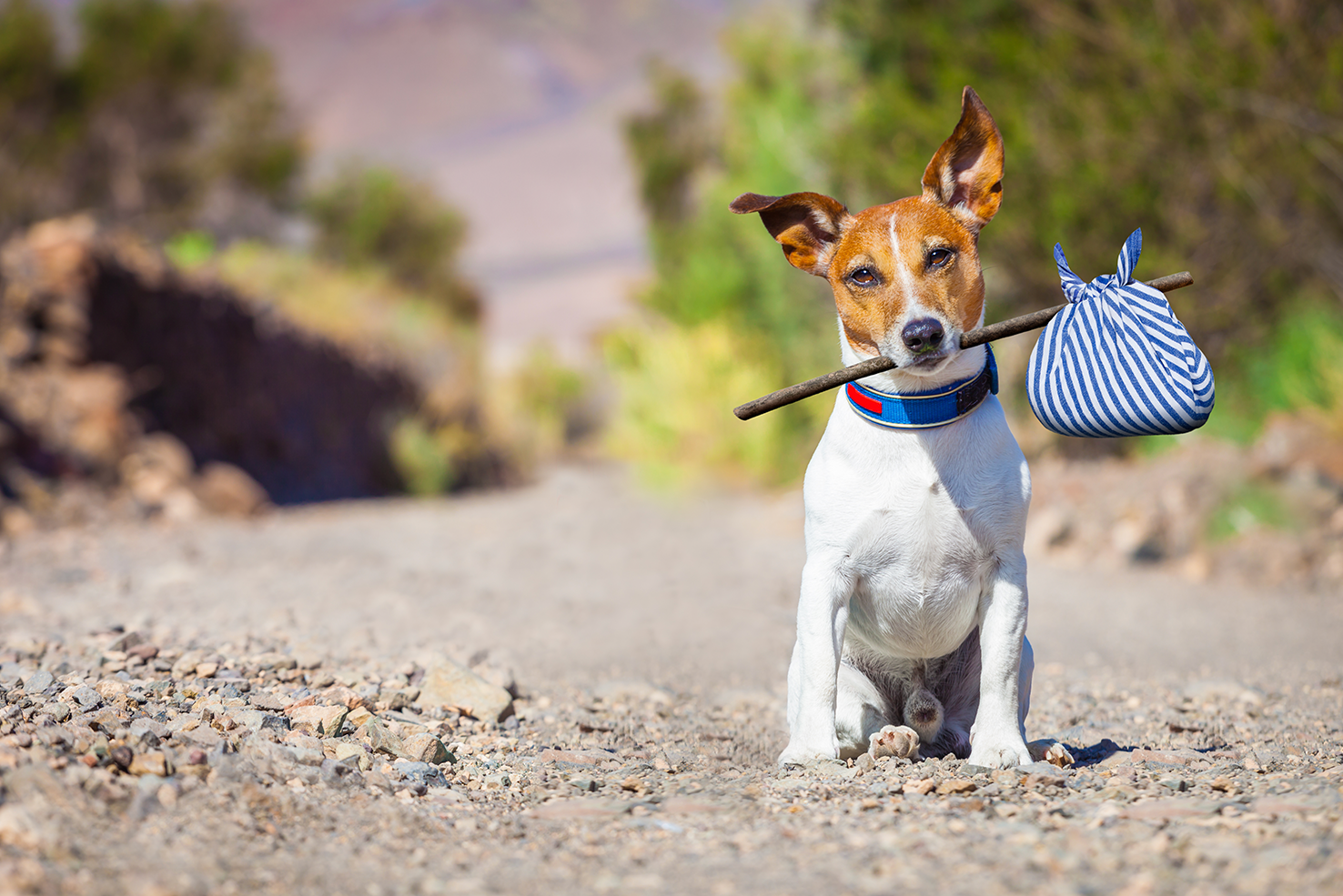 “A Dog’s Way Home,” which opens this weekend in theaters, is a sweet tale about Bella, a pit bull mix, who is separated from her beloved pet parent, Lucas, and embarks on a two-year, 400-mile trek through the Rockies to find him.

While the idea of a dog teaming up with a baby CGI cougar to fight against a pack of wolves is a bit hard to believe, the movie’s main story shouldn’t come as a surprise to anyone who loves a dog. Love knows no boundaries and there is no better living proof of this than dogs.

History is full of stories about persistent pooches who have made their way across hundreds, even thousands of miles to find their families. Here are a few of our favorites (minus the baby CGI cougar).

While Bella’s story is truly an amazing one, Bobbie, a Scotch Collie/English Shepherd mix, tops her trek by about 2,000 miles. Bobbie’s story begins back in 1923 when he was with his family visiting relatives in Wolcott, Indiana.

During an attack by three other dogs, Bobbie ran away. His family, never expecting to see their beloved dog again, returned heartbroken to their home in Silverton, Oregon. But Bobbie didn’t give up so easily.

Six months later, Bobbie, had made to back to Silverton. He was malnourished, dirty and his toenails were worn down to nubs, but he was alive – and home. It is believed that Bobbie walked at least 2,551 miles and crossed the Continental Divide during the coldest winter months.

There was no rest for this little adventurer. Bobbie became an instant celebrity and his story was covered by national newspapers and was featured in Ripley’s Believe It or Not books. He also starred in a movie about his journey, playing himself in the 1924 silent movie, “The Call of the West.” He was buried with honors in 1927 and Hollywood legend Rin Tin Tin laid a wreath at his grave.

Like Bella, Gonker, a rambunctious golden retriever mix, decided to take his own path while hiking with his owner on the Appalachian Trail near the Blue Ridge Parkway in 1998. Despite a long and frantic search, Gonker’s owner found no sign of his pup.

It wasn’t just the weather and wild animals that concerned Gonker’s owner the most: it was the dog’s need for medication. Gonker had Addison’s disease, an adrenal insufficiency, and relied on hormone injections to stay alive.

The dog’s family posted fliers, reached out to media outlets and even resorted to loudly calling the dog’s name on a megaphone, hoping Gonker would hear them and come running. But after 13 days, the dog was still missing and the family was running out of hope. Then the family got a call: Gonker had been spotted by a police officer 111 miles away in Wintergreen, Va.

The family drove to Virginia where they were reunited with their beloved dog. They were so inspired by Gonker’s gumption and love, they chronicled their story of hope in a book entitled, “Dog Gone: An Extraordinary Journey and the Family Who Brought Him Home.”

Saved by a microchip

We don’t know if Bella was microchipped, but if she wasn’t, she should’ve been.

When Jake, a large brown coonhound, was found in Pennsylvania in 2018, the responsible person who found him took him to a local animal hospital. When his microchip was scanned, the staff was shocked to discover that the dog had been missing for a year and a half from his home over 2,000 miles away in Phoenix, Ariz.

How Jake got to Arizona was a mystery. Getting him back home to his family was a mission of love. Volunteers from the animal hospital took turns driving Jake across Arkansas, Oklahoma, Texas, and New Mexico. With 20 volunteers, 30 stops and three overnight stays, Jake made it home safely to his happy and grateful family.

Bobbie didn’t make it into the Guinness World Records with his impressively long journey, but at least there is a category in there for Lost Dog that Traveled the Furthest Distance. And that distinction goes to Jimpa, a lab/boxer mix,

In 1978, Jimpa, accompanied his owner who had accepted a temporary job on a farm in Western Australia. While there, Jimpa and his owner became separated. After the job was completed, the owner returned to his home in Victoria without his beloved dog. Jimpa, however, had other plans. A year and 2,000 miles across a desert plain later, Jimpa made his way home and into the Guinness World Records.

While we love a good story like Bella’s as much as the next dog lover, we prefer to keep these types of incredible journeys like “A Dog’s Way Home” on the big screen. So hug your dog tight, keep him on lead at all times, make sure his tags or microchip information is updated, and pass the popcorn.