The Top 7 Puppy Behavior Problems (And Tips to Fix Them) 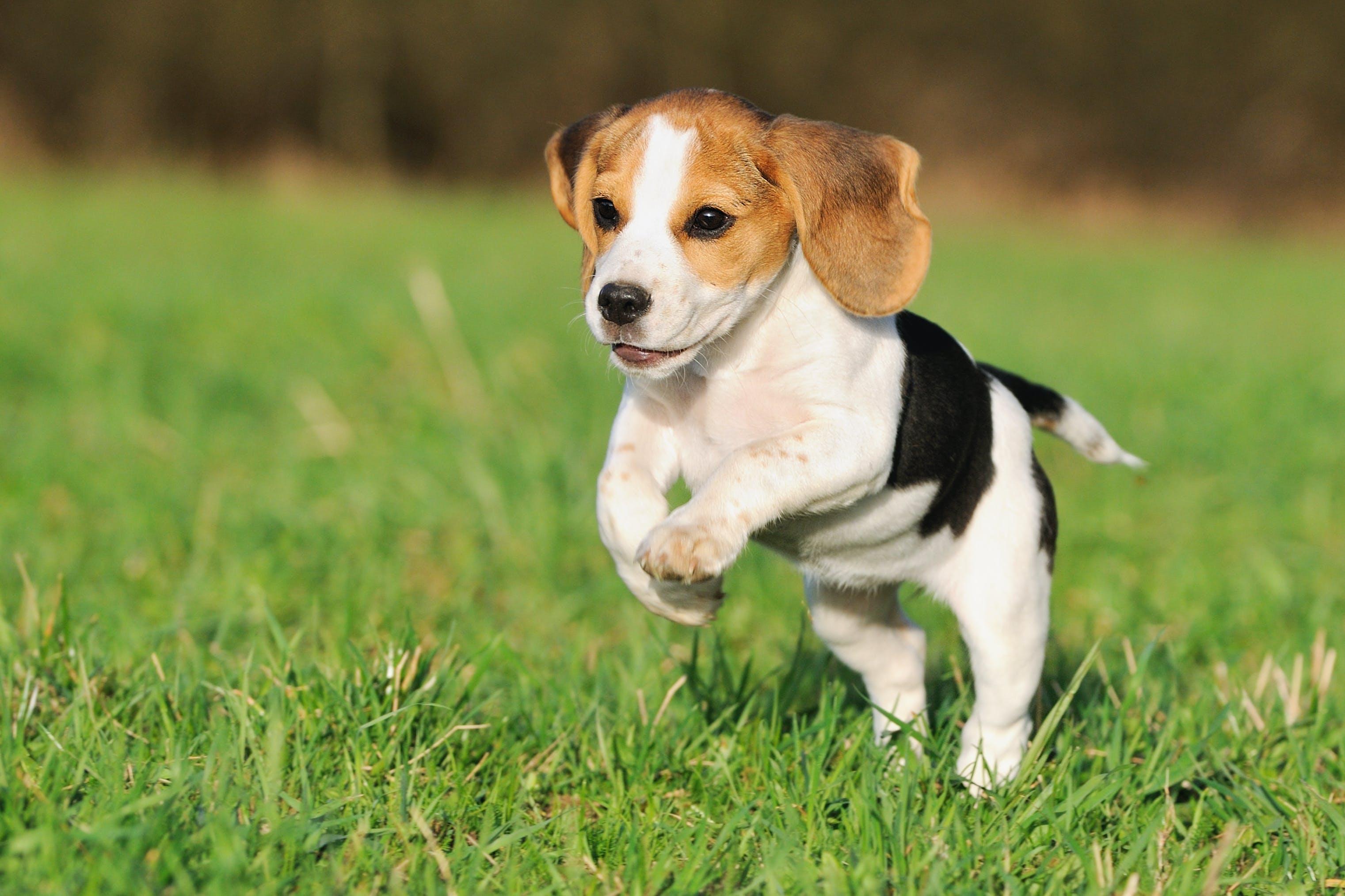 Between their clumsy paws, curious noses, small bladders, and complete lack of inhibitions, they can be like tornadoes tearing through your household.

The good news is that you don't have to deal with this forever. With the right training, you can correct puppy behavior problems and establish a good, obedient foundation that will last the rest of their life.

Let's take a look at some common issues with young dogs and how to fix them.

Do you have a graveyard of chewed-up remotes? Have your couch cushions been given some "teeth mark" chic?

Biting and chewing are both extremely common behaviors in young dogs, but as explained by Ian Stone, the founder of Simpawtico Dog Training, biting and chewing fulfill different needs for your pet.

Biting is an active behavior. It usually comes from a place of energy, anger, fear, stress, or excitement. On the flip side, chewing is a passive behavior; it's usually done by a dog that's trying to soothe or calm themselves down.

Both of these actions can be redirected towards toys, snacks, and other things that are actually appropriate for a dog's teeth. Just understand that they're different behaviors with different origins.

2. Pulling on the Leash

Puppies pull on their leashes because they don't know any better. They're so young that everything is new and exciting, and their noses are their best tools for exploring the world. They just want to sniff everything, mom, c'mon!

You can train them out of tugging by stopping the walk every time that they surge forward. It might take a while, but eventually, they'll realize the cause and effect.

In the meantime, you can buy special collars and harnesses that discourage pulling on the leash. You can also put treats in your pocket to encourage sitting, staying, waiting, and lying down during your stops.

Separation anxiety can strike dogs of any age, but it can be a particular problem with cute pups that get overly coddled by their well-intended owners. People just can't resist literal puppy eyes!

You'll need to harden your heart to deal with separation anxiety. Every time that you rush to soothe your puppy after time spent away from the home, you're just reinforcing the idea that your absence is a big deal.

Here are better ways to react when your dog makes a fuss at goodbyes:

Excessive barking can be one of the harder problems to solve with dogs since there are so many potential causes for it. They could be bored; they could be stressed; they could be having a knee-jerk response to unexpected noises or events.

To further complicate things, young puppies will often vocalize just for the sake of vocalizing; they're like babies in that way. They'll bark, howl, growl, and whine just to entertain themselves.

To quiet the barking, you'll need to figure out where the barking is coming from in the first place. For example, if your puppy is bored, you can give them distractions to keep them occupied. If they are getting scared by people walking and talking outside, you can turn on the TV when you're gone.

The first thing to know about aggressive behavior is that it's a commonly misdiagnosed problem in young dogs. Puppies play rough! It's what they do. It doesn't necessarily have a deeper meaning.

That said, if the "puppy play" is starting to get out of hand, it's a good idea to begin obedience classes sooner rather than later. Not only will you teach your puppy some self-control, but you'll also get in quality bonding time during their youngest, most formative stage of life. It's an investment that will reap rewards for years to come.

Puppies can be worse than gophers when it comes to digging in the dirt. They can also have the bad habit of eating whatever they find, so in addition to holes in the garden, there can be tulips in the tummy.

The fastest way to stop your dog from digging is to use "dig deterrents" in the yard. These can take the form of big rocks, partial fences, prickly plants or foul-smelling oils poured on the ground. As long as they aren't poisonous, they won't do any damage. They'll just be unpleasant.

Be aware, however, that dig deterrents won't do anything about the digging instincts themselves. Your dog will still have them until you engage in serious, long-term training to get rid of them.

Many pet owners know the struggle of housebreaking. Every dog learns at a different pace, so there's no universal solution for a puppy that's still figuring things out. You'll just have to experiment with different potty training methods such as:

Ultimately, this is another thing that comes down to time and patience. Be consistent; be loving. Just like you wouldn't scold a child for wetting the bed, you shouldn't scold your puppy for having accidents in the house!

If you're tired of losing shoes and toilet paper rolls to the newest addition of your household, these are just a few ways to fix puppy behavior problems.

You might also try customized training services that can provide one-on-one guidance from an expert. Since it's entirely online, you won't even have to leave the comfort of your home.

With the swipe of your thumb, you can get started on a new and improved training regimen to bring out the best in your pup. Good luck!

Will Blunt is the founder of Sidekick Digital, a publishing business that launches, manages, and grows dog brands with content marketing. He is also the host of the popular podcast The Dog Show.