Can Dogs be Vegetarian?

Have you ever noticed that your dog has a preference for what they eat? Maybe they don’t like a certain brand that you buy, or they don’t like their water to be too cold. But what about meats and veggies?

Ever thought your dog was a vegetarian? Because there is a good chance they are and just can’t tell you! Your dog may genuinely be a vegetarian and prefer their greens over their meats, or maybe they’ve heard you discuss the idea of becoming a vegetarian and beat you to it. Who knows, but if that’s the lifestyle they want to live, you should educate yourself on the proper nutrition to ensure the health of your pup.

Signs Your Dog is a Vegetarian

Dogs can be just as fussy as humans when it comes to eating, and that’s perfectly okay. They don’t have to like everything they eat, but it’s important to remember what is healthy for them, what will make them stronger, and what will let them live a longer life. Dogs are omnivores so naturally, they like a variety of plant-based foods, and animal-based foods but, just like humans, they could have a preference.

Although a dog cannot tell you directly if they don’t like a type of food, or if their body doesn’t, there are ways they can show you. If they smell the food and don’t want to eat it, they will probably get that ‘grossed out’ look on their face when you try to force them to try it. Or, if they vomit the food up, seem very mellow and just want to curl up, their stomach starts making funny noises, or their poops aren’t solid, clearly, they aren't into what you are giving them. Just like people, dogs can have a sensitive stomach, so it’s important to recognize these signs and see if a vegetarian diet is more suitable for them.

Some dogs might even show you they want to be a vegetarian by begging for food that is only plant-based, like cucumber or avocados. If they don’t seem interested in what you’re eating when it involves meat, that should tell you they don’t have any desire to eat it. So, if your dog is displaying these signs, maybe it’s time to give veggies a try, just make sure you give them some other form of protein and research what veggies may create health problems for them.

Here are some signs you might notice when your dog is a vegetarian and wants your veggies:

Here are some other signs you may notice when your dog is a vegetarian, and doesn't want the meat:

Throughout history, we have seen the evolution of wolves who became dogs, who then became various types of dogs that didn’t resemble wolves at all. Have they evolved so much that dogs can be vegetarians now?

Yes, humans find different lifestyles more suited to our needs, and just like dogs, we have a variety of different needs. Some dogs have only ever known meat in their day to day food life, some even only eat raw meat, so what is the problem with a plant-based diet? Nothing. If done correctly, your dog can live just as long as a dog who is on a meat-based diet, after all, they are omnivores.

These days, even animal shelters are feeding more plant-based dog foods like V-Dog because it is cost beneficial and most of these animals are most likely used to that type of food - especially if they grew up in a poor environment. Feeding animals a plant-based diet isn’t harmful to them, if anything they are getting their nutrients in a variety of ways. Vegetarian dogs isn’t a new idea, but it is becoming more popular, especially since humans are now realizing how expensive and harmful the consumption of meat can be.

Some owners choose to give their pups vegetarian food because of research they have done on dog food that proves they are better off making their own food for their dog. Some dog brands claim to have meat in their food, but only put in the scraps - the pieces of meat that won’t be served to humans. These dog brands end up serving unhealthy meat to the dog, resulting in lack of nutrition, and even health problems.

There is no scientific reason why a doggy shouldn’t be on a vegetarian diet, there is only the concern of doing it properly just like there is on an all-meat diet. As long as the right research is being done, there should be no reason why your dog can’t live a healthy happy, vegetarian lifestyle.

Training Your Dog to be a Vegetarian

The first thing you should do before you start training your dog to be a vegetarian is to learn about it yourself. If you are going to have your dog on an all plant-based diet, then you need to ensure you have all the facts.

After you have researched all of this, you can begin by making sure you have breakfast, lunch, and dinner set up for your pup and that there is protein in each meal. Because your dog will be on a plant-based diet, you as a dog owner will need to make sure that they still receive all the nutrients they need to lead a healthy life. Keeping track of this will be difficult at first, but once you and your pup adjust to these changes, life will be easy.

If your dog already loves veggies, then the transition will be easy but if they are used to eating more meat in their diet, it may pose a couple of setbacks. No need to worry though, there is a way to fix this! You might just need to be more creative with the way you present the food. The puppy may not like big pieces of vegetable, so try cutting them smaller! Or they may be fussy on the way you cook them, so add a little bit of something they love in the mix. If there is more than one person feeding the dog in your house, set up a little chart to check off what they’ve already had for the day to help ease the process.

If they are not big about the protein you are giving them, try peanut butter in a kong—dogs go crazy over this! Just remember, this is an adjustment process for both you and the dog, but in the long run, the health benefits and inexpensive meals are worth it.

Ensuring Your Dog is Eating Healthy as a Vegetarian: 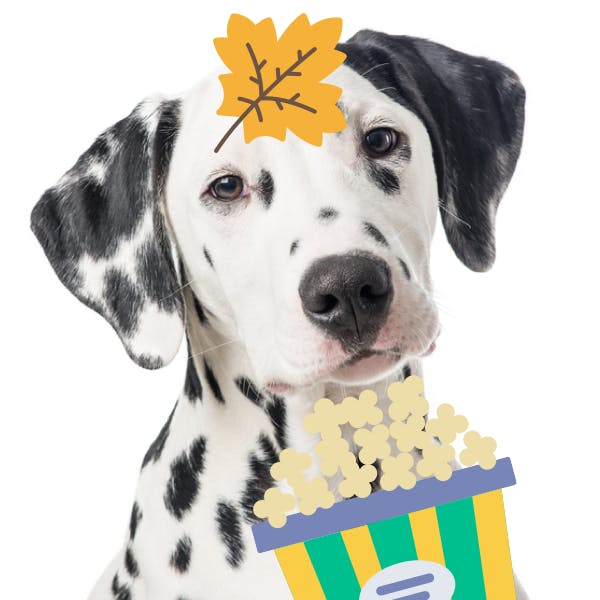