Can Dogs Live with Megaesophagus?

The esophagus is the tube that runs from your dog's mouth to their stomach. When your dog eats, the food passes down the esophagus and into the stomach for digestion.

However, in dogs with megaesophagus, which is where the esophagus remains enlarged instead of contracting, this doesn't happen as it should. Instead of being pushed down into the stomach, food sits in the esophagus until the dog regurgitates it back up. This makes it very difficult for the affected dog to hold down food and water, so megaesophagus is a very serious condition indeed.

However, dogs can live with megaesophagus, so let's take a closer look at how you can best manage this worrying health problem.

Signs and Symptoms of Megaesophagus in Dogs

Vomiting — it's an unpleasant topic, but one we need to discuss here. Take a moment to think about the last time you saw your dog vomit. Under normal circumstances, regurgitation requires significant use of the abdominal muscles and results in your pet bringing up partially digested food.

However, in dogs with megaesophagus,  the vomiting occurs with no abdominal effort and sees them bring up undigested food. So if you notice the food or liquid appearing to simply fall out of your dog's throat, this is a telltale sign of megaesophagus.

As a result of the condition, it can be quite difficult for dogs to keep down the food they eat. Without sufficient nutrients making their way into your pet's digestive system, weight loss will result, so keep an eye on your dog's overall body condition.

Some dogs with megaesophagus will also suffer from something known as aspiration pneumonia. This occurs when the reflexes that prevent breathing during swallowing so that food and liquids cannot be inhaled into the lungs aren't working properly. If your dog is having trouble breathing or difficulty swallowing, or if they're coughing, have a runny nose, are weak or lethargic and even have a bluish tint to the skin, these could all indicate aspiration pneumonia.

Watch your dog's body language closely for any telltale signs that could indicate a case of megaesophagus, such as:

Other signs you need to check for include:

The Science Behind Megaesophagus in Dogs

The esophagus has an important role to play in digestion. When it's functioning as it should, a reflex causes the esophagus to contract and push the food your dog has eaten down into the stomach. Your own esophagus does the same thing, but it's a process that usually happens automatically and doesn't require any conscious thought. There are also reflexes to ensure that your dog doesn't breathe when they swallow, which acts to prevent food and liquids making their way into the lungs.

However, in a dog with megaesophagus, these reflexes don't work as they should. Instead, the esophagus loses its muscle tone and remains permanently dilated, never contracting to push ingested food and liquid down into the stomach.

Food and water then stay in the esophagus until it is completely full and can hold no more. This results in regurgitation, and means that your dog is receiving insufficient nutrients and suffering weight loss. There's also the risk of food in the esophagus being sucked into the lungs, which then results in the potentially fatal aspiration pneumonia.

Megaesophagus can either be a congenital defect or a health problem your dog develops later in life. If it's hereditary, the condition is usually a result of the incomplete development of the nervous system or by a fetal artery wrapping around and constricting the esophagus, preventing its normal functioning.

Congenital megaesophagus can occur in any dog, but breeds like the Labrador, Golden Retriever, German Shepherd, Great Dane and Newfoundland seem to be especially prone to the condition.

In cases of acquired megaesophagus, the condition can be caused by a variety of factors, including:

However, most instances of megaesophagus have no known cause.

Diagnosis and Treatment of Megaesophagus

If you notice any of the symptoms of megaesophagus, get your pet to the vet for a full check-up as soon as possible. The condition is usually diagnosed with a chest X-ray or ultrasound that reveals an enlarged esophagus, material in the esophagus, or signs of aspiration pneumonia.

As a result, treatment is focused on providing whatever supportive care your dog needs. This includes giving antibiotics to treat respiratory infections as soon as possible, and taking special care to manage your dog's eating.

In fact, feeding management is the most important part of treating cases of permanent megaesophagus, and the main focus is on helping food and water move out of the esophagus and into the stomach as quickly as possible. This ensures that dogs get the nutrients they need to survive, as once food is in the stomach it cannot be regurgitated. It's also important because repeated episodes of regurgitation put your dog at a higher risk of aspiration pneumonia, which can potentially be fatal.

Your vet will be able to advise you on how best to manage your dog's diet and feeding routine. Have no doubt that this will require dedication on your part, but that it's essential to your dog's overall health and general quality of life.

How to Feed a Dog with Megaesophagus: 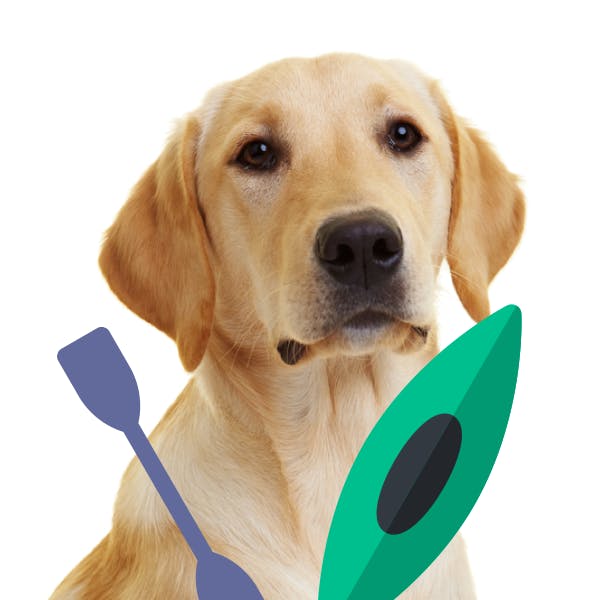