Can Dogs Remember Each Other?

As humans, we are always meeting new people, whether it be a new friend or a customer we are helping out. Through our lives, we meet so many people, but sometimes those people stick around and become friends.

When dogs meet other dogs, they can usually be seen getting exceptionally excited at the prospect of meeting a new friend. If you have more than one dog, you will see your animals becoming closer the longer they have been together, which seems to prove they can remember each other just fine.

What about dogs they meet at the dog park or while out on a walk? Are they able to hold onto what the other dog looks like or smells like? Can they actually remember each other?

Signs That Dogs Remember Each Other

Taking your dog for a walk where they may occasionally run into another dog probably won't cause them to remember that certain dog. Unless they stopped and sniffed that dog for a good minute, they will probably think they are meeting that dog for the first time when they run into them again.

Now, if you have two dogs that have hung out in the park together, bringing them back together after a few months apart should prove that they do remember one another, even if they don't remember everything they did together.

Your dog may exhibit signs such as sniffing the other dog. They will start to sniff them as an easy way for them to access memories of their furry friend. Dogs have much better noses than humans, so when they sniff another dog and realize they have a familiar and friendly scent, they will react much better to that dog.

Along with that, you may see your dog start jumping and acting all sorts of crazy. This is because they have realized this dog is not a stranger. They are a friendly presence.  If the other dog barks or makes any noise, your own dog will more than likely raise their ears up because they are trying to distinguish where they have heard that noise before.

On top of all of this, if your dog is happy to see their old friend, they will wag their tail to no end to show that they are so very happy to be reunited.

Some cues that your dog remembers another dog are:

Other signs to watch for include:

The History of Doggy Friendships

Being a dog can be mighty-hard, since they mostly depend on their noses to help them lead the way. This can make it difficult to remember certain things in their lives.

A lot of people wonder about the history behind dogs being friends with each other and they certainly wonder about how they are able to remember their doggy pals that they have not seen in days, months, or even years.

There have been studies that show dogs sometimes forget events that occurred just two minutes ago, which really makes one wonder how they are able to remember anything at all. This leads us back to their powerful noses. They may not remember specific events, but they will smell a place, a dog or a human and will be able to remember the feelings they associated with that particular interaction.

A dog's memory has been the center of many studies over the years and studies have shown that they can remember their old friends, but to them, they have no idea that it has been long at all since they last saw their friend. These studies have been done in recent years, as the study of memory in humans has taken off.

The Science of Dogs Remembering Each Other

Since studies are still ongoing in regards to a pup's ability to remember things, not everything is known about how they are able to remember. Dogs are easy-going, happy creatures of habit. You can train a dog to sit, stay or roll over. They remember these things because of repetition and it just becomes a part of them.

When they see a friend that they have not interacted with in quite some time, they may not react right away. This is because they will need to assess the situation and gather intel from different factors. They will need to sniff them and if they recognize them in a good way, they will start acting like they did the last time they saw them.

Dog's brains are just wired differently, so they do not remember someone by just seeing them. They have to process the situation first before anything else.

Training Your Dog to Remember Their Friend

Since most of remembering their furry friends come from within their own memory, there is not much that you can truly do to get your dog to remember them besides letting them do their own thing. However, there are various other things that you can do to help them get to their conclusion of friend or foe a little bit quicker.

Say you are going to be dogsitting you friend's dog at your house. Your animals used to be the best of friends, but they have not seen one another in months now. As your pup's owner, you are able to help train them to be prepared for who is coming so that it is not as overwhelming for them. You can bring the friend's dog's blanket or towel to your house and let your dog sniff it. You can watch how they respond to it. If their tail starts wagging, that is a magnificent sign that they are remembering their friend and you should praise them for that.

Another way to train your dog to remember their friend is to bring the other dog over, but you will want to be careful when reintroducing them. Leash both of the dogs and allow them to sniff one another until you are certain they are happy and enthralled with one another. You can give both pups a treat or two for doing so well with each other. The next time they see each other, they will remember the good reinforcement given to them as a result of being friendly.

Again, there are not many ways to train your dog to remember their friends, but you can make sure your dog is raised to be open to other canine buddies being around them. This will allow them to remember other dogs are not always an enemy.

How to Safely Allow Your Dogs to Remember Each Other 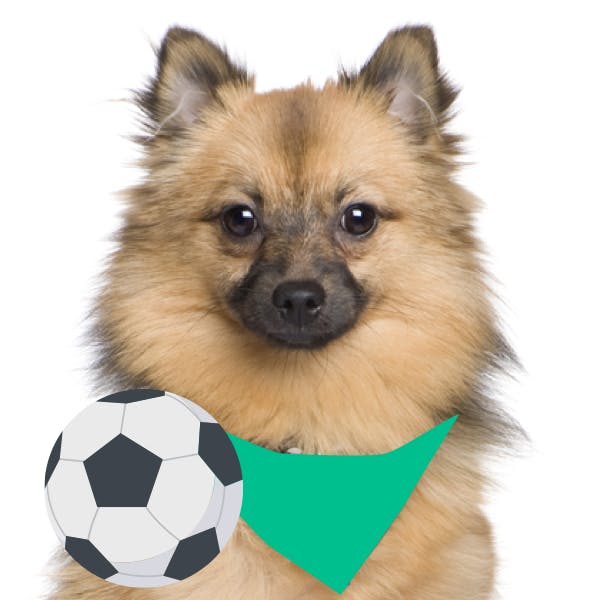