Can Dogs Sense a Seizure?

There is no doubt our animals can sense how we are feeling, but research has directed our attention to our dog’s fascinating connection to our physiology.  Dogs have a unique understanding of the human anatomy, particularly so if they are trained to use it. Service dogs have been trained to assist humans with all sorts of medical conditions.

Viral videos of Labradors preventing an autistic individual from self-harming or Great Danes acting as a crutch for children with significantly limited mobility are all over our Facebook feeds.

In this article, we explore the possibility of dogs sensing seizures, if they can detect seizures before they happen, and how?

Signs a Dog Shows While Sensing a Seizure

Dogs that are able to sense seizures will usually react with body language that reads as discomfort or anxiety. If the animal is trained specifically on seizure detection, they may respond in a very direct way of getting your attention such as pawing at you.

While it can vary greatly depending on the dog and the training they have had, here are some general signs to look for from a dog sensing an oncoming seizure.

The most common sign is pacing. A dog usually starts pacing anywhere from several minutes to hours before a seizure. Dogs may also start whining in what has been described as a tone of concern, or barking loudly as a means of getting a human’s attention. The dog will likely be very alert and unnerved when they sense an impending seizure, which can be noticeable in the overall demeanor of the animal.

Being able to read a dog’s body language is absolutely essential in receiving the message they are trying to send to their human. It is important to note that these behaviors will vary from dog to dog, but its key to remember that the closer relationship you have to your dog, the easier these body language signals will be able to spot.

Here are some of the signs a dog will show while sensing a seizure:

Some other signs a dog will exhibit include:

A History of Dogs & Seizure Detection

Epilepsy is a neurological disorder whose treatment remains, largely, a medical mystery. This disorder, caused by trauma, tumors, or lesions of some sort on the brain, affects sufferers of all ages. With some cases being far more severe than others, the degree of severity with each case dictates just how effective an alert dog may be.

The optimal case for an alert animal would be an individual that can take seizure blockers because they have them so infrequently; however, an alert animal may still be of use if trained to get medical assistance. For decades, dog owners with epilepsy have noticed their dog’s keen sense of incoming fits.

There are case studies dating back to the late 90s in which researchers sought to identify a positive correlation between the dog’s behavior and seizure onset, while service animal providers have been eager to train dogs based on this relationship. The long history of studies on this phenomenon have provided little information for service animal trainers to work with, ultimately leaving the discovery of a dog’s proclivity for this skill up to chance.

As it stands today, there a few neurologists that endorse the idea of seizure alert dogs as a means of reliable detection. While scientists concede to the benefits of companionship and a dog that alerts a majority of the time, the current standard is to use dogs as a secondary means of prevention or preparedness.

The Science of Sensing Seizures

While there is little doubting the reality that dogs can sense seizures, the science behind it is largely unfounded. Recent developments have come close to confirming seizure detection dogs are only successful in alerting on certain kinds of seizures, while others fly completely under the radar.

Although there have been a number of studies throughout the years investigating this phenomenon, little has been discovered. Some theories have been put forward that there may be a slight change in scent prefacing a seizure.

Others suggest that there is a subconscious change in a human’s demeanor before a seizure that is so subtle that only dogs are able to detect it. Contrary to popular belief, dogs are not able to sense changes in brain activity, so this challenge we face in understanding how dogs sense seizures is here to stay for the foreseeable future.

Due to the lack of scientific evidence that would better our understanding of how it is exactly that dogs are able to sense seizures, it makes training an animal to detect that much more difficult.

Because you cannot isolate this phenomenon to a sense of smell, it is important to pay close attention to the animal on a day to day basis for any sign of alerting. Seizure detection animals are often trained solely using a reward system in conjunction with a diligent observation system.

This is quite the tricky sort of behavior to reward because often signs of alerting like whining or pacing are what you want to avoid. While it may feel like you are rewarding distress, there is no other way of providing positive reinforcement to the animal for a job well done. One difficulty that is certain is finding the balance between encouraging behavior like whining and incentivizing the dog to be consistent in its alerting.

It is valuable to keep a journal of when seizures occur and the dog's behavior to try and identify patterns. This also takes an incredible amount of patience and due diligence, which is why many families pay for professional training or a pre-trained animal.

It has been argued that having a close personal bond with the animal is absolutely necessary for any training to be successful, unlike seeing eye dogs that come to the family with all of the proper training but no bond yet formed. Training a seizure detection dog is insanely difficult, but not impossible. It should also be said that not every dog is going to be able to do it, but for those that can, its all about positive reinforcement and taking good notes.

How to React When You Dog Senses a Seizure 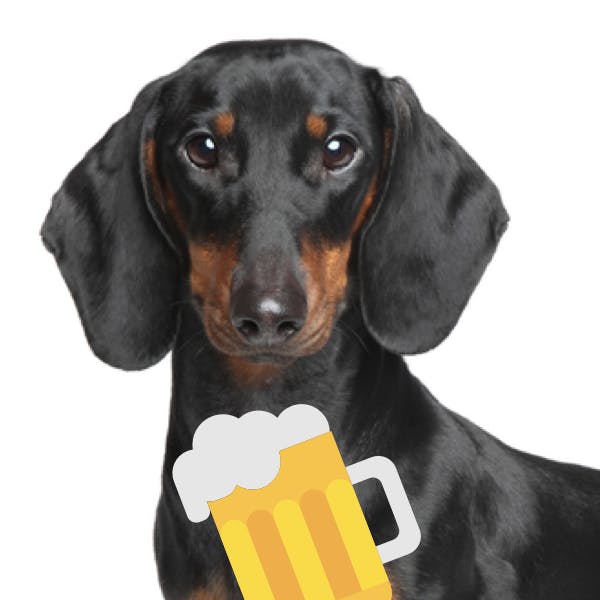