Can Dogs Tell if Someone is a Good Person?

Can dogs tell if someone is a good person? The simple answer is an unequivocal yes! One of the many reasons dogs are incredible beings is their ability to notice and respond to the physical cues of humans. It is a type of sixth sense. We as humans don't always see these cues as clearly as dogs do. Dogs can sense from a human's overall body language and energy that they are "good" or "bad".

If a person is nervous or anxious, angry or hostile they put off a type of energy much like if a person is speaking loudly or making wild gestures. This will put the dog on alert, making them uncomfortable and nervous themselves.

Signs Your Dog is Noticing Good in a Person.

When a dog is relaxed, take note. They are relaxed because the energy around them is relaxed. The people that are surrounding you are the people that also surround your dog. Have you noticed your dog in a relaxed state? Isn't is just blissful to watch? They are cuddled up on their bed or on your lap, eyes closing as your stroke their fur and tell them how good they are.

They love their time with you. If that peace is disrupted by the manic energy of another person who comes into the room or area, your dog's behavior will instinctively change. They may become guarded, they will cower, or they may even growl and become aggressive if they believe the energy from another person may cause you or them direct harm.

Here are some signs you might notice when your dog senses you or a visitor or stranger is "good":

Here are some other signs you might notice if your dog knows they are in the company of a good person:

As much as a dog can sense bad, they can certainly sense good in people. If Abel had a dog, he may have had fair warning his brother Cain was out to get him. Maybe Dr. Jeckyl could have seen Mr. Hyde coming!

Let's take a closer look at some renowned dogs throughout history. They certainly possessed the ability to see good in people. They were the most loyal and faithful best friends of not only good people, but of people doing good deeds.

Take for example, the famous silver screen dog, Rin Tin Tin, who was an actual WWII dog rescued from a French battlefield by an American solider. That soldier then trained the famous German Shepherd and got him placed in over 27 motion pictures. Rin Tin Tin knew the soldier was good because he rescued the dog from possible death on the battlefield. The dog rewarded him in kind with his faithfulness.

Anyone with a television knows Lassie, right? Did you know Lassie, Timmy's devoted best friend, has been portrayed by 10 generations of descendants of the original Lassie, Pal, from 1945 to 2007? Dogs and children are both innocent and good in nature so of course, this team of good-doers were beloved by millions and millions of fans.

We also have real-life faithful dogs of good, loving owners. Many have heard the remarkably moving story of Hachiko, who would greet his owner at the station every day after work for years, until one evening, the owner did not come off the train having died of a cerebral hemorrhage that day. Hachiko came back to wait for his owner every night for 9 years until the dog himself died in 1935. Good dogs do happen to good people.

How can we forget our war dogs, our firehouse dogs, K9 officers, therapy dogs and last but certainly not least the 911 search and rescue dogs? These dogs all helped good humans do good deeds to help other humans. As long as dogs have that remarkable sixth sense that allows them to sense good in others, they will never stop trying to be there for their good owners or help good people do good deeds!

Science Behind Dogs Knowing a "Good" Person is Near

There is some actual science behind our dogs having that special sense of knowing good and bad humans. Dogs contain an olfactory system (fancy science word for a super sniffer above the roof of their mouths)  which is called the vomeronasal organ - this organ enables dogs to sense what cannot be seen. If you didn't think dogs were over-the-moon amazing before - science just proved it!

A dog's sense of smell is 100-1000 times better than a human's, depending on the breed. A dog can sense an angry or so-called "bad" human by their increased heart rate and blood flow because of chemicals that are emitting through our skin's surface; likewise, they can also sense true happiness in humans.

Amazing creature - thy name is dog! Did you know A dog can even smell pheromones that evoke a human's mood? Dogs also pick up on physical cues of humans - both shifty behaviors or happy behaviors. They are both easily picked up by dogs.

Training your dog to sense good in people

This is a tough one because as we have learned, dogs pretty much have this instinct that we humans do not possess. If you want to ensure your dog is an expert on this instinct, here are some tips on how to train them.

If your dog correctly identifies a person as good, reward them with a treat. If a dog correctly identifies a person as bad, reward them with a treat. Dogs are reward driven. After the reward phase, try some non-verbal praise like a quick cuddle or pat; then some verbal praise. Dogs just aim to please us. If they know you appreciate their efforts, they will work even harder to live up to your appreciation.

If a dog senses fear or anger in someone, they will instinctively protect you, their person. If your dog is glued to your side while staring daggers at the person exhibiting abnormal or unfriendly behavior, chances are they know someone is not happy.

If your dog senses an open, warm and friendly human is before them, their body language is not stiff, they are relaxed and happy. A dog can mirror bad energy of their person, just as they can mirror good, calm, and relaxed behavior cues from their person.

Whenever you notice your pup doing doggy detective work as to good or bad people in your life, a big old hug, belly rub, a special treat, a trip to the dog park or a super-special quiet time on the couch - just the two of you is a perfect reward. They only want to please us; we just need to be more attentive to their cues. Try to surround yourself with positive, friendly people; your dog will thank you for it!

How to react when your dog is letting you know someone is good. 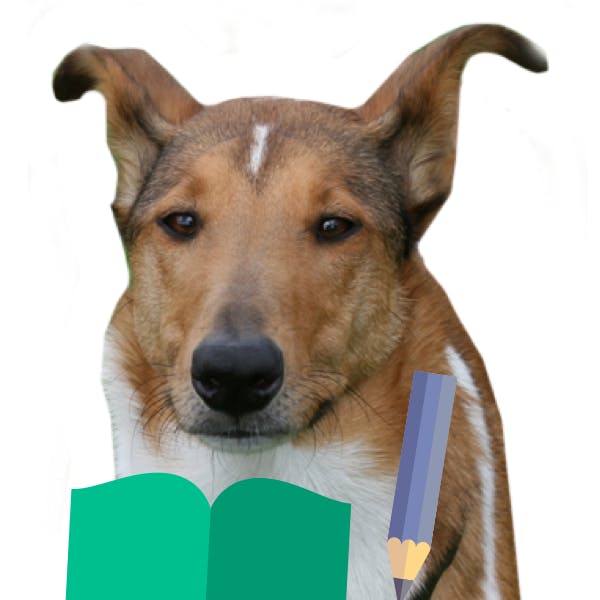