How to Pet Your Cat the Right Way 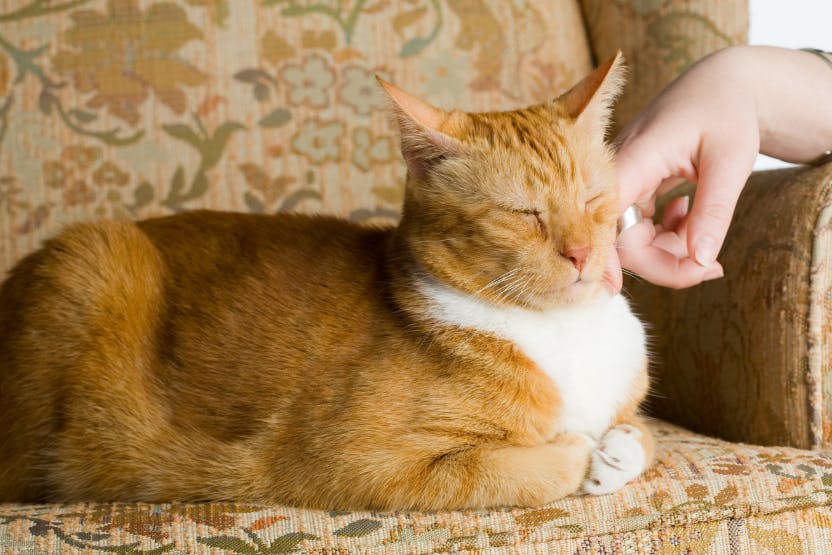 Have you ever been bitten or swiped at by a cat while you were petting them? They seemed to be enjoying the attention just a second ago, so what happened? You may chalk it up to your cat being weird or mean, but it’s more likely that you weren’t petting them the right way—and you missed the signs that they didn’t like what you were doing.

Despite being domesticated thousands of years ago, cats haven’t undergone major evolutionary changes and are thus still wired to think and act like their ancestors. Wildcats prefer to communicate indirectly and at a distance, which probably explains why some house cats have a dislike for touch.

How not to pet a cat

As humans, we’re drawn to infantile physical features such as round faces, small noses, and large eyes. Hence, many of us think cats are cute and automatically want to pet and cuddle them upon laying eyes on them. For us, it’s a natural way of showing affection. For our feline furiends, however, it can be overwhelming and unwelcome.

So is there a wrong way to pet a cat? Quite a few, actually. Just like us, cats have boundaries when it comes to personal space. Here’s what not to do when interacting with a feline:

Some cats will make it clear that they dislike being petted by biting your hand or batting it away with their paw. Others will tolerate unwanted physical attention, but it doesn’t mean they’re having a good time. It’s important to watch for signs of tension when petting a cat. These include:

How to pet a cat the right way

Research shows that cats tend to spend more time interacting with humans if they were the ones who initiated the interaction. So in order to successfully make friends with a feline, you want to let them “pet” you instead. This means giving them choice and control during the interaction.

Let the cat choose whether they want to be petted or not, and allow them to communicate where they want to be touched. If a cat has no interest in being petted, respect their boundaries and move on. When interacting with a cat, keep the following in mind:

Whether you’re interacting with your own furbaby or a tabby you’ve just met, petting a cat is all about asking permission and being respectful. It's important to know what to look for in the cat's body language to determine if the cat is comfortable being touched. Signs that kitty approves of what you’re doing can include:

Successful interactions with our feline friends require a bit of self-restraint and respect for boundaries. It you pet your cat the right way. they may just ask you for more attention!

Got more questions about your cat's behavior? Chat with a vet expert to get answers to your cat's quirks, health and more!