How to Protect Your Dog from Mountain Lions 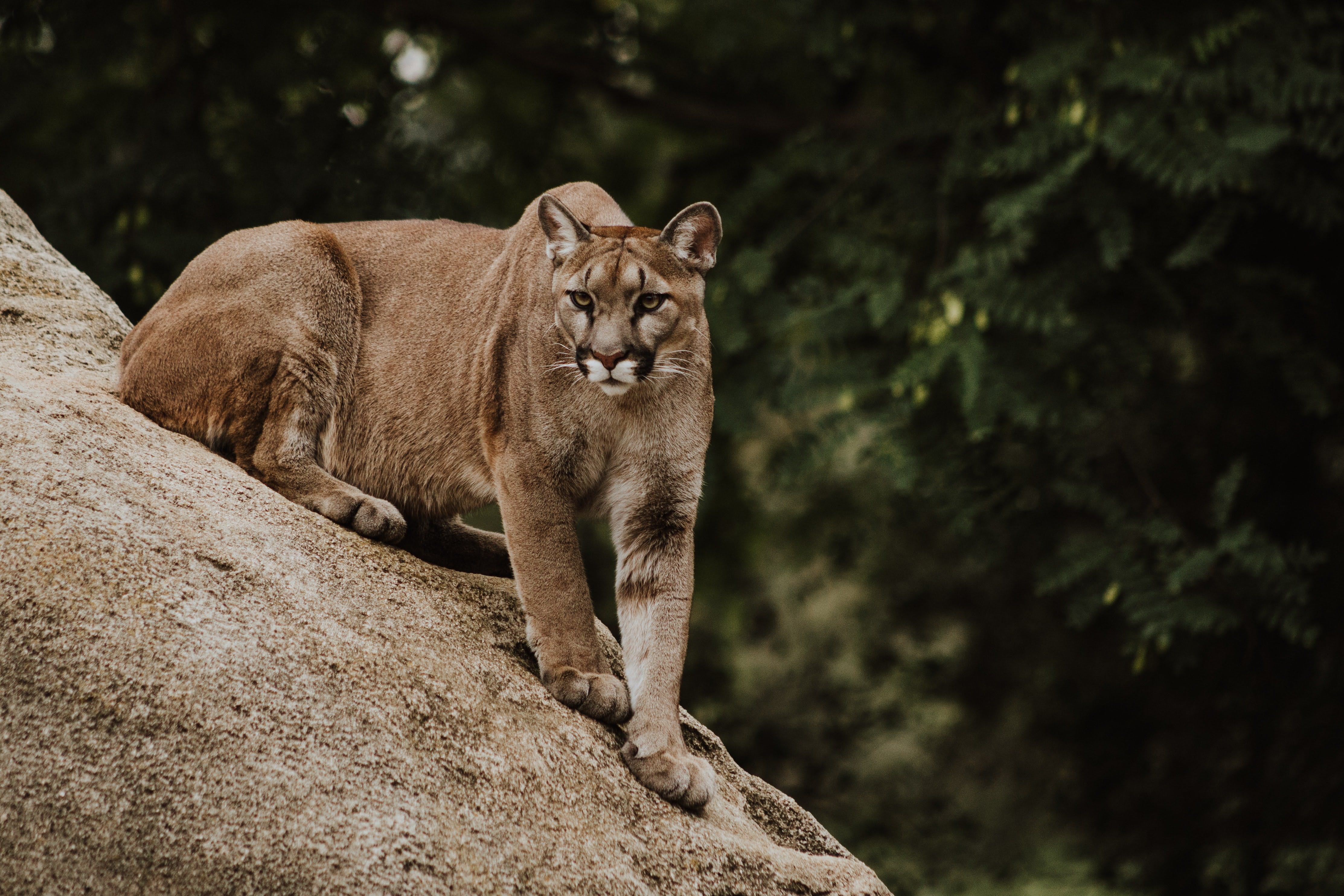 Sometimes referred to as “the cat of many names,” mountain lions are also known as cougars, panthers, pumas, and more. It is estimated that the current population of these big cats in the United States is between 20,000 and 40,000. While encounters are rare and the chance of an attack is small, mountain lions are powerful creatures that can weigh up to 180 pounds and could cause serious injury to a person or a dog. Hence, it’s important to know how to protect yourself and your canine companion from these animals, especially if you’re visiting or residing in mountain lion country.

Where do mountain lions live?

Mountain lions have the widest range of any living mammal in the Americas and can be found from the Yukon in Canada to the Strait of Magellan in Chile. These big cats used to roam throughout the United States, but populations have declined drastically over the decades due to hunting, habitat loss, and other threats. Today, mountain lions in the US are only found in 15 western states and Florida in the east. For California specifically, about half of the state is prime mountain lion country.

Mountain lions are highly adaptable animals, inhabiting any environment that provides shelter and prey, including mountains, deserts, forests, and wetlands. Solitary and territorial, they have naturally low population densities, requiring large areas of habitat to thrive.

While it is possible for mountain lions to attack dogs, it is not a common occurrence. According to the California Department of Fish and Wildlife (CDFW), it is “not typical” for the agency to receive reports of lions attacking dogs. However, it does “occur occasionally” when canines are left outside at night or if a dog is aggressive towards a mountain lion, in which case it is normal for the latter to defend themselves.

The CDFW also states that mountain lions generally try to avoid people. A study in Southern California found that lions in the vicinity of a heavily used park did not approach or exhibit aggressive behaviors towards people, and that park goers were unaware of the lions’ presence despite them being only a few feet away.

If your dog gets into a fight with a mountain lion, they will likely sustain bite injuries that may require stitches or surgery, depending on the severity of the attack. Mountain lions usually target the head and neck, but other parts of the body can also get injured.

In early November, a Pit Bull mix from La Verne, California, suffered multiple puncture wounds all over his body after chasing a mountain lion away from his family’s property and had to get 30 stitches.

The vet bill for a mountain lion attack depends on the treatment your dog will need as well as  your location. Stitches typically cost $100 to $300, while surgery can set you back around $2,000.

Protecting your dog from mountain lions on the trail

Though it’s unlikely that you and your pup will encounter a mountain lion while hiking, it’s always a good idea to be prepared before you set off. Here are some tips for staying safe on the trail.

Protecting your dog from mountain lions at home

If you live in or around mountain lion habitat, here’s what you can do to keep your canine companion safe at home.

How Expensive Is Doggy Daycare in New York?

How Expensive Is Doggy Daycare in San Diego?

What Are Dog Board and Train Facilities?

How Expensive Is Doggy Daycare in San Francisco?

How Expensive Is It to Own A French Bulldog?

Can You Buy a Puppy and Have Them Shipped?

How Do I Care for Newborn Kittens?

5 Reasons Why Your Cat Is Not Eating

How Expensive is It to Own A Goldendoodle?

How Long Does it Take for Puppies to Open Their Eyes?