10 Signs of Animal Cruelty and What to Do About it 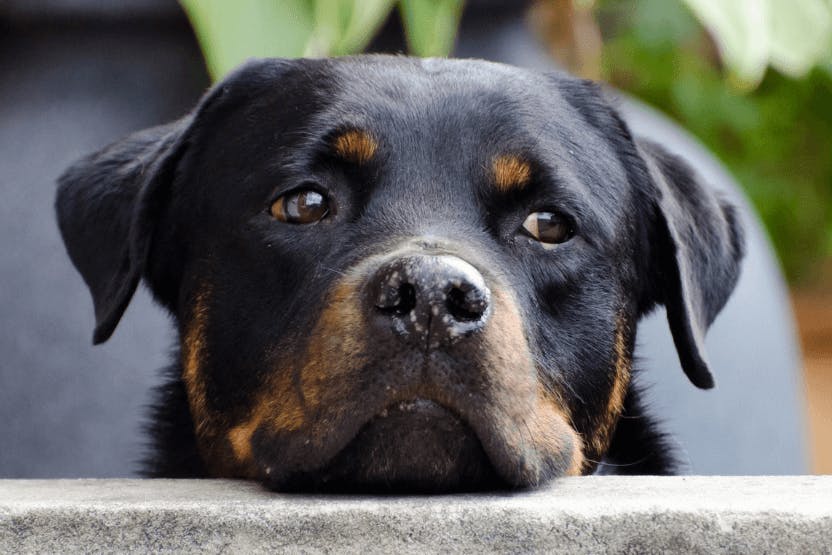 While most of us are appalled at the notion of abusing any animal, let alone our own fur babies, the reality is there’s a need for attention to this intolerable issue. It’s estimated that about 20 million dogs and cats are victims of animal cruelty every year in the U.S., although this number could be much higher since many cases don’t ever get reported.

Recognizing evidence of cruelty when we see it is an important first step in advocating for abused dogs, cats, and other animals, and there are many signs that can alert us to an animal in trouble. For Prevention of Cruelty to Animals Month this April, we’d like to shed light on what animal cruelty means, how to spot it, and what you can do to help stop it.

What is animal cruelty?

While several states have their own animal cruelty laws, there’s been little on the federal level to address animal welfare outside of livestock and wild animals. However, the legal definition of animal cruelty includes the intentional torture, beating, confining without access to food, water or shelter, forcing to fight, or killing of an animal, as well as unintential neglect by failing to provide the basic necessities. States, counties, and municipalities each have their own definitions of cruelty within laws that carry penalties, which are usually how cases of abuse and neglect are prosecuted.

The most prominent type of cruelty is neglect. Neglect can be committed by an animal’s owners, puppy mills, kennels, and others who have a responsibility to provide shelter, food, water, and medical care to an animal. Animal abuse resulting from neglect may also be found among hoarders who can extend their hoarding of objects to acquiring more animals than they can care for. The average number of animals rescued from a single hoarding situation is 40.

Abuse involves the intentional torturing, injuring, or killing an animal, though exclusions under the law include killing wild game and farm animals raised for food, but even these animals have regulations on how they should be treated. Prosecutable cruelty can also be depicted online, within television or movies, or from dogfight pits. Abuse can also arise from an attempt to control a pet, wherein the abuser manipulates their pet by threatening cruelty or actually abusing them.

Animal cruelty occurs at every level of society, and there’s no one kind of person who can abuse or neglect. Rather, cases of animal cruelty are often discovered based on observed situations or conditions of an animal that alerts someone to a possible issue. Let’s take a look at what some of these may be.

There are many kinds of signs that can alert us to a potentially abused or neglected dog or cat. Some can be environmental, such as animals in cramped cages that are too small for them or tethered in direct sunlight without any water or shade. Others are usually physical, including the appearance of an animal that can indicate neglect or abuse. And in some cases, an overheard conversation about abuse or neglect may be the tip that saves an animal in peril.

We’ve compiled a list of the top 10 signs of animal cruelty to look for and recognize. Investigating and taking action when you see one of these signs just may save a life.

While an animal may become emaciated because of an intestinal parasite or serious illness, a properly cared for pet will usually have signs that it is being nursed back to health, such as a loving, protective guardian, clothing or blankets to keep warm, and access to nourishing food and water. What we mean is a dog or cat who is looking scrawny or sick, and whose muscle and fat has deteriorated to such a point that their skin hugs their bones and may even be sunken in between them. Visible bones, such as all the ribs, are highly indicative of neglect.

#2. Evidence of a too-tight collar

A collar that’s too tight can cause neck wounds such as cuts, scabs and even trouble breathing. In cases where the collar hasn’t been adjusted as a dog grows or is too tight for too long of a time, it can even become embedded in the skin.

Dogs that have been used for fighting or are being abused by their owner will usually bear wounds or bruising, or may have scars or scabs from old wounds.

#4. Weakness, limping, or an inability to stand or walk

Animals with these signs may be severely abused to the point of serious injury. Seeing a dog who’s clearly disoriented or severely drowsy may indicate neglect or outright physical abuse.

Matted hair, overgrown nails, or a dirty coat may all indicate neglect. For some pets whose grooming has been neglected a long time, they can also develop skin, eye and ear infections, or even infections in their paws as their nails break off.

An infestation of fleas, ticks and other parasites can lead to skin rashes, hair loss, constant scratching, or obsessive body rubbing on objects or the ground. Frequent head shaking may also be a sign of parasites or infections in the ears. For an animal that has a severe infestation, they can also become emaciated and weak.

#7. Seeing a dog spending long periods of time outside alone

Some dogs love romping in the rain and snow, but a restrained pup shivering without a warm place out of the elements, lying in mud or their own feces, or panting from overheating without any clean water in sight are examples of abuse, especially during prolonged heat spells or freezing cold temperatures. And if that animal doesn’t move from that spot day after day after day, that’s a clear sign of neglect.

Neglecting to provide a safe environment is a cruel form of abuse. Animals who are exposed to their own feces, amid broken glass, garbage, or other harmful objects, or to dirty, parasite infested areas are not being cared for properly. This can be outside in a yard, or indoors in an unsafe environment. This can often be seen in hoarding situations where animals are trapped inside a home filled with mice, rats, spoiling food, bug infestations and their waste which can make the air toxic to breathe.

#9. Spoiled or lack of food and water

Providing clean food and water is a basic responsibility for a pet owner. Failure to do so is neglectful and abusive. Without clean water or healthy food, dogs and cats will become sick, malnourished, and eventually die. Any animal who doesn’t have access to these two necessities, or only has access to dirty water and spoiled food, is being neglected.

Observing a person beating, kicking, or otherwise physically harming an animal is a sign of cruelty. Hearing a dog yelping or a cat screaming, or someone behaving strangely with an animal should be cause for alarm.

Seeing any of these signs can be an indication that an animal needs help. But what do you do if you suspect abuse or neglect?

What do I do if I see signs of cruelty or abuse?

Signs of animal cruelty should never be ignored, and it’s up to us to be the voice of these abused and neglected animals. So, what can you do to help?

If you see something that may be abuse or neglect:

State and federal officials, and several organizations are trained to respond to such reports, and have the legal right to do so. Contact one or more of the following agencies to get help:

If you observe a person severely harming or killing an animal, or engaging in dogfighting, federal authorities should be contacted. The FBI has taken a leading role in enforcing federal animal cruelty laws. The FBI is especially interested in dogfighting incidents, a federal offense that often correlates with other crimes involving violence, guns, money-laundering, illegal gambling, and drugs.

Reporting an incident or evidence of animal abuse can be tricky, especially if a pet’s owner or caretaker is a family member, friend, or colleague. Confronting them or communicating with the proper agencies can cause strain in that relationship which may make you reluctant to report it. If this is a concern, consider submitting an anonymous tip to relevant authorities.

While not all unhappy-appearing dogs and cats are victims of intentional abuse or neglect, it’s always a good idea to look and think twice. Pets rely on humans for their health, happiness, and safety, and if the people responsible for them aren’t providing it, we must advocate for them.

If you have more questions about animal cruelty chat with a veterinary professional today to get the answers.