5 Heartwarming Rescue Stories to Start Off Your 2022 Right 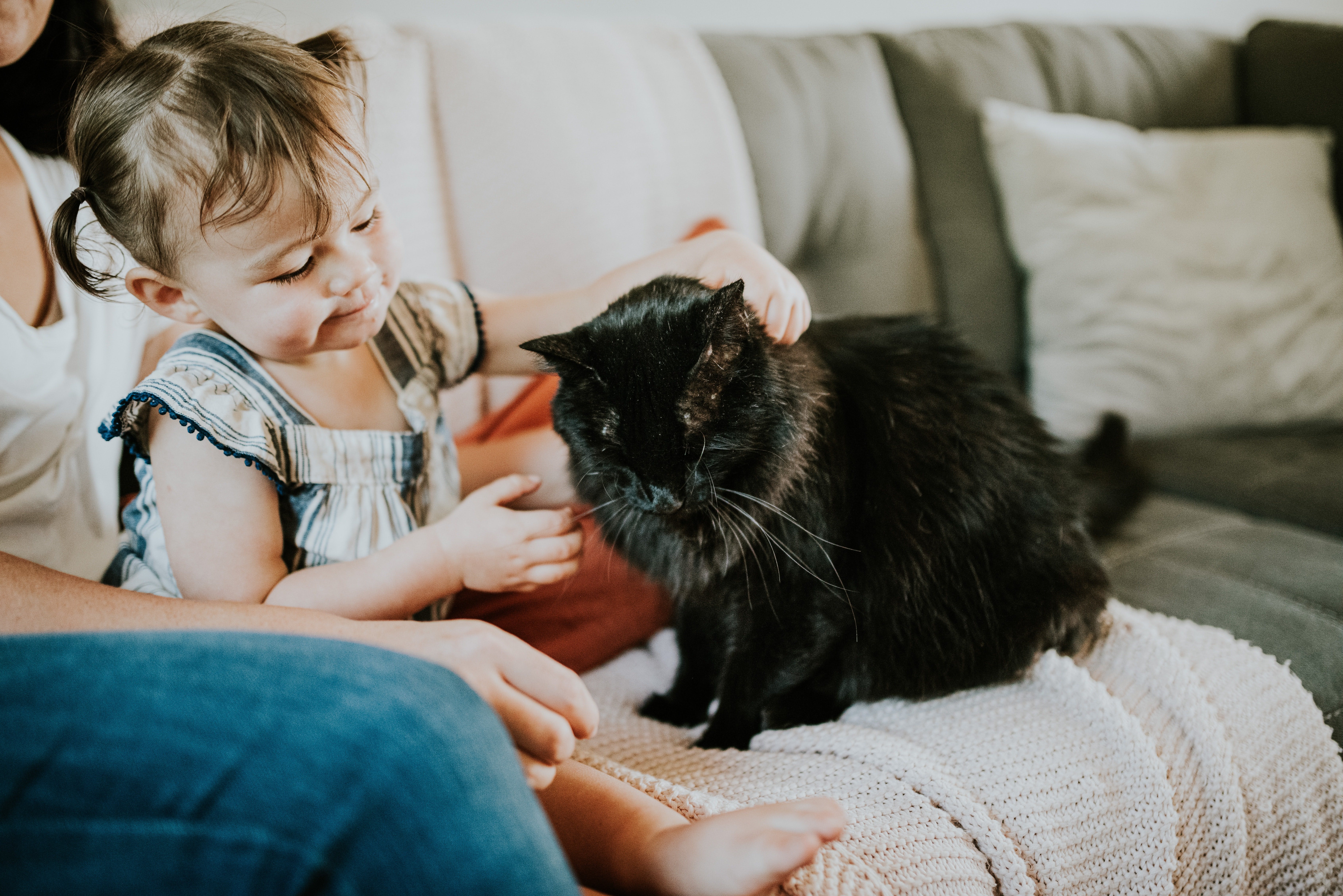 Let’s face it- the last two years have been challenging, to say the least. And as we head into 2022, many of us are looking forward to new adventures, new healthy habits, and for some, new pets to add into our lives.

No matter what you have planned for this year, start it off right with these inspiring stories of recent animal rescues that go above and beyond! We’ve got flying puppies, best pup-furiends and pipe-diving kitties, so buckle in and be prepared to have your heart melted!

When Russ, a 3-year-old Pitbull mix, got lost in Lake Tahoe in August of 2021, his owner was devastated. He searched for Russ, and alerted animal officials, but the Caldor Fire was raging over 220,000 acres and forced him to evacuate. When Russ didn’t turn up, his owner, a traveling nurse, had to leave the Tahoe area for a job, and sadly assumed that his pup was lost for good. But then, a miracle happened.

A skier in Tahoe spotted the dog buried deep in the snow in the Sierra Nevada mountains in December, where he was growling and unable to move. After posting pictures of the pup to Facebook, the rescue group Tahoe PAWS and TLC 4 Furry Friends rushed to the dog’s rescue!

These rescue experts geared up with snowshoes to contend with five feet of recent snowfall, dog rescue equipment and a sled, and tracked the dog up the mountain in sub-zero temperatures. When they finally found him under a tree, Russ was still at first and didn’t move, but rescuers rejoiced when he opened his eyes.

Gently, they placed him on a sled atop a rescuer for warmth, and started a slow, two-hour trek down the mountain in the dark. Luckily for Russ, not only did his owner report him missing, but he also had the dog microchipped which help lead investigators to him. Needless to say, Russ’s reunion with his owner was furbulous!

When Derek and his girlfriend adopted Dexter from their local shelter, they thought they were just getting one Pitbull. Dexter and Derek were immediate friends, and spent many days playing outside and cuddling together.

After a while, though, Derek noticed a stray Pitbull who’d come into his yard and play with Dexter. Hesitant at first, Derek soon saw how sweet and playful the new dog was, and that he and Dexter formed an instant connection. Whenever Derek and Dexter were outside, the dog was sure to show up to greet them, ready for a play session. But there was a problem- the new dog didn’t have a collar and Animal Control was on the lookout for strays!

Derek was determined to make sure his dog’s bestie didn’t end up in the shelter, so he put a collar on him and found the dog’s owners who lived just two doors down. Despite Derek’s warning to them about keeping the collar on, the dog was seen without it the next day, and soon disappeared.

Wracked with worry for his dog’s best friend, Derek couldn’t put the dog out of his mind. Determined to save him, Derek finally found him in a shelter, scared and frozen. He adopted Doakes on the spot and brought him home to be reunited with Dexter. Soon after, they put the house up for sale, and moved the pups to a new home in the country with plenty of space for them to run and play!

Jennifer Smith could see the love in her patient’s eyes when he talked about his precious furbaby. John had suffered a stroke a year before, and had been attending the Grand Rehabilitation and Nursing facility in Rome, NY on an outpatient basis where he had gotten to know Jennifer and talked about his furry bud often. But when he fell ill with pneumonia and had to be hospitalized, his dog Boomer had ended up at the local shelter.

John didn’t have any family in the state, so when he wasn’t there to take care of Boomer, the 12-year-old dog found himself behind bars. On the Monday after Thanksgiving at 7 AM, Jennifer received a phone call from John who was beside himself with worry. “Boomer’s in the pound!” She knew she had to step in.

She searched the local shelters for the dog, and when she found him, she realized that though she had heard all about him for months, he didn’t know her. Boomer is a small mixed breed dog, weighing only 18 pounds, and had no reason to trust Jennifer. But he must have sensed she was there to save him, and came right over for a lick.

Jennifer adopted Boomer right then, and surprised John on the day of his hospital discharge by bringing Boomer to work where John would be staying for rehabilitation. When John saw his pal, he burst into tears! Today, Boomer lives with Jennifer and visits John regularly, and has become a mascot for the program with his sweet and lovable pawsonality.

When rescue group Hope for Paws heard about four kittens who were living in a pipe under a construction site, they sprang into action! Armed with cages, crates and rescue equipment, they headed out to find the tiny felines hidden in a 36-foot-long pipe that spanned several floors of the building under construction.

Getting the kittens out proved to be quite challenging, as the pipe had a sharp 90 degree turn after the first 10 feet, then descended down another 24 feet! The rescuers didn’t want to cause the kittens to fall down the pipe, so they used a telescoping camera and guided a rope through the pipe to the other end. Then, they tied a blanket to the rope, and hoped to pull the blanket through to push the kittens to the top of the pipe where they would grab them. Unfurtunately, the scared kittens pushed themselves away from the blanket, allowing it to pass by them and exit the pipe without them.

Next, rescuers ran fiberglass fish tape through the pipe and attached a rubber ball to the other end in hopes the ball would better push the kittens toward their waiting arms at the top of the pipe. Gently, they pulled the ball through toward the kittens, and soon, the rescuers got the first kitten out! A little more pulling, and number 2 and 3 were pulled to safety. Just one more was left.

Suddenly, cries of despair and pain came out of the pipe! The ball had gotten wedged between the kitten and pipe and was pressing on his lungs! They tried to pull from one end, then the other, but the rope broke, and everyone held their breath. Unsure if it would kill him, the rescuers had to pull the ball through past the kitten as he was pinned and having trouble breathing. It worked, and once they thread the line back through the pipe and reattached the ball, they managed to get this little guy out purrfectly unharmed!

Miraculously, all the kittens and their mother, who was caught later that day, are healthy and recuperating at the Kitty Bungalow while waiting to be adopted! You can watch the daring rescue here!

When Cassandra Dianna Marie posted her clips of a plane full of puppies on her TikTok account in September 2021, anyone who saw it had to take a pause. Pawdorable puppies filled every nook and cranny of the small passenger plane, and covered the volunteers who were taking them to their new lives!

Cassandra is just one of a group of volunteers from Alabama Puppy Rescue Flights who transport puppies from shelters and rescues throughout Alabama, which experience a high level of overcrowding, to Central Florida where they are more able to be adopted. But this particular flight was one for the books!

Twenty-seven puppies of all breeds, colors and sizes were rescued from a high kill shelter in Alabama and stuffed into the small plane with three volunteers and a pilot. To fit all the puppies in, they had to consider weight and left behind a lot of essentials, including crates for the dogs and waters. The puppies were laying everywhere, covering the rescuers, climbing over each other and gazing out the window as they undertook an adventure of a lifetime!

Though the flight only took 40 minutes, Cassandra reassured viewers that the pups got some exercise before boarding, and that they remained at a puppy-safe altitude at 7,000 feet. Best of all, each and every pup you see in the videos has been adopted! And that big German Shepherd in the back? This high-flyer is giving back and currently training to be a police dog!

Many rescue organizations contributed to this pawsome pup-flight rescue, including Florida based Save a Life Pet Rescue, Abby’s Rescue, and Open Heart Rescue, as well as Pilots and Paws.

But that’s not all! Check out Alabama Puppy Rescue Flights for updates on more furtastic rescues!

Got a furvorite rescue story of your own? Share it with us in the comments below!