Can Cats See in the Dark? 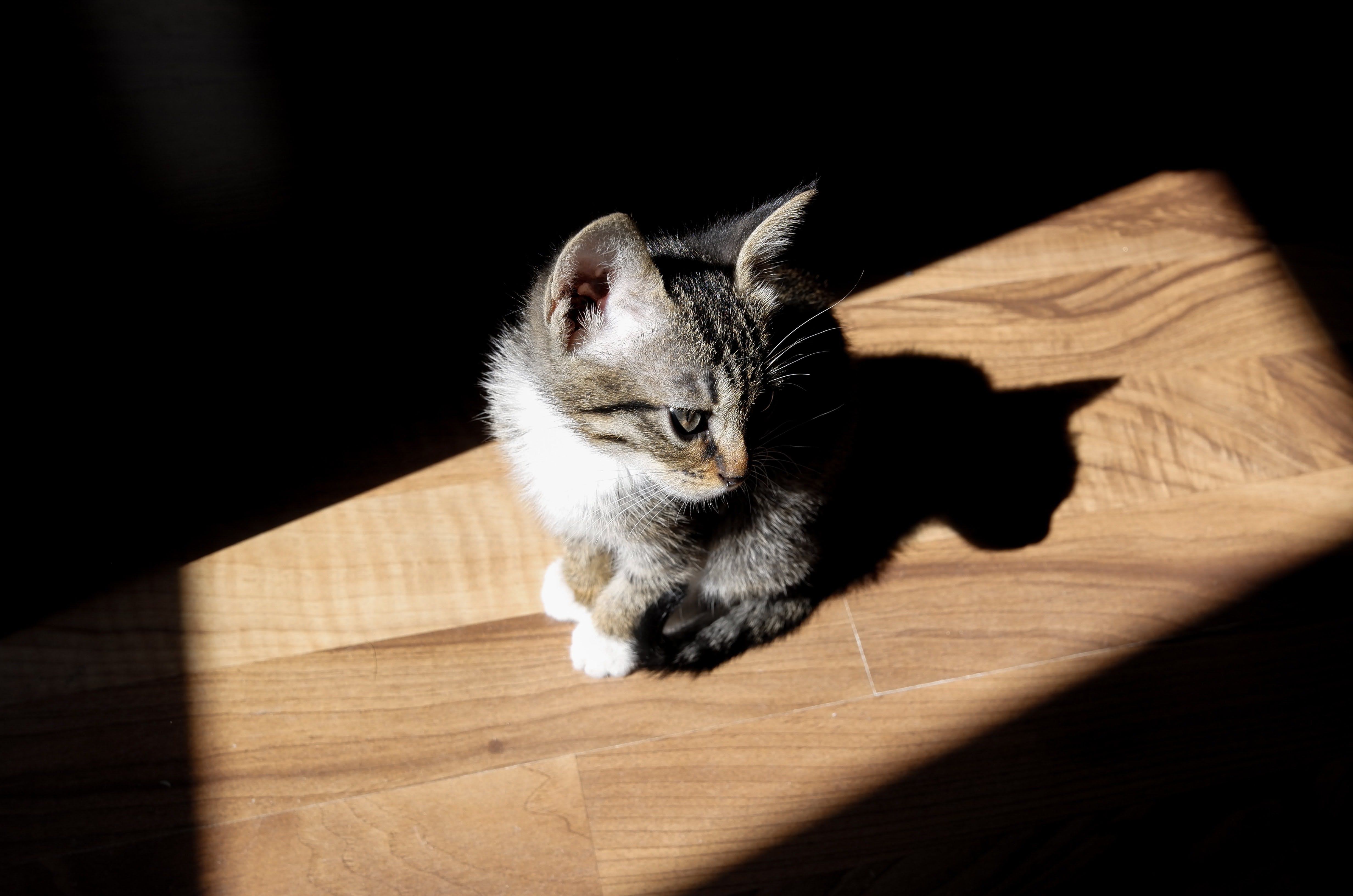 Anyone who loves a cat knows there’s more to them than just playing and sleeping. Full of love for their pride, and always ready to hunt and pounce, domestic cats have retained a lot from their wild cat cousins, even if they do often resemble cuddle monsters!

If you share your home with a cat, you may also have noticed their night-time habits. While cats aren’t nocturnal, they are crepuscular, meaning they are most active just before dawn and right after twilight, which may be why your cat wakes you up before your alarm does! Even so, many cat owners have noticed their furry pals slinking off into the neighborhood at night, or roaming the house in darkness with ease, which may have led to the myth that cats can see in the dark.

Is it true? Do cats have built-in night vision? Well, not exactly, but they can see better in low light conditions than we can, and it all has to do with how a cat’s eye is constructed.

In any kind of eye, light passes through the lens into the pupil, the black center of the eye that constricts or dilates to change the amount of light that enters. The light then hits the retina in the very back of the eye, which is a light-sensitive layer that uses two kinds of receptors to translate what it is seeing, cones to detect color and rods to detect light. Then, the images and light are sent to the brain through the optic nerve.

But a cat’s eye differs from a human’s in several ways, which directly cause them to see the world differently.

In fact, if you’ve ever looked into a cat’s eye, you’ve noticed that their pupil is rarely round, and usually resembles a vertical slit. This adaptation allows the pupil to change size much faster, and open wider than a human one, and paired with a larger cornea, allows more light into the eye.

Second, a cat’s retina has a lot more rods than we do, up to eight times more. Since rods are more sensitive to low light, cats can see better and sense more motion in darker conditions.

Then there’s the cat’s secret weapon, the tapetum lucidum. This “mirror” is an extra layer behind the retina that reflects the light out to give it a second chance to hit more rods, thus increasing the chance the light will be perceived. If you’ve ever seen that greenish-gold glow when you shine a flashlight into your cat’s eyes, that’s the light bouncing back from the tapetum lucidum.

These three factors are what allows a cat’s eye to capture more light and see better in the dark than we can, but they still can’t see in complete darkness. There needs to be some light to enter the eye. What’s more, these specially designed eyes are placed on the head in such a way that gives cats a wider field of vision than humans to help them spot prey, furthering their advantage in night-time escapades.

But if you think cats have it better, there are a few things they are worse at than us. For instance, they lack the muscles in their eye that change their lens shape, which means they don’t see in as much detail as we do. And unlike our eyes which can see near or far, cats can’t see close objects as clearly and do better at a distance of two to three feet away.

Cats also have far fewer cones in their retina, which limits the varieties and richness of colors they can perceive. Experts believe they can’t differentiate reds from greens and see mostly in grays, blues, and yellows. Don’t feel too bad for Fluffy, though, because new research suggests that cats may be able to see ultraviolet colors we can’t!

There's one more adaptation cats have to help them navigate the dark, and it isn’t in their eyes. Those whiskers you’ve admired on your kitties face aren’t just for cuteness!

Each whisker is connected to a nerve that is built to notice even the slightest movement. They also grow out to be the same length when extended as the width of the cat’s body, and they use these whiskers to help sense their surroundings. While these nerve detectors can alert a cat that a hole or crawlspace may be too small for them to fit in, they also serve to detect objects they may not perceive in the dark, such as toys, walls, or plants, before they bash their head into them!

Nature has made sure that your furry feline is pawfectly adapted to see in almost complete darkness, which helps them to survive in the wild, or your living room while you sleep.