How Do Dogs Get Selected for the Puppy Bowl? 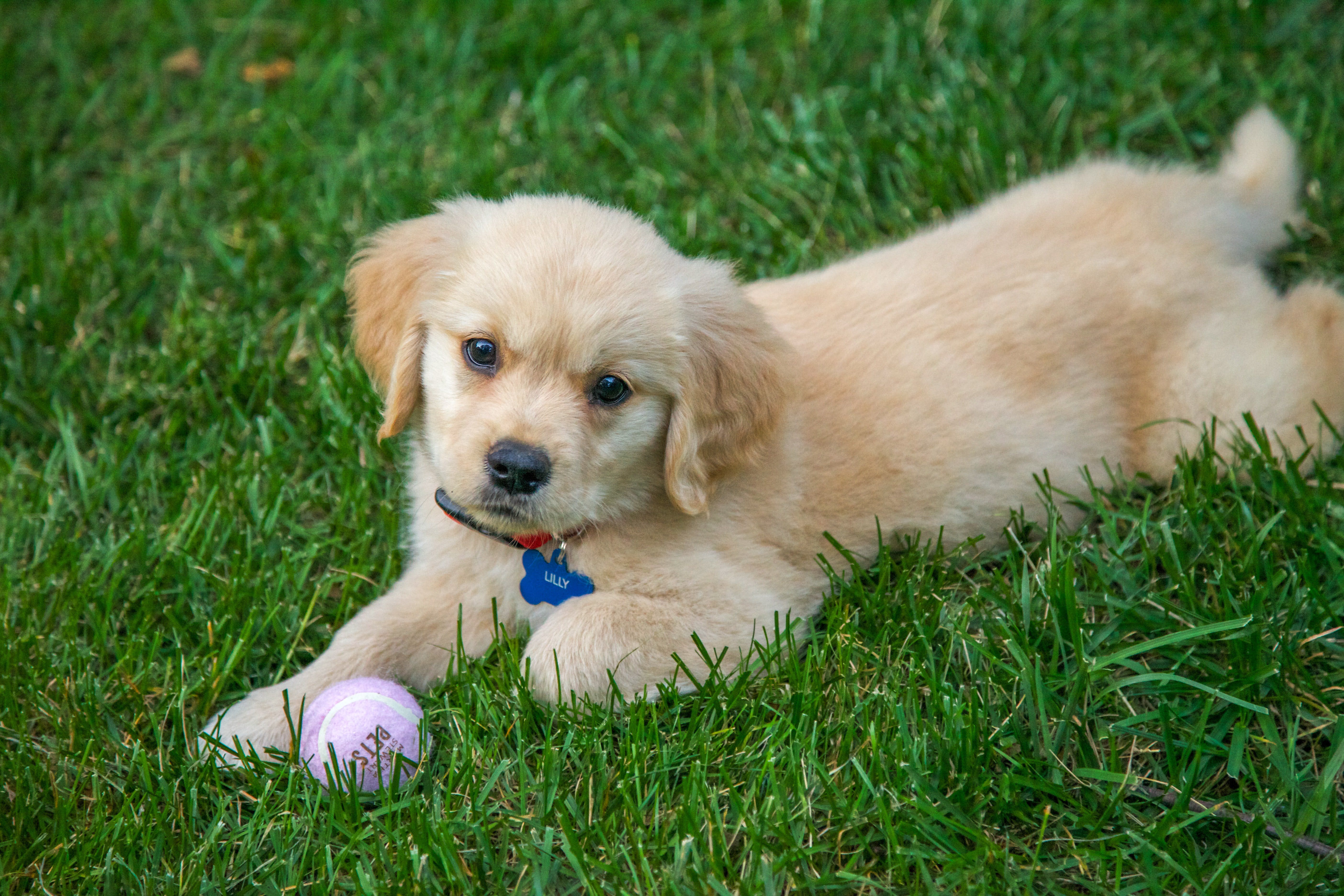 It’s almost here: Super Bowl Sunday! Football fans can hardly wait for the big game! But if you’re a football AND puppy fan, (and who isn't?), you can satisfy your need for gridiron action twice in one day! On February 13th at 2 PM, tune into Puppy Bowl XVIII! With 118 adorable puppies participating, the Puppy Bowl is going to be barrels of fun.

The Puppy Bowl’s goal is to raise awareness about dog adoption, and in its 17 years, more than 300 competitors have found their fur-ever homes through their exposure in the event. Coming from 67 shelters in 33 states, these baby pooches meet in a puppy-sized 10- by 19-foot stadium to compete for fame, honor, and a chew toy! Multiple cameras catch their every adorable move as they cavort, tug, and roll around the field! The team that carries or drags the most chew toys across either goal line wins! The captain of the winning team takes home the chewable "Lombarky" Trophy, and the player with the most pizzazz during the game is declared MVP!

As in NFL football, calling penalties keeps everyone honest. Any pups engaging in unnecessary ruff-ness, pass inter-fur-ence, or premature watering and fertilizing of the field are taken out of the game and replaced by second-string fur balls. A human ruff-eree on the sidelines keeps it all moving smoothly and safely. There's even a team doctor in case of on-field boo-boos, and rest periods and water bowls keep everyone ready to go.

What makes these puppies so special? How do they get chosen to play in this game of all games? Let's find out about the athletes and how they qualify.

The fur babies in the Puppy Bowl XVIII come from all over the U.S., including Hawaii, and they include single-breed pups as well as quite a few interesting mixes. Among the cutest are Dinozzo, a Basset Hound/Shih Tzu mix, a Chihuahua/Dachshund named Maisie, and a Golden Retriever/Chihuahua named Wes.

The captain of Team Ruff is a French Bulldog named Moby. Behind a calm and somewhat intimidating stare, this cream-coated quarterback aims to repeat the team's win from last year with great footwork and persistence. He faces Captain Dinozzo of Team Fluff in a head-to-head and tail-to-tail battle for the "Lombarky" Trophy.

One of the smallest but no less fierce competitors this year is Wilbur from Team Ruff. This pup's cuteness will charm and disarm opponents and viewers alike. But don't expect Wilbur to cower in the corner – this Chihuahua and Fox Terrier mix has inherited his breeds' brave heart and obstinate focus, and he'll be in the middle of the fray. Another Ruff teammate is Tayce, a Siberian Husky/Chihuahua combo with one brown eye and one blue, sure to distract the competition. Don't be surprised if singing and barking are part of their game!

To round out the field, nine of the pups competing for the “Lombarky Trophy,” Most Valuable Pup, and Most Popular Puppy awards are special needs dogs. Irwin is a three-legged American Pit Bull Terrier/Chihuahua Mix, while Ridley is a Border Collie with hearing and visual impairments. Benny, a Poodle rescue from Georgia, gets around on two good legs and a doggy cart. But there's nothing needy about their playful competitiveness.

So how do these top puppy athletes end up playing in Puppy Bowl XVIII, you might ask??

What makes a puppy right for the Bowl?

The Puppy Bowl is a collaboration between Animal Planet and Petfinder, the online pet adoption service. Months before the event, Petfinder reaches out to their rescue and shelter partners to find puppies to take part. Each shelter submits names, photos, and descriptions of the pups', including their history, age and pawsonality. All breeds and mixes can play, and you’ll find many cute-as-a-button contenders.

Animal Planet reviews the information provided, looking for pups that are:

After arriving at a pool of players that meet their criteria, Animal Planet chooses the starting line-up for each team. All of the qualifying fur babies are posted on Animal Planet/Discovery and Petfinder’s web pages, sporting orange bandanas for the Ruff team, and blue for the Fluffs. Visitors to the sites can apply to adopt from the list of candidates, and most of the pups land fur-ever homes before Puppy Bowl filming even begins in November.

Prior to the event, puppies receive training in good manners so they will play nicely with others. Their doggy caregivers and pet parents put them through their paces in preparation for the big day to be sure they're in tip-top shape. Needless to say, this competition has created a lot of top pup athletes that have broken records and kept the antics rolling!

Filming for the Puppy Bowl takes two to three days, and after hours of editing, the show is ready to go on in February on Animal Planet or Discovery+!

Where do Puppy Bowlers come from?

Any rescue or shelter participating in the Petfinders online adoption service can enter one or more puppies in the Puppy Bowl. Some shelters specialize in certain breeds, like Pit Bulls and Basset Hounds, while others rescue any small dogs, large dogs, sleek dogs, and fluffy dogs. Here are some of the rescues and shelters that have dogs participating in this year's Puppy Bowl XVIII:

These are just a few of the 67 shelters and rescues that have sent fur babies to Puppy Bowl XVIII this year! But that's not all! Rescues also contribute the kittens in the Kitty Half-time show, the hamsters who keep score, the cheerleading squad which has consisted of hedgehogs, dwarf goats, bunnies, piglets and ducks in past games, and any other animal mascots or commentators seen in the game, and every one of them are adoptable too!

And while many pups in Puppy Bowl XVIII have found their fur-ever homes, there are usually a handful each year that are still waiting for that someone special come game time! Check participating shelters for your new best pal, and remember that many of the pups also have siblings waiting for their new families too!

Don’t fur-get to tune in and cheer on your picks on Fur-bruary 13th at 2 PM ET on Animal Planet or discovery+!  And vote now for your Popularity Playoffs fur-vorites!

For tips on how to train your new puppy to be the MVP in your family, book an in-home session with a dog trainer on Wag! today!