If Dog Breeds Played Football, What Position Would They Play? 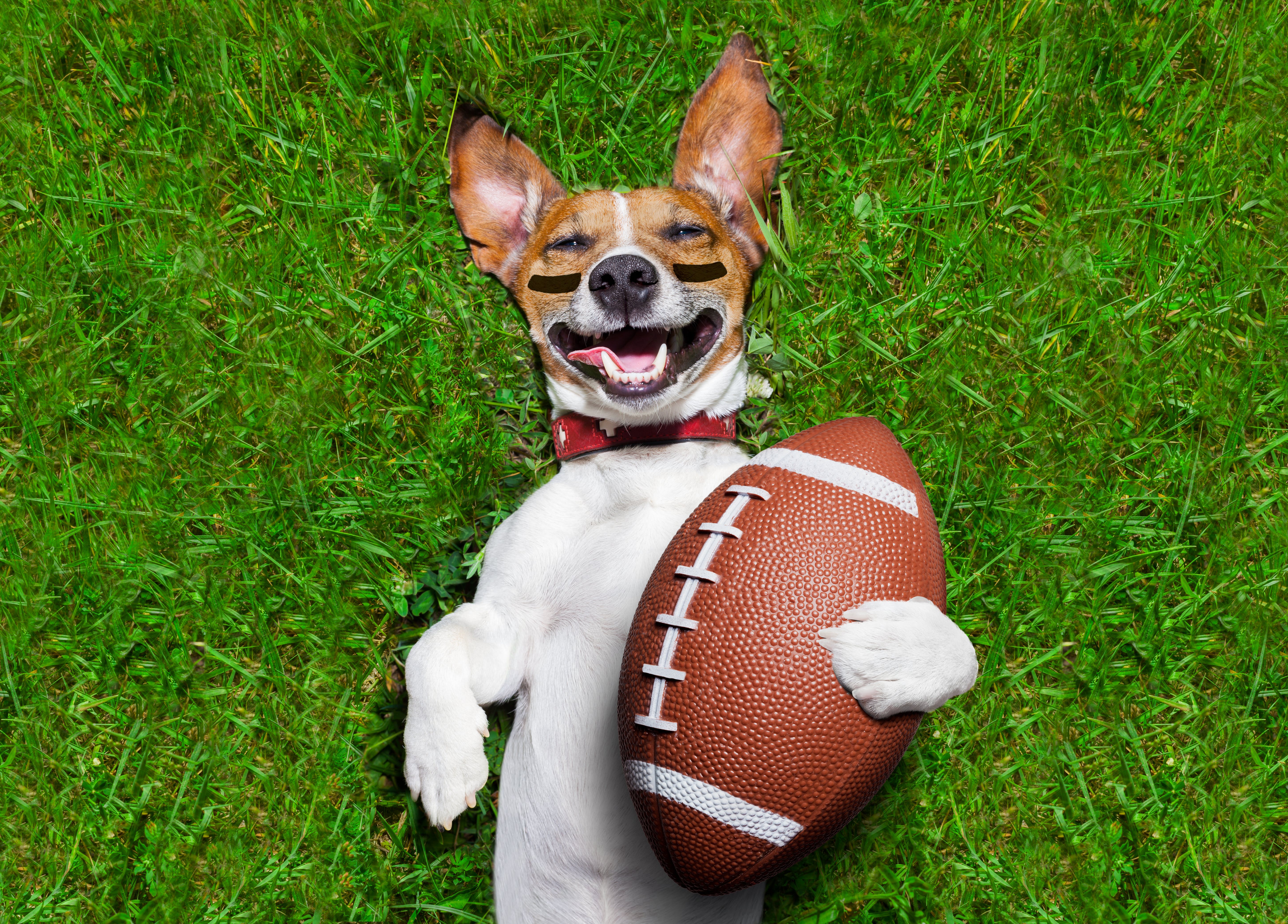 Puppy Bowl XVIII is just a few weeks away, with "ruffly" 50 shelter pups competing for Team Fluff or Team Ruff to see who comes out on top in this adorable canine competition. Pet parents that aren't fond of American football will love watching the Puppy Bowl on Super Bowl Sunday.

While the rules for the Puppy Bowl aren't the same as American football, it's fun to imagine which dog breeds would make the best running back or wide receiver. Think your dog would make the "pawfect" defense? Compare our choices for the best breed for each position in football!

The perfect quarterback is strong, quick, intelligent, and has a rocket of a throwing arm. Kansas City Chiefs’ star quarterback Patrick Mahomes loves Cane Corsos, and we think they might make the ideal quarterbacks. Cane Corsos are highly intelligent, super strong, and surprisingly quick on their feet!

Wide receivers need a safe pair of hands and be able to make a tackle or two. The Belgian Malinois often rank just below Border Collies on lists of the best dog breeds at catch. They're clever and fantastic jumpers, making them popular service animals and police dogs. They're also sturdy and wouldn't be afraid of getting stuck into a tackle.

The best running backs in the NFL tend to be short, strong, and lightning-fast. A controversial choice at running back is a Jack Russell. These stocky little hunting dogs can easily hide behind the offensive line, and they're surprisingly fast, easily reaching speeds of 30 mph when sprinting. Plus, Jack Russells have been bred to hunt foxes, so they would have no trouble getting up after a strong tackle.

Tight ends have a tough job as they need to be all-rounders, mixing the best qualities of a wide receiver, an offensive lineman, and a running back. German Shepherds might just be the Gronk of the dog world. They're explosively fast, reaching speeds upwards of 30 mph. German Shepherds are also among the smartest dog breeds and would be able to read the game well.

The ideal linebacker should be able to run through a brick wall and read an offensive line. So, brains and brawn are key. Tibetan Mastiffs are hulking dogs, with adult males weighing between 90 and 150 lbs. They can be extremely intimidating dogs and are excellent guardians. Tibetan Mastiffs would be superb at keeping blockers at bay.

Offensive linemen have to be tenacious to keep out the opposition's defensive line. They rarely have to handle the ball and are solely focused on blocking defensive players. The perfect dog breed for an offensive line is the Rottweiler. They're calm, confident, and love to be in control, which makes them somewhat intimidating. Rottweilers are very popular guard dogs, so they'd be excellent in an offensive line.

Dobermans are often seen as the counterparts of Rottweilers, and they'd line up great opposite each other on a football field. Dobermans are strong yet sleek, meaning they'd be more than a match for an offensive line of Rottweilers. Whether playing defensive end or defensive tackle, Dobermans have it covered.

Defensive backs are the last line of defense behind the linebackers, needed to make last-ditch tackles and interceptions. So, a high footballing IQ and the ability to read the opposition's quarterback is a must. Anatolian Shepherds are large herding dogs with high intelligence levels and long legs perfect for jumping to intercept a wayward pass. They're known to fend off predators of all sizes and would be the "pawfect" defensive backs.