Our Favorite Book Recs for Gifting -- For Dog Lovers in 2021! 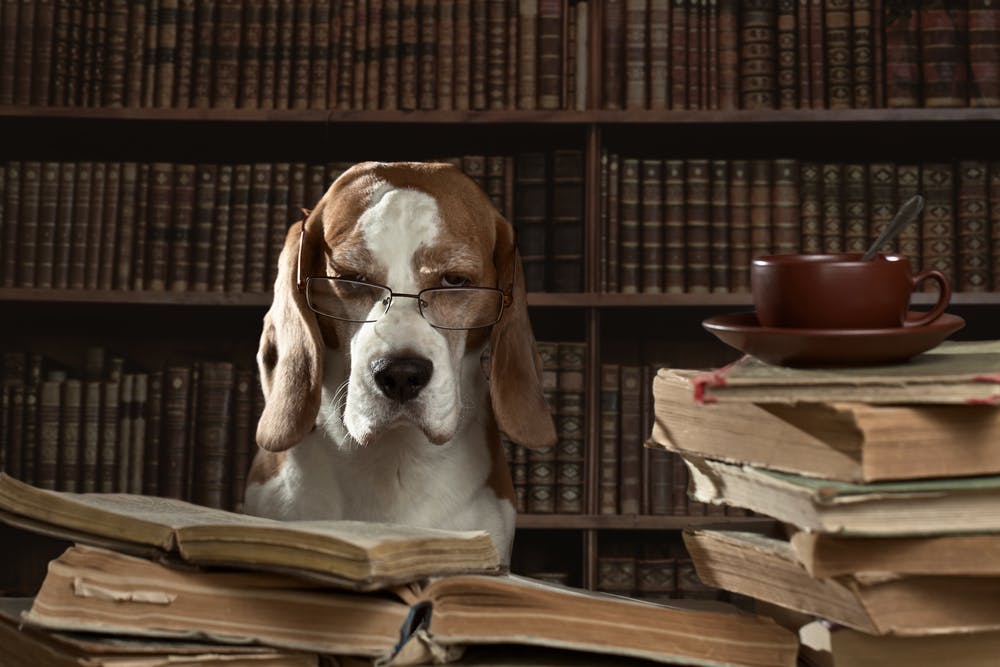 Published: 01/25/2021
Is your best bud a bookworm with an affinity for canine characters? If so, finding the "pawfect" present for their next birthday will be a breeze. You'll find tons of tales featuring pups, from heart-warming true stories to fun-filled fictional adventures. Here are some of the best books to give the "ultimutt" dog-loving pet parent in your life!

"Marley and Me" by John Grogan

No list of top canine dog tales would be complete with the heart-warming "Marley and Me". This true-story follows Grogan and his family's experiences raising their mischievous Labrador Retriever, Marley. The book deals with themes many pet parents will resonate with, from hilarious misbehavior to fitting into the family to a pup's mortality. "Marley and Me" tops many people's list of the best books for dog lovers and shouldn't be missed.

Recently adapted into a hit feature film, "A Dog's Purpose" is sure to have you reaching for the tissues. Told from the dog's perspective, "A Dog's Purpose" follows the life and subsequent reincarnations of a dog named Toby as he learns about himself through his various owners and forms a special bond with a boy named Ethan. "A Dog's Purpose" explores the different relationships humans have with their canine companions and how they help shape the way we view the world.

"Because of Winn-Dixie" by Kate DiCamillo

"Travels With Charley: In Search of America" by John Steinbeck

Authors from around the world have written about their barking buddies, including one of America's most famous writers, John Steinbeck. "Travels With Charley" is about a road trip Steinbeck took with his Poodle, Charley, across the U.S. in 1960. Throughout the book, Steinbeck uses Charley as a sounding board for his thoughts, exploring themes of rapid industrialization, the natural world, and the future. As a result, "Travels with Charley" is a great gift for pet parents planning a road trip with their doggo.

Looking for a classic canine caper your dog-loving pal will enjoy? Eric Knight's "Lassie Come-Home" is about the eponymous Rough Collie Lassie as she makes her way back to her original family after being abandoned in the Scottish countryside. This remarkable story still tugs at the heartstrings and has inspired many authors to write about their four-legged friends.

"My Dog: The Paradox: A Lovable Discourse About Man's Best Friend" by Matthew Inman

"The Call of the Wild" by Jack London

Jack London's famous turn-of-the-century novel is sure to get you wondering about your pup's wild side. "The Call of the Wild" follows a pooch named Buck in Yukon, Canada, who is stolen from his owner and sold as a sled dog during the 1890 Klondike Gold Rush. From being a faithful companion, Buck becomes increasingly instinctual to survive in his new environment. Suitable for all ages, "The Call of the Wild" is an excellent way to learn about your woofer's inner wolf.

"Oogy: The Dog Only a Family Could Love" by Larry Levin

"Oogy" shows that our love for animals comes in all different shapes and sizes. This autobiographical book follows the Levin family as they adopt a former bait dog named Oogy. Missing an ear and badly disfigured, Oogy defies the family's expectations, and despite his turbulent past with humans, falls in love with his new adoptive family. "Oogy" is the perfect book for pet parents who advocate for Bullys and similar breeds.

"Where the Red Fern Grows" by Wilson Rawls

A classic slice of Americana, Wilson Rawls' "Where the Red Fern Grows" will resonate with any adult who wanted nothing more than their own fur-babies as a child. As heart-warming as it is heart-wrenching, this story of a boy named Billy and his Coonhounds Little Ann and Old Dan is a modern masterpiece popular with readers young and old.

Sprinkled with some Walt Disney magic, "Old Yeller" is a story most will be familiar with growing up. The classic tale of a boy and his dog, "Old Yeller" has been warming and breaking hearts since the 1950s. "Old Yeller" makes a great gift for anybody who's seen the movie but never picked up the novel.

Looking for something a bit different? Pick up a copy of "Watchers" by Dean Koontz. Full of suspense and science fiction tropes, "Watchers" features a super-intelligent Labrador named Einstein and his attempts to evade a secret government agency and a creature known as "The Outsider". This canine caper in the vein of Stephen King makes the perfect gift for pet parents with a love of strange stories.

Considered by many to be a modern-day Lassie, "Shiloh" is a favorite among adults looking to revisit their childhood. A coming-of-age story, "Shiloh" follows a boy named Marty and his attempts to keep a Beagle named "Shiloh" away from an abusive neighbor. "Shiloh" deals with plenty of ethical questions making it ideal for kids while also offering plenty for adult readers to enjoy.

J. R. Ackerley's real-life chronicle of his experiences with his German Shepherd rescue Queenie is one of the best accounts of a man and his dog aimed at a grown-up audience. "My Dog Tulip" deals with a pup who's a real terror but whose human loves them regardless and wouldn't change a thing. This book makes an excellent gift for anybody who loves their pupper despite their less-desirable traits.

"The Art of Racing" in the Rain by Garth Stein

Told from the first-person perspective of Enzo, the highly intelligent pet of a racecar driver, "The Art of Racing in the Rain" isn't your average story about a man and his dog. Dealing with themes including reincarnation and terminal illness, "The Art of Racing" in the Rain deals with plenty of ups and downs, with parts that'll make you laugh out loud to others that will bring tears to your eyes.