Can Dogs Be Unspayed?

It is a common practice for dogs and cats to be sterilized at a young age. In female dogs, the surgical removal of the reproductive organs is called ‘spaying.’ Veterinarians recommend the procedure in dogs around 6 months of age, though it is not uncommon for it to take place as early as 8 weeks old, or as late as 2 years in giant breeds. In addition to having potential health and behavioral benefits, spaying prevents a female dog from becoming pregnant.

While traditional spaying involves removing the ovaries or the ovaries and the uterus, tubal ligation is an alternative that simply obstructs the fallopian tubes while leaving the reproductive organs intact. Have you ever wondered if these procedures can be reversed? Can a female dog that was spayed be ‘unspayed’ to produce offspring later in life? Let’s take a closer look at whether or not this is possible!

Signs a Dog May Benefit From Tubal Ligation

Simply put, a dog cannot be ‘unspayed.’ Spaying is the surgical removal of the reproductive organs. The procedure most commonly administered by veterinarians in the United States is the removal of both the uterus and the ovaries, known as an ovariohysterectomy. Another common type of spay is an ovariectomy, where just the ovaries are removed. These procedures are both permanent, as the dog no longer possesses the organs necessary for reproduction.

However, an alternative procedure called tubal ligation exists, which leaves the ovaries and uterus in place while still sterilizing the animal. A tubal ligation involves cutting or blocking the fallopian tubes to prevent pregnancy. By blocking the fallopian tubes, the egg cannot reach the uterus to be fertilized and the sperm cannot travel up the tubes to reach the egg. Thus, the animal is sterile. Though the procedure leaves the reproductive organs in place, it is generally still considered to be permanent. Little research has been done to determine whether or not tubal ligation can be reversed.

While traditional spay surgeries are much more common, some pet owners are opting for tubal ligation because of its potential health benefits. Evidence from recent studies suggests that dogs with their reproductive organs intact may actually have fewer health problems.

Dogs that are sterilized via tubal ligation have normal hormone production and fertility cycles in which they go into “heat.” Traditional spaying, due to the removal of the ovaries, impacts a dog’s growth and hormonal development. Some potential adverse side effects to spaying a dog include an increased risk of hip dysplasia and bone cancer, urinary incontinence or infections, obesity, or certain behavioral issues.

In some cases, dogs that have had their reproductive organs removed develop unwanted behaviors like noise phobias (i.e. thunder/fireworks), inappropriate sexual behaviors (i.e. mounting), or even fearfulness. On the other hand, spaying has its own suite of health benefits, like preventing pyometra (uterus infections), decreased susceptibility to mammary tumors, behavioral improvements, and no chance of ovarian or uterine cancers! Both spaying and tubal ligation have potential benefits and drawbacks. Every dog is different, so it is best to talk to your veterinarian to determine which procedure is best for your pup.

Based on the potential health impacts of both procedures, one may be better suited for your dog than another! Some dogs that might be better suited for tubal ligation include those prone to orthopedic health issues, giant breeds prone to bone cancers or senior dogs, as the procedure is less invasive and thus less susceptible to complications. Regardless of which procedure you choose, sterilizing your dog is an important consideration in responsible pet ownership!

Additionally, recovery from these procedures requires careful monitoring of your pet to ensure they aren't experiencing abnormalities or too much pain.

Here are some signs you may notice when your dog is recovering from a sterilization procedure:

Other signs your pet may show post-sterilization:

Historically, veterinarians throughout the United States and Canada have primarily performed ovariohysterectomies to sterilize female dogs, where both the uterus and the ovaries are removed. Today, ovariectomies are becoming more common, where just the ovaries are removed. In both of these procedures, the reproductive organs responsible for producing sex hormones are removed, essentially desexing the dog.

For decades, these procedures have been accepted as the best way to prevent pregnancy in dogs and help mitigate pet overpopulation. Veterinarians advocate the procedures and the general consensus was always to spay female dogs at 6 months of age. Additionally, spaying your female dog has been believed to yield only health benefits, like a greater lifespan, a reduced risk of mammary cancer, and an eliminated chance of pyometra (life-threatening uterus infection).

As these discoveries are made, tubal ligation is becoming more popular as an alternative method of sterilizing female dogs. Still, the procedure is not commonly performed, as veterinary schools throughout the U.S. tend to teach ovariohysterectomy or ovariectomy as the standard for female dog sterilization.

The traditional spay procedures performed on female dogs involve removing the reproductive organs to permanently prevent pregnancy. These include ovariohysterectomies, in which the uterus and ovaries are removed, and ovariectomies, in which just the ovaries are removed. These methods are performed surgically while the animal is under general anesthesia. Spay procedures are either done through open abdominal surgery, where a 40-70 mm incision is made in the abdomen, or laparoscopic surgery, where two small 5-10 mm incisions are made and a video scope is used. Though the former is more commonly practiced, the latter is less invasive.

A tubal ligation procedure involves cutting and tying the fallopian tubes of a female dog to prevent pregnancy. All reproductive organs remain intact, but eggs are unable to travel from the ovaries to the uterus to be fertilized. As with traditional spay procedures, tubal ligations are performed through an incision in the abdominal cavity or laparoscopically.

This procedure is slightly less invasive and thus may be less susceptible to surgical complications. Though the reproductive organs are still intact after a tubal ligation, there is little research done surrounding it’s reversal and it is currently considered to be permanent.

Training Your Dog Through Recovery From Sterilization

Post-operative care is an important aspect of ensuring your dog is healthy and experiences minimal pain after undergoing a spay or tubal ligation procedure. Some dogs bounce back quickly after the surgery, while others may experience more pain and discomfort. As general anesthesia is used during these surgeries, your dog may be groggy, off-balance, agitated, and/or aggressive for up to 24 hours after surgery.

It is best to isolate her in a crate or small room as the effects of anesthesia wear off to prevent her from injuring herself or others. The effects of the anesthesia may make your dog more prone to nipping or biting.

As your dog recovers, limit her activity and separate her from other animals or children. Prevent jumping and running for approximately two weeks after the surgery so the incision can heal without complications. Overactivity tends to occur when the dog’s pain is well-managed, but this should be limited in order to prevent irritation or opening of the incision!

Administer any provided pain medication throughout recovery as directed by your veterinarian. If vomiting, diarrhea, decreased appetite, or lethargy occur or if there is discharge, swelling, or redness at the incision site, contact your veterinarian. Some veterinarians use dissolvable sutures while others use sutures that need to be removed, so be sure you know what type were used and establish follow-up care as necessary.

With thorough care and caution, your canine companion will be back to her normal self in no time!

Safety Tips for Handling Your Dog During Recovery 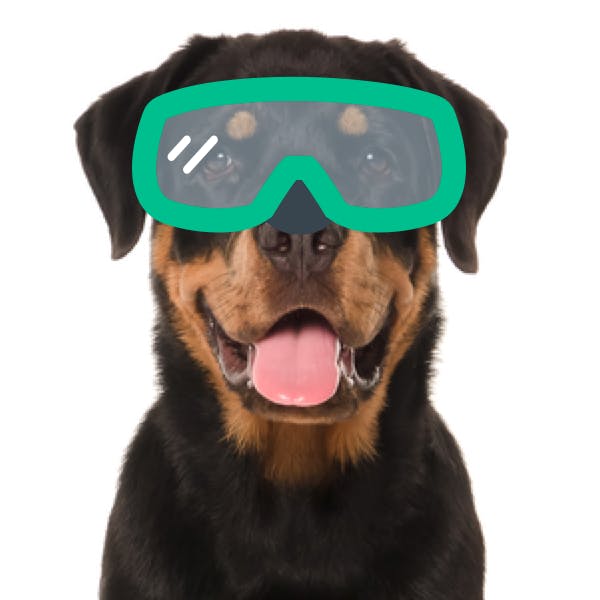