How to Prepare for Adopting Multiple Cats 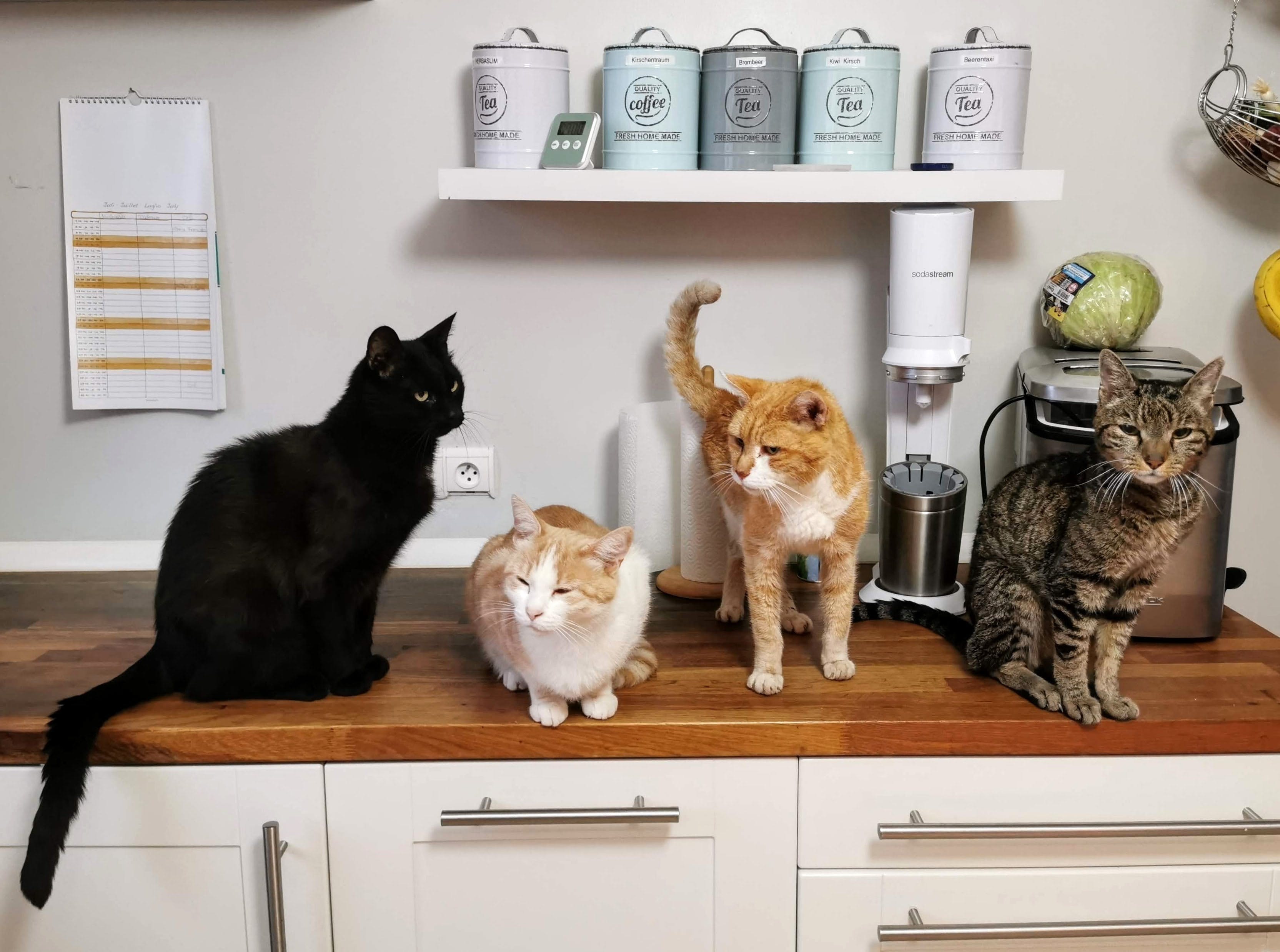 Thinking about adding a few feline friends to your family? Adding multiple fur-babies to your household can be a stressful process, but there are several ways you can prepare to make the transition a little easier.

Read on to find out why it's a good idea to adopt multiple cats at once and to prepare your home for the latest cats to join your clowder.

Many pet parents and experts think it's a better idea to adopt 2 cats at once rather than a lone little lion. While we always think of cats as aloof, solitary creatures, they actually benefit significantly from social interactions. Interacting with other cats will help Smudge develop better social skills with humans and animals.

As well as helping develop each other's social skills, cats will keep each other entertained. This is perfect if you're keeping the cats indoors or you work long hours.

Ideally, you'll want to adopt multiple cats from the same litter, whether as kittens or from a shelter. Cats are family-oriented and get on better with members of the same litter than outsiders.

Planning on adopting 1 tiny tiger, but may get another down the line? Cats are territorial animals and may be aggressive towards their new playmate once established. While your cat may benefit greatly from having another feline around, it'll take a long time to fully integrate and introduce your latest fur-baby to your first cat.

Preparing your home for multiple cats

You won't have to do much differently when preparing your home for multiple cats rather than a single feline. That being said, there are a few steps you can take to ensure there aren't too many catfights.

You don't need a huge home to keep your several cats happy, but you'll need a few quiet spaces where your new fur-babies can be alone. Providing a few spaces under beds or in closets where each cat can escape will go a long way towards a harmonious household.

As well as a few dark, quiet spaces, it's important you purchase a cat tree or 2. Having a large cat tree with multiple perches is a good idea — cats love sitting up high as it makes them feel safe.

Sitting high up can also be a sign of dominance among cats. However, cats are usually pretty flexible in their hierarchy and will rotate who gets to be king of the hill.

You can avoid any litter box disputes by having 1 more litter box than you do cats. For example, if you have 2 cats, set up 3 litter boxes. This way, there will always be a spare, so the lowest-ranked cat has somewhere to do their business.

Along with litter boxes, food bowls are another area that causes friction amongst felines. As you'd imagine, cats are protective of their food and are generally unwilling to share with those further down the pecking order.

The best way to resolve these food wars is by placing multiple bowls in separate rooms, so each cat can eat in peace. Cats don't tend to have as many issues with water bowls as food bowls, but it's a good idea to keep a couple around the house anyway.

If you're bringing home 2 older cats, you'll find it much more difficult to get them to accept each other. Ideally, you'll want to bring the cats home at the same time, although the chances are there will be a short gap.

It's worth noting that even if you're very careful when introducing multiple older cats from different litters, they may never be the best of buds.

When adopting multiple cats, it's worth asking the shelter about their personalities and if they think they'd be a good fit for a multi-cat household.

If the shelter says a cat is solitary and hasn't socialized much with other cats, they may not be the best fit. A cat who has been around other felines or has lived in a multi-cat household before will likely be a better fit.

However, just because one cat gets along with another doesn't mean they're social butterflies. If you get 2 older cats from multi-cat households who are very sociable, you should still proceed slowly when introducing them.

Introducing two cats without taking the proper precautions will likely lead to aggressive behavior, and your cats may never get along properly as a result.

Scent plays an important role in getting a cat to accept another cat in their territory. At first, you should place the cats in separate rooms so they don't feel overwhelmed dealing with a new environment and another cat. Consider buying a pheromone diffuser to get rid of any lingering pheromones, which will help calm the cats.

Once your cats seem settled into their rooms, you can try swapping scents. Take a towel or blanket from each cat and place it near the other cat. If a cat hisses or avoids the towel/blanket, move it further from their food bowl. Over time, move the towel closer to the cat's food bowl so they grow used to another cat being around when they're vulnerable.

After a while, try swapping their food bowls over so they're entirely comfortable with the other cat’s scent. There's no set time for how long it takes for cats to accept each other's scent — it can range from a few hours to a few weeks. Once they seem accepting of each other's scent, you can try a face-to-face introduction.

During your first introductions, you may want to try feeding your cats on opposite sides of a closed door so they can get used to another cat being around while they chow down. The best way to do a face-to-face meeting is through a baby gate or a screen door so they can see each other but can't interact.

Try to encourage them to play with a toy through the baby gate or screen, but don't force them together if they seem aggressive or uncomfortable. Once they're sniffing each other's noses and rubbing against the door, you can start to consider letting them in the same room without a barrier. If you're unsure, try opening the barrier a little bit and let them sniff to see if there's any aggression.

There may be some fighting during the introduction, so try clapping or making a loud noise to distract them. Avoid yelling, as this will make the cats uneasy. Don't force them to interact and let them have space to slowly get used to each other. It can take several months for cats to get along, so stick with it, and they'll learn to be friends or, at the least, tolerate each other.