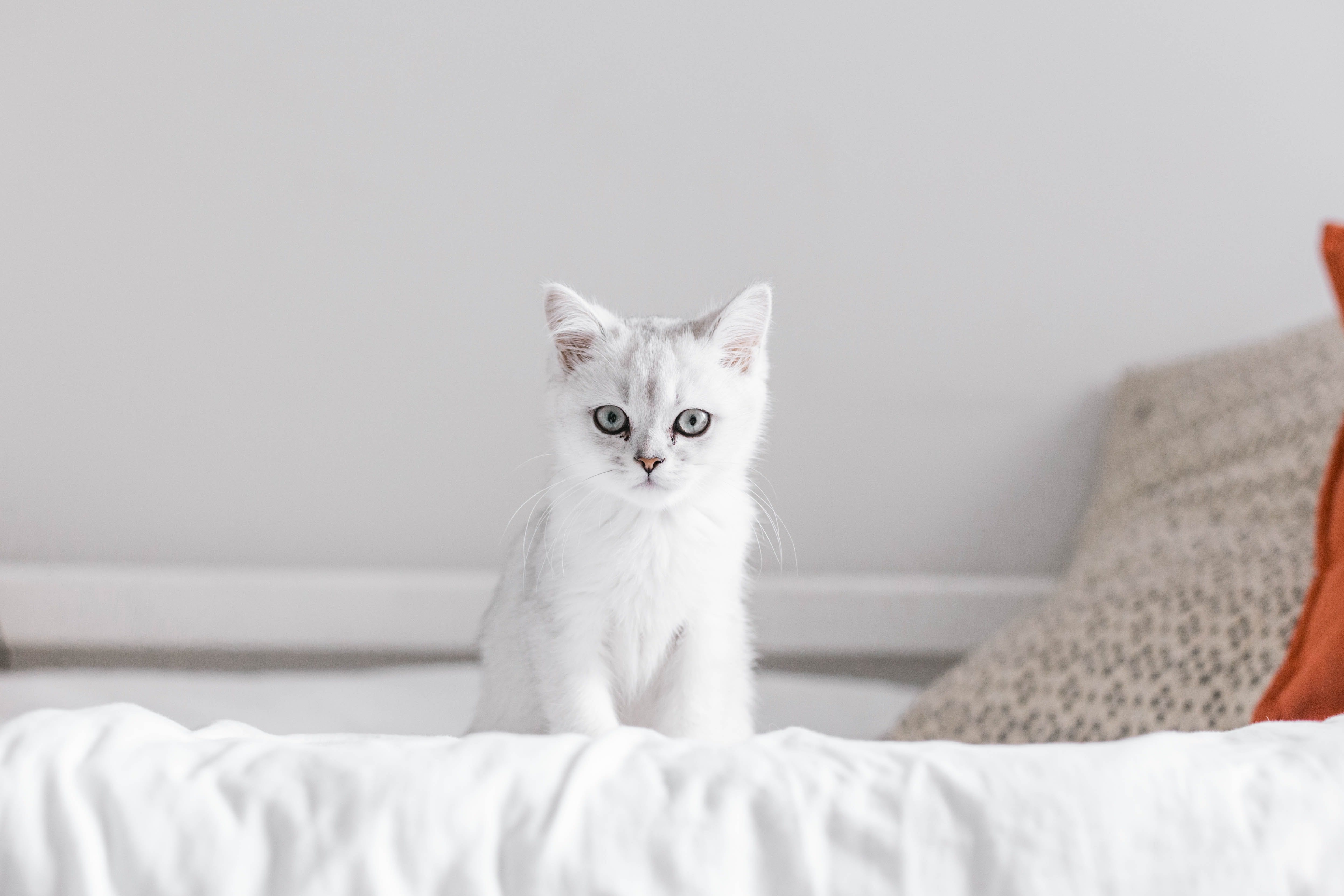 The purr is one of the most common cat vocalizations, and yet there is still so much we don’t know about it. Though there have been studies about why and how cats purr, research on feline communication has lagged behind that of canines, and theories about what causes a purr are still up for debate. But there is one question that has a definite answer, and that is, when do cats start purring?

At what age do kittens begin purring?

Some kittens can begin purring when they are just a few days old, while others may not start until up to 3 weeks old. Kittens purr to let their mother know where they are, to get their attention come feeding time, and to communicate that they’re okay. Purring also helps mom and her kittens bond, and mama cats use the sound as a lullaby.

While feral cats normally only purr as kittens, domestic felines carry the behavior into adulthood; some adult house cats will purr when it’s dinnertime to let their humans know that it’s time to fill up their food bowl.

It is believed that feral mama cats discourage their kittens from purring to keep predators at bay, hence feral felines tend to be quieter than their domesticated cousins. In addition, house cats may have developed their vocal habits to better communicate with humans and get what they want.

How is the purring sound produced?

It was once thought that a cat’s purr was produced from blood flowing through the inferior vena cava, a vein that transports deoxygenated blood to the right side of the heart. But further research found that the sound likely comes from the internal muscles of the larynx. As the laryngeal muscles move, they open and close the glottis (the area around the vocal cords) and the air vibrates over the laryngeal muscles, thus producing the purring sound.

Since all cats are different, they purr in their own way and at various volumes. Some purr a lot, while others never do. There are also felines who purr in near silence, and the only way to tell that they are doing it is by touching their throat to feel the vibration.

What’s in a purr?

Purring is a small cat vocalization—aside from house cats, bobcats, lynxes, ocelots, and others also purr. With the exception of the snow leopard and cougar, large cats do not make the sound. Another thing that makes the purr unique is that it is produced during the entire respiratory cycle, that is, while the cat is inhaling and exhaling. By contrast, meows and other vocalizations are only produced during exhalation.

No one knows for sure why cats purr, but many interpret it as a sound of contentment. While it is true that cats purr when they’re happy, it is not always the case. Cats also purr when they’re unhappy or in pain—they do it as a self-soother to calm themselves down in a stressful situation, such as a vet visit.

Moreover, scientists believe that a cat’s purr can heal bones and wounds when produced in a frequency range between 20 to 150 hertz. This is why injured cats purr as well, and possibly why cats tend to recover more quickly from surgery and have fewer complications compared to dogs.

And as mentioned earlier, domestic cats purr to obtain something from humans, usually food or attention. Interestingly, the “solicitation purr” is more like a cross between a meow and a purr and has a frequency similar to that of a baby’s cry, a sound which we humans naturally respond to.

The best way to guess why your cat may be purring is to look at the context and their body language. For example, if it’s early in the morning and they’re purring while patting your face, they may be asking for breakfast. If they’re purring while they’re curled up on your lap, it probably means that they’re happy and content.

A cat’s purr can indicate many different things, from fear to contentment. Make sure your feline friend’s purr is the happy kind by keeping them healthy. Paying for your kitten’s routine shots, bloodwork, and tests can be difficult to budget for. Fortunately, Wag! Wellness plans reimburse routine care costs for your pet within 24 hours. In the market for a wellness plan? Compare wellness plans to find the right match for your pet!